Fifteen people have been arrested on suspicion of sex trafficking in a series of dawn raids in east London.

Officers discovered 29 alleged victims as they busted a Romanian gang suspected of smuggling women into Britain to work as prostitutes.

They also seized money, drugs and a stun gun. Another man was arrested in Romania in simultaneous raids.

Addresses were raided in Redbridge, Havering, Barking and Dagenham, Tower Hamlets and Newham at around 6am. 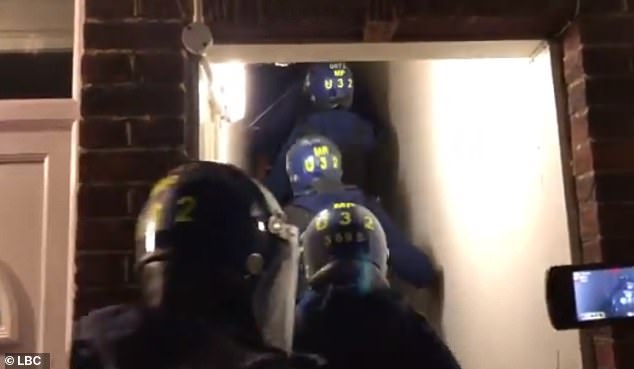 Gang Of Youths brings the house down as they perform hits during NRL grand finals pre-game show
UK autonomous vehicle trials to receive £25 million grant
Stores slash Christmas prices by 80 per cent to survive retail 'bloodbath'
Lance Corporal found hanged at barracks where two soldiers 'commited suicide'
Hands on with Sony's cut-price film phone
Iranian missiles on boats in the Persian Gulf was 'credible threat' that sparked US evacuations
ROBERT HARDMAN: A postcard from the edge of the Tory abyss
Jennifer Arcuri in visa trouble around time of alleged Boris Johnson scandal