An elaborate web of lies concocted by the man accused of murdering British backpacker Grace Millane collapsed when he was confronted by a picture of himself entering his hotel with a suitcase, a court heard today.

Video footage of the defendant’s first police interview was played to a jury at Auckland’s High Court in  today.

It showed him trying to convince police for more than an hour that he said goodbye to Grace, 22, of Wickford, Essex, after their Tinder date ended in December last year and he went drinking with friends instead.

But he was forced to concede he was lying after detectives presented him with a CCTV still of him entering the hotel where Grace died with the suitcase she was discovered in.

Jurors were also shown images of the shocking moment detectives found the suitcase Grace’s naked body was found in buried in a wooded area outside Auckland. 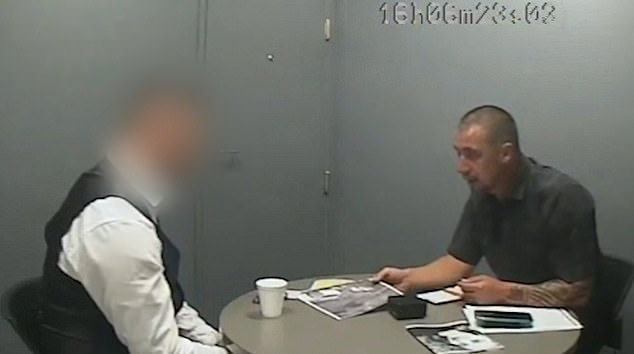 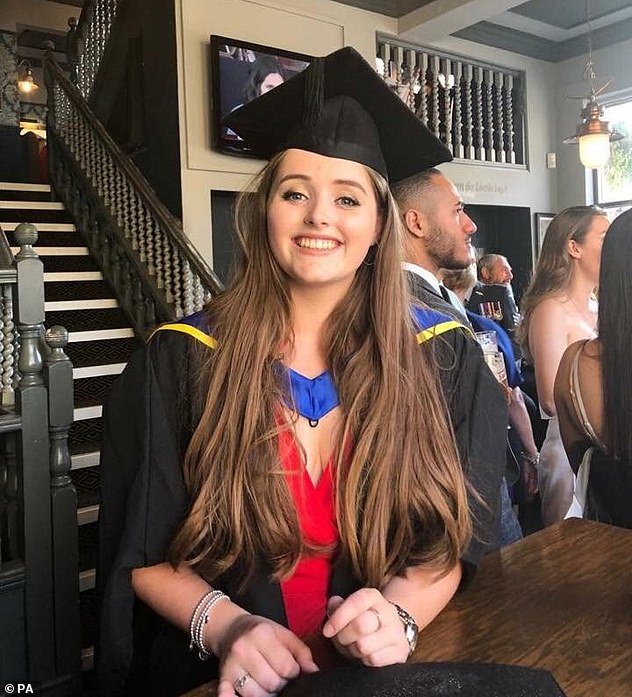 Grace Millane (pictured on her graduation day from the University of Lincoln) vanished during the early hours of her 22nd birthday while on a round-the-world trip in New Zealand. Her body was later found inside a suitcase in the woods near the city 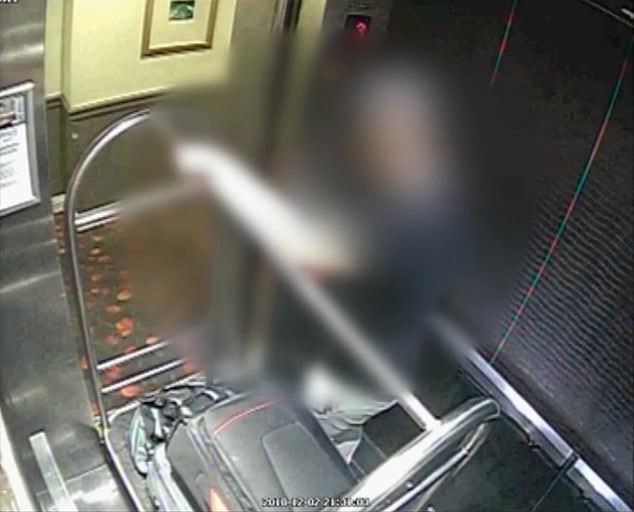 CCTV stills show the defendant with the suitcase inside CityLife hotel in Auckland, New Zealand 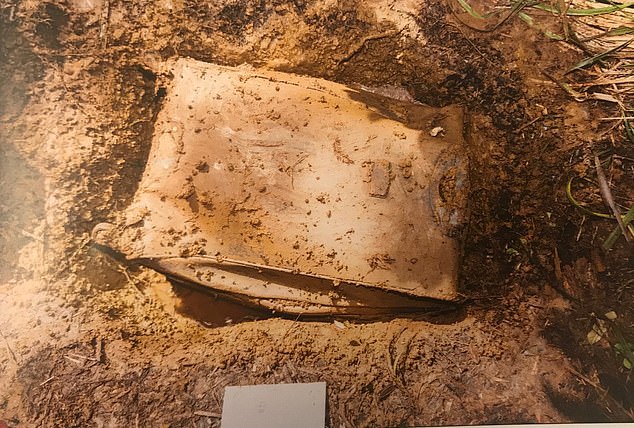 For more than an hour, the 27-year-old gave an account packed with details of how he said he had spent the night of his Tinder date with Grace five days before.

With a photograph of the young university graduate, then being treated as a missing person, on the table in front of him, he said he had said goodbye to Grace with ‘a hug and a kiss on the cheek’, hoping to see her the next day to celebrate her 22nd birthday.

Then he told Detective Sergeant Ewen Settle, he had gone to meet a work colleague but ended up drinking himself into a stupor in a pub and waking up in his apartment the next day believing he had been carried in by the concierge.

He was a heavy drinker at weekends, he said, when he tended to ‘go crazy’, and after sharing cocktails with Grace he had gone to a bar and drunk 10 glasses of Tui beer, paid for in cash, and treated 20 other people to drinks.

He said he woken up the next morning, had ‘a bit of a vomit’ looked at his phone and seen it was 10am. 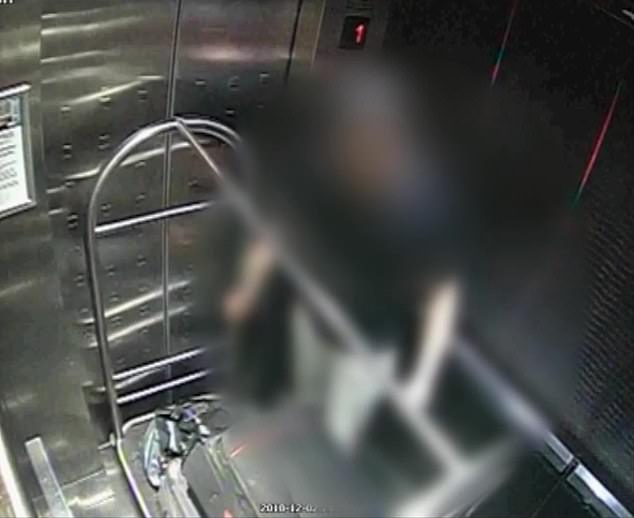 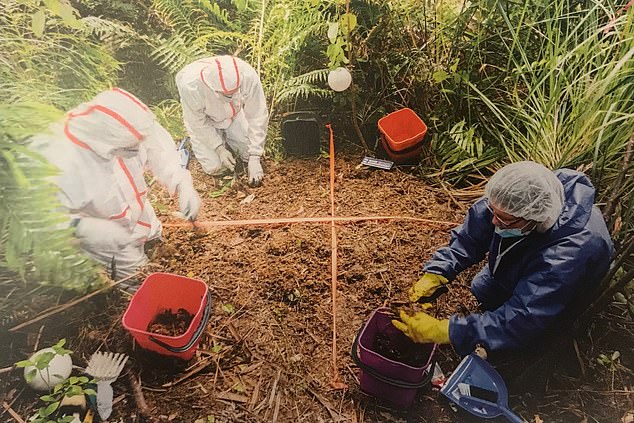 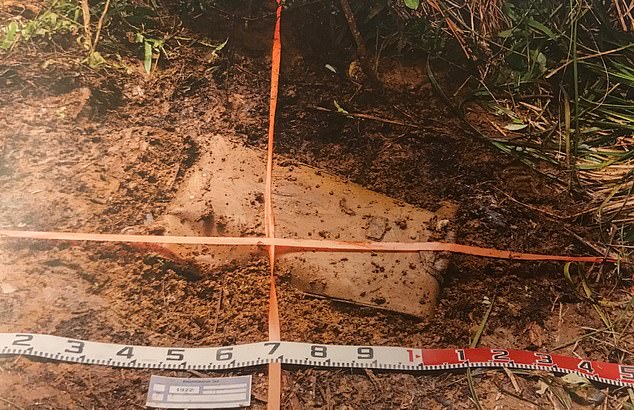 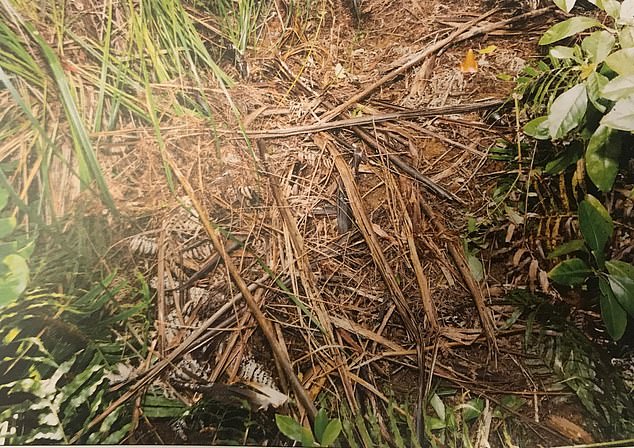 He had tried to text Grace on Tinder the next day but she had unmatched him.

Later that morning he had gone for ‘a scotch fillet, medium rare, with mushrooms, chips and salad’ for breakfast before having a nap and going to meet a friend from work, he told DS Settle.

The detective told him the search for Grace, whose parents had reported her missing the previous day, was ongoing and he asked if the alleged killer would give a voluntary DNA sample. ‘100 per cent,’ said the man, who cannot be named for legal reasons.

‘I know I haven’t done anything wrong so I’m happy to do it.’ ‘We are very, very concerned for her safety,’ DS Settle said.

‘She might be dead and it could be that you’ve done it.’ 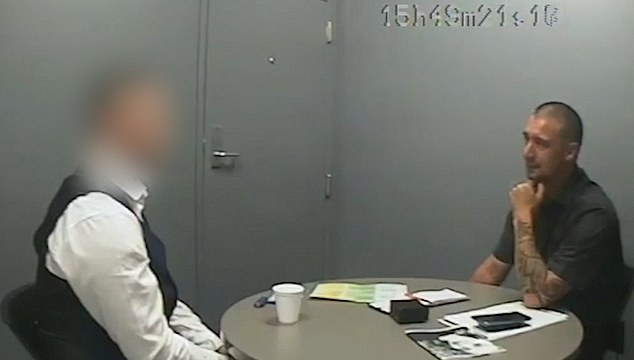 The jury of seven women and five men watched, however, as instead of proceeding with the DNA sample, DS Settle told him minutes later: ‘We have reached a point where we have to advise you of your rights.’

He showed the man a photograph of him entering the CityLife hotel, where he lived, at 8.15am on the Sunday with a suitcase he had bought that morning and told him: ‘You haven’t told the truth. You’ve told a lie.’

The man said: ‘I’m being truthfully honest with you, I’ve still got that bag in in my room.

‘I might have got the times wrong but if you are assuming I was using that suitcase for something I’ve still got it in my room and you guys can have it.

‘It came from The Warehouse [a chain store]. I bought it that day because I was having to move all the stuff out of my room.’

The man said he had to remove all his blankets and pillows and belongings. 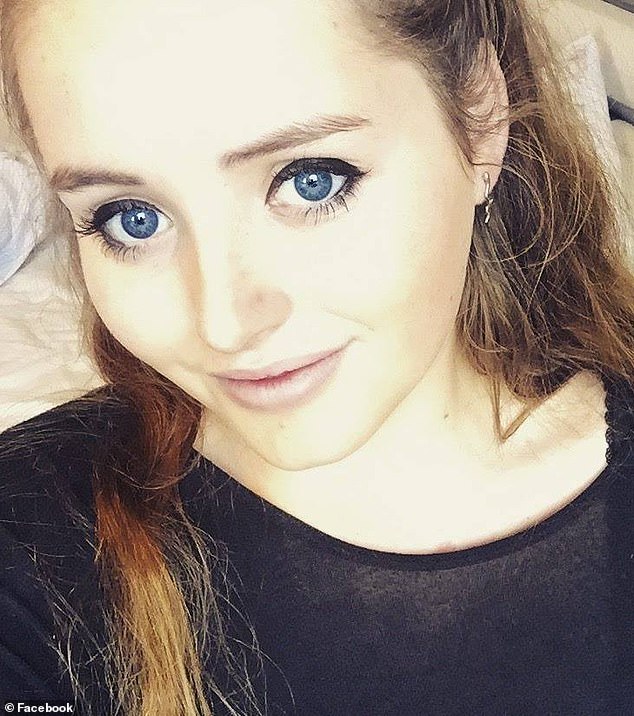 Grace’s body was found in a wooded area near Auckland a week after she was last seen at a hotel in the city centre, a court heard

In fact, the trial has heard, he used the suitcase to take Grace’s body in a hire car to remote, dense woodland where he buried it in a shallow grave early on Monday morning.

The Crown say he bought a second, identical suitcase which was left in his room at CityLife.

He is accused of strangling Grace, from Wickford in Essex, during sex before watching a string of hardcore pornographic videos on his mobile phone.

The man says she died accidentally after asking him to choke her during sex to increase her enjoyment.

After the footage of the man’s interview, the jury saw CCTV footage which showed him on Sunday morning buying the suitcase, cleaning equipment and going for another Tinder date on Sunday afternoon, as Grace lay dead at CityLife.

Her body was discovered a week after her death when police tracked the man’s cellphone movements. He denies murder. The trial continues. 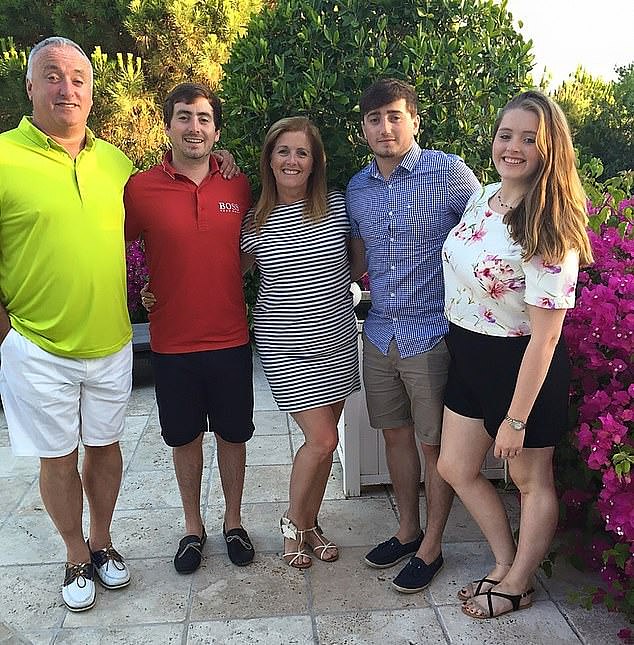 Florida father is arrested in a cold case rape and murder
Fresh pressure for John Bercow in Westminster bullying row after claims he 'screamed' at a clerk
Bill and Hillary Clinton vote together in New York
Brad Pitt, 55, and Charlize Theron, 43, 'dating' after being introduced by her ex-fiance Sean Penn
Climate change 'will increase the number of children born with heart defects'
Trump comes out in favor of gay marriage as Pete 'Boot Edge Edge' becomes serious challenger
Mother, 41, nearly loses her foot after it was ravaged by skin-rotting infection in Benidorm
Third class travel returns as Avanti West Coast promises 'premium economy' tickets