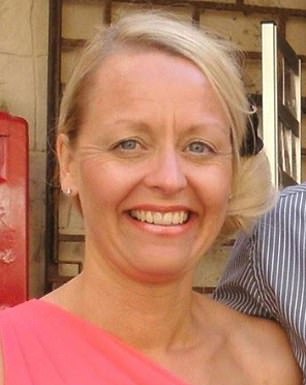 Alison Douglas, 48, was found dead at her home in Hull following a ten-month battle with anxiety and depression after being diagnosed with the condition

A mother killed herself after becoming crippled with anxiety over her breast cancer diagnosis despite being given the all-clear, an inquest heard.

Alison Douglas, 48, was found dead at her home in Hull following a ten-month battle with anxiety and after being diagnosed with the disease.

Despite the all clear, and doctors saying 70 per cent chance of surviving across the next ten years, the mother of one could not accept the cancer had gone.

An inquest at Hull Coroner’s Court heard Mrs Douglas tried to take her life on two previous occasions and had self-harmed.

Evidence read in court from her husband of 31 years, Dale, described her as a ‘very kind, funny person, who was popular with others’.

Mrs Douglas was receiving help from Miranda House mental health unit for the first time since her mental health severely declined in November 2018 following her cancer diagnosis in June that year.

She told staff that since her diagnosis she had to give up work, which made her feel ‘worthless and a waste of space’ and she felt ‘overwhelmed by simple tasks’.

At one point Mrs Douglas’ anxiety got so bad she could not leave the house and she told professionals that her mental health was that bad it felt like she was having ‘acid thrown on her body’. 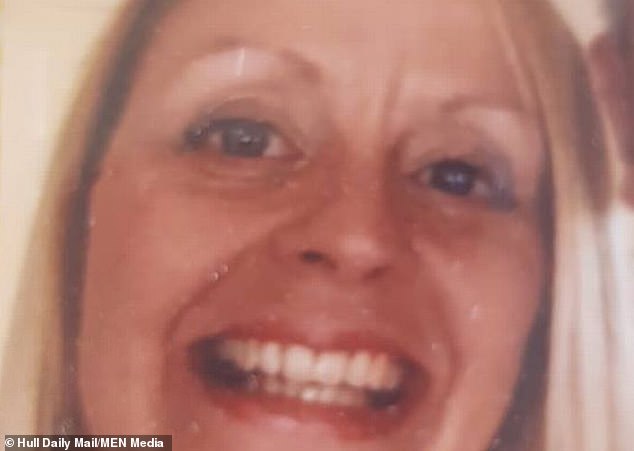 Evidence read in court from Mrs Douglas’ husband of 31 years, Dale, described her as a ‘very kind, funny person, who was popular with others’

Due to having three operations to remove the tumour, Mrs Douglas was worried about the future and had a loss of confidence and was not sleeping.

A report was commissioned by Hull University Teaching Hospitals NHS Trust in order to find out if the support Mrs Douglas received for her mental health problems was sufficient.

It was found that health professionals had done everything in their power to help her.

Senior coroner Professor Paul Marks concluded that Mrs Douglas had ended her own life on April 17 this year.

Toxicology results showed that no alcohol or illicit drugs were found in Mrs Douglas’s system and the medicated drugs including antidepressants detected were at a medicinal level.

Prof Marks said the death was ‘tragic and ironic’ due to her being clear of cancer and because it was ‘more likely than not that Alison would be alive and well 10 years hence’ due to her prognosis.

Prof Marks said: ‘This is a most unfortunate case and I have considered the conclusion very carefully.

‘The key point in finding a conclusion of suicide is showing intent and that the deceased knew that their actions would result in the ending of their life.

‘I have no doubt that Alison’s actions showed that she intended to end her life, so I find a conclusion of suicide.

‘It is tragic and ironic that it is more likely than not that due to being given the all clear, predictions showed Alison would still be here, alive and well 10 years hence.’

Mr Douglas said of his wife: ‘Alison was a very kind, funny person who was popular with others.

‘She worked at Humdinger [a food production company] and loved her work and used to run a lot of charity events and events for mothers.

‘When she was 17, she met me when we both worked together and we married and moved into together in August 1993 and enjoyed holidays and long weekends.’

He described her as ‘always smiling’ and added: ‘She was mad on animals but was restrained by her allergies as to the pets she could have.

‘She was a big lover of giraffes and adopted a giraffe from Chester Zoo for our son.’

For confidential support on suicide matters in the UK, call the Samaritans on 08457 90 90 90, visit a local Samaritans branch or click .

Rogue trader convicted of fraud launches last-ditch...
'He lied a lot': Trump blasts Michael Cohen bombshell testimony for intruding on his Vietnam summit
PLATELL'S PEOPLE: Diana would have knocked sense into her boys after their break-up
Taliban attack on military complex leaves more than 60 people injured
Meghan Markle's organic baby shawl used to swaddle Archie made by workers earning 37 PENCE an hour
Boy, six, can no longer walk, talk or swallow after sepsis
How YOU can be a tree angel this Christmas
Queen honours Meghan Markle's aide Clara Loughran who gave Duchess her wedding flowers