The 2019 line-up touched down in Australia on Monday.

And hot on their heels was Kate Garraway, who arrived in Airport looking sensational in a leopard print wrap dress as she touched down in style.

The Good Morning Britain host, 52, who has been teasing her appearance in the jungle for weeks, was beaming as she prepared for the challenges ahead and admitted she will represent the older women in the camp. 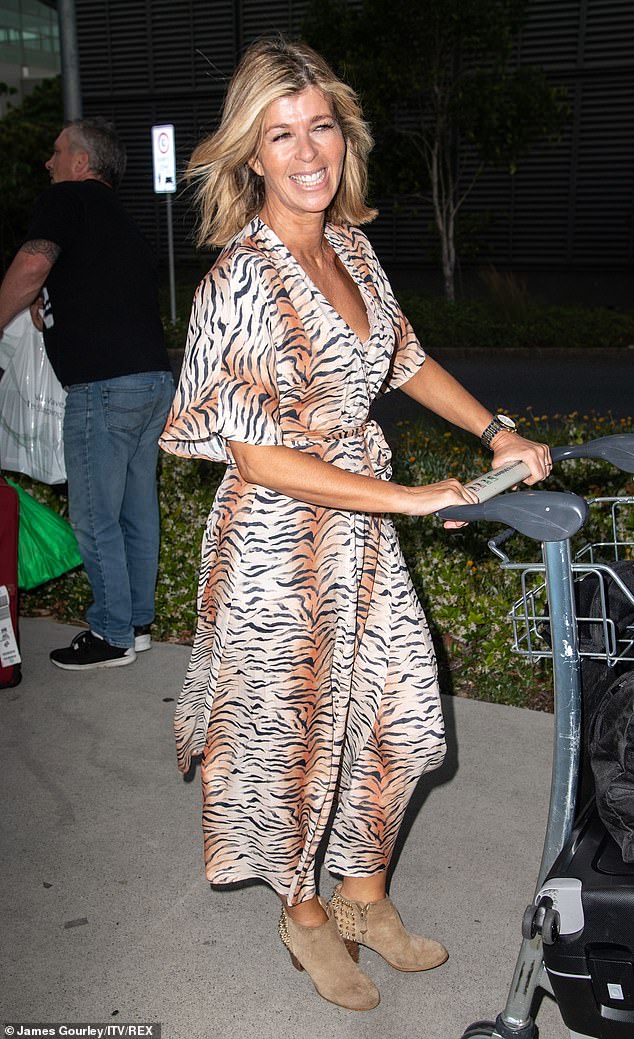 Here she is! The I’m A Celebrity 2019 line-up touched down in Australia on Monday and hot on their heels was Kate Garraway, who arrived in Brisbane Airport looking sensational in a leopard print wrap dress as she touched down in style

Kate looked stunning in the tiger print dress as she headed through and showed off her svelte frame as she heads to the trials and tribulations of the jungle.

When asked about her biggest fears, the TV presenter said: ‘Spiders, heights, being in a box covered with snakes – I am terrified of absolutely everything.’

She has vowed to fly the flag for older women in the jungle while also insisting her role would be cooking for her campmates. 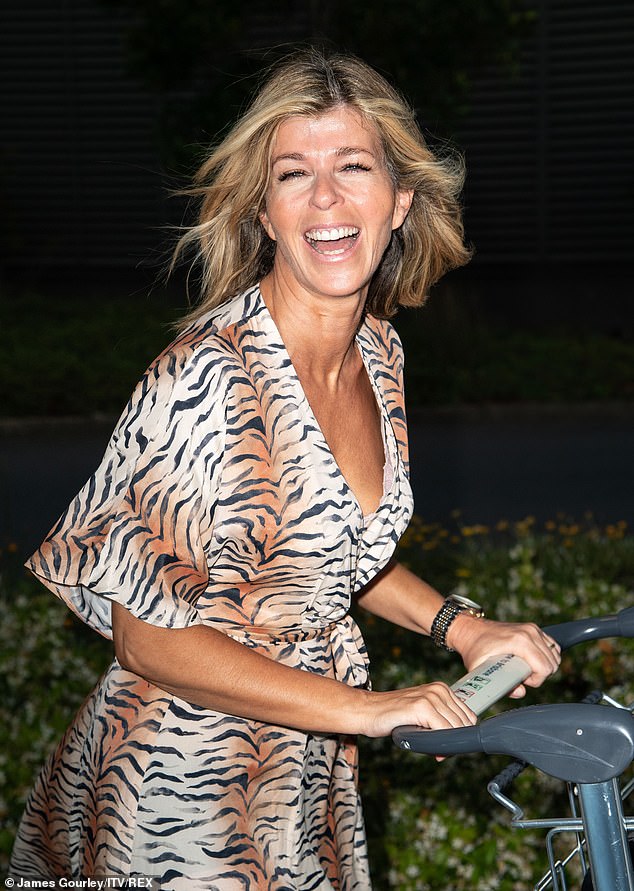 Beaming: The Good Morning Britain host, 52, who has been teasing her appearance in the jungle for weeks, was beaming as she prepared for the challenges ahead 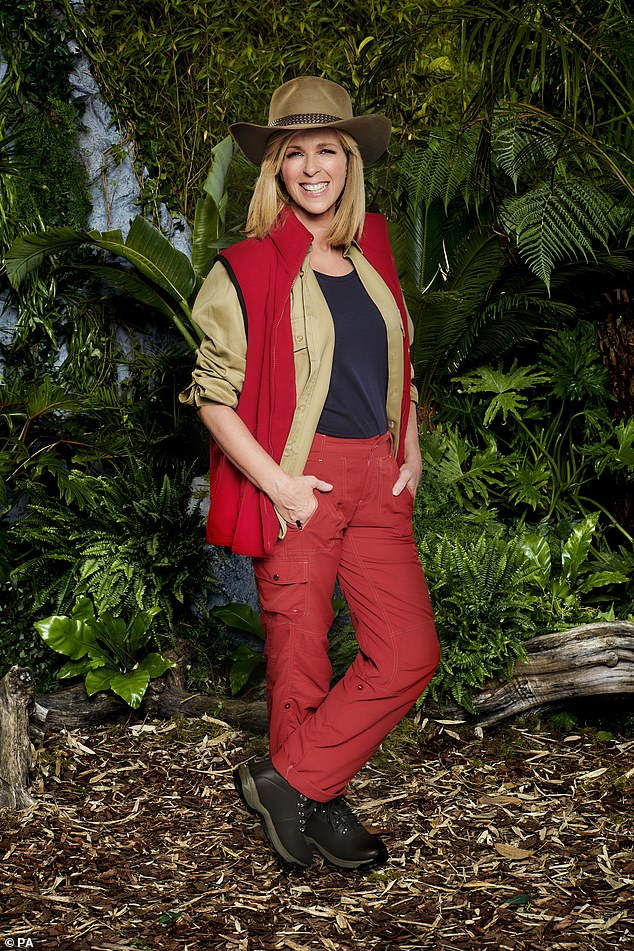 Here come the girls! She has vowed to fly the flag for older women in the jungle while also insisting her role would be cooking for her campmates

Before the big reveal of this year’s line-up, Kate joked on Good Morning Britain that she would back in the Versace Hotel – which has long housed the contestants before and after their time in the jungle.

At the very start of the show, Ben and co-host Susanna Reid were discussing Kate’s social media following, with Richard Arnold nothing that she might not have enough support for her jungle stint.

While Kate refused to officially confirm she’s heading into the jungle, she said to her co-hosts: ‘I’ll be back in the Versace [hotel] with that smorgasbord of sushi and dirty burgers.’ 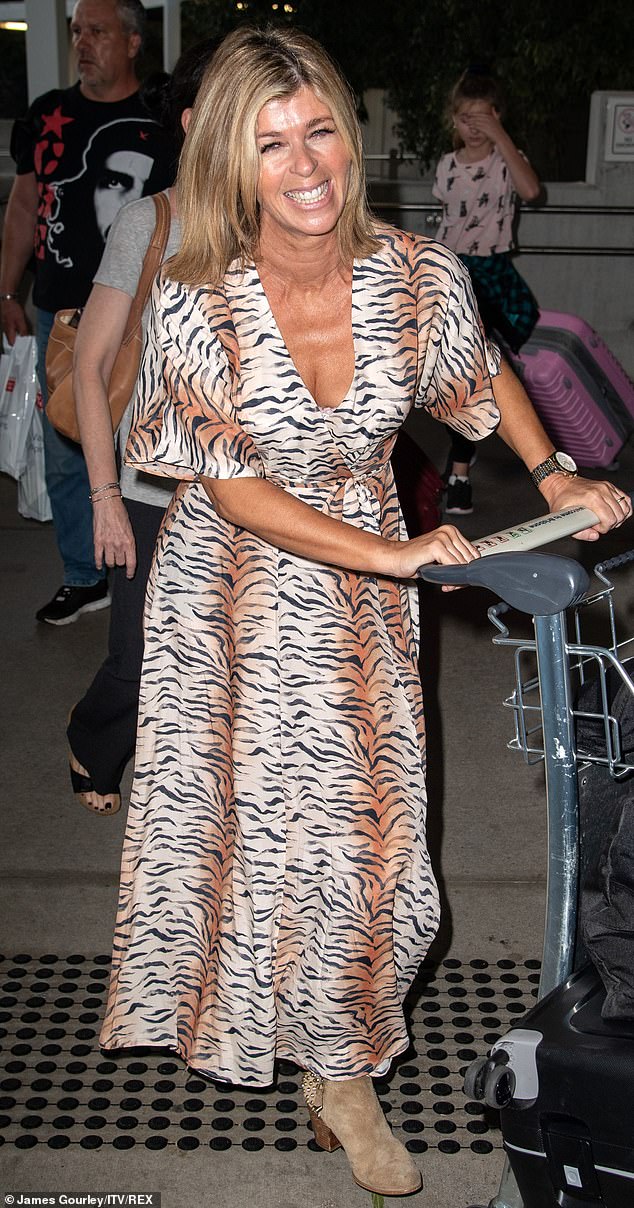 Beaming: She appeared giddy as she beamed at cameras while heading through the airport 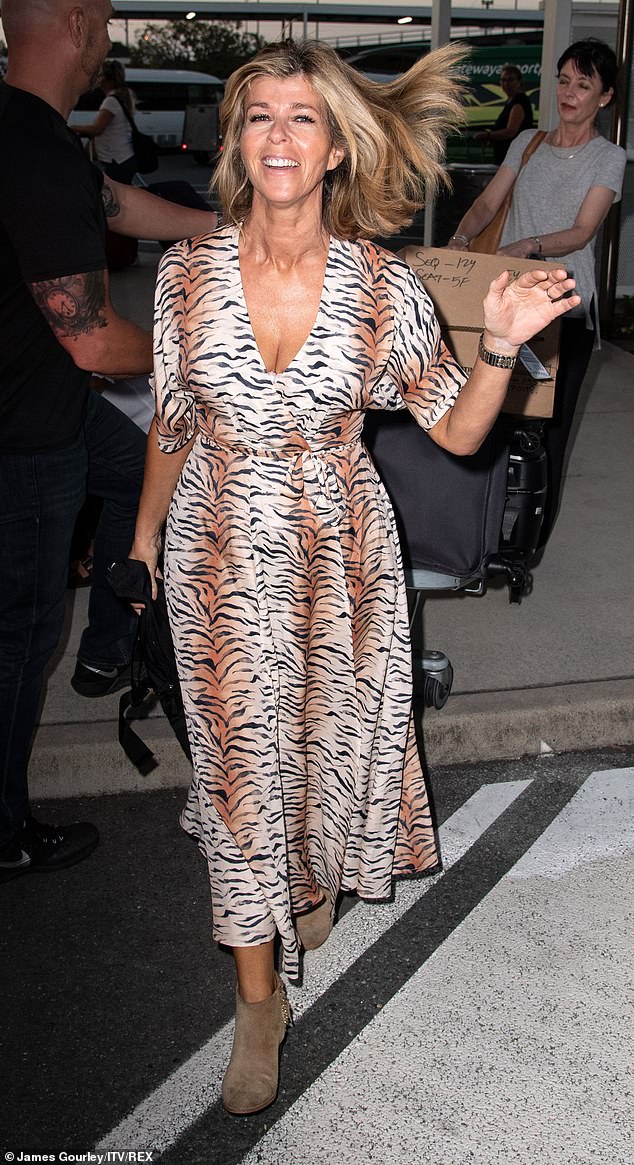 Cheeky! She showed off a hint of cleavage as she touched down Down Under

Shop the dress at Atterley

Kate Garraway is just one of the handful of celebrities about to enter the renowned I’m a Celebrity jungle and give up luxuries like her coveted wardrobe.

So it’s no wonder she took one more golden opportunity to show off one of her trendy dresses as she touched down in Australia.

The ‘Coco’ dress is right on cue with fashion’s obsession with animal prints (yes, that’s still a thing) and features an ombre inspired orange colourway with tiger stripes in contrasting black. The figure flattering wrap dress has a laid-back kimono vibe, but style yours with heels and you’ll easily have a glam evening look.

Hurry and shop your size at Atterley as it’s selling out fast. Or why not snap up this doppelganger by Miss Selfridge we’ve spotted? Check it out in the carousel below alongside alternatives by Melissa Odabash and Sugarhill Brighton. 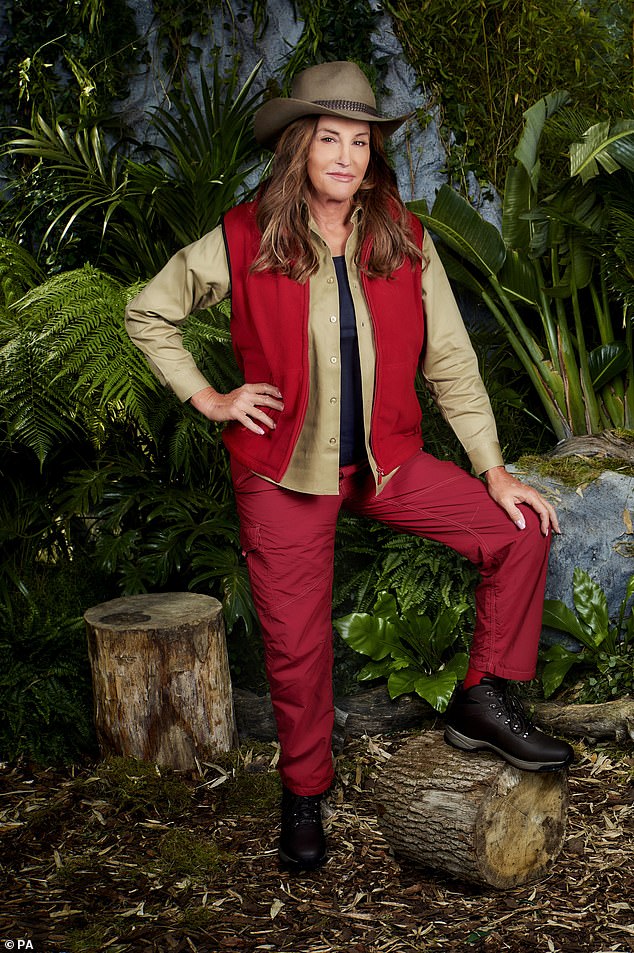 The older gals! The Goof Morning Britain presenter is the second oldest woman in the camp behind 70-year-old athlete and reality star Caitlyn Jenner

Ben clocked Kate’s reference and quickly added: ‘Really?!’ which led her to try and backtrack by adding: ‘Well if I were to be, ever in the future, going in…oh.’

This is only the latest hint that Kate has joined the I’m A Celebrity, following reports in recent weeks that she had finally struck a deal with show bosses.

Later in the show Ben added more fuel to the fire, after Andi Peters suggested that GMB fans could meet Kate if they come and visit the set.

Ben quickly said: ‘Not for much longer, oops I can’t say that yet!’ 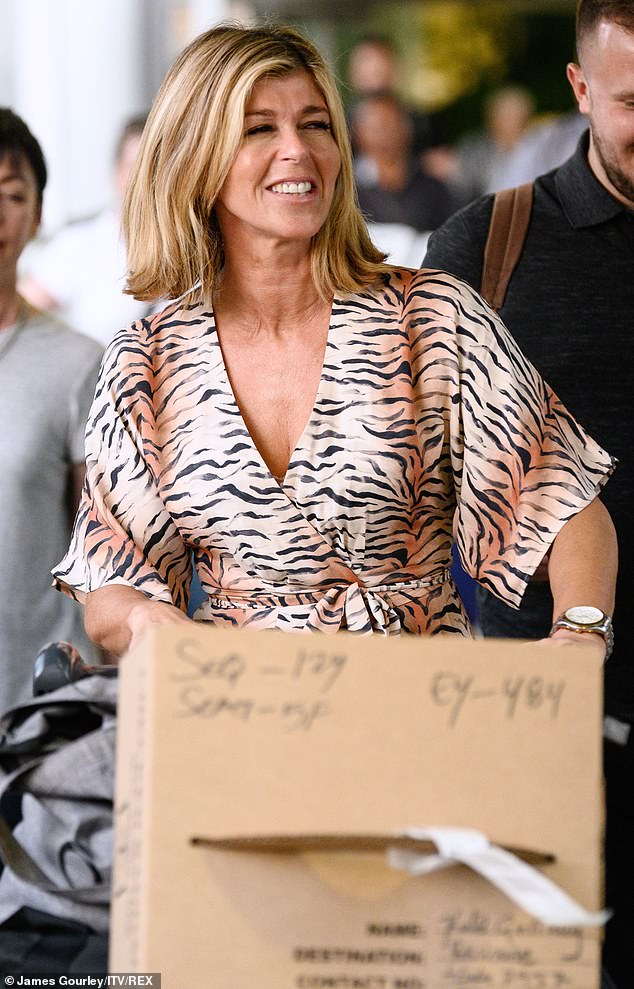 Miaow! She was giving a nod to her jungle surroundings with her animal print dress

Ellie Goulding dazzles in a sleek blush pink gown before changing into PVC pants to perform
Rami Malek and Lucy Boynton look loved-up as they accept award for Bohemian Rhapsody at AAR Awards
Glenn Close leads the stars stepping out to watch Shane Richie transform into a drag queen
Rhian Sugden, 32, plans to start IVF as model is told she has an egg count of 'a woman over 45'
Gavin And Stacey star Mathew Horne passionately kisses mystery female Burger King
Naomie Harris has revealed that she will not name the famous actor who sexually assaulted her
David Tennant's wife Georgia confirms their fifth child is named Birdie
Coronation Street's Kym Marsh visits BBC after lump scare