A furious mother has claimed that British Airways expects her to carry her five-month-old baby on her lap during an eight-hour flight to Canada and has offered to `put some blankets down’.

Kate Haussauer, 34, is due to travel with her baby son and husband from Heathrow Airport to Toronto on Saturday.

She booked a premium economy seat so there’d be a baby basket, or bassinet, where she could keep her baby during the flight.

However, she claims she has now been told by BA that they will not be using new Airbus planes for the flight.

These new planes, Ms Haussauer says, have bassinets that are not safe for babies and so she was advised to carry her son for the whole eight-hour trip.

Alternatively, the crew would ‘put blankets down’ for him. 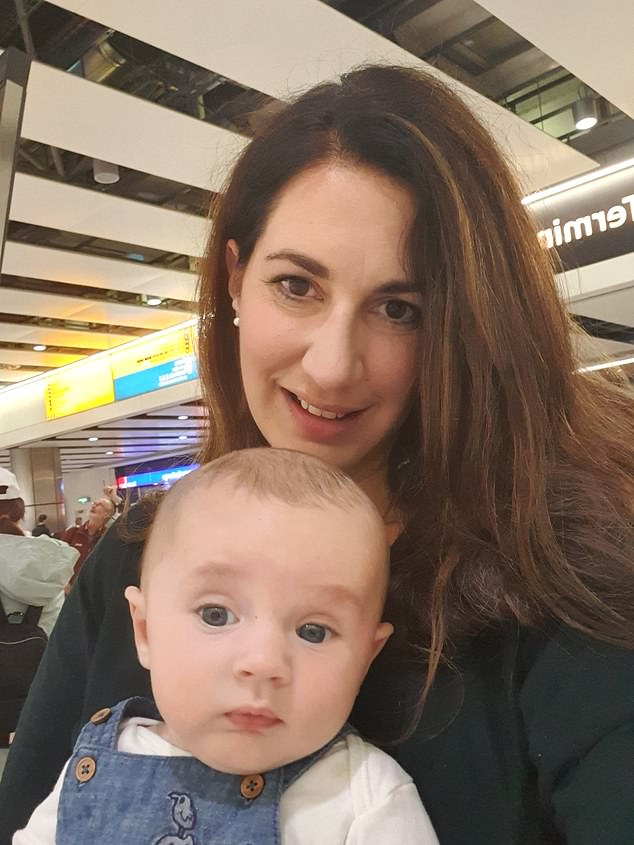 Kate Haussauer, 34, is due to travel with her son and husband from Heathrow Airport to Toronto on Saturday but has been told there will not be a basket for her baby 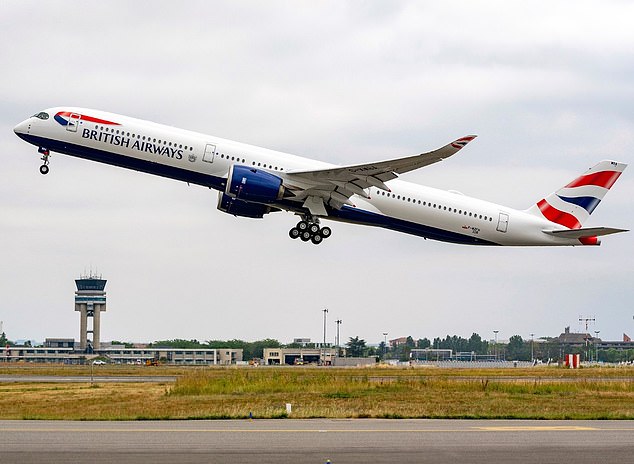 The new BA Airbus planes (pictured) used to fly to Canada do not have bassinets in economy and premium economy that are safe to use, Ms Haussauer claims to have been told

Ms Haussauer has slammed the advice.

She told MailOnline: ‘Six months ago I booked to fly to Toronto on Saturday with my husband, an active soldier in the Army, and baby son, to introduce him to family for the first time.

‘I have been called by British Airways to be told they have taken delivery of new Airbus planes for the route from Heathrow to Toronto, but the bassinets in economy and premium economy are not safe to use.

‘So, my son will have to be held for the whole flight’.

We had booked premium economy before our baby was even born so we would have a bassinet seat for him, at least while we try to eat, as this is our first flight with a baby.

‘I had also called more than once to confirm our seats and been told it would be fine.

‘I asked what I’m supposed to do with my five month old baby and BA suggested putting him in a sling or ‘putting some blankets down’. 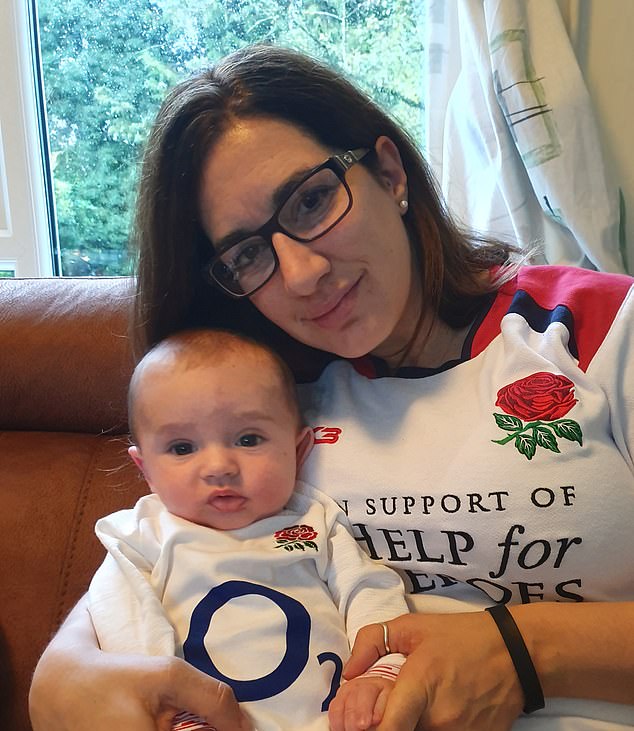 She has been advised to carry her son for the whole trip. Alternatively, the crew would ‘put blankets down’ for him 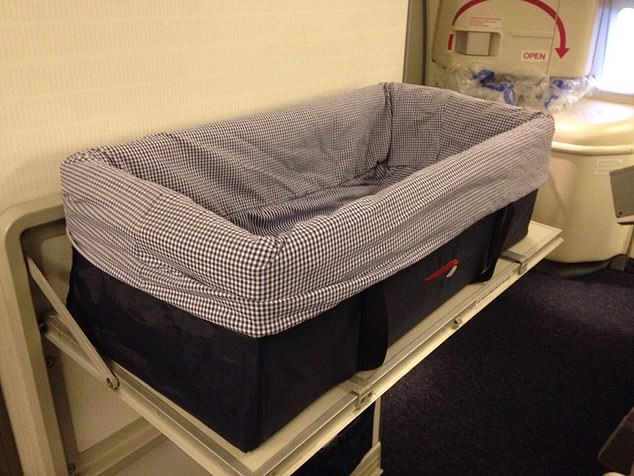 The bassinet offered by British Airways to economy and premium economy class passengers. They will not be available on Ms Haussauer’s flight

‘When I said that my five-month-old son is not flying on the floor, and pointed out the hygiene issue, I was told if I want to cancel it will refer to my conditions of travel and so, because of the late notice, I will lose all but the taxes.’

‘Given BA’s tagline is ‘To fly, to serve’ I am outraged that they are putting planes in the sky with the knowledge that bassinets are not available and suggesting putting babies on the floor as an alternative.’

She added: ‘This will be our first flight with our baby and it is to go and meet one of his Godparents for the first time.

‘We booked it before he was born, and have been really looking forward to it.

‘Having already been one of the people notified as potentially compromised by the BA data breach last year you would think they would want to improve their customer service.

‘Ultimately, I just want a way of travelling without my son being on the floor or held for eighthours and I don’t think their service is acceptable.

‘Apparently they were making several calls to people about this issue.’

A British Airways spokeswoman denied that Ms Haussauer was asked to put her baby on the floor, adding: ‘As a responsible airline, we would only ever advise that a baby can safely travel on an adult’s lap, in a bassinet or in a suitable car seat.

‘We cannot guarantee the availability of a bassinet on board and have been in contact with our customer to discuss their options.’

Britain’s ‘most wounded’ soldier will be discharged after MoD and NHS agree £7m care package
That's purr-fectly revolting: Cat gags every time she gets a whiff of her owner's cooking
Crumbs! Can YOU cook asparagus in a toaster?
Under-12s in Scotland could be BANNED from heading footballs
Megxit piles pressure on friends of Prince Harry and William, the Van Straubenzee boys
Coronavirus kills fourth member of a New Jersey family
ANDREW PIERCE: Boris Johnson is every inch a hero to David Cameron's rich pal
Madeleine McCann: Paedophile suspect had 17 convictions