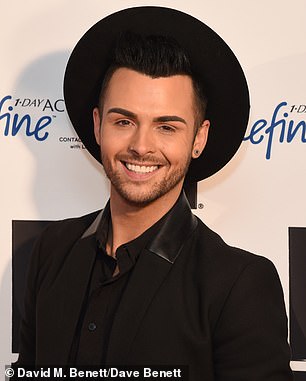 ‘Lucky to be alive’: Union J star Jaymi Hensley was rushed to hospital last night after he was involved in a horror smash on the M1

Union J star Jaymi Hensley was rushed to hospital last night after he was involved in a high-speed horror smash on the M1.

The singer, 29, was driving home after performing in Joseph & The Amazing Technicolor Dreamcoat in Sheffield when his Mercedes crashed into another car and lorry at around 11:30pm.

The former star has been left ‘shocked and sore’ as he recovers at home – and has cancelled his appearance in the musical tonight after being told to rest by doctors.

‘He’s very shocked, sore and recovering – but thankful to still be here and not to have suffered any life threatening injuries. 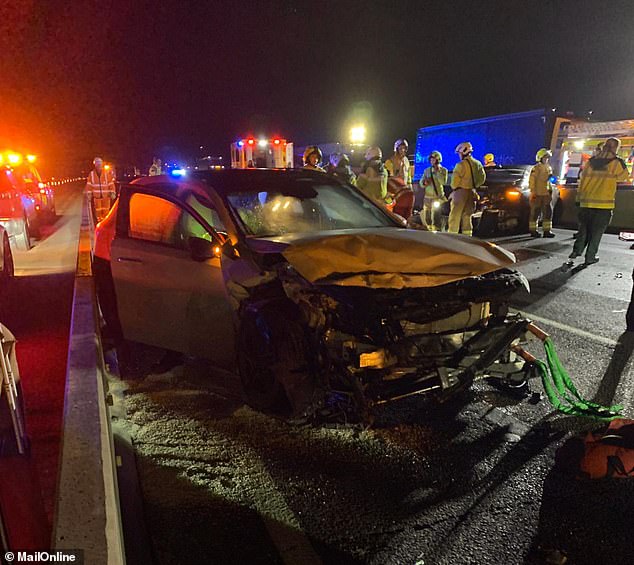 Horrifying: The singer was driving home after performing in Joseph & The Amazing Technicolor Dreamcoat in Sheffield when his Mercedes crashed into another car and lorry 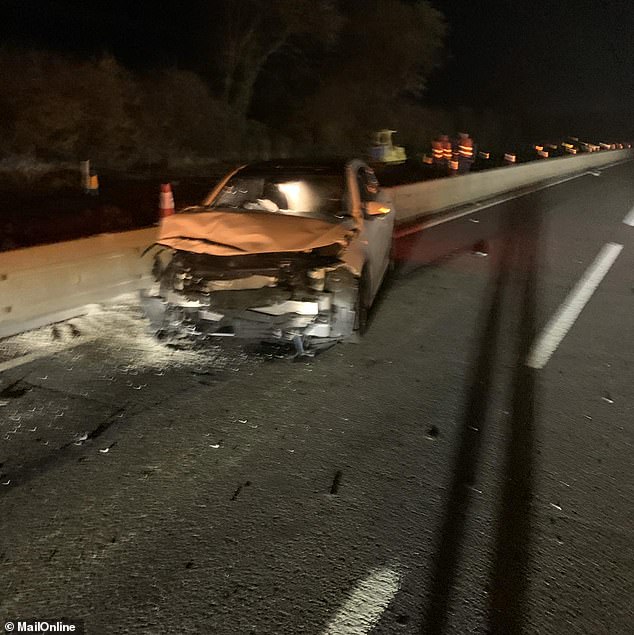 Scary scenes: In photos obtained by MailOnline, Jaymi’s now written-off car can be seen with the bumper smashed in

‘It was a very scary situation for him. He was travelling home from work and left in a dreadful state.

‘His car has been written-off and he’s no longer performing in tonight or Saturday’s performance of Joseph on doctor’s orders.’

A spokesperson for Jaymi said: ‘We can confirm our client Jaymi Hensley was involved in a car crash last night.

‘Jaymi is thankful to the police and emergency services who attended the scene.’

The stage star was treated at Luton and Dunstable hospital – but thankfully managed to avoid suffering any life threatening injuries. 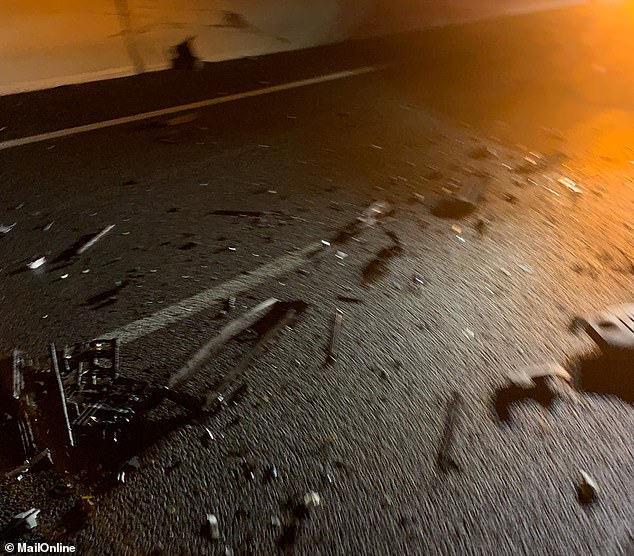 Remains: Debris from Jaymi’s car were scattered across the road after the crash took place late last night 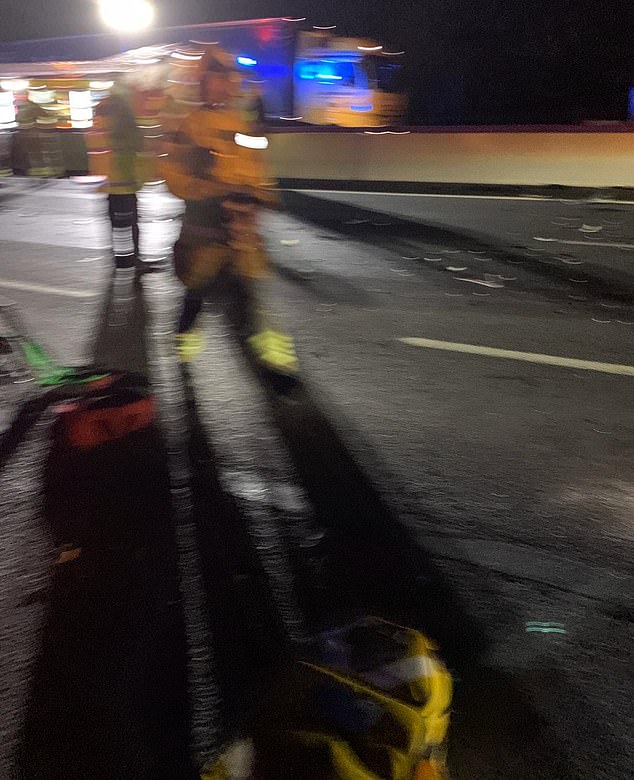 Help on hand: A spokesperson for Jaymi told MailOnline he’s ‘thankful to the police and emergency services who attended the scene’

In photos obtained by MailOnline, Jaymi’s car can be seen with the front bumper smashed in and fragments from his vehicle were scattered across the road.

A large team of emergency services tended to the scene, including police and the ambulance service.

Due to the seriousness of the crash, Jaymi will no longer be performing in tonight’s showing of Joseph in Sheffield but plans to return on Tuesday. 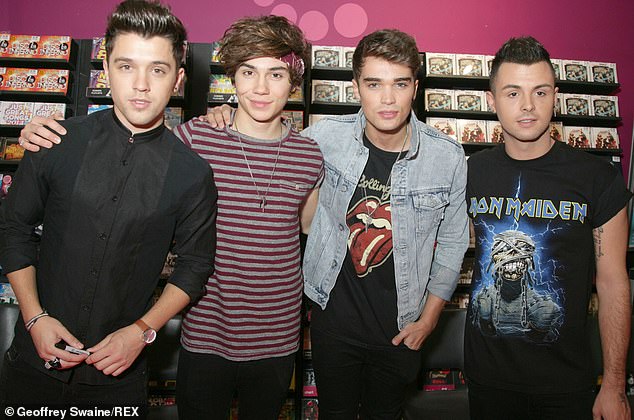 In 2016 ex-Stereo Kicks star Casey Johnson joined the band in replacement of George, who left following his appearance on I’m A Celebrity… Get Me Out of Here!

Casey parted ways with the group less than a year later, leaving Jaymi, JJ and Josh as a trio – but they’re currently on an extended hiatus.

Earlier this year Jaymi appeared on Celebrity Coach Trip alongside JJ and stars including Roxanne Pallett and Charlotte Crosby.

Jaymi, who’s engaged to boyfriend of ten-years Olly, is starring in Joseph & the Amazing Technicolour Dreamcoat as Joseph, directed by Bill Kenwright 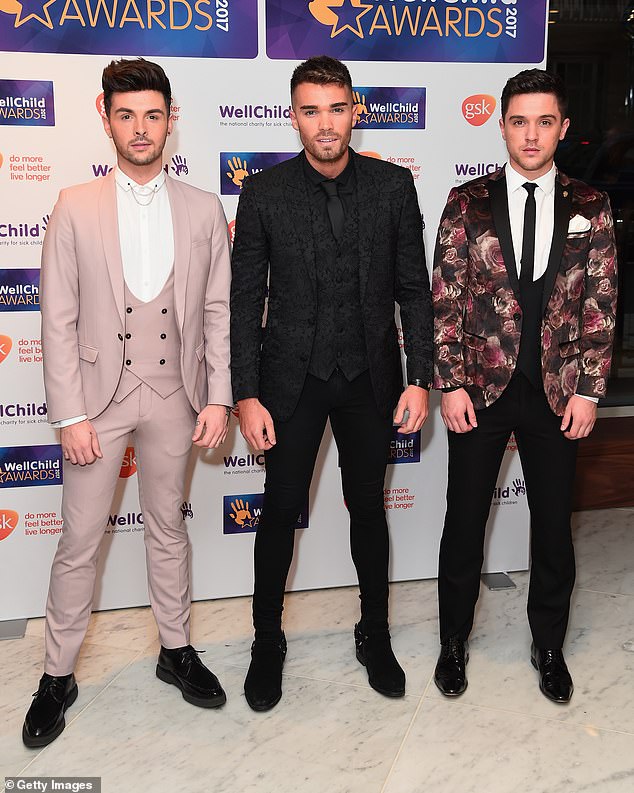 Down to three: Jaymi, JJ and Josh released track Stronger days after former member Casy Johnson left the group, who are currently on an extended hiatus