Sheridan Smith has confirmed she is expecting a baby boy.

Taking to on Friday, the Gavin And Stacey star, 38, confirmed she is expecting a son with her fiancé Jamie Horn.

Sharing messages from adoring fans, Sheridan posted one message reading: ‘You’re going to be such an amazing, beautiful mummy to a very lucky little boy’, while another penned: ‘So happy for you and your beautiful family’. 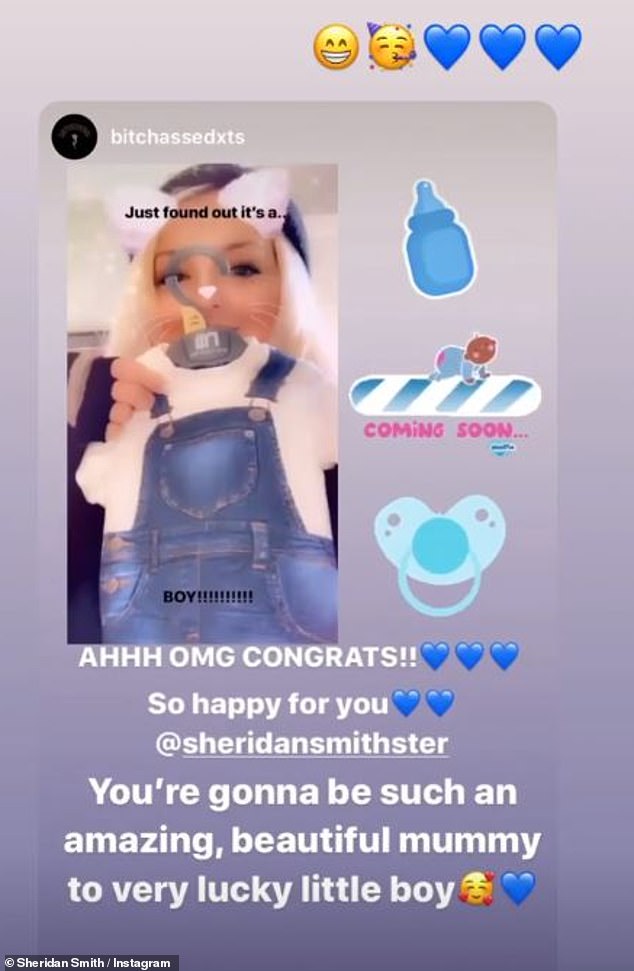 Yay! Sheridan Smith has confirmed she is expecting a baby boy

Just days before her announcement, Sheridan debuted her growing baby bump for the first time as she visited the dentist with Jamie.

The actress flashed a hint of her growing stomach under a long black padded coat as she stepped out with her husband-to-be just days before confirming on social media that she was expected her first child.

Sheridan sparked speculation that she was pregnant last month after she lamented her ‘morning sickness’ on social media, and finally confirmed the news with a snap of a blanket which she captioned: ‘Baby Smith-Horn’

Sheridan also took to Twitter to confirm the news that she was expecting, as she posted about awaiting her ‘most important role to date.’ 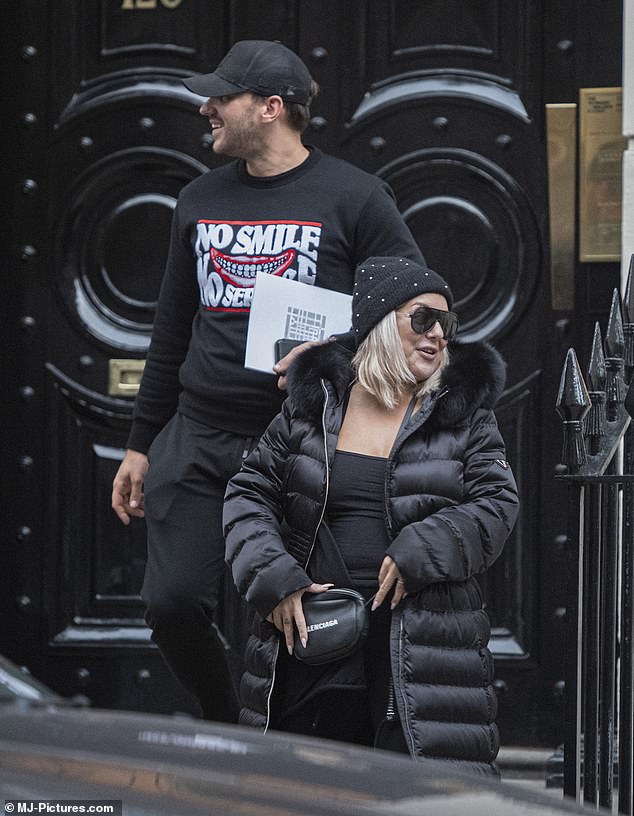 Expecting: A day before her announcement, Sheridan debuted her growing baby bump for the first time as she visited the dentist with Jamie

Stay toasty in style like Sheridan in a Prada coat

Shop this similar stylea at MyTheresa

Now that the chilly season is in full swing, it’s time to make sure you’re well-stocked with winter layers.

Sheridan Smith was on hand to provide us with some designer inspiration thanks to her toasty-looking Prada coat. The padded fabric will keep you nice and cosy, as will the longline design.

The actress then finished off with a high-end spin thanks to her logo Balenciaga bag, resulting in a winter-chic ensemble.

If you’re missing a practical yet stylish coat like this, click (right) to shop a super similar style over at MyTheresa. Or if you fancy a browse first, head to the edit below and get shopping. Boohoo have come up trumps with a spitting image design… 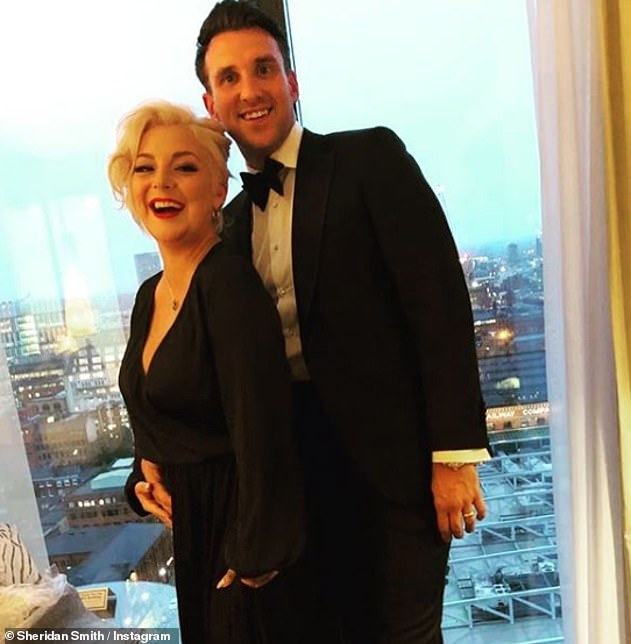 Cute couple: She sparked speculation last month after she lamented her ‘morning sickness’, yet did not respond to fans’ questioning if this was due to pregnancy at the time

She wrote: ‘Super excited for 2020, gonna finally get to work with a producer I admire hugely! But first, my most important role to date..’ along with emojis of a pregnant woman and a woman cradling a newborn baby.

Sheridan confirmed that she was expecting her first child on Thursday when she took to  to post a snap of a baby blanket that had been personalised with the surname ‘Baby Smith-Horn.’

The star was clearly thrilled by the prospect of becoming a mum as she took to social media to share the sweet blanket she had been gifted.

Speculation first began last month, at the Floating Festivals event, where she was said to have announced that she has a ‘baby on board.’ 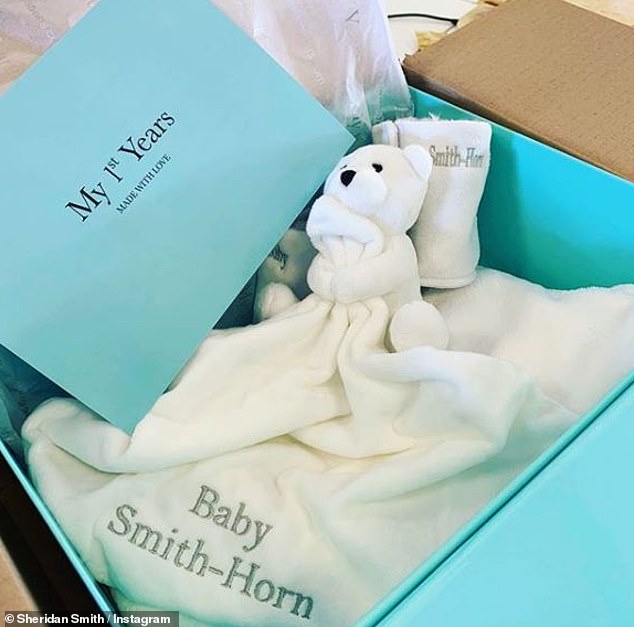 I’m pregnant! Sheridan confirmed that she was expecting her first child on Thursday when she took to Instagram to post a snap of a baby blanket

As reported by , Sheridan announced: ‘I’ve got a baby on board’, before joking about ‘this morning sickness lark’.

She added: ‘I’ve got buckets in each wing and trainers so I can run. I’m very out of breath. I’ve got all these new symptoms, so sorry!’

The reports came after Sheridan sent fans into a frenzy by revealing she was suffering from ‘morning sickness’. 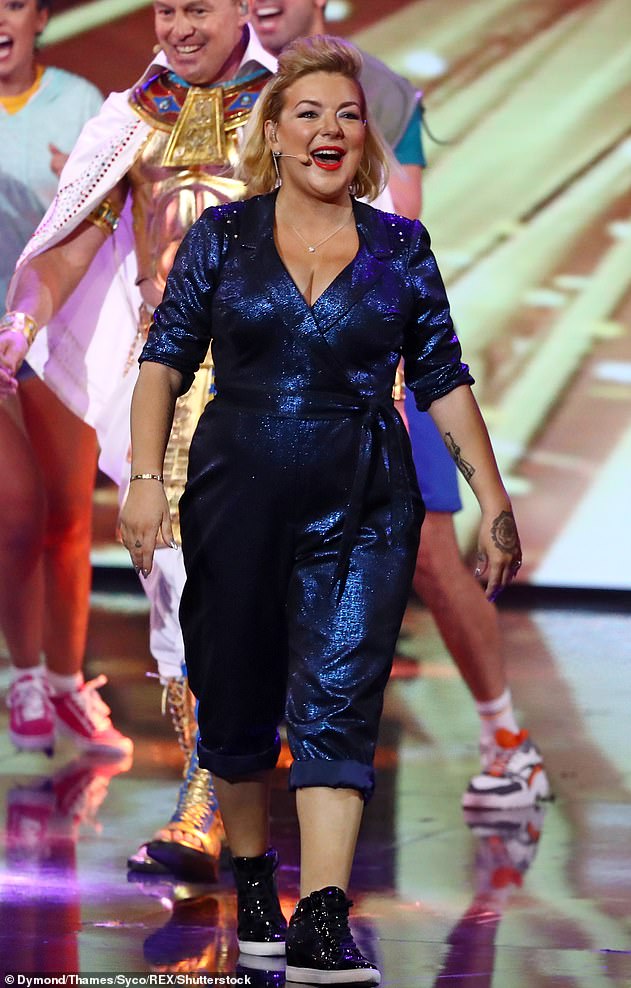 Feeling sick? The reports came after Sheridan sent fans into a frenzy by revealing she was suffering from ‘morning sickness’ (pictured in May)