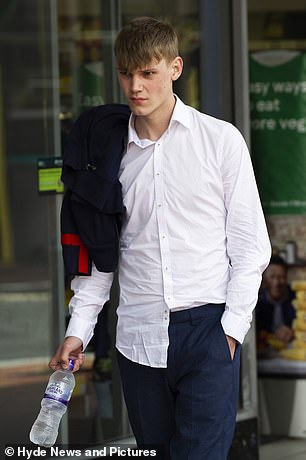 Max Coopey, 18, (pictured) was given a driving ban after he killed father-of-three Jason Imi, 48, and his colleague John Shackley, 61

A police officer’s son who hit and killed two men while driving his parents’ Audi high on cannabis has walked free from jail just a week after being imprisoned for driving while banned.

Max Coopey, 18, the son of a police sergeant and a former policewoman, killed father-of-three Jason Imi, 48, and his colleague John Shackley, 61, as they were walking back from dinner in Ascot last August.

Thames Valley Police prosecuted Coopey themselves rather than passing the file to the Crown Prosecution Service, and did so only for drug driving on the grounds they could not make a case for causing death by careless or dangerous driving.

He was sentenced to 100 hours community service.

He was banned from driving while the investigation was ongoing.

He was given a 12 week custodial sentence and conviction for driving while disqualified. 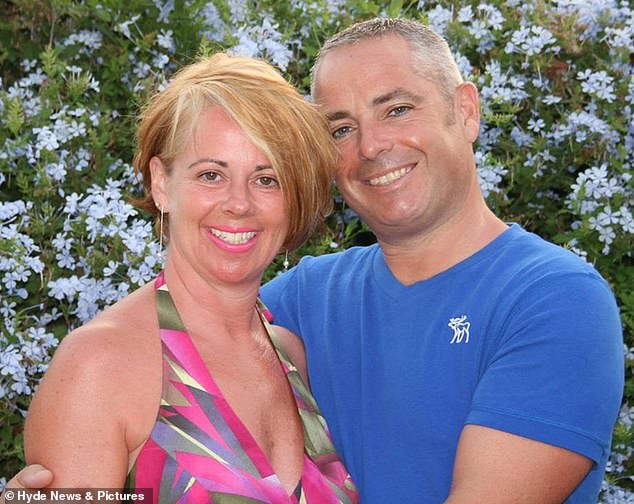 Jason Imi with his wife of 18 years, Sarah. Mr Imi, 48, and Mr Shackley, 61, were walking back from dinner in Ascot last August when they were hit and killed by Coopey who was driving his parents’ Audi high on cannabis

And today, Coopey was given bail by a judge after he heard that the 18-year-old wanted to appeal.

Judge Edward Burgess let Coopey walk free from prison despite hearing a catalogue of his previous convictions which he described as ‘not an attractive history for one so young.’

The daughter of one of the people who died also claimed: ‘This is why this boy has no respect for the law, because he keeps getting let off constantly.

‘He keeps committing these crimes because he has been let off his whole life.

‘They should make him do his time, it was not enough as it is but he is going to get away with this again.’

Crown Prosecutor Jai Patel pointed to Coopey’s list of previous convictions, saying: ‘He was convicted of common assault when he was 12 years old in December 2013.

‘He then has a conviction for robbery in March 2015, when he was 13 years old at the time of the offence.

‘He has a conviction for handling stolen goods when he was aged 14 years and possession of cannabis when he was 15 years old.’

The court heard how Coopey had received two further convictions last year – drug-driving in June last year for which he was sentenced in October of the same year and then drug-driving again in August – during which he had the fatal collision.

Coopey’s barrister successfully argued he should be released pending an appeal he has lodged against his sentence and conviction for driving while disqualified and without insurance. 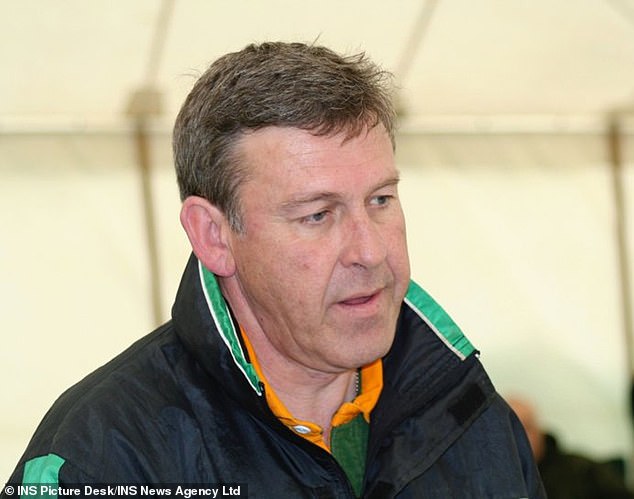 Just 17 days after killing the two men, Coopey got back behind the wheel on August 19, 2018, even though he was banned from driving while the investigation was ongoing. Pictured: John Shackley

Mr Shackley and Mr Imi were hit with such force they were thrown over the top of Coopey’s car and died on impact with the ground.

After the crash, Coopey got back behind the wheel of his mother’s Renault Clio on October 19 last year.

He was jailed by District Judge Davinder Lachhar after being convicted in a one-day trial but continued to protest his innocence and launched an appeal from his cell in Bullingdon jail.

Today at Reading Crown Court, defence counsel Rebecca Hadgett argued on Coopey’s behalf, saying: ‘This is not an unmeritous application, not without merit, it is something that Mr Coopey feels very strongly about.

‘He is a young man, he was aged 17 years at the time of the offence and he has never been in custody before.

‘In fact he has never had any custodial sentence or even had a suspended sentence order. This is a notable step up from previous sentences, especially for a youth at the time of the offending behaviour.’

Ms Hadgett argued Coopey should be bailed until the application could be heard, pointing out he would have served almost all of the custodial part of his 12-week sentence, imposed on Tuesday October 29 at Reading Magistrates’ Court, before the appeal hearing could be fixed at Reading Crown Court.

Ms Hadgett argued: ‘There appears to be this pattern emerging in 2018, so it is notable then that since October last year there are no further issues concerning his behaviour.’

However, Ms Hadgett conceded he had failed to surrender for his bail at the appointed time while at his trial in October in Reading Magistrates’ Court ‘having not got off a train at the right stop.’

The lawyer said that Coopey should be bailed, adding: ‘He understands that it is very much in his interests to attend any appeal.

‘He has been seeking a referral in relation to his mental health, he has issues with anxiety and depression. Next year he wants to go to university, he has desires to go into mobile catering.’

She added that he came from a ‘supportive family’ and could reside with his parents in The Burlings, Ascot, Berkshire.

She pointed out his father, Metropolitan police sergeant Russel Coopey, who attended court to assist with instructing the lawyer on his son’s bail application.

Judge Burgess said he would bail Coopey, explaining: ‘Because he is so young, it is not a happy picture but there appears to have been something of a slowing down in the rate of offending.’

The judge said Coopey would have to reside at his home address, have an electronically monitored curfew between 8pm and 7am and was not permitted to sit in the front seat of any motor vehicle.

He added: ‘If by any chance he is offered a lift in a motor vehicle that only has front seats, he cannot get into it.’ 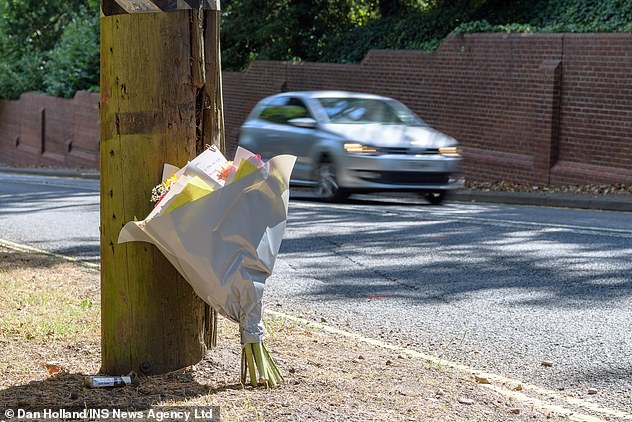 Pictured: Floral tribute to the victims. Coopey was today given bail by a judge after he heard that the 18-year-old wanted to appeal his conviction

‘His parents have brought him up to be the person that he is. He is spoilt, he has always got his own way and he is still getting his own way again, even above the law.’

Ms Shackley was sharing a petition called ‘Demand for Max Coopey sentence to be reviewed and investigation into handling of case’ on Change.org.

Ms Shackley said: ‘Every time he does something or his name gets brought up it is right back to the thinking of the beginning when we first got told my Dad had died.

‘If something can come out of this, I want it to be for the law to be changed so that people like him are punished for the crimes they have done.’