The 40-year-old Libertines singer was said to be drunk and in possession of cocaine when approached by officers at around 3am on Friday.

He was arrested in the Pigalle district, an area known for its late-night bars.

‘The suspect was arrested in the Pigalle district, and was carrying two grams of cocaine,’ said an investigating source.

‘The allegation is that he was involved in an illegal street transaction at the time. He was drunk, and did not comply with the police to begin with, but was eventually taken to a police car.’ 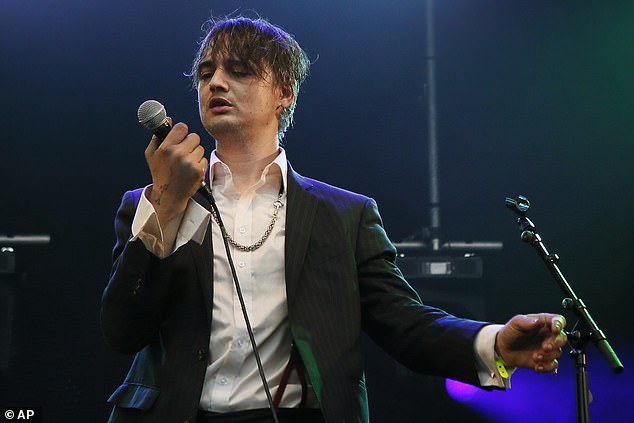 Suspect: British pop star Pete Doherty (pictured in Paris in 2017) was today arrested in the French capital during an alleged street drug deal witnessed by police

Doherty was taken into custody in central Paris and then placed under formal criminal investigation, said the source.

A spokesman for Paris prosecutors confirmed that Doherty was ‘placed in detention’ in the early hours of Friday morning, and faced drug related charges.

Doherty is a frequent visitor to Paris, and often spends long periods living and performing in the French capital.

Some passers-by recognised the Babyshambles singer and may have filmed his arrest on their phones, according to French media.

Doherty, the ex-boyfriend of supermodel Kate Moss, has previously been arrested for drug possession, car theft and driving offences.

In the past, he has pleaded guilty to possession of cocaine, heroin, cannabis and ketamine.