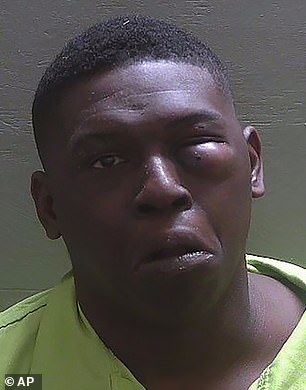 This photo provided by the Auburn Police Department, in Alabama, shows Ibraheem Yazeed. Yazeed is wanted in connection with the disappearance of UFC heavyweight Walt Harris’s stepdaughter

An Alabama man has been captured and charged over the kidnapping of UFC heavyweight Walt Harris’ 19-year-old stepdaughter Aniah Blanchard.

Ibraheem Yazeed, 30, was arrested on Thursday at about 11pm after authorities received a tip that he had been spotted near Interstate 10 in Escambia County, Florida.

Authorities say Yazeed fled the area on foot when they arrived but he was found soon after hiding in a brushy area near I-10 and Pine Forest.

Yazeed was taken away from the scene in an ambulance and his jail booking photo shows him with a swollen left eye. It is not yet clear how, or when, he sustained his injuries.

He has since been charged with first-degree kidnapping in the disappearance of the 19-year-old who was last seen at a gas station in Auburn, Alabama, on October 23.

Blanchard, a student at Southern Union State Community College, was reported missing the next day. 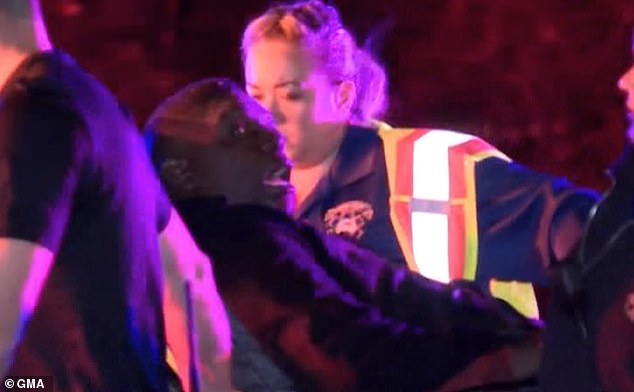 Authorities say the suspect was arrested on Thursday at about 11pm on Interstate 10 in Florida. Yazeed left the scene in an ambulance. His jail booking photo shows him with a swollen left eye. Photo courtesy of 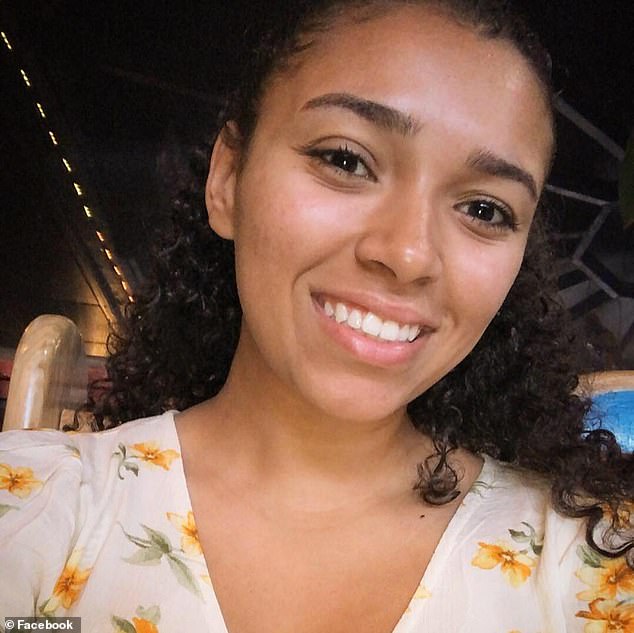 On Wednesday the Auburn Police Division released two photos of a person of interest in the case of missing 19-year-old Aniah Haley Blanchard, who vanished two weeks ago. She was last seen in the early hours of Thursday October 23 in an Auburn convenience store and reported missing the following day

Her car was later found abandoned in Montgomery, more than 50 miles away. Police said the car was damaged and contained evidence that Blanchard had been harmed.

Auburn police this week released images of Yazeed showing him at the gas station at the same time Blanchard was there. They warned he was potentially armed and dangerous.

A reward of about $105,000 was offered for information leading to an arrest.

Yazeed was out on bond on charges of attempted murder, kidnapping and first-degree robbery earlier this year at the time of Blanchard’s disappearance.

Those allegations stemmed from the beating of a 77-year-old man and involved other suspects. A judge revoked that bond on Thursday.

He was also arrested in 2017 for aggravated battery on a law enforcement officer, records show. 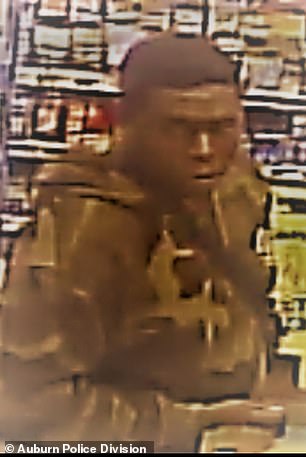 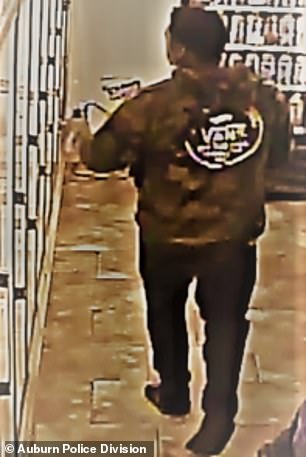 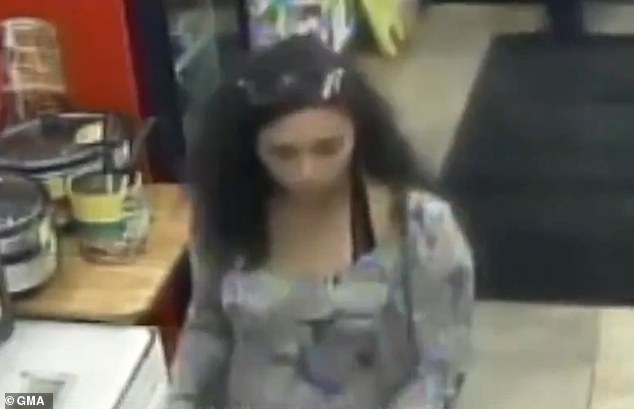 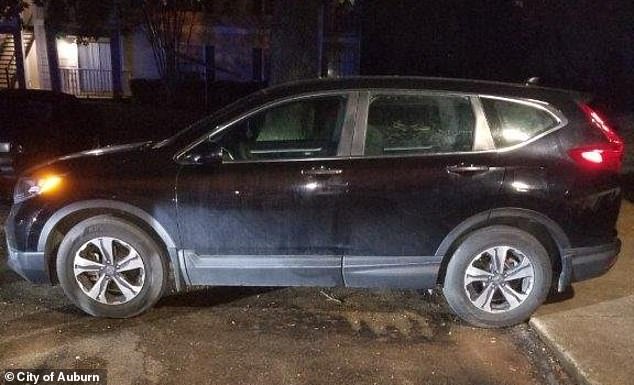 Blanchard’s black SUV was later found abandoned in Montgomery, Alabama two days after she was last seen. Police said the car was damaged and contained evidence that Blanchard had been harmed

Blanchard’s heartbroken mother, Angela Haley-Harris, and her stepfather, UFC fighter Walt Harris, appeared on on Thursday to plead for their daughter’s safe return. 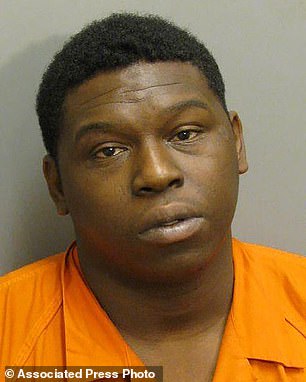 Yazeed was out on bond on charges of attempted murder, kidnapping and first-degree robbery earlier this year at the time of Blanchard’s disappearance. He is pictured above in a previous mugshot

They revealed Beth Holloway, the mother of missing teen Natalee Holloway, is aiding in the search. Natalee was 18 when she vanished during a high school graduation trip to Aruba in 2005.

‘I followed Natalee’s case and I’ve always admired her for her strength – just thought she was an amazing lady. She’s an amazing woman and I think she’s going to be a great support for us,’ Haley-Harris said.

‘I know what it feels like to lose a child, but the situation with Natalee, her disappearance and what Beth has gone through, I can’t relate to that. Now I can. I just feel like I needed her, I needed somebody who knows what I’m going through, what we’re going through… I needed help, because this is such a rare situation.’

One of Haley-Harris’ younger children previously passed away in a car crash. 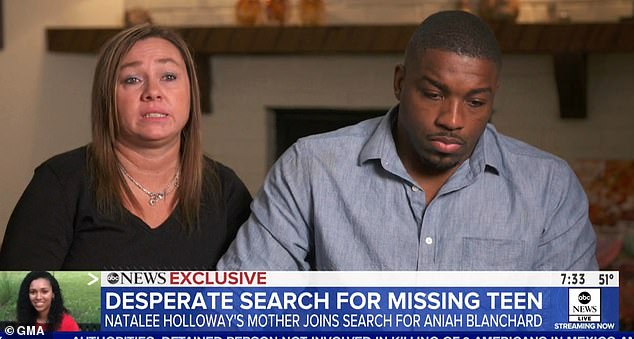 Kim Kardashian says daughter North wants to wear her gold Versace Met Gala gown to prom
DOMINIC LAWSON on why it's hard not to gloat at the travails of the strutting French president
How to stop the deliveries from hell: Online couriers cut outrageous corners - and ruin your gifts
Who's for a glass of mince pie? Try the new Irish creams giving Baileys a run for its money
German kindergarten for Muslim children is ordered to close over 'links to extremist ideology'
Glamorous daughter of a Serbian warlord is forced to sing for her cab fare
Eleven rescue workers are killed and 20 others are buried in avalanche
Amanda Redman demands more sex scenes for the over fifties on TV