And 18 years on from the very first movie hitting screens, the two actors, aged 32 and 30 respectively, were feeling nostalgic for their former looks – with Tom insisting ‘ageing is a b***h’ while Matthew boasted of his image transformation.

In a hilarious post shared on Instagram, Tom posed alongside a promo shot from the movie while donning Syltherin robes and lamented getting older however Matthew cheekily referenced his now-legendary ‘glow up’ after growing into a hunk. 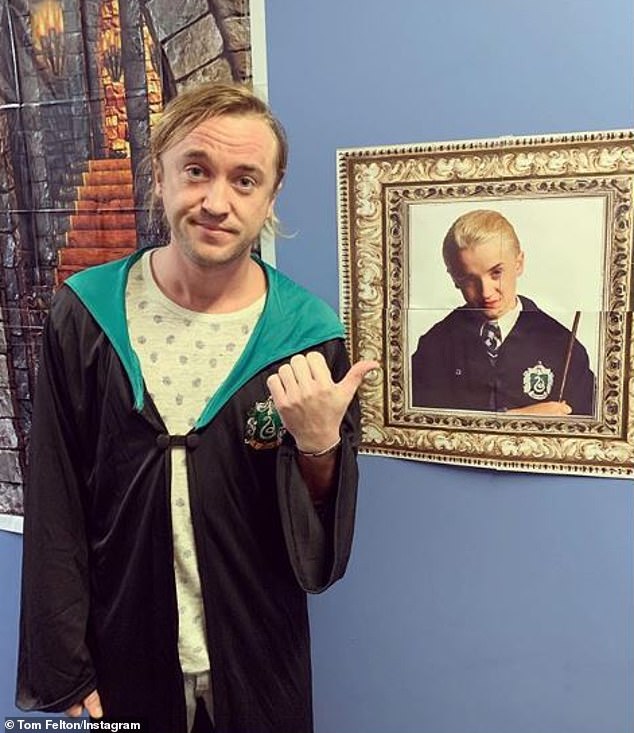 ‘Ageing is a b***h’: Tom Felton poked fun at his looks as he posed alongside a picture from 2001

The first Harry Potter book was released 23 years ago, while the movies first hit screens a whopping 18 years ago when fans were introduced to the characters.

Tom looked jokingly weary as he posed alongside a shot showing him dressed as Draco Malfoy and then posted his hilarious caption.

Matthew then commented underneath saying: ‘Speak for yourself lad!’, in reference to his hunky transformation which led to the phrase: Longbottoming – meaning an awkward teen becoming a hunky adult in later years.

Fans delighted in the comment, as fans penned: ‘Aging did you good!!… HA!!!… yessssss… neville u savage… u aged like a fine wine… 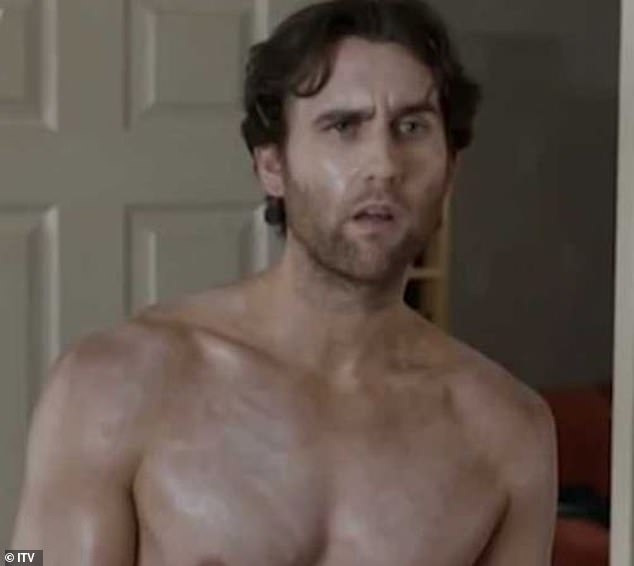 Ha! Matthew cheekily referenced his now-legendary ‘glow up’ after growing into a hunk 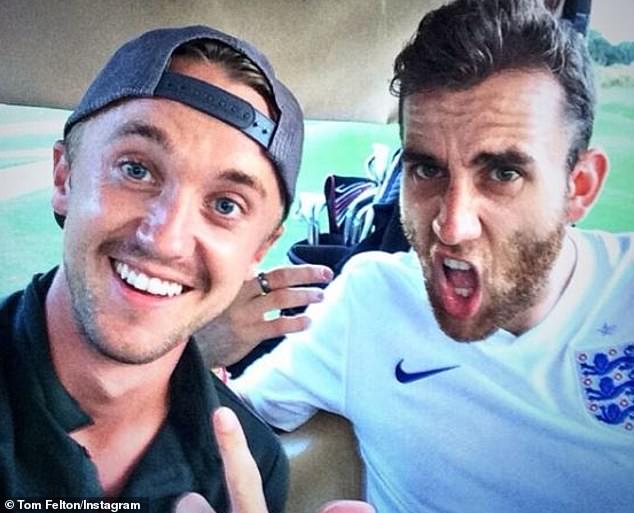 Pals! The duo remained friends after the films (pictured in 2015)

‘Actually very accurate of you to say lol… You’ve got a whole term named after you, that’s not even fair! We can’t all Longbottom!… excuse us, not everyone has the best glo up !… Neville Longbottom commented about his glow up.’

In 2016, Matthew stunned fans when he posed on the front of Attitude Magazine in his underwear and displayed his ripped physique.

In an interview about the shoot, he wrote: Naturally you think of cover models to be David Beckham or someone insanely handsome, not me… 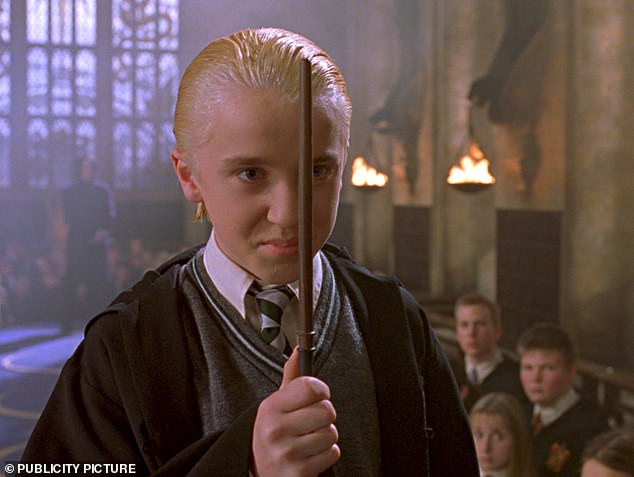 Changing faces: Tom depicted the bleach-haired villain in the movie

‘But I’ve worked with the photographer, Joseph Sinclair, before, and he is incredibly talented. He suggested some more risqué shots because I was in the best shape of my life, and I trust him. Of course I was self-conscious.’

There was further Harry Potter nostalgia of late when Tom was faced with whispiers that he was in a relationship with co-star Emma Watson.

Any such idea was quashed this week, then the star – who played Hermione in the films – gave an interview to Vogue in which she professed she was ‘self-partnered’.

Way back when: Neville was the bumbling fool in the movie who turned out to have a more prominent role than thought

Kate Hudson welcomes her baby with beau Danny Fujukawa.
Cheryl admits she has limited dance experience and isn't as qualified as Greatest Dancer judges
Candice Swanepoel puts on a white hot display wearing cheeky one-piece as she vacations in Tulum
Zoe Kravitz MARRIES actor Karl Glusman at her father Lenny's home in Paris
Tziporah Malkah is BANNED from Facebook for sharing an image of bare breasts
Love Island's Anna Vakili turn heads as she exhibits her curves in racy snakeskin print dress
Lizzie Cundy enjoys her daily exercise in lockdown before stripping down to a racy swimsuit
Holly Hagan says cosmetic surgery made her look 'awful' and vows to never promote diet products