She recently returned from a family getaway to Dubai

And despite the chilly weather, Abbey Clancy was warm and cosy in a houndstooth coat as she stepped out for a spot of furniture shopping in on Friday.

The model, 33, battled the winter chill in the longline coat with the black and white print as she carried her purchases out of the West Elm Market shop. 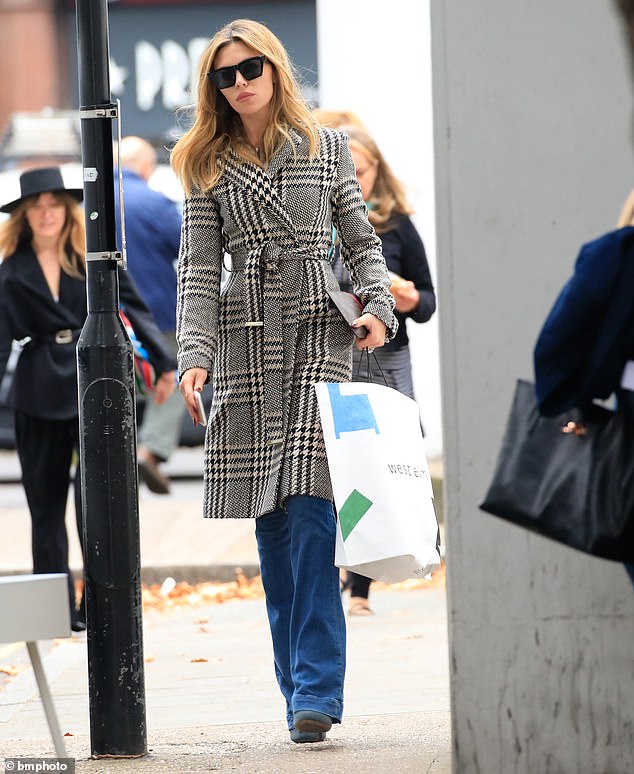 Lovely: Abbey Clancy, 33, was wrapped up in a stylish houndstooth coat on Friday as she went shopping for furniture in London on Friday

Despite the low-key outing Abbey proved that she could still put on a stylish display as she headed out for the afternoon.

The mother-of-four opted for the simple black and white coat with a houndstooth print with a tie belt cinched in to highlight her slender waist.

Abbey teamed the cover-up with blue flared jeans and a Louis Vuitton clutch bag as she exited the shop with her purchases in hand.

Lovely: The model battled the winter chill in the longline coat with the black and white print as she carried her purchases out of the West Elm Market shop

Shop it at Next

Temperatures reached freezing point this week, which means we can no longer live in denial – the bleak mid winter has landed.

And whilst it’s tempting to just stay in and submerge ourselves in an XL tin of Quality Street, there’s Christmas shopping to be done. And we probably ought to continue going to work, else we might get fired.

Abbey Clancy bravely faced the challenging weather conditions (she’s such a trooper) and looked uber stylish in the process.

Wrapping up in a check coat from her Lipsy collection, Abbey finished her look with flared jeans and over sized shades.

Click right to snap up Abbey’s coat for yourself – it’ll be perfect with knits and denim or over a classic LBD.

Alternatively get in check with the styles below from Warehouse, See By Chloe, & Other Stories and Dorothy Perkins.

Abbey’s outing comes shortly after she defended her daughter Sophia’s modelling debut after they collaborated for a campaign with Lipsy.

During an appearance on Lorraine earlier this month, Abbey remained defiant in the face of critics of the tender age of Sophia’s modelling debut.

Abbey stated: ‘I just think there’s so much bad stuff in world, any excuse have fun with my daughter! I’ve never pushed her into it., she wanted to do it! Having four kids, spreading my time is hard, so I appreciate spending time with my daughter.’ 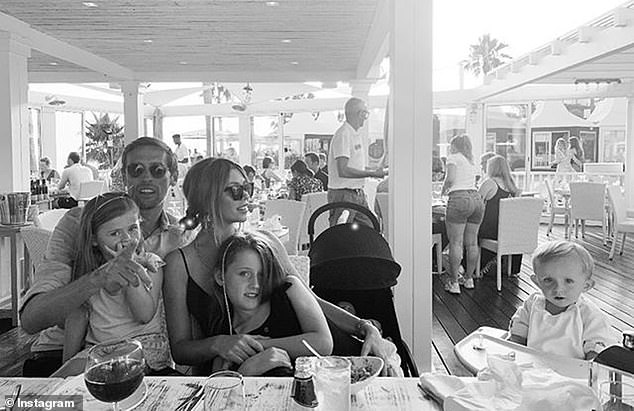 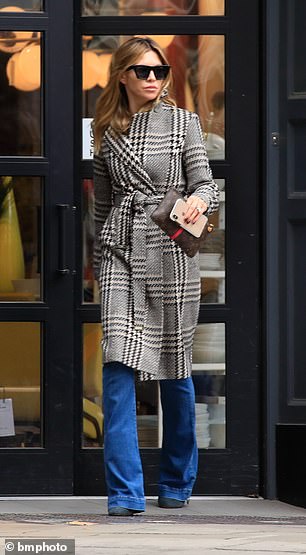 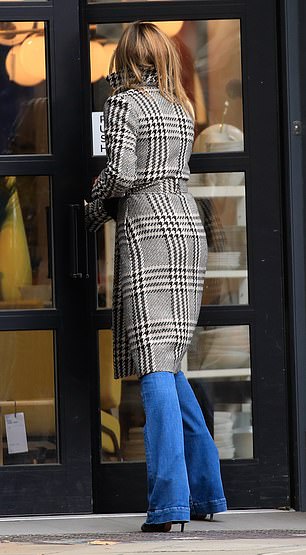 Off she goes! Abbey was spotted heading into the West Elm Market shop in Central London to make her purchases

During an appearance on The Chris Moyles Show on Radio X, host Chris Moyles comically goaded Abbey’s husband Peter Crouch, 38, about her and insisted that she was ‘out of his league’, which the former England star insisted is true.

He said: ‘Yeah I’ve pulled the wool over her eyes for 14 years! Like a magician! It’s a strange thing yeah, one of the wonders of the world!’

Of their first meeting, Peter said: ‘Yeah I remember the occasion. We met, it was great, we got on fantastically well…

‘She gave me her number – amazingly – she went away and I carried on, and I should have known then, but I was talking to someone else who was also female…

‘She came over and said “Look at you! Who do you think you are?” as if we were married already. She went mental! And I was like “I’m only talking”. I should have known then!’ 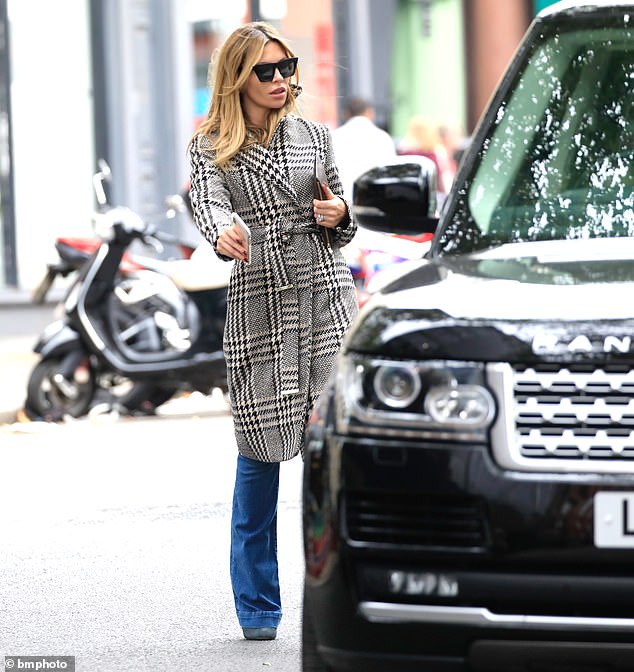 Out and about: She was effortlessly chic in the longline printed coat, with a tie belt cinched in to highlight her slender waist