Caroline Flack’s ex-fiancé Andrew Brady has shared a cryptic video about ‘taking a break from it all,’ amid speculation that she is engaged to her toyboy Lewis Burton.

The Apprentice star, 29, took to Instagram Stories to post a video telling fans that he’s decided to take a few days off to spend time with family, as he headed off on a camping trip with a friend.

It comes after Caroline, 39, coyly hid her ring finger in a recent snap from a night out, sparking speculation that she is engaged to boyfriend Lewis, 27. 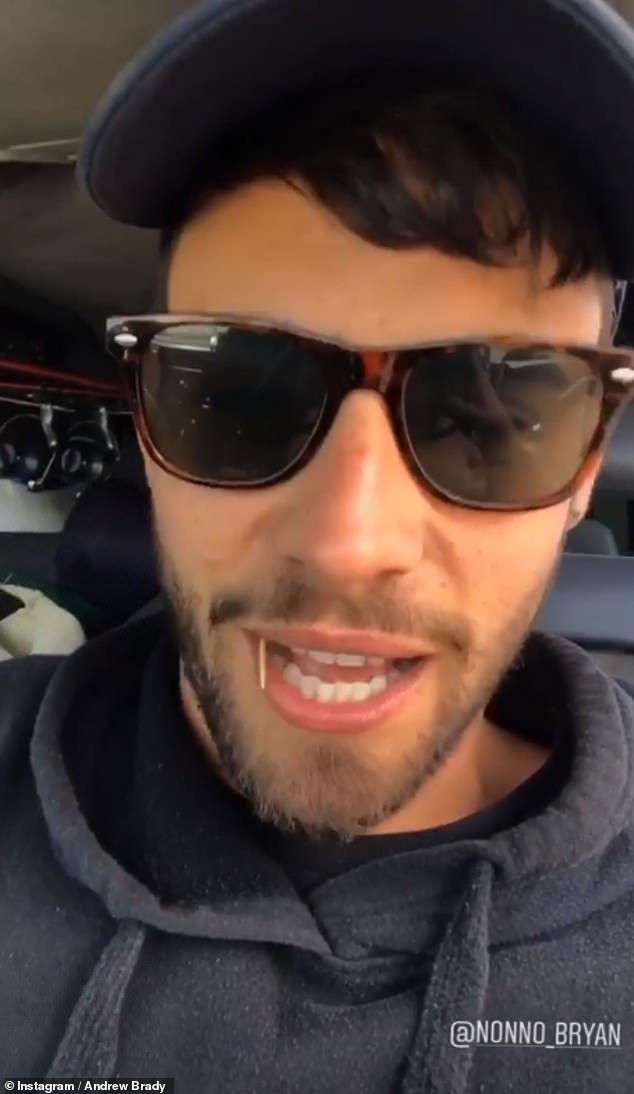 Bizarre: Caroline Flack’s ex-fiancé Andrew Brady has shared a cryptic video about ‘taking a break from it all,’ amid speculation that she is engaged to her toyboy Lewis Burton

In the post, Andrew was on his way to a camping trip with a pal as he told fans he decided to take a few days off.

He said: ‘Had a few days off – enjoyed some family time with the Broerens’ and the Crows’. So I’ve actually seen some family-friends and a friend of mine and his family.

‘It’s been nice, a few days off. Sometimes you just have to, just take a break from it all.’

The reality star’s break comes as Caroline coyly hid her ring finger as she cosied up to her beau Lewis at the opening of Cahoots Ticket Hall and Control Room in Soho, on Wednesday night. 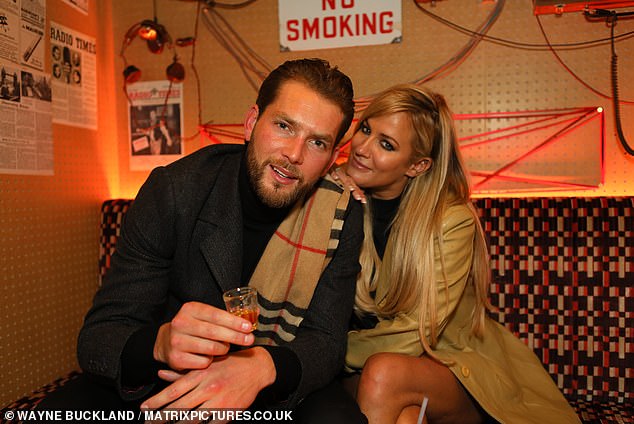 What are you hiding? Caroline coyly hid her ring finger after sparking rumours she was engaged to beau Lewis as they enjoyed a night out on Wednesday

Caroline sparked rumours that the tennis player had popped the question as she was seen wearing engagement ring while heading to the gym earlier on in the day.

A representative for the star has denied the speculations, stating: ‘Caroline is 100% not engaged.’

Caroline was seen hiding her ring finger on her lap and behind Lewis’ arm.

Earlier on in the day, in pictured obtained by , Caroline was seen heading to the gym in Adidas gear, when she flashed what appeared to be a diamond ring on her left hand.

Their happy sighting comes after Caroline was spotted having an explosive row with Lewis while on holiday last month. 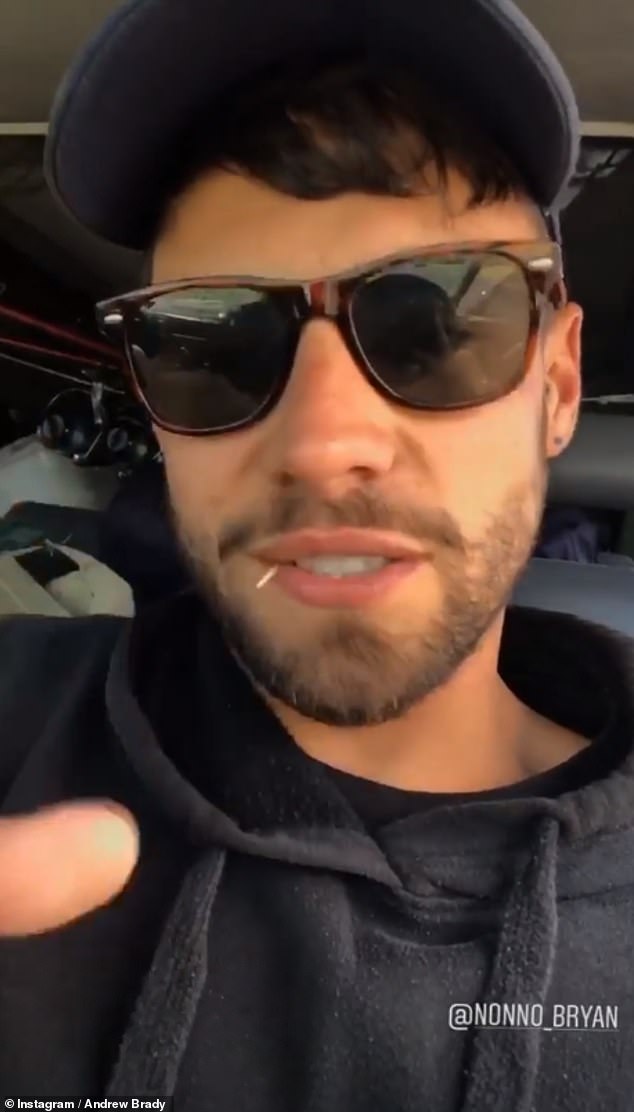 Candid: In a video on Instagram Stories, Andrew explained that he took a few days off to spend with family, adding: ‘Sometimes you just have to, just take a break from it all’ 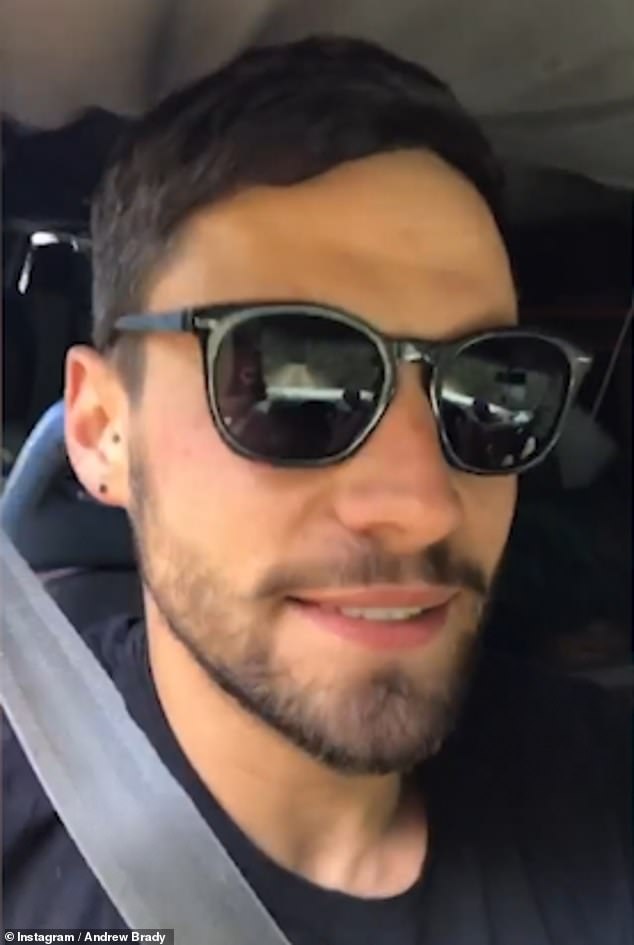 Progress: Andrew went onto tell his followers that as part of his break he was heading off on a camping trip with one of his male pals

They were engaged in a tense discussion with Lewis as they sat on board a luxury vessel while out at sea with a group of their friends in Ibiza.

The blonde beauty sat with her arms crossed and her head turned away from her beau on the sun deck of the boat, where they appeared to be hashing things out.

Caroline, who was sporting a vibrant yellow bikini and a pretty cover-up tied around her bust, waved her arms in the air while in mid discussion with the hunk – who she began dating in July earlier this year. 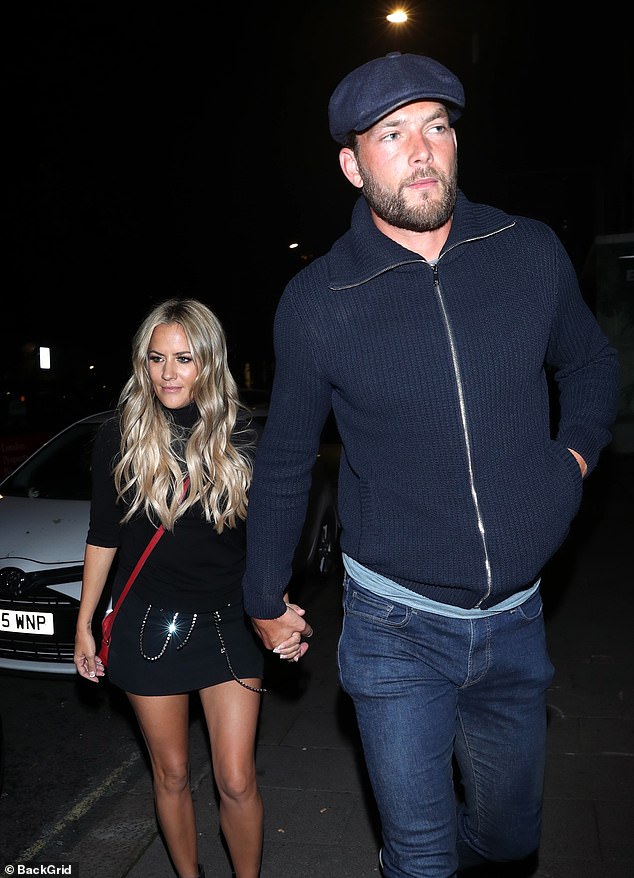 Oh no! Their happy sighting comes after Caroline was spotted having an explosive row with Lewis while on holiday last month

The couple appeared to have several heated chats during the afternoon on the boat, as later on Caroline was pictured wearing a colourful striped kaftan as they continued their discussion.

It is unknown what Caroline and her former tennis star beau were talking about, however at one stage the TV presenter held up her phone and was showing Lewis something on the screen.

On the subject of their blossoming relationship, a source recently told The Sun: ‘Caroline and Lewis were introduced through mutual friends and have really hit it off.

‘They’ve been on several dates now and are getting on really well. Lewis has been a true gent to Caroline and has patiently waited to see her. They feel comfortable in each other’s company and it seems to be going in the right direction.’

Lewis is currently signed to Select Model Management following his stint as a professional tennis player.