A woman allegedly run over her estranged husband and killed him then was badly hurt herself in another car crash just 15 minutes later.

Eduardo Gonzales, 59, had taken out a restraining order twice against his estranged wife Stephanie.

Witnesses told cops a fight spilled into the streets of Lodi Wednesday where it took a dramatic turn, just hours after her release from jail for violating a restraining order, reported.

‘There was a history with our department with them and domestic violence issues,’ Lodi Police Detective Michael Hitchcock told Fox40.

Adam Farrow told the TV station he saw the woman shove her husband, knocking him to the ground. 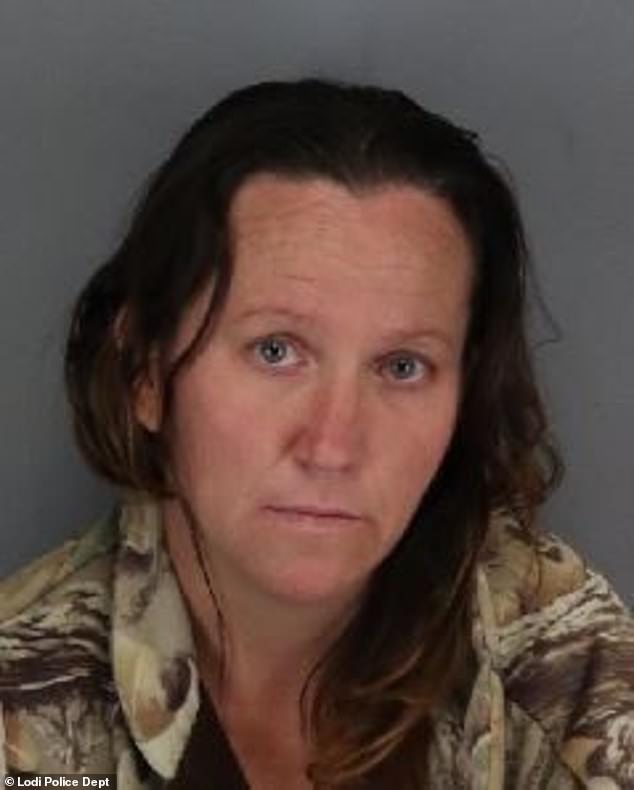 A previous mugshot of Stephanie Gonzales of Lodi, California,  accused of intentionally fatally striking her husband, 59, with her vehicle 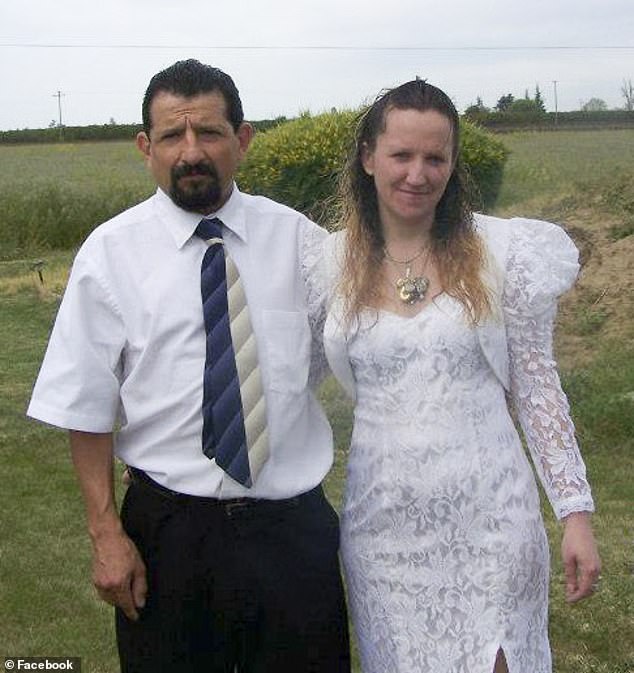 Wedding day for Eduardo Gonzales and Stephanie Gonzales in 2008. She is accused of using her car as a deadly weapon to kill him 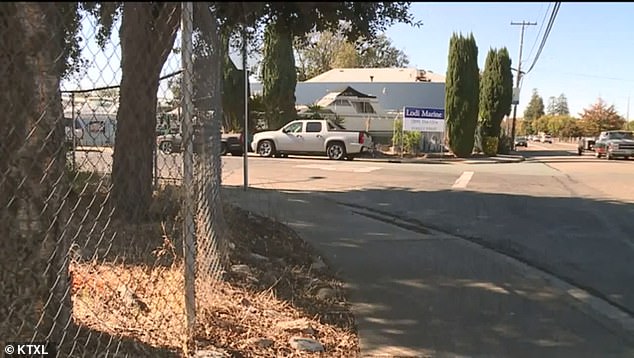 One witness said Stephanie Gonzales ran her husband over, ‘hopped the curb and ended up running him over the fence’

As Eduardo lay injured in the street he was overheard saying: ‘I love you. Stop,’ Farrow said.

‘We heard tires squealing, engine revved up, and apparently at that point, she had run over him,’ Farrow told .

Another witness said: ‘She followed behind him, got into the car and hopped the curb and ended up running him over into the fence.’

He also told police that Stephanie had a big grin on her face as she put her car in reverse and killed him. 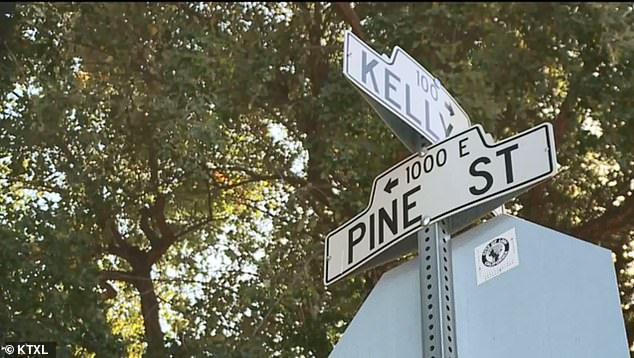 The location in Lodi, California where, police say, Stephanie Gonzales is accused of running over her husband on purpose 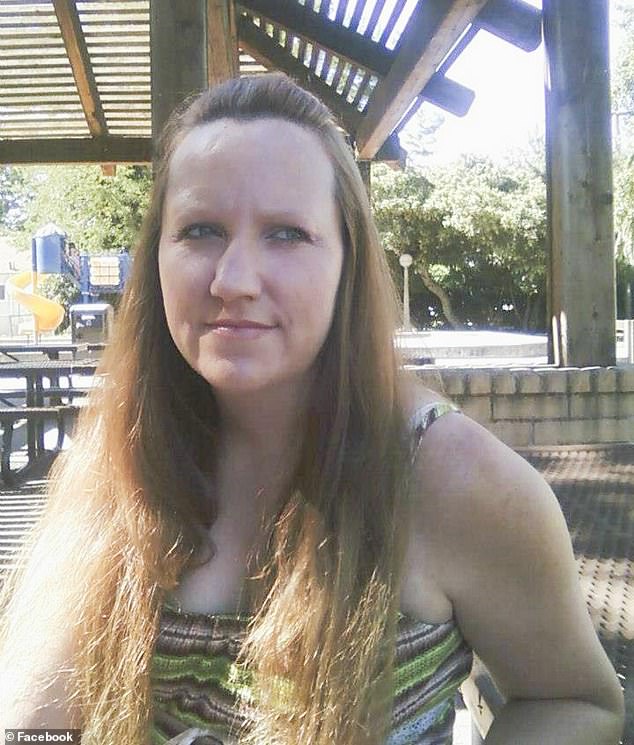 Stephanie Gonzales, 41, has been hospitalized following a separate car crash 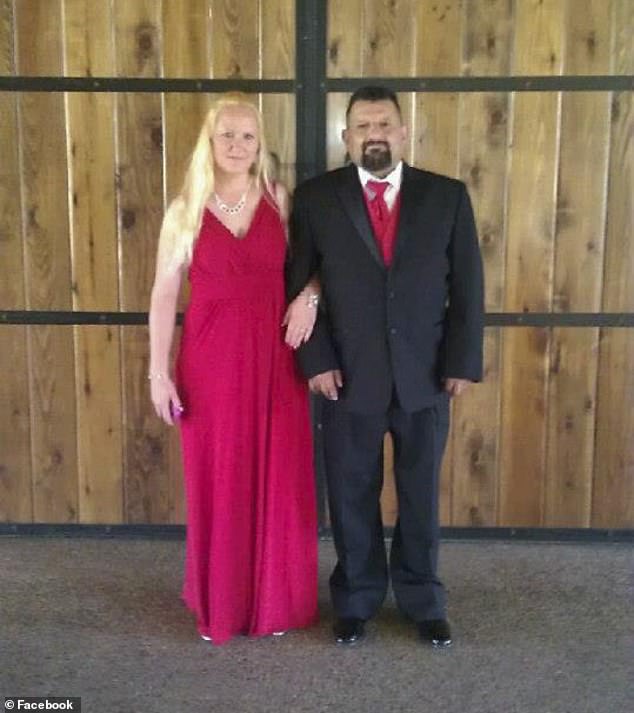 Stephanie and Eduardo Gonzales during a happier time.  Cops say she reversed her car and killed her estranged husband, who had a restraining order against her 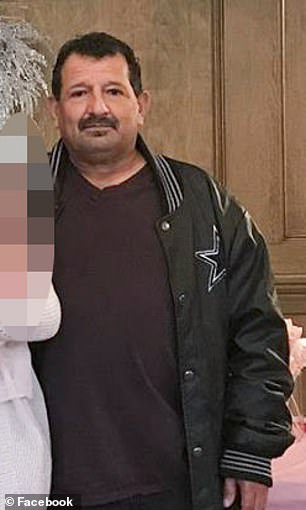 He was pronounced dead at the scene and approximately 15 minutes later police were informed of another crash just north in Acampo.

Stephanie, 40, rammed into a Ford F-250 pickup and is in critical condition at a hospital.

Police say the driver of the pickup walked away from the crash with only minor injuries.

Once medically cleared, Stephanie will be formally arrested on suspicion of homicide, assault with a deadly weapon and other unspecified charges, reports.

Stephanie has a history of mental illness and drug addiction, a family member told CBS13.

She was arrested in 2016 on arson charges when their home was destroyed.

However, the cause was ultimately ruled accidental and she was then freed a few months later.

She was also arrested several times on possession of controlled substances and trespassing charges.

Oscars add standard movie class, units earlier 2020 date
How many world capitals do you know?
Melania Trump tells all: First Lady sits down for interview and talks about husband's infidelity
'Yes I can relate' Trump tells federal workers as may declare a national emergency to end shutdown
Pelosi and Schumer get personal and blast Trump for his 'obsession' with the wall
Jessica Mulroney shows off fuller pout as she steps out in New York City
Missing man sought in 2nd wife's death, raising questions about death of his first wife
Meghan Markle's former Los Angeles home goes hits the market for $1.8 million