He has been making the most of his time Down Under while on the Australian leg of his world tour.

And Canadian singer Shawn Mendes looked to be in high spirits while leaving his Sydney hotel on Saturday, ahead of his sold-out concert that night.

The 21-year-old cut a cool and casual figure in a pale blue button-up shirt, teamed with black skinny-leg jeans, boots and designer sunglasses. 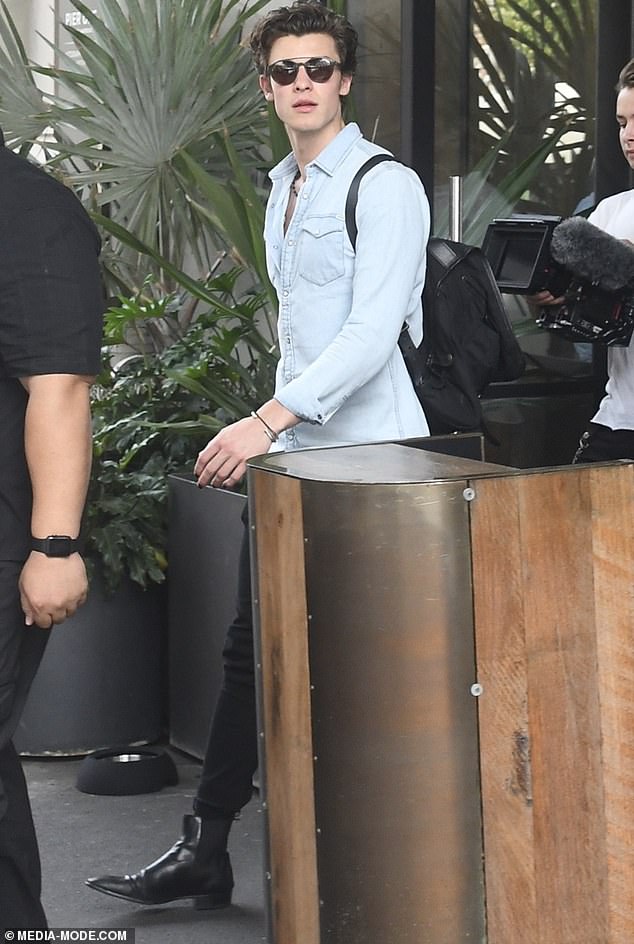 The future’s bright! Shawn Mendes, 21, concealed his gaze behind designer sunglasses as he left his Sydney hotel on Saturday, ahead of his sold-out concert that night

Joined by his security detail and a camera crew, Shawn was pictured getting into a waiting vehicle.

The Señorita hit-maker carried a small backpack and smiled at fans and passersby.

Shawn will perform at Sydney’s Qudos Bank Arena on Saturday night, followed by a second show on Sunday.

Noticeably absent on his Australian tour is girlfriend and fellow songwriter Camila Cabello, 22. 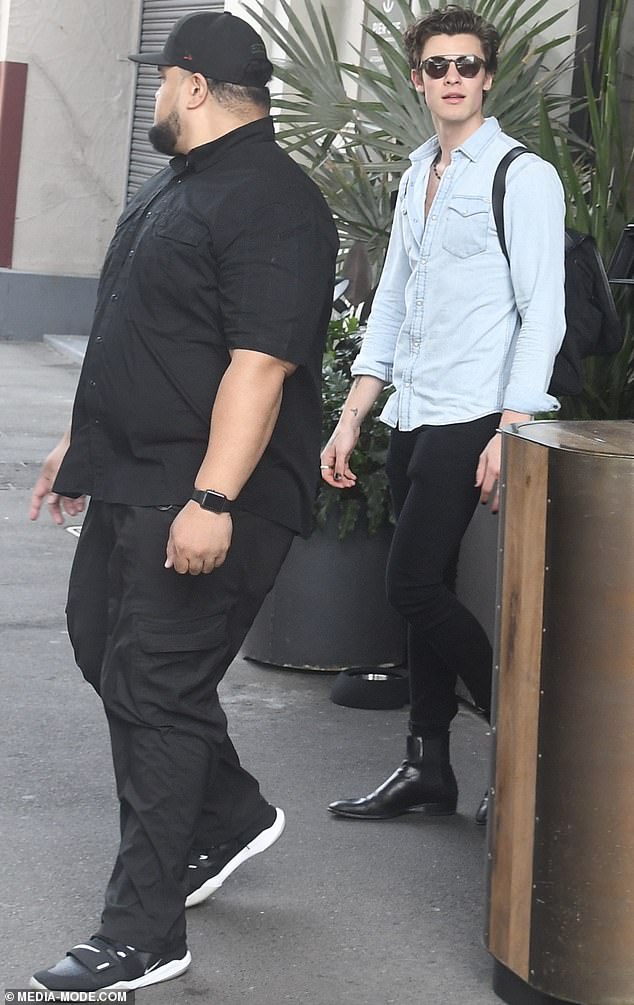 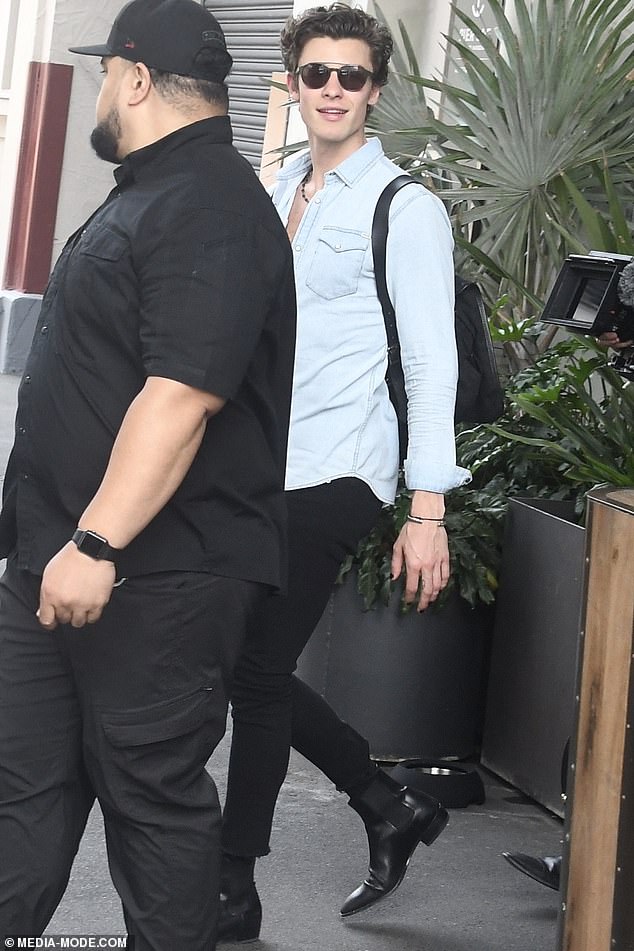 Happy to be here: Shawn smiled at fans and passersby as he exited his hotel with his security detail and a camera crew

Camila and Shawn met at Austin Mahone’s 2014 Live On Tour concerts where the pair were both support acts for the American singer.

At a fan question and answer session in Adelaide last week, Shawn revealed the exact day he and Camila became an item.

‘We haven’t been dating that long,’ he said. ‘We’ve been dating since July 4th, officially.’ 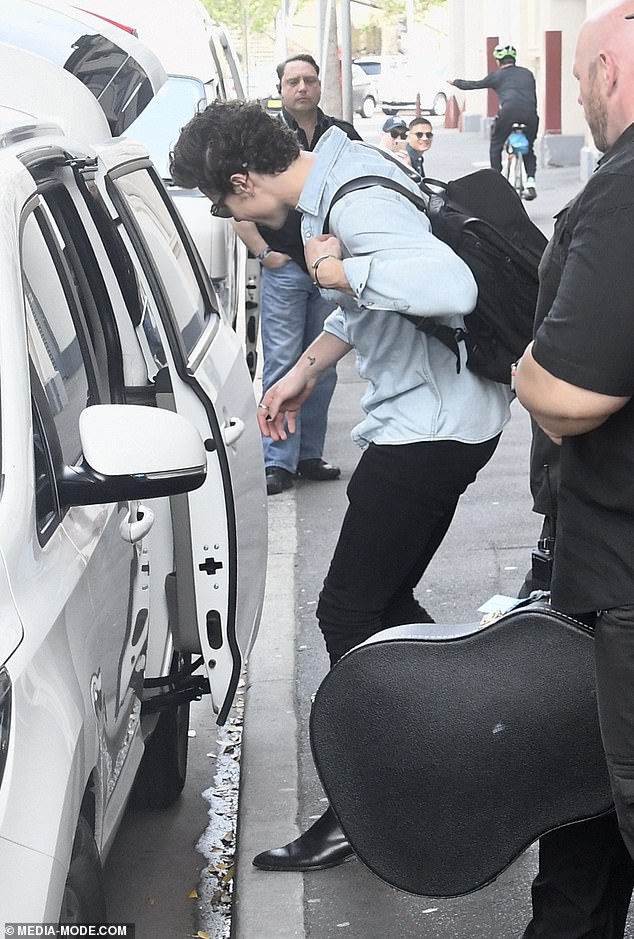 Sold-out show: Shawn was most likely en-route to Sydney’s Qudos Bank Arena, where he will performed to a packed audience 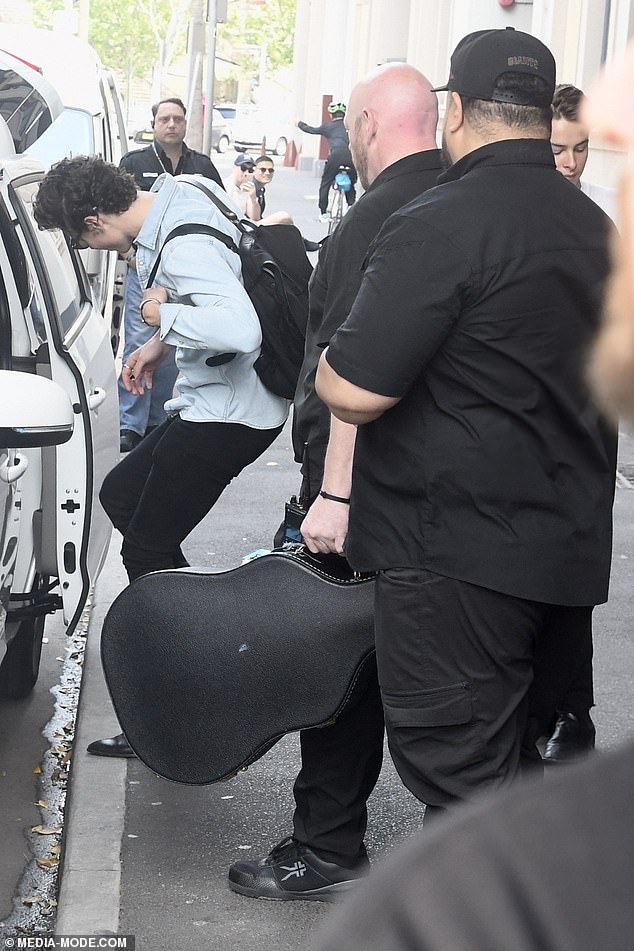 Shawn was previously linked to Hailey Baldwin, prior to her marriage to Justin Bieber.

After stepping out together at the 2018 Met Gala, he at first, denied they were a couple, stating they were just friends.

However he later admitted to  that they were ‘more than friends’ but hesitated at calling it an official relationship.

‘I don’t even wanna put a title on it. I think it was more of a zone of limbo,’ he said. 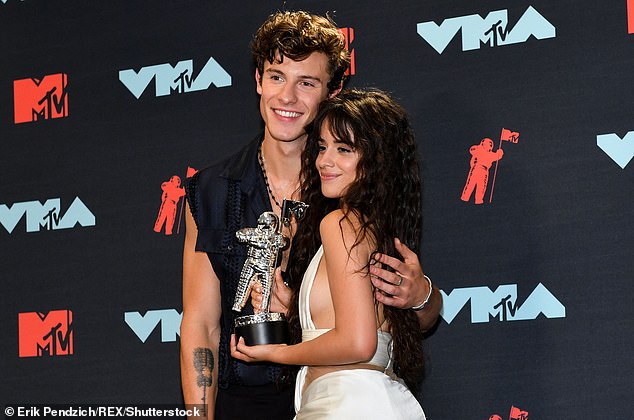