Helmet cam video recorded by a motorcyclist shows the driver of a four-door sedan brazenly and illegally pass them on the road while on his cell phone – only for an undercover police officer driving an unmarked pickup truck to catch him in the act.

The video begins with a motorcyclist driving in the right lane along a busy two-lane highway during the middle of the day.

The motorcyclist then is startled when noticing a white sedan bypass them from the right side of the same right lane.

As the motorcycle pulls up parallel to the driver’s side of the sedan, the motorcyclist makes a hand gesture toward the driver as if to call him out on his illegal maneuver. 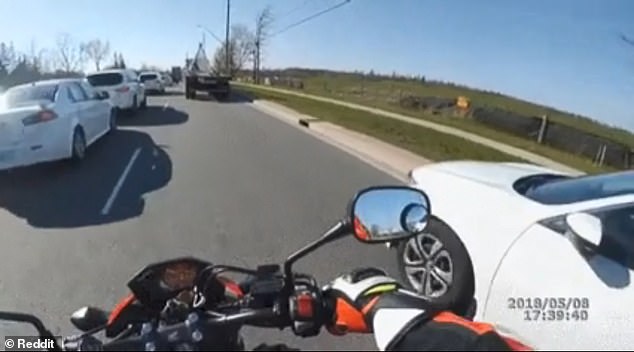 Video footage was taken from a motorcycle helmet cam. It shows a white, four-door sedan (right) bypass the motorcyclist 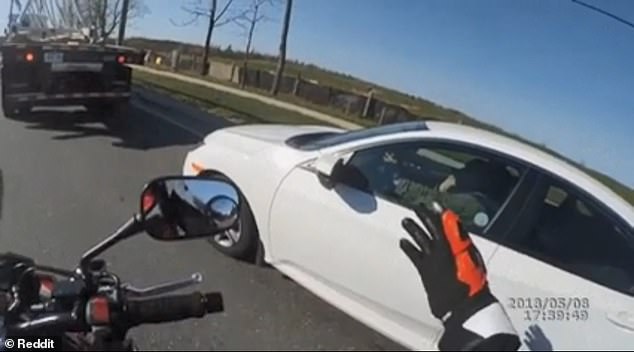 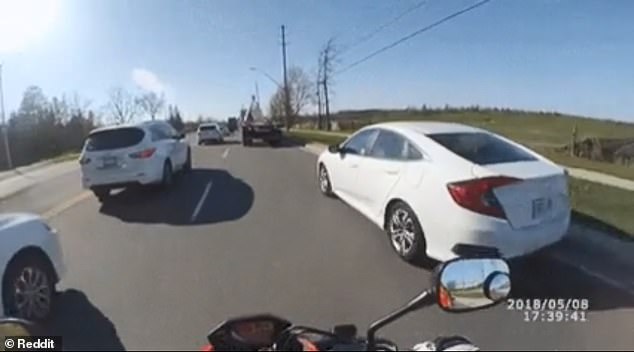 The sedan then speeds up and roars past the motorcyclist 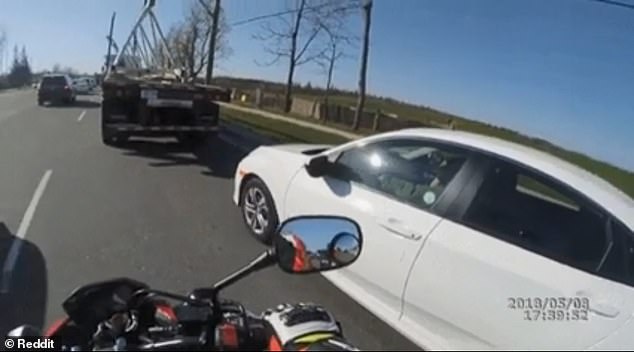 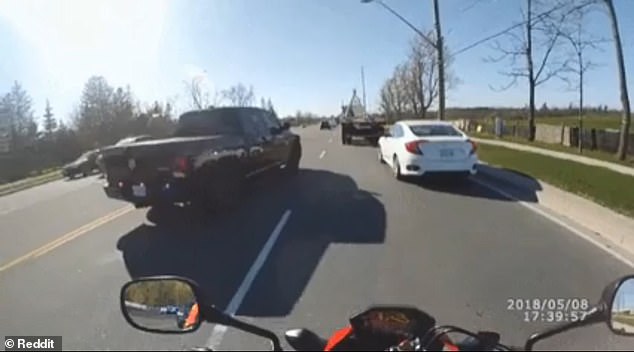 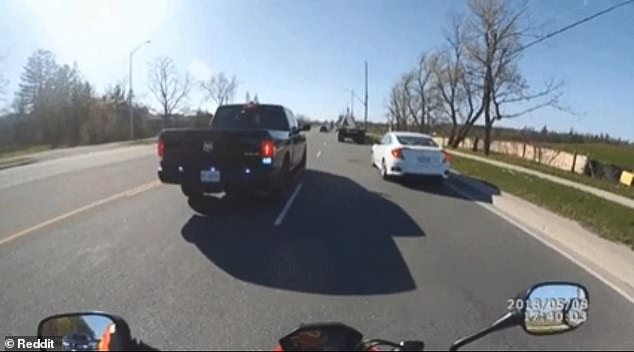 The driver, who is seen talking on his mobile device, appears to ignore the motorcyclist and continues on his way, accelerating past the motorcycle and coming within a few feet of a tractor trailer that is right in front of him.

Suddenly, a black Dodge Ram pickup truck in the left lane flashes its police lights and pulls the sedan over.