Juul has been accused in a lawsuit of selling at least one million contaminated vaping pods by a former company executive who claims he was fired for flagging safety concerns about product quality.

Former Juul senior vice president Siddharth Breja filed a lawsuit on Tuesday saying that he tried to raise concerns about the alleged contamination of Juul’s mint-flavored e-cigarette nicotine pods, as well as the sale of expired products.

He claims then-CEO Kevin Burns responded to his concerns by saying: ‘Half our customers are drunk and vaping like mo-fo’s, who the f*** is going to notice the quality of our pods?’

Breja claims that he was fired by the e-cigarette company in March for being a whistle-blower and raising concerns about the alleged contamination.

He claims Juul knew the pods were contaminated but still sent them to market. He said the company refused to recall the pods or issue a product health and safety warning.

It is not clear from the lawsuit what the pods were contaminated with. 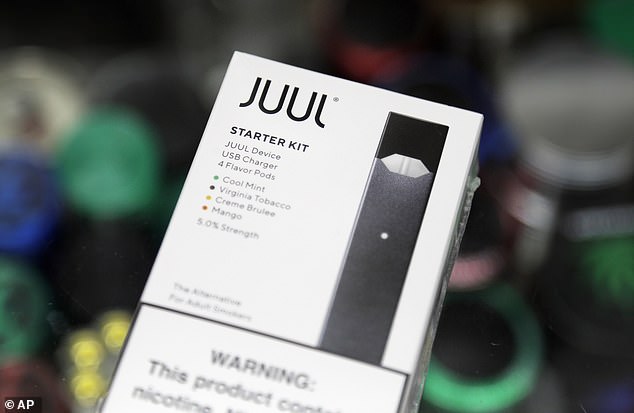 Breja said he first learned on March 7 that a batch of mint refill kits had been contaminated. He said the contaminated product had been traced to two batches of Juul’s eliquid.

He said he further learned in an executive team meeting on March 12 that some batches of the mint eliquid had been found to be contaminated.

He said they were told roughly 250,000 mint refill kits – the equivalent of one million pods – manufactured with the contaminated eliquid had already been shipped to retailers and was being sold to customers.

Breja claims he was then asked to recover about $7 million from the supplier of the eliquid for the contaminated eliquid batches.

He claims Burns told him no one would notice the quality of their pods when they were discussing shipping out expired or nearly expired pods.

In the lawsuit, Breja – who says he was working for Uber when Juul approached him about a job in early 2018 – accused Burns of fostering a culture of silence at the company.

Breja claims that after an FDA raid in October 2018, Burns instructed employees not to discuss regulatory or safety issues in writing, over e-mail, texts, or even the internal messaging application in case it was seized in any future searches.

DailyMail.com has contacted Juul for comment about the lawsuit. 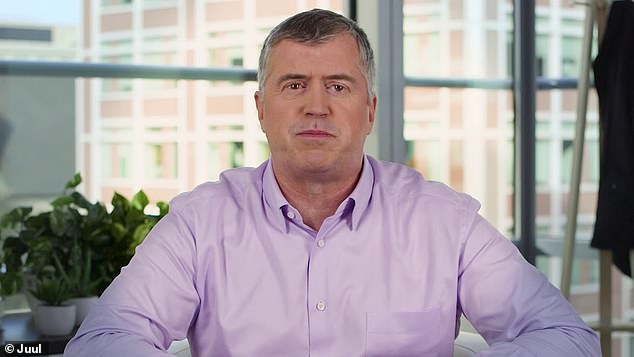 Former Juul senior vice president Siddharth Breja filed a lawsuit on Tuesday alleging that when he raised his concerns about product safety, then-CEO Kevin Burns (above) responded: ‘Half our customers are drunk and vaping like mo-fo’s, who the f*** is going to notice the quality of our pods?’

It comes as the San Francisco-based company revealed on Monday that it will be cutting jobs as part of a restructuring plan as the threat of a U.S. vaping ban looms.

Juul was growing rapidly before the apparent health dangers of e-cigarettes ignited alarm.

A debate over regulating e-cigarettes comes amid a mysterious epidemic of lung conditions linked to vaping that has claimed the lives of at least 33 people in 24 states.

Teenage girl, 13, left covered in blood after being beaten by a friend's BOXER mother
Brighton win on the road as Newcastle continue to struggle
Tinder rapist Glenn Antony Dylan Hartland sobs in court as he finally admits to his evil crimes
Tory leadership: Team Boris threatened ministers ahead of Gove's defeat
Boris Johnson joined by his ex-MEP father Stanley ahead of the latest Tory leadership hustings
Shoebox of love letters between a courting couple is returned after 70 years thanks to Facebook
Banksy SALUTES whoever painted over his anti-Brexit artwork
The Queen is a massive Wham! fan, the band's former manager reveals