She is forging a career as a successful model following her father’s huge success in the music industry.

And Anais Gallagher showcased her sensational sense of style as she attended Flannels AW19 campaign launch event in on Tuesday.

The model, 19, looked radiant in a cream shirt with burgundy stripes along the arms which she paired with matching trousers. 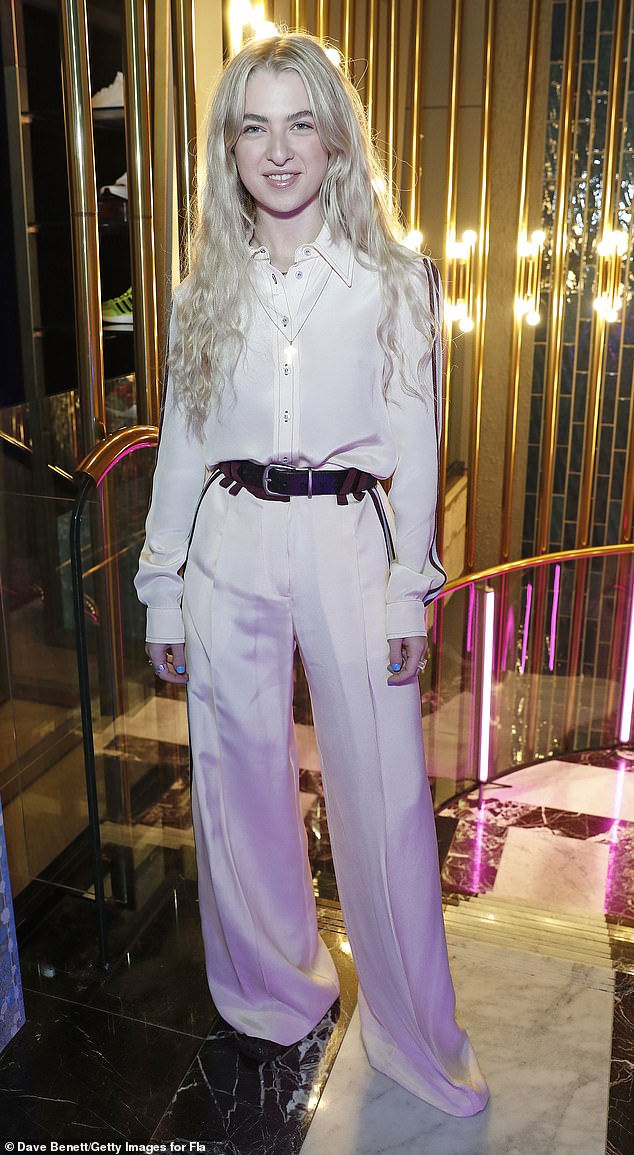 Cinching her waist with a black belt, Anais styled her blonde locks into loose waves for the swanky event.

Anais completed her look for the evening with a gold cross necklace.

She was joined by some of her famous pals for the evening including fellow model Lottie Moss and socialite Lady Mary Charteris.

Speaking previously to , Anais told how it was normal for her to watch her father perform on stage as a child and she has only become ’emotional’ watching his shows more recently. 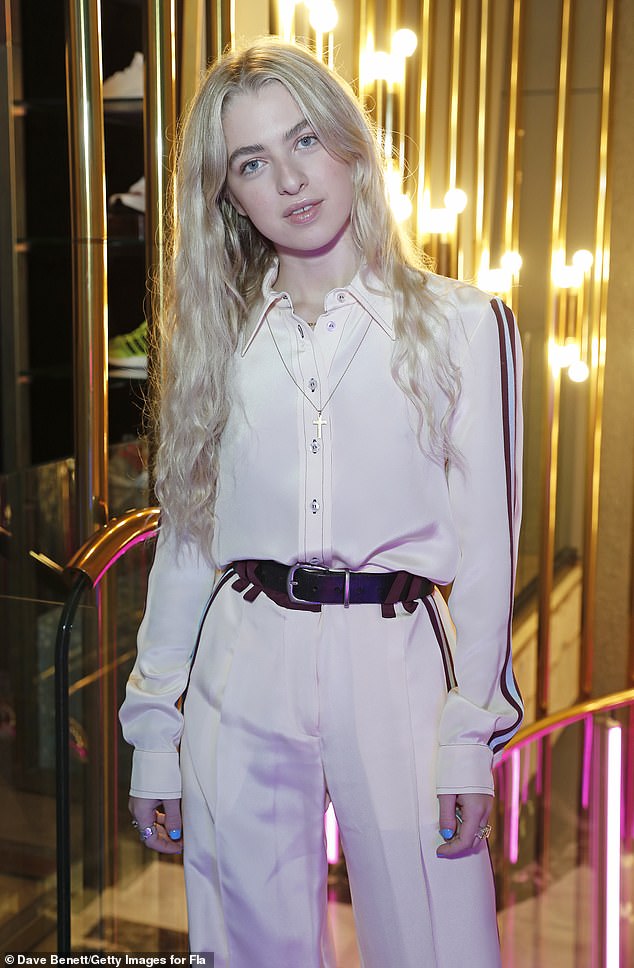 Style: The model looked radiant in a cream shirt with burgundy stripes along the arms which she paired with matching trousers

Anais revealed the band’s Wembley Stadium gig in 2009 is her earliest memory of an Oasis performance.

She said: ‘Obviously I went to lots of Oasis gigs, but this is the one I can remember most vividly.

‘I particularly remember being very upset there were no Cadbury Buttons in the dressing room – a huge travesty for eight-year-old me.

‘People expect the memory of Oasis to have been just as crazy for me as it was for them, but I was born watching my dad onstage so it didn’t really faze me. 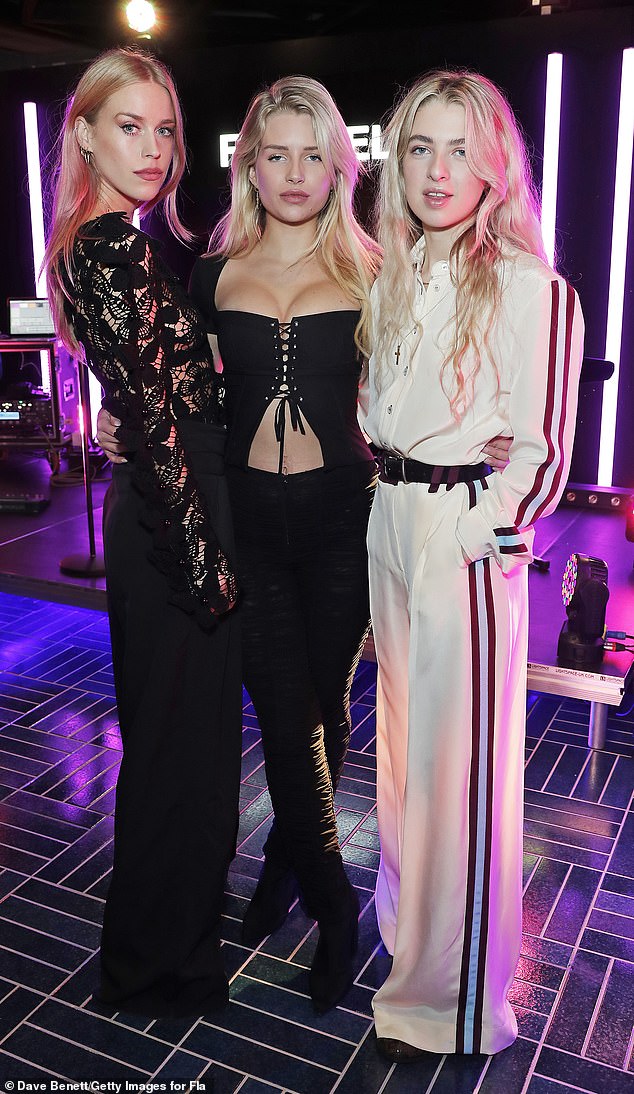 Pals: Anais was joined by some of her famous pals for the evening including (L-R) socialite Lady Mary Charteris and fellow model Lottie Moss

‘I’ve only started getting properly emotional when I see him onstage recently. Before, I was slightly oblivious.’

The fashion maven previously spoke to about her rise up the ranks of London’s social scene and accepting her place as part of the exclusive Primrose Hill Set’s ‘next generation’.

The group – named after the affluent London district – originally formed in the 1990s when a number TV and film actors, including Jude Law, Rhys Ifans and Ewan McGregor, lived close by and featured in each other’s projects. 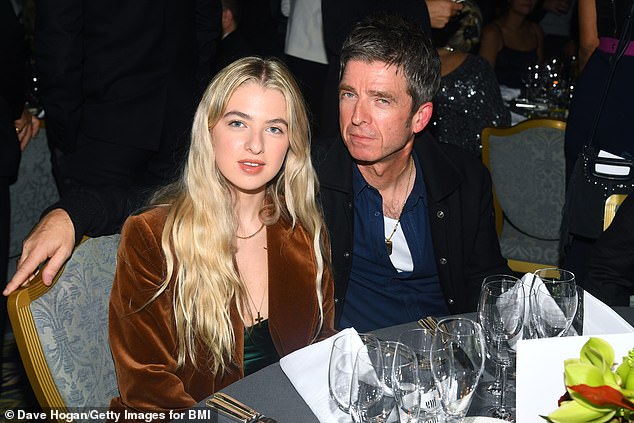 Family: Anais said it was normal for her to watch her father Noel Gallagher perform on stage as a child (pictured in October 2019)

Anais’ mother Meg Matthews was also a notable member, and the young star explained that it’s now just another part of her life as she’s grown up with friend Rafferty Law, who is the son of Jude and Sadie.

Of the infamous group, Anais said: ‘I’ve learned now, you’ve got to embrace it. We all still live there, we’ve grown up together and are relatively close.

‘There’s a deep connection with these friendships because they’ve been there our whole lives.’

Anais has been in the spotlight since her childhood, having signed with her first modelling agency at the tender age of 11.

Profile: Anais spoke to Tatler about her rise up the socialite ranks in London, accepting her place as part of the Primrose Hill Set’s ‘next generation’ (pictured in August 2019)