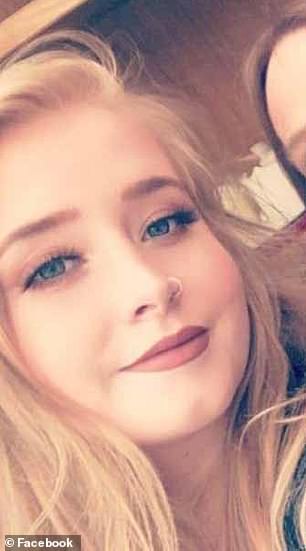 Student Lindsey Bone, 20, was found dead by flatmates in her bedroom in Brighton in April

A criminology student who was obsessed with her weight died after taking regular doses of apple cider vinegar pills, an inquest has heard.

Lindsey Bone, 20, was found dead by flatmates in her bedroom in Brighton where she was living while studying at University of Sussex.

A coroner could not find a reason for her death on April 4 at an inquest last Thursday, and said it was a ‘mystery’.

Mrs Bone added: ‘She was just a wonderful, strong person.

‘She wanted to get through university to honour her dad and do the best she could. She had so many plans for the future and everything she wanted to do.’

This is widely advertised as a ‘natural appetite suppressant’ and ‘weight loss supplement’ which is made from crushed, distilled and fermented apples. 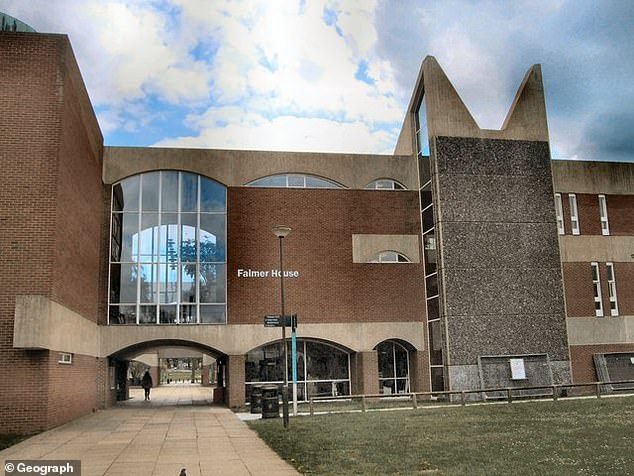 Miss Bone studied at the University of Sussex in Brighton (Pictured, its Falmer House building)

The coroner was told by Miss Bone’s fiancé Jamie that she had been anxious about an upcoming holiday and had been determined to lose weight.

Acidosis is a condition caused by the body fluids containing too much acid, when the kidneys and lungs cannot keep pH levels in balance.

Lungs and kidneys can normally compensate for small pH imbalances, but issues with these organs can lead to the accumulation of excess acid.

The acidity of the blood is measured by the pH, with a lower reading making it more acidic. The pH should be around 7.4, while acidosis is seen in those with a pH of 7.35 or lower.

Acidosis is either a) respiratory acidosis, which happens when too much carbon dioxide builds up in the body; or b) metabolic acidosis, when the kidneys cannot eliminate enough acid or get rid of too much base.

When coroner’s officer Claire Rogers visited her room shortly after she had been found, she discovered a food diary containing rules.

The notebook included comments in which she was ‘very negative about herself’, Mrs Rogers reported. A police officer said ‘dieting pills’ were found in the room.

Mrs Bone said she knew her daughter ‘used to take a tablespoon [of cider vinegar] every time she ate, three times a day’ but had since started taking it in tablets.

She said she had been taking it for ‘maybe two years’. Mrs Bone said her daughter had been doing the 5:2 diet, restricting food intake two days a week, and knew through messages from her that she had not eaten much on the day of her death.

All that was found in her system were prescribed anti-depressant and anxiety medication and neither exceeded a ‘normal, therapeutic dose’.

Dr Guy said: ‘The only positive finding from blood tests was a slightly high acid level in the blood.’

Apple cider vinegar is a celebrity favourite, with stars such as Scarlett Johansson, Miranda Kerr and Beyoncé praising its weight loss and health benefits.

But top Harley Street nutritionist Rhiannon Lambert said last year there is limited evidence that drinking the tonic everyday will help you lose weight – and that it won’t undo a poor diet or sedentary lifestyle.

It is claimed that drinking a tablespoon of the vinegar mixed in a glass of water can help to reduce appetite which can therefore help you lose weight.

Beyoncé once claimed she lost several pounds by drinking it everyday in the morning, and Victoria Beckham is also a known advocate of the tonic.

But Ms Lambert said last year: ‘Some suggest it helps lower blood sugar levels, improves metabolism and even burns fat, which may explain why people think it is some kind of ‘miracle drink’.

‘However, the majority of research has involved very small samples sizes and mainly on animals – meaning results cannot apply to the general population.’

She added: ‘Let me assure you no type of vinegar is going to undo a poor diet or sedentary lifestyle. Although it can be a lovely addition a salad, don’t plan it on it being that magical cure that will transform your body.’

Some of the world’s top stars swear by apple cider vinegar, claiming it can do everything from reducing the appetite to boosting the immune system.

Liz Hurley said the fermented liquid is the key to her youthful complexion and she adds it to cups of hot water when she wakes up.

This is called acidosis. Dr Guy said: ‘It was not at a level we would normally consider as a fatal level but it was a lot higher than usual.

‘Your body has a natural way of balancing acid and alkali and that can be affected by diet, very high protein and low fat diets, especially if there has been fasting.

‘Apple cider vinegar is a food supplement. There is not much information on the effect it could have. Obviously the vinegar is acidic and we don’t know how many she was taking at once.

‘The only serious effects in the past have been when people have had a lot of vinegar.’

Lindsey was prescribed anti-depressants and anxiety medication by her GP after losing her father in May 2018.

She had picked up repeat prescriptions of these when she had last seen her GP in March.

Miss Hamilton-Deeley said the GP notes said Lindsey was still feeling anxious but was able to do daily activities, was eating well and did not have thoughts of ending her life.

She said the case was a ‘mystery’, adding: ‘The only two conclusions would be natural causes or misadventure if we found that for some reason any supplements she was taking had a reaction with any of her medication.

‘But that seems so unlikely because it’s not as if apple cider vinegar is new. People have been using it for donkey’s years.’

She concluded: ‘On the balance of probability I can record it is likely cardiac arrhythmia. I don’t know what has caused it.

‘What might have contributed is the anxiety and depression because of what she had been prescribed. They might not be 100 per cent good.

‘Any prescription carries an element of risk. We can’t avoid the risks we don’t know about.’

Miss Hamilton-Deeley recognised Miss Bone was in a state of acidosis and said: ‘We have talked about the apple cider vinegar but there were other things she took and there is the possibility that on that day, a day of dieting, there was some interaction but I don’t know.

‘I am going to leave the conclusion open and I can’t do anything but offer you condolences on the loss of an extraordinary young woman. It is not satisfactory but I fear it is the best I can do.’

After the hearing, held in Brighton, Mrs Bone said she wanted to warn others, particularly young girls, about extreme dieting. She said: ‘Please be careful.’

Bayer Leverkusen boss Heiko Herrlich under pressure from supporters ahead of facing Bayern Munich
The Block's Hayden and Sara share a gushing tribute on the fourth anniversary
All 50 adverts shown during Sunday's Super Bowl
Left-wing 're-education camp' floods TV with Corbynistas
Climate change has turned Sheffield into a better area for growing wine than Champagne in France
Moment woman weeps to police officer that 'no one will believe she's been raped'
Saira Khan claims she can relate to the 'pain, confusion and heartache' of Phillip Schofield's wife
Battered Britain is warned to brace for Dennis the Menace 'with danger to life warning'