The majority of millennials, those born between 1981-1996, said in a poll released Monday that they would vote for a socialist candidate.

, an independent Vermont senator and 2020 Democratic presidential candidate, is a self-declared Democratic socialist and gave the movement mobility in the 2016 presidential elections where he was defeated by in the primary competition.

He advocates for far-left policies like Medicare for All, significantly increasing taxes on higher earners and the Green New Deal. 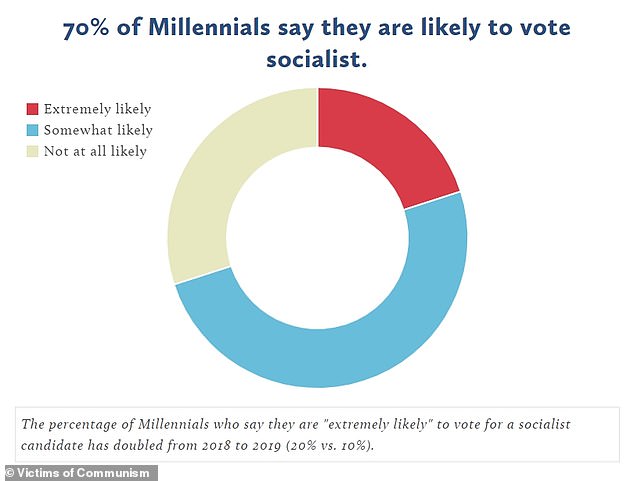 A poll released Monday shows that 70 per cent of Millennials in the U.S. would vote for a socialist candidate 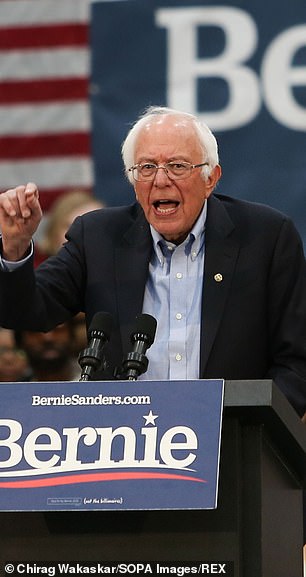 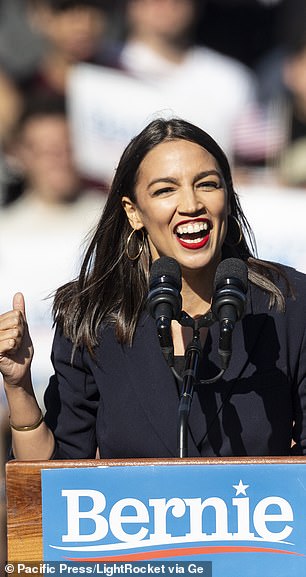 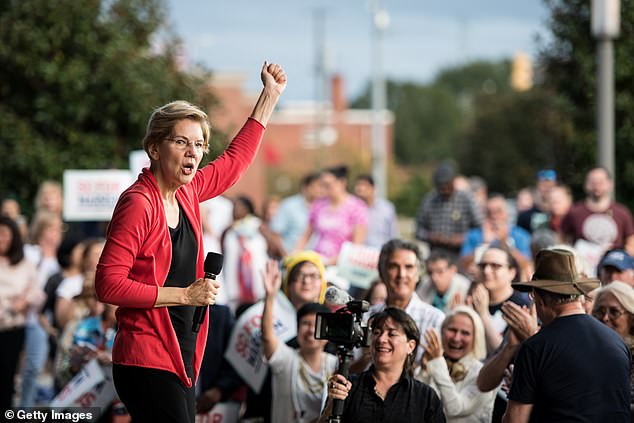 Elizabeth Warren, a 2020 Democratic frontrunner, has often been lumped with progressive Sanders, but she claims she is a ‘capitalist to my bones’ and it would be ‘wrong’ to label her a socialist

Fellow Democratic socialist and freshman representative Alexandria Ocasio-Cortez was elected to the House in the 2018 midterms and her popularity, especially among younger generations, shows the shift in the U.S. toward a favorable view of the ideology.

Ocasio-Cortez was an organizer for Sanders’ 2016 presidential campaign and recently endorsed his second consecutive run for president just a few weeks after his heart attack.

Democratic 2020 contender Elizabeth Warren, although lumped in as a progressive with Sanders, has insisted she is a ‘capitalist to my bones’ and indicated it would be ‘wrong’ to label her a socialist.

Despite the move of younger generations to support socialism, Warren regularly places higher than Sanders in national and regional polls. In recent weeks she has emerged as the frontrunner, even beating out the usual No. 1 candidate former Vice President Joe Biden.

Older generations are much less likely to vote for a socialist candidate, according to the poll. 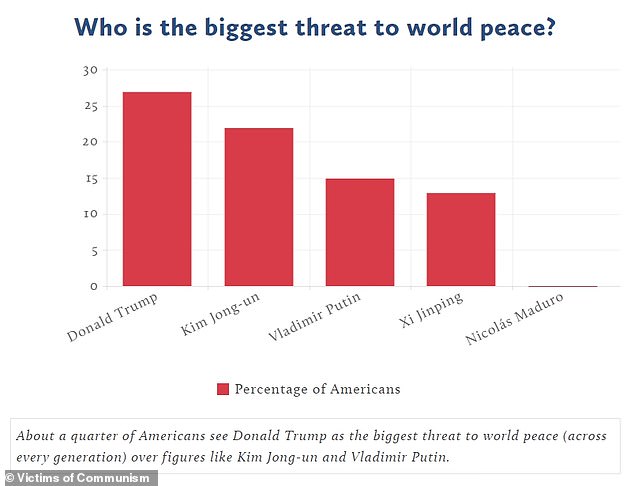 When ignoring generational lines, overall Americans are more hesitant to vote for a self-declared Democratic socialist than they were last year. In this poll, 53 per cent said they are ‘hesitant’ or would ‘never vote for a candidate who identified as socialist compared to the 47 per cent who said they same in 2018.

Another indication that millennials favor socialism over capitalism, the poll found, is that one-in-five said they believe society would be better off if all private property were abolished and it were owned and run by the government instead.

Traditionally, socialist views advocate for bigger government and more government control, while capitalism lends itself to a smaller federal government, less government intervention in business and personal life and prefers the free market to take hold.

Sixty-one per cent of respondents to the survey said they prefer capitalism over other economic systems – the same outcome of the 2018 poll.

ESPN's Laura Rutledge flattened by college football star Prather Hudson who asks her on date
Nxivm founder Keith Raniere left sex slaves as armed agents stormed Mexican hideaway
US women's soccer star Megan Rapinoe refuses to sing the national anthem as a 'F You to Trump'
Boy's classmates give him hugs as he returns to school after surviving Hurricane Dorian
C-Section babies are no more likely to be obese than those born normally
Kitty with eye condition steals Instagram's heart with his unique gaze
Meghan McCain, 35, is pregnant and will self-isolate due to the Coronavirus pandemic
Jim Carrey to take on Joe Biden in new season of Saturday Night Live