Renee Steinaker is suing the airline in Arizona federal court after she allegedly witnessed the act of voyeurism on a flight from Pittsburgh to Phoenix in February 2017.

Southwest firmly denied Steinaker’s allegations in a statement to DailyMail.com.

‘When the incident happened two years ago, we investigated the allegations and addressed the situation with the crew involved,’ an airline spokesperson said Sunday morning.

‘We can confirm from our investigation that there was never a camera in the lavatory; the incident was an inappropriate attempt at humor which the company did not condone.

‘The safety and security of our employees and customers is Southwest’s uncompromising priority. As such, Southwest does not place cameras in the lavatories of our aircraft. At this time, we have no other comment on the pending litigation.’

Attorneys for both pilots have denied that the pair livestreamed from the lavatory or violated airline policy in any way. 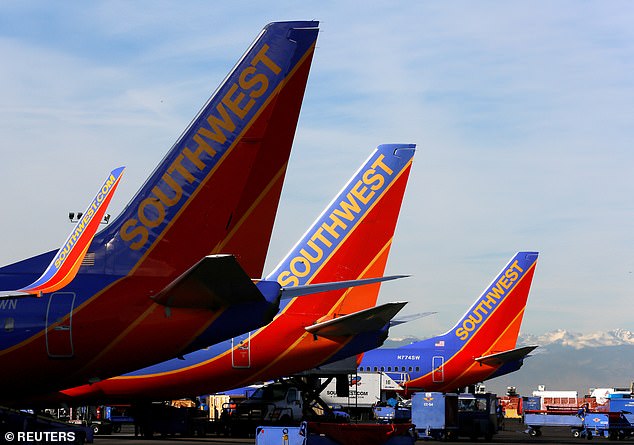 Steinaker said pilot Captain Terry Graham asked her to come to the cockpit so he could use the restroom, as Southwest protocol requires at least two crew members be present in the cockpit at all times.

When Steinaker entered the cockpit, she allegedly saw an iPad mounted on a windshield near Graham’s seat.

The lawsuit says it was playing a livestream of the plane’s lavatory and Steinaker could see what appeared to be Graham inside the bathroom.

She asked the co-pilot Ryan Russell, who was also in the cockpit, to confirm the iPad’s footage.

‘Plaintiff Renee Steinaker immediately asked Russell whether the iPad was “live streaming” from the camera in the forward lavatory. Russell admitted that it was live streaming,’ the lawsuit states.

‘Russell advised Plaintiff Renee Steinaker that there was a camera in the lavatory and that it was hidden so that no one would ever find it.

‘Russell directed Plaintiff Renee Steinaker not to tell anyone about the camera or the recordings because they were on the “downlow”.’

Russell allegedly told Steinaker that the cameras were new and that all Southwest Airlines’ 737-800s had them. 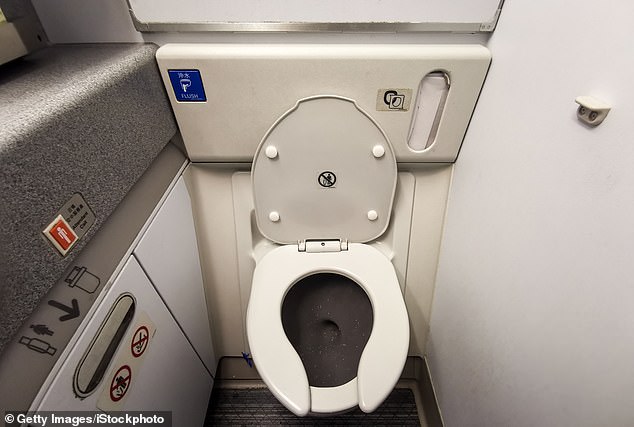 Steinaker’s attorney Ronald L.M. Goldman told the that the pilots revealed she and others had been recorded.

‘They led her to believe that she and others had been filmed — had been videotaped if you will — while they were using the lavatory. It’s really hard to imagine a more outrageous kind of conduct,’ he said.

In response, Steinaker took a photo of the iPad with her phone to document the incident and showed fellow attendants the alleged evidence.

Steinaker and other crew members reported the incident to the airline, but were reportedly told not to speak of it.

‘If this got out, if this went public,’ an official allegedly said, ‘no one, I mean no one, would ever fly our airline again.’

Graham and Russell were permitted to continue onto their next flight and are currently still flying with the company.

In addition to that claim, the lawsuit says the pilots violated airline protocol and ‘disembarked, leaving the aircraft unattended by piloting staff.’

Graham is also accused of leaving ‘a loaded firearm unattended in the cockpit, a violation of FAA regulations’.

David Steinaker, Renee’s husband and fellow Southwest flight attendant, claim that they are the victims of retaliation after going to airline officials.

The say the airline ‘engaged in a pattern of retaliation and monitoring efforts to silence and intimidate’ the couple and other crew members.

They say they were stalked, faced in increase in performance audits and were given ‘random’ drug and alcohol testing.

Goldman said: ‘In my view, Southwest Airlines has treated this as “how dare they report it” rather than “thank you for letting us know”.’

‘In my opinion as an aviation lawyer with many years of experience, this does compromise the safety of flight and the safety of passengers, not even to mention for the potential of violating the privacy of all of the passengers as well as the crew.’

Prime suspect within the homicide of former Bush physician is a former COP
Girl who helped police seize Waffle Home shooter is NOT eligible for Crime Stoppers reward
Crows can guess the weight of an object by watching it sway in the wind
Police chief LAUGHS as he loses balance during sobriety test before he's arrested for DUI and fired
Meghan's mother Doria calls her daughter her 'little flower'
How Meghan Markle and Prince Harry's son could become US President
NBC Universal Pictures still plans to release The Hunt about 'liberal elites' kidnapping deplorables
Dads have a maternal instinct too! A new series analysing the science behind parenting