Fans of Sir David Attenborough branded him a ‘national treasure’ tonight after his new documentary Seven Worlds, One Planet aired.

The programme looked at the seven continents of the world and how each has changed and evolved since the Pangaea broke up.

Narrating the One documentary, Sir David claimed that this could be ‘the most critical moment for life on earth since the continents formed’.

Viewers were left in tears last night, with many saying they weren’t ’emotionally stable enough’ after clips showed a baby Albatross in Antarctica struggling to get back into its nest after a storm. 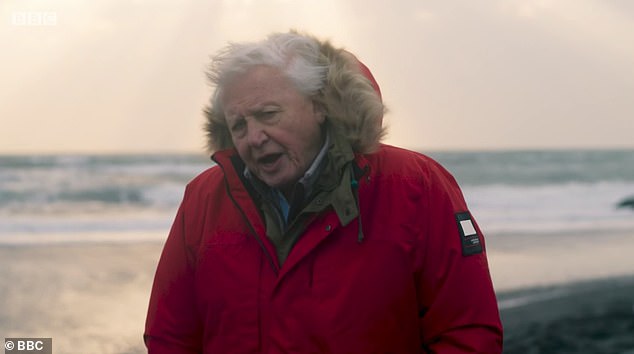 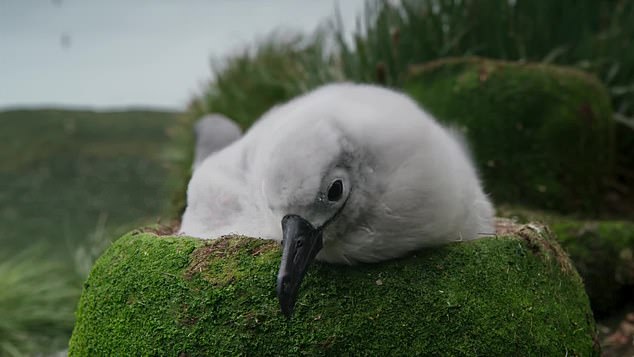 One Twitter user said: ‘I’m not mentally stable enough for the baby albatross dying.’ This is while another added: ‘Thanks David Attenborough, mrs is crying over an albatross.’

Sir David explained that the 70mph winds that were hitting the baby Albatross were due to climate change, and that this had presented a problem that adult Albatross’ were unable to deal with.

The programme also highlights the climate emergency and how this is having an impact of various species of animals across the world.

During the documentary, Sir David said a lot of the issues are due to a ‘change in the climate and added that the ‘warming of coldest region on earth effecting weather patterns’.

Others had been left in tears by the baby Albatross’ plight. One user said his wife was crying 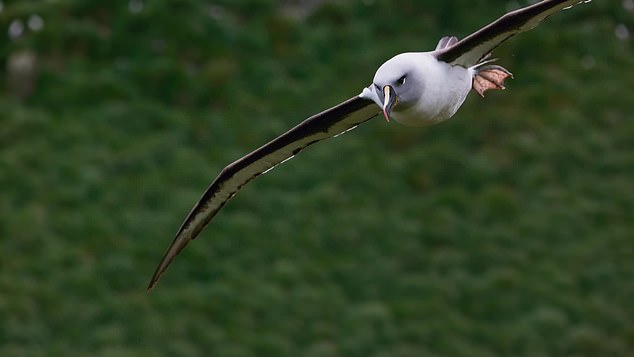 He added that species such as the Albatross ‘can’t keep pace’ with the ‘changes effecting their world’.

The baby Albatross was left on its own for a while when its parents went to get food. It fell out of its nest when winds hit 70mph and was unable to get back in.

It fell underneath the nest, right beneath the feet of its father.

Grown Albatrosses are unable to recognise their babies by sight and only no its them if they are settled in the nest.

The baby gradually made its way back into the nest, where it was then welcomed by its father.

Other users highlighted how Sir David was ‘dissapointed’ with the human race because of the climate emergency, after he stated that humans were one of the biggest predators for some of the Antarctic’s population.

Social media users said that his documentaries had taught them ‘immeasurable amount about the planet’.

Kelly said: ‘This mans knowledge has taught me immeasurable amounts about nature and planet earth. The term ‘National Treasure’ is banded around all too often these days, but Attenborough is more than worthy of that title’.

Another hilarious moment of the show was when some baby penguins had been left on their own, after their parents had gone to find them food.

The deal between them being that the baby penguin would remain in the same spot so that the parent could return and feed it.

But some penguins wanted to explore and went over to some other animals that had been resting where they were exploring.

They got a nasty fright when it jumped up to scare them away, with many of them fleeing in the opposite direction.