A New York based artist has revealed he spends hours trawling in search of cursed objects after stumbling upon a ‘haunted box’ for sale on the popular website two years ago.

Eric Oglander, 31, told on Saturday that he has become so ‘obsessed’ with looking at ‘haunted’ listings that he has taken screenshots of up to 50 items during a single eBay binge.

Speaking with the publication, Oglander claimed that he has become more interested in the art of the listings than in the objects themselves, and doesn’t often purchase the spooky  items.

‘The listings are a way of containing a story and also telling a story,’ he stated.

But while Oglander may not be buying all of the novelties he screenshots, many eBay shoppers appear obsessed with securing ‘haunted’ objects ahead of Halloween.

According to The Times, a ‘haunted 16-inch doll’ with ‘supernatural paranormal power’ recently sold for a whopping $5,600. 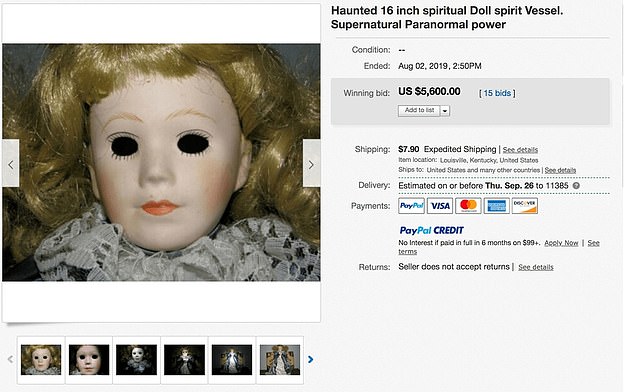 Spooky items are big business for eBay sellers with a ‘haunted 16 inch doll’ with ‘supernatural paranormal power’ recently selling  for a whopping $5,600, according to The New York Times 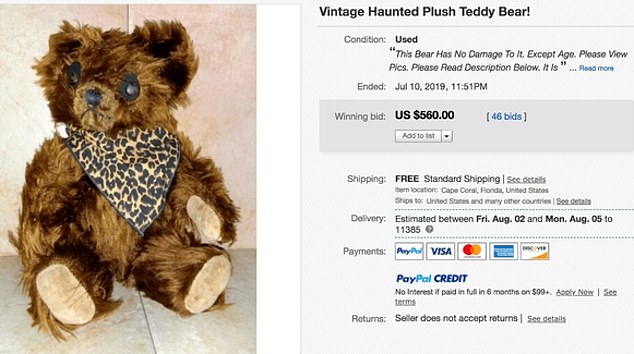 Meanwhile, a ‘vintage haunted plush teddy bear’ was also snapped up for $560 after 46 bids.

However, those who missed out on the terrifying teddy can opt to purchase another which is currently still for sale for the less expensive sum of $168.99

‘This bear was found in the closet of an elderly woman’s home,’ the listing reads.

‘She has no children or close family. She has no idea where this came from or how it got there. There were no other toys or children’s items found in the home. I wouldn’t look at it too long if I were you. As for me, this is staying in a bin at an off-site storage facility so it doesn’t scare me or my family.’

The seller, who is based in Pittsburgh, Pennsylvania, offers free 30 day returns if viewers aren’t satisfied with their spooky purchase.

If shoppers aren’t able to spend three figures on haunted objects, there are still some other cursed trinkets on the market at cut price.

Another’haunted supernatural doll’ which is allegedly ‘actively possessed’ is selling for $39.00

‘Haunted bones’ have been put up for sale for the bargain sum of $5.95 by a seller in Maryland.

Elsewhere, a paranormal clown is selling for $22, while ‘demon ash’ is retailing for $10. 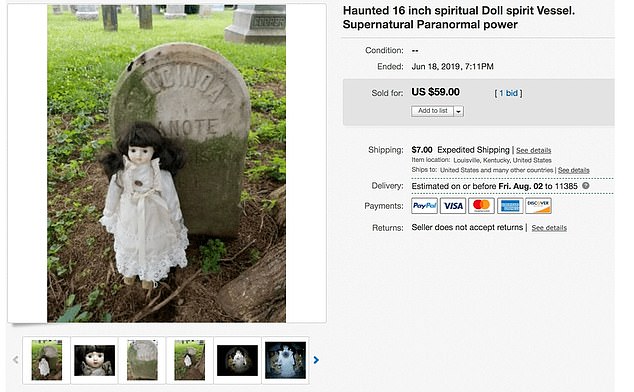 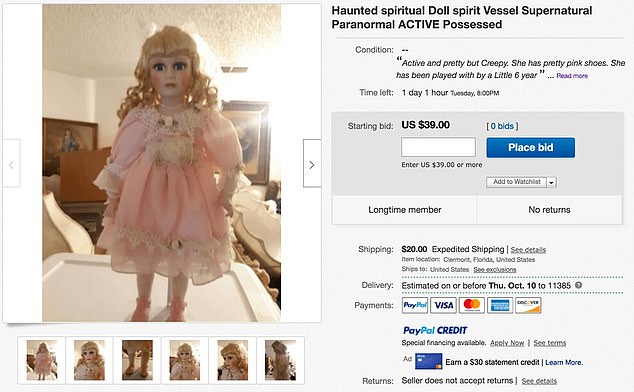 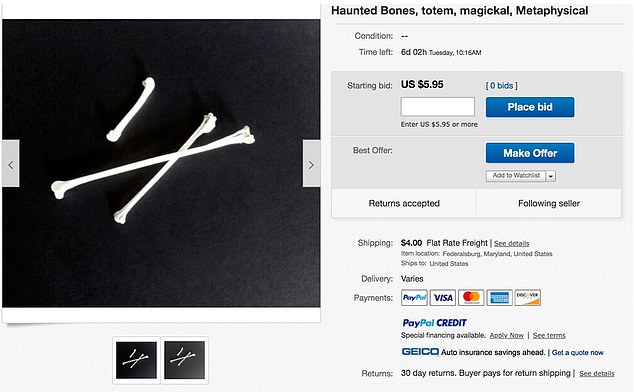 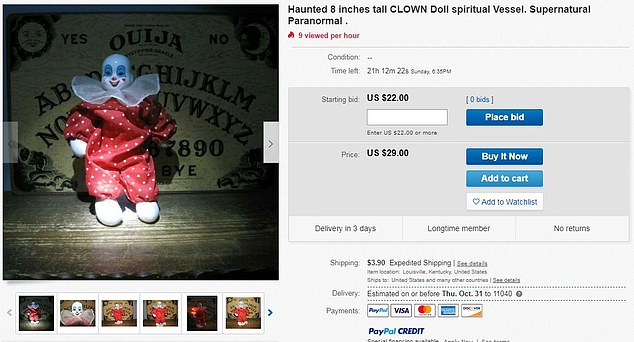 Demon ash, a paranormal clown, and haunted bones are all for sale on eBay

Puppy comforts his little sister with a cuddle in Egypt
REBECCA ENGLISH watches George and Charlotte steal the show in Windsor
The Latest: Death toll from N. California wildfire now 84
Hillary retires from politics, mocks Trump with Mean Girls tweet after he says he wanted a rematch
Huge, FAKE Supreme store opens in Shanghai after real brand 'failed to trademark its name and logo'
Southwest Airlines crew sing Happy Birthday to World War II veteran who turned 101-years-old
Furious driver attacks a pedestrian as he guides a BLIND man across the road
Jana Duggar gets called a 'hypocrite' for allegedly Photoshopping skirts onto women on her Instagram