A Colorado women was dying of liver cancer, until a hepatitis C-infected organ miraculously saved her life in a medical procedure that is the first of its kind in the state.

Betty Huart, 65, was dying of liver disease and, like so many other Americans, spent a significant time shuffling on the liver transplant list.

‘I did not want to get as sick as some people [on those lists]. … I just knew that that’s not what I wanted to do,’ she told . 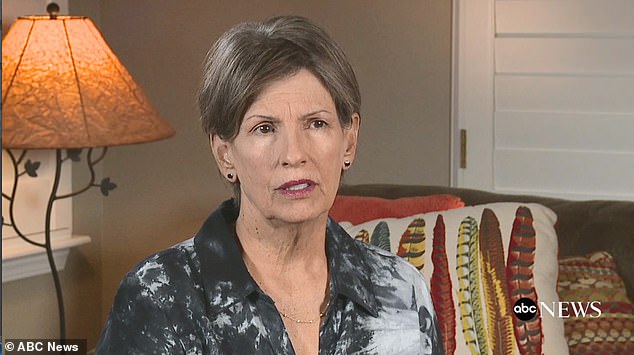 Huart was diagnosed with fatty liver disease in the early 2000s before the illness evolved into cirrhosis and eventually transformed into liver disease.

The American Liver Foundation reports that there are 6,000 liver transplants performed each year, but there’s more than 17,000 people vying for the coveted organ.

Dr. James R. Burton Jr. of UCHealth believed he could he had the answer to cure Huart’s liver disease lied in another one – hepatitis C. 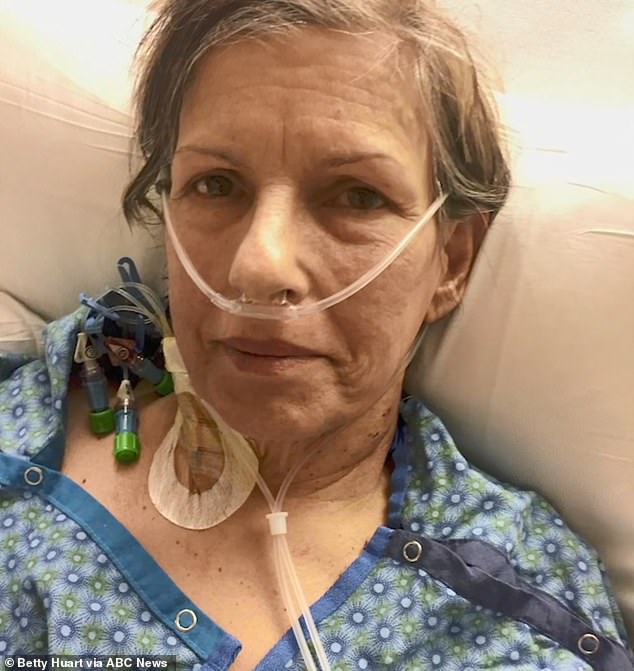 Hepatitis C is a viral infection that causes liver inflammation and is transmitted through infected blood.

It can be passed on through methods like blood transfusions and affects around 3 million Americans.

In the wake of the opioid crisis, there’s been influx in available organs from young people who have overdosed.

Burton, a hepatologist, knew that the infected organs were usually healthy and intact despite the infection.

Additionally, hepatitis C is not the same disease it was in years past.

Infected persons can take a few pills each day and nearly all who participated in the treatment are cured after 12 weeks.

Plus, it was comforting to know that the same medical endeavor had been successfully completed in other patients in the country.

In 2015, a woman was given an infected hepatitis C liver after waiting three years on the donor list and survived.

Two months after the liver was transplanted and she took the necessary medication to cure the hepatitis C, the disease was completely undetectable.

All inklings of the disease in those patients were untraceable after two weeks of drug treatment. 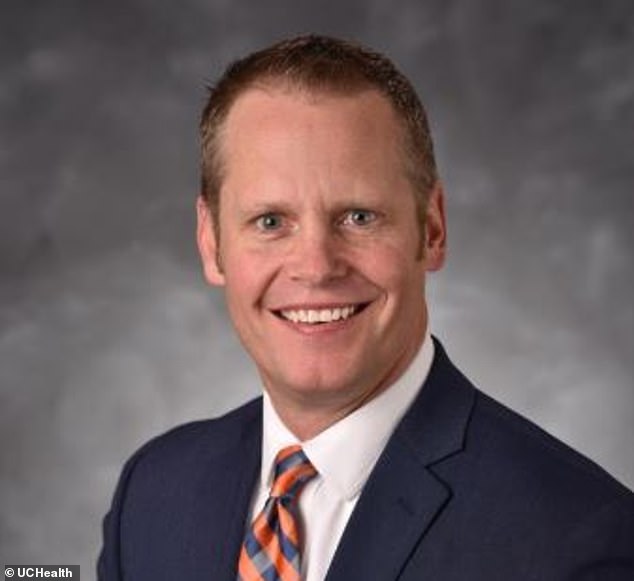 Dr. James R. Burton Jr. (pictured) of UCHealth believed he could cure Huart’s liver disease by transplanting one infected with hepatitis C and then curing the latter illness

With permission from Huart, Burton enrolled her in the study that was being conducted at the University of Colorado and five other transplant centers.

Even before Burton approached her with the option, Huart was very familiar with hepatitis C.

Her husband Steve had contracted the disease while serving in the Navy during the 1980s and spent several years fighting the debilitating disease.

At that time, treatment came in the form receiving shots to stimulate the immune system, only worked in around 40 percent of patients and oftentimes came with flu-like symptoms.

Huart said: ‘The medicine just emaciated him. Emaciated him to where he looked like he was just a suit on a hanger.’ 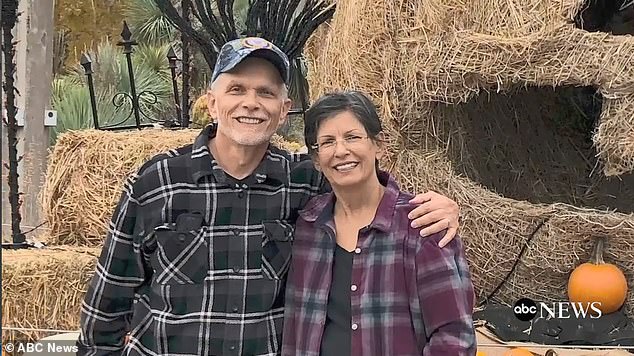 The recent strides in treatment made the Huarts consider the option, but not everyone understood or supported the idea.

Steve said: ‘Some said, “What are you, nuts? After what Steve went through, you want to go through with that?”

But Steve knew better than anyone the agonizing process his wife was going through.

‘You live waiting for a phone call,’ he said.

Regardless of what others said, Huart already had her mind made up. 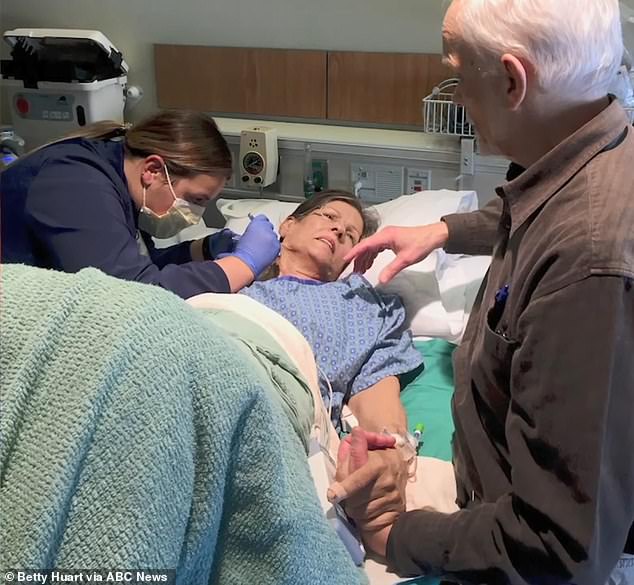 Pictured: Huart in a hospital bed receiving treatment related to her liver disease

‘I thought I’d jump over the cliff.’

On March 12, 2019, Huart was running errands when she received the fateful call.

They had a found a liver for her and it was time to report for surgery.

As exciting as it was, Huart had already been to the hospital twice for the same reason and each of those surgeries had been cancelled.

The Huarts arrived to the hospital at 8.30pm as the temperatures in Denver began to drop and a severe storm took shape.

By midnight, Huart was still waiting for surgeons to take her back for operations and the couple feared they would have to leave without a cure once again. 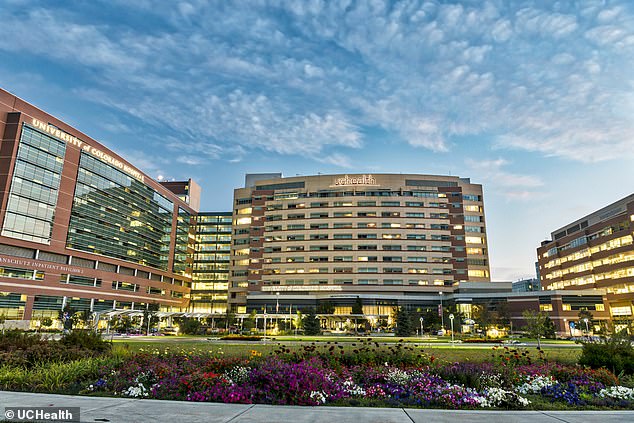 Huart received a sudden call to report for surgery on March 12 and arrived at the hospital around 8.30pm

Both Steve and Burton sat nervously outside the operating room while Huart underwent surgery.

Burton thought to himself: ‘What have I done?’

Several hours later, Huart emerged from surgery with a new liver and new lease on life.

Three days later, blood tests confirmed the presence of hepatitis C in Huart, but with a combination of oral medication she beat the disease in a few days.

She is re-discovering old hobbies that she left behind because of her illness, like cycling.

She said: ‘I rode a bike for many years, and for the last 12 years, I have not wanted to ride a bicycle. I was just too tried.’

“The smile on my face [when I rode that bike] doesn’t do the smile that was going on in my mind. That I was actually on a bike again and riding.’

‘Every day just gets better and better.’

Former child actress who voiced Disney favorite busted on drug charge
'They were totally misquoted,' Trump brushes off his intel chiefs' contradiction of his policies
Babies who battle infections are up to 20% more likely to commit violent crimes in later life
Trump insists he cannot be impeached because the economy is doing well
North Korea fire two missiles into the sea off its eastern coast
Bank teller, 19, 'broke into home of 78-year-old customer who withdrew large amounts of cash'
Donald Trump demands coronavirus vaccine in 'two months' and offers pharma chiefs SEATTLE for trials
Trump warns the US will turn into a socialist nation under a Biden presidency