She is one of the most successful singer-songwriters in the country – with an eye for style.

And Emeli Sandé looked sensational as she attended ‘s Ethnicity Awards in on Friday.

The Clown hitmaker, 32, put on a busty display as she flashed her bondage inspired bra beneath a racy thigh-split jumpsuit. 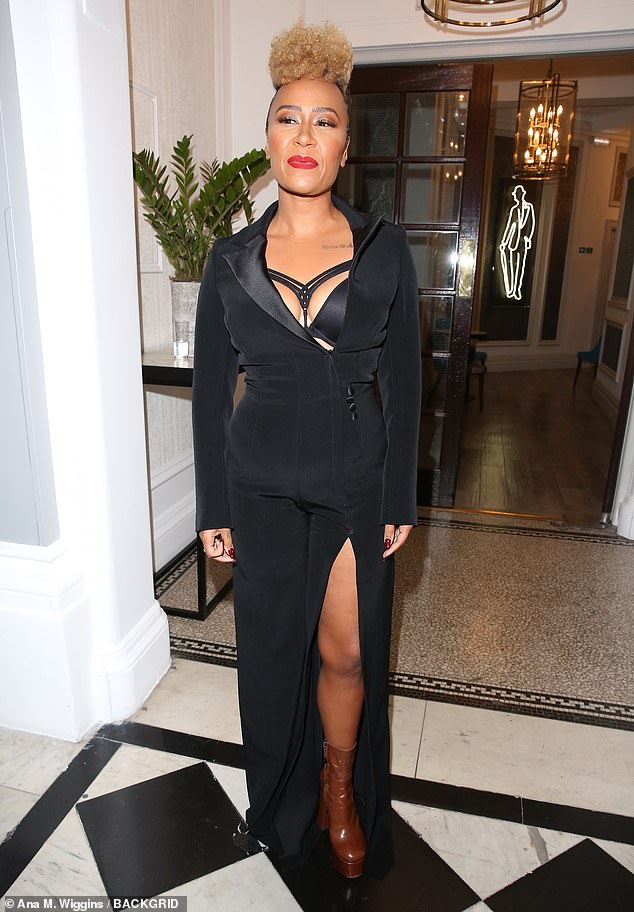 The beauty exuded confidence in the chic black outfit, which featured satin panels across the lapels and a plunging neckline.

The garment cinched in at her slender waist and and flowed into flared trousers, which exposed her toned legs courtesy of a thigh split.

Her caramel curls were styled in a chic updo while her gorgeous features were enhanced with metallic shadow and scarlet lipstick. 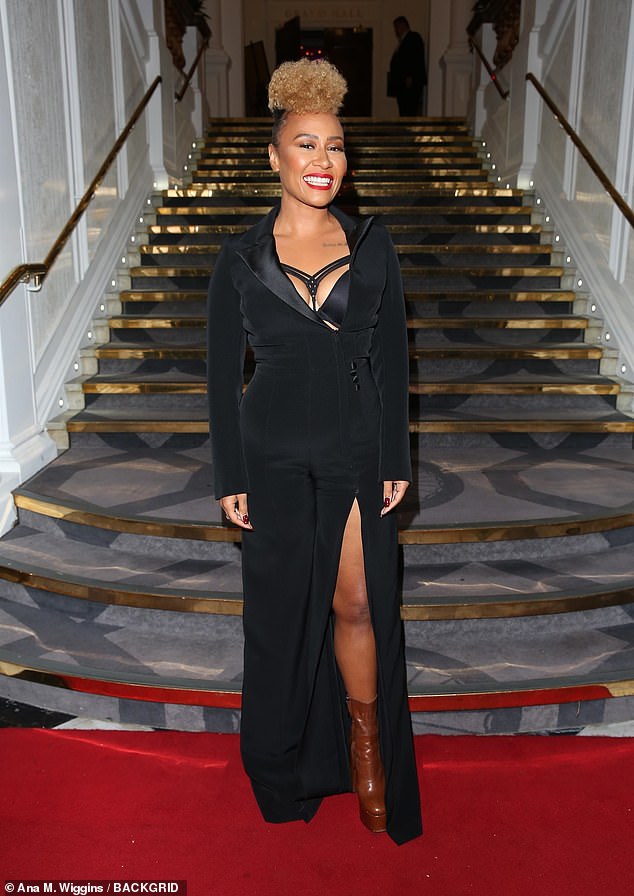 Gorgeous: The Clown hitmaker, 32, put on a busty display as she flashed her bondage inspired bra beneath a racy thigh-split jumpsuit

Emeli recently has revealed that she is looking for love again after going through a ‘difficult time’ following her divorce from Adam Gouraguine.

The singer, 32, finalised her ‘painful’ divorce in 2014, having split from her ex husband the year before but now feels ready to move on with a new man.

The Next To Me hitmaker revealed that she is ‘enjoying’ being single and has been on lots of fun dates as she tries to explore the ‘man world’ on a deeper level.

Discussing romantic relationships, she told the Mirror: ‘It’s been such a serious thing in my life for so long, so now I’m like, “Let’s just have fun” and understand the man world a bit deeper.

‘It’s a world I’ve never really explored. I’m still getting my head round it. 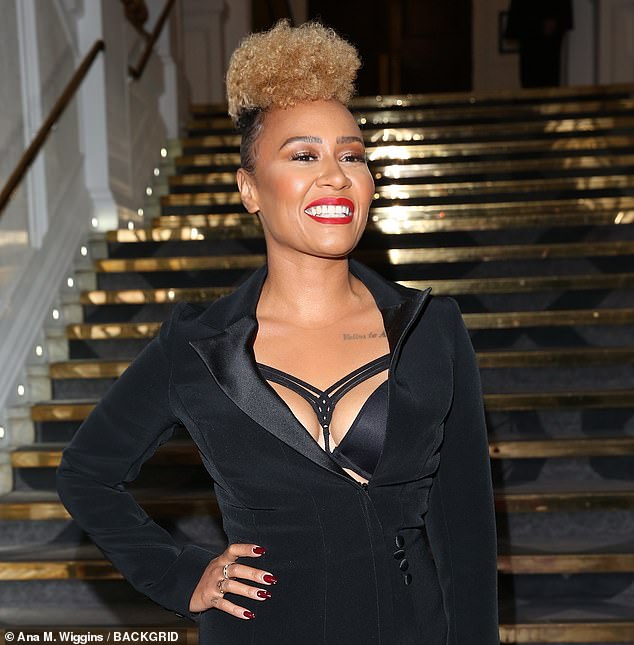 Work it: The beauty exuded confidence in the chic black outfit, which featured satin panels across the lapels and a plunging neckline

The pop star married marine biologist Adam, who she dated for 10 years, in his home nation of Montenegro in September 2012.

Emeli and England and Manchester City star, Raheem Sterling were the big winners at the second HSBC Ethnicity Awards.

The glittering ceremony, hosted by Capital FM’s Marvin Humes, was a night of celebration: highlighting those with a track record promoting equality for minority groups and making a difference to society.

Raheem Sterling, one of the most prominent figures in football speaking out against racism while simultaneously being a victim of abuse himself, received the Sportsperson award. 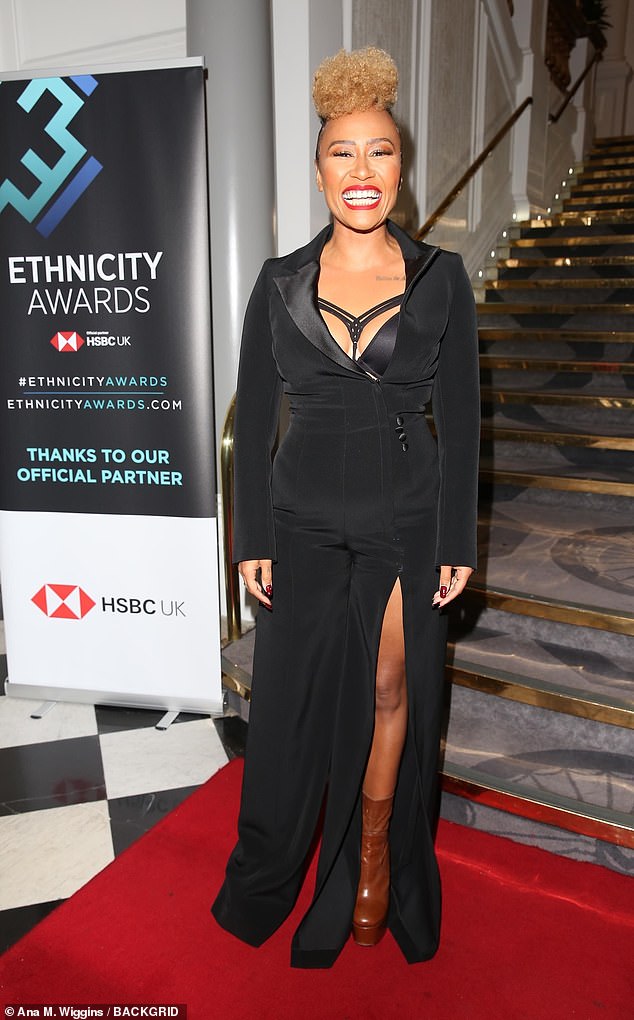 Winner: Emeli was honoured with the HSBC Icon award at the event

Emeli was honoured with the HSBC Icon award and Real Housewives of Cheshire star Seema Malhotra scooped the Entrepreneur award following the success of her Forever Unique clothing brand.

Other winners included Liverpool’s first ever black Lord Mayor, Councillor Anna Rothery, while big brands including ASOS and Royal Bank of Scotland were also recognised for their work in promoting diversity over the past year.

Race To The Top, Civil Service