newsreader Huw Edwards insisted today that he and his wife are ‘fine’ after burglars ransacked their home in .

The 58-year-old presenter is thought to have run downstairs to confront the man, but reports suggested he escaped by driving off in the Welshman’s car.

Bridgend-born Edwards, who has recently started a fitness regime and taken up boxing, was targeted last month at his detached home in South East London. 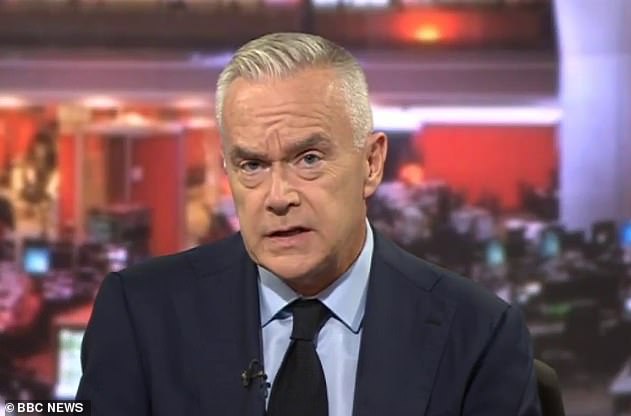 BBC News presenter Huw Edwards, 58, has insisted today that he and his wife are ‘fine’

But following earlier reports that he chased a burglar in his pyjamas, Edwards tweeted this morning: ‘Yes, we had a burglary. No, I didn’t chase the burglar.

‘The police are dealing with it. It happened a month ago. We’re all fine. Now back to more important things. Like Wales winning the Rugby World Cup.’

The Metropolitan Police confirmed they were called on September 16 and carried out forensic checks. The theft is still being probed but no arrests have been made.

A local source told The Sun: ‘Huw bravely ran out of the house after the burglar, but he was a whisker too late. 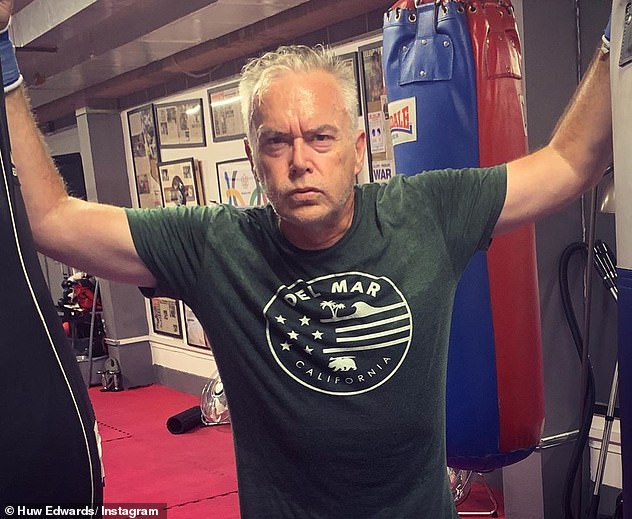 Edwards is said to have lost three stone in his fitness drive, which he has documented online

‘He saw the criminal driving off in the car and trudged back to the house. He put it down to one of those things which happen when you live in a city.’

The father of five’s Mercedes SUV was recovered the next day.

His wife Vicky Flind was at home with him at the time, but played down his heroics. She said: ‘We had a robbery, but I don’t really want to comment on it.’

Edwards is said to have lost three stone in his fitness drive, which has included lessons from former European light welterweight champion Clinton McKenzie.

With his new-found fitness, the Welshman was offered a slot on this year’s Strictly Come Dancing but turned it down in case an election is called before Christmas. 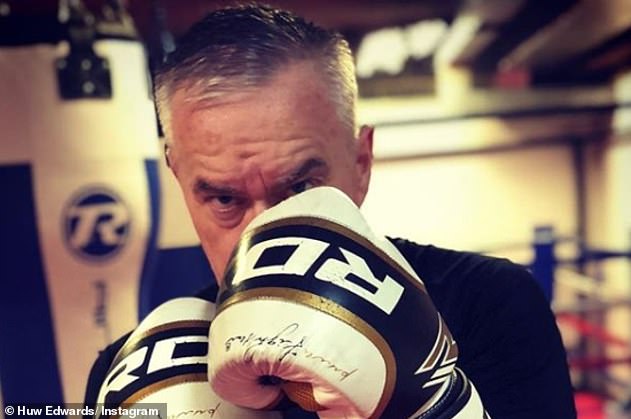 A police spokesman said: ‘Police were called at around 5.30am on Monday, September 16 to a report of a burglary at a residential address.

‘It was reported that a Mercedes car had been stolen. Officers attended the location and launched an investigation. There was no reported injury.

‘The car was recovered on September 17. The investigation continues and all lines of enquiry are being pursued. No arrest has been made at this stage.’

Wales take on South Africa in the semi-final of the Rugby World Cup in Japan on Sunday from 9am UK time. England play New Zealand in the other match tomorrow.