A decorator was left stunned after a postcard that he had sent to his parents from Benidorm nearly 30 years ago landed through his own letter box.

Jim Green, 66, who lives in his parents’ former home in Braintree, Essex, was looking through his post when he found the postcard dated September 12, 1991.

He then took a closer look and realised he had sent the note to his parents when he was 39 years old to let them to let them know he had arrived safely on holiday. 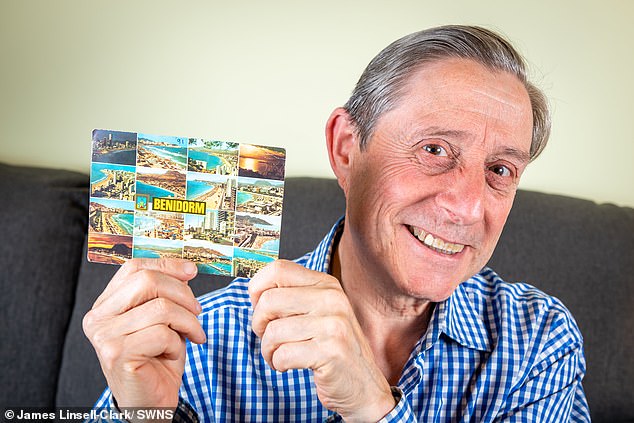 Jim Green, 66, was looking through his post when he found the postcard from September 1991

It read: ‘To Mum and Dad. Had a good flight over. Everything’s OK. Good hotel, weather etc. Weather has been very hot. Hope cats are OK. Must close now, love Jim.’

Jim lives at the family home with his decorator brother Christopher Green, 61, and Christopher’s partner Anna Dollimore, 59 who is a full-time carer for her mother.

The postcard arrived on Thursday morning last week, while Christopher was watching TV.

Jim said: ‘I picked up the letter and my first thought was: ‘Who is in Benidorm?’ Then I looked at the date and realised it was 28 years late. I was amazed.

‘Then I realised that I had written it to tell my parents I had arrived to Benidorm safely. When I was younger I used to go on holiday. 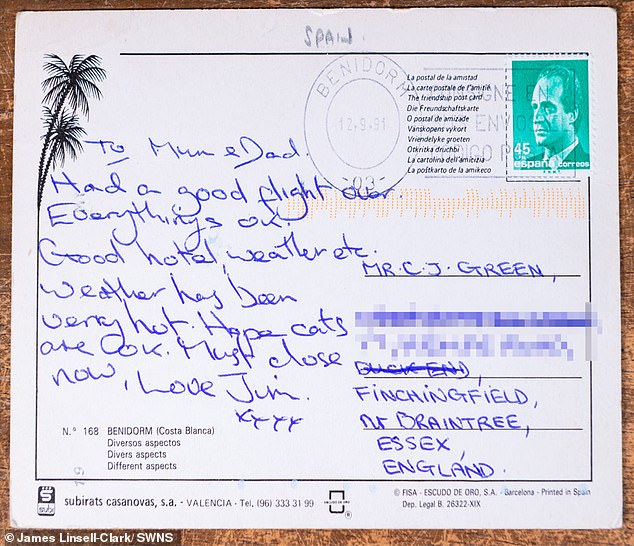 The postcard read: ‘To Mum and Dad. Had a good flight over. Everything’s OK. Good hotel, weather etc. Weather has been very hot. Hope cats are OK. Must close now, love Jim’

‘I remember I was single at the time and I went with my friend who was also single and a married couple.

‘I can’t really remember writing it but I know I would have sent it fairly early on in the holiday. With these kind of things, you always say it’s a great holiday.

‘But actually it wasn’t good at all. We were quite on a high floor in the hotel and we couldn’t get hot water – in fact we were struggling to get cold water.

‘We had to buy bottles of water just to wash. Eventually we got it sorted, I think we actually moved rooms. One day, we went down the road and we went into this bar. 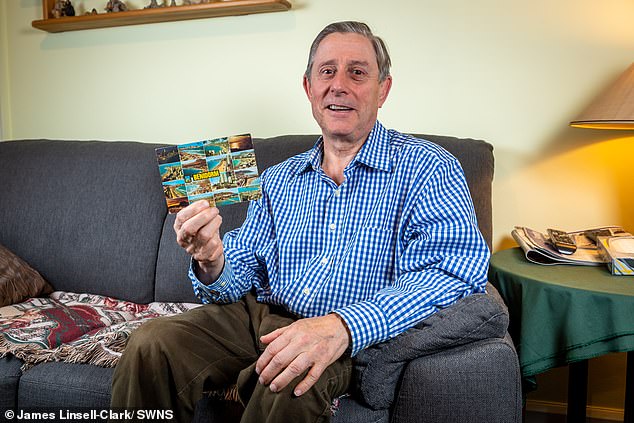 Mr Green now lives in his parents’ former home in Braintree, where the postcard was sent

‘We all fancied strawberries in cream but it wasn’t a good idea because we all had tummy bugs. My friend had it for quite a while!’

Jim’s mother, Winifred, died five years ago and his father, Christopher, died in 1997. The cats mentioned in the postcard, Blacky and Tabby, both died more than 20 years ago.

He said: ‘My dad would have just said: ‘Well that’s just the post for you!’ They never really went abroad on holiday.

‘They used to go to the seaside at Clacton or Maldon or go on coach trips. I think at the time there weren’t many people that went away for holidays. 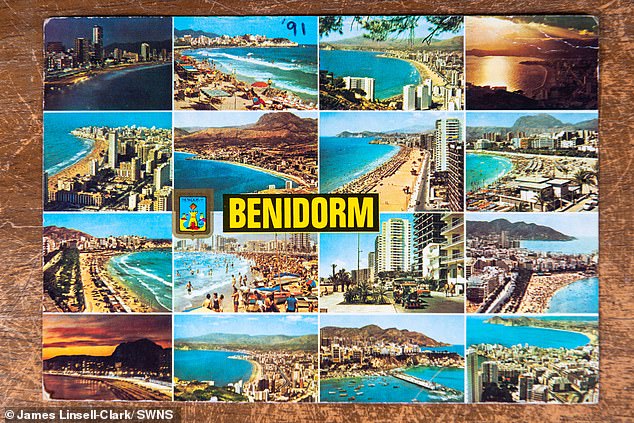 The postcard arrived on Thursday morning last week, while his brother was watching TV

‘I suppose it gave them an idea of what Benidorm looked like.’

Generations of Jim’s family have lived in the Essex neighbourhood of Finchingfield, going back as far as the mid-1800s.

Jim lived with his parents before taking over tenancy of the family house after his mother died.

Although the surprise delivery put on a smile on Jim’s face, he is still non the wiser as to why it appeared on his doormat so late. 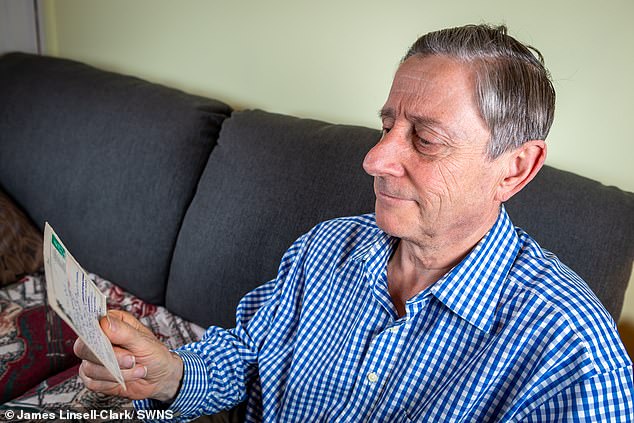 ‘I’m still trying to figure out why the delay was that long, I don’t think we’ll ever know what really happened. I think it would be pretty hard to trace it back.’

The postcard, which has pictures of sunny Benidorm on the front, now takes pride of place on his mantelpiece next to a Victorian clock owned by Jim’s grandfather.

A spokesman for Royal Mail said: ‘It is difficult to speculate what may have happened to this item of mail, but it is likely that it was put back into the postal system by someone recently, rather than it being lost or stuck somewhere.

‘Royal Mail regularly checks all its delivery offices and clears its processing machines daily. Once an item is in the postal system then it will be delivered to the address on the card.’

Southern Charm married father-of-four, J.D. Madison accused of 'drugging and forcibly raping woman'
Pilot and author of Cockpit Confidential, Patrick Smith, says there is an 'airport lounge crisis'
It's fright night! Thousands of partygoers take to the streets
Wolves vs Tottenham LIVE - Premier League 2018/19 score , team news and updates
Call in the swat team! Bee that smuggled itself to UK in family's suitcase is to be destroyed
British passengers are feared injured as bus flips onto its side leaving 33 wounded
Girl, 12, dies after waiting for an hour for an ambulance
Thandie Newton relaxes in a hotel bath as she eats avocado on toast