But Lala Kent has turned over a new leaf, and is now celebrating her first year of sobriety.

‘Today, I am 1 year sober,’ the reality star wrote on Instagram, sharing a flattering selfie.

‘This is the biggest accomplishment I’ve ever had in my life and the one I am most proud of. The moments I have had in the past year have been a blessing that I have been present for.’ 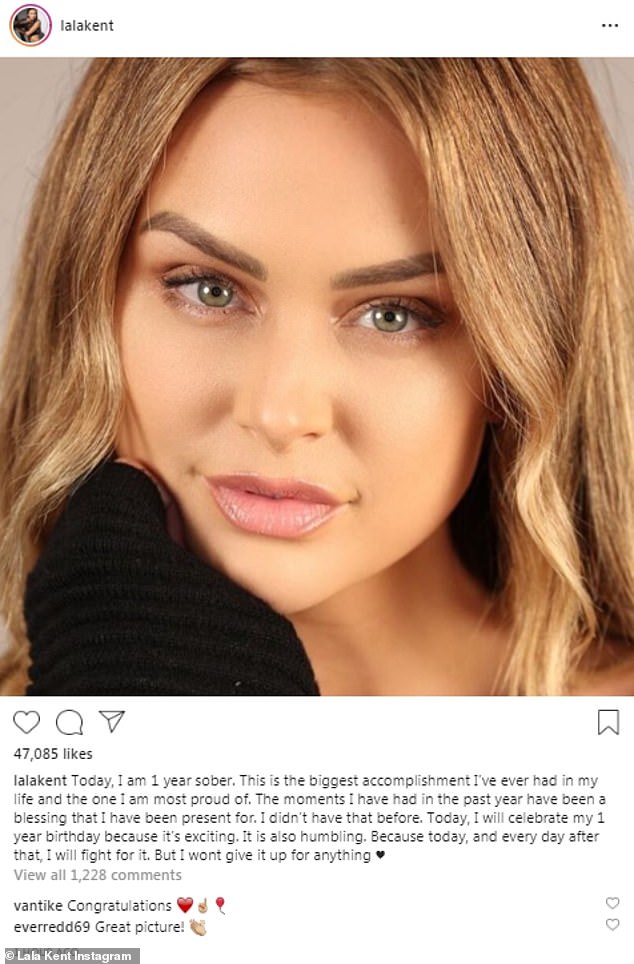 Proud: Vanderpump Rules’ Lala Kent celebrates one year of sobriety on Instagram on Tuesday and calls it the ‘biggest accomplishment’

Lala, 29, said the changes her sobriety had brought to her life were ‘humbling’.

‘I didn’t have that before. Today, I will celebrate my 1 year birthday because it’s exciting. It is also humbling. Because today, and every day after that, I will fight for it. But I wont give it up for anything.’

The SUR hostess previously  revealed she decided to quit drinking after she went to Walt Disney World and was drunk for four straight days.

Back in May during the Vanderpump Rules Season 7 reunion, Lala said her relationship with alcohol was abusive.

‘It’s like an unhealthy relationship, where you can’t live without that person, but then they abuse you,’ she said. 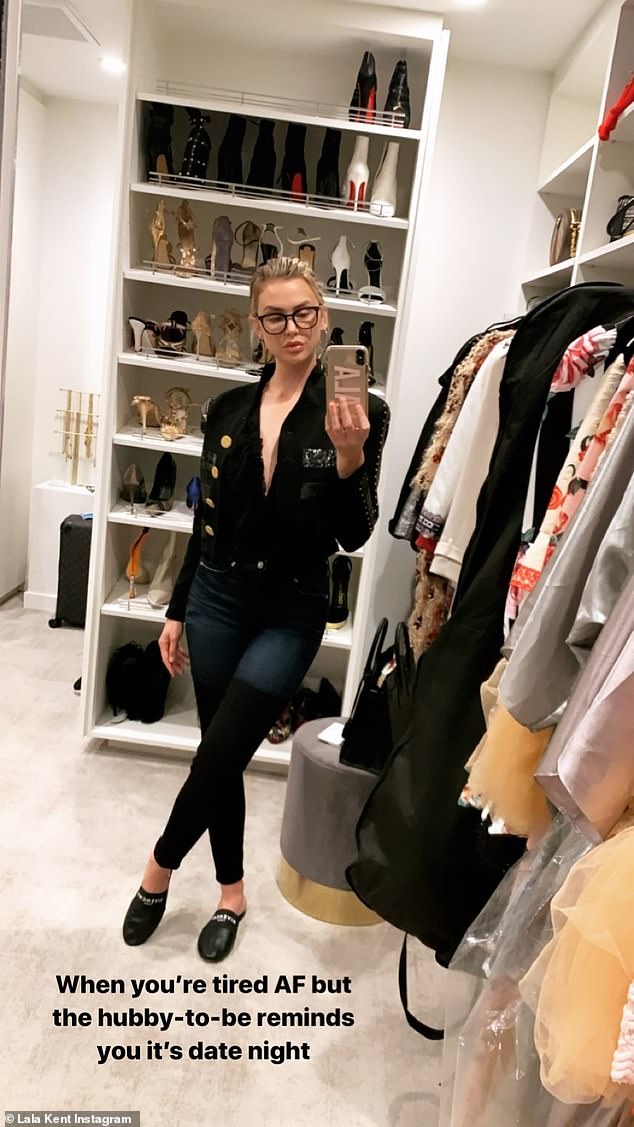 ‘Date night’: Lala went out with her fiance Randall Emmett on Monday night

‘I went with my family and [fiancé Randall Emmett’s] family to Disney World, and I was drunk four days straight, from morning until night.

‘I get on the plane—I’m face-chugging out of a bottle— and the next morning, I woke up and said, “I will never live this way again.” And I reached out and got help.’ 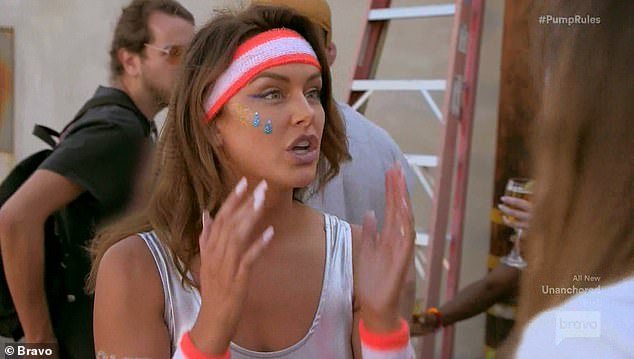 As she was: Her drunken antics provided reliably outrageous storylines for Vanderpump Rules