Rep. has put her official seal of approval on Democratic presidential candidate , appearing with him at a massive rally in Queens.

Ocasio-Cortez made official the endorsement of her ‘Squad’ of progressive House Democrats, praising Sanders at the rally on Saturday afternoon in Queensbridge Park.

‘It wasn’t until I heard of a man by the name of Bernie Sanders that I began to question and assert and recognize my inherent value as a human being that deserves, healthcare, housing, education and a living wage,’ Ocasio-Cortez told the roaring crowd, which the Sanders camp estimated at 25,872.

Basking in loud chants of ‘Bernie’s back,’ Sanders resumed campaigning weeks after being sidelined by a heart attack and told supporters he was ready to resume ‘the epic struggle’ for the White House. 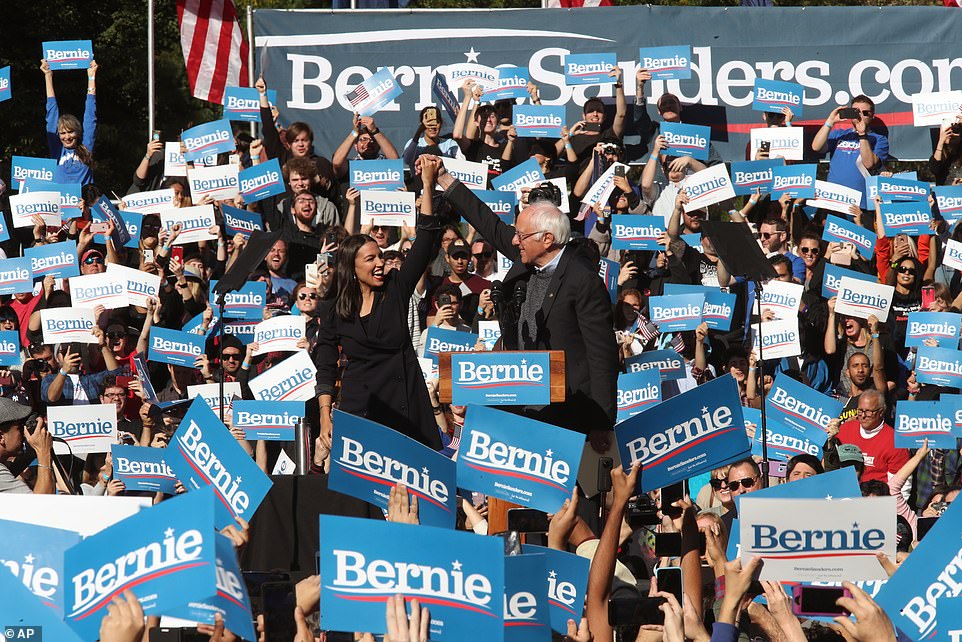 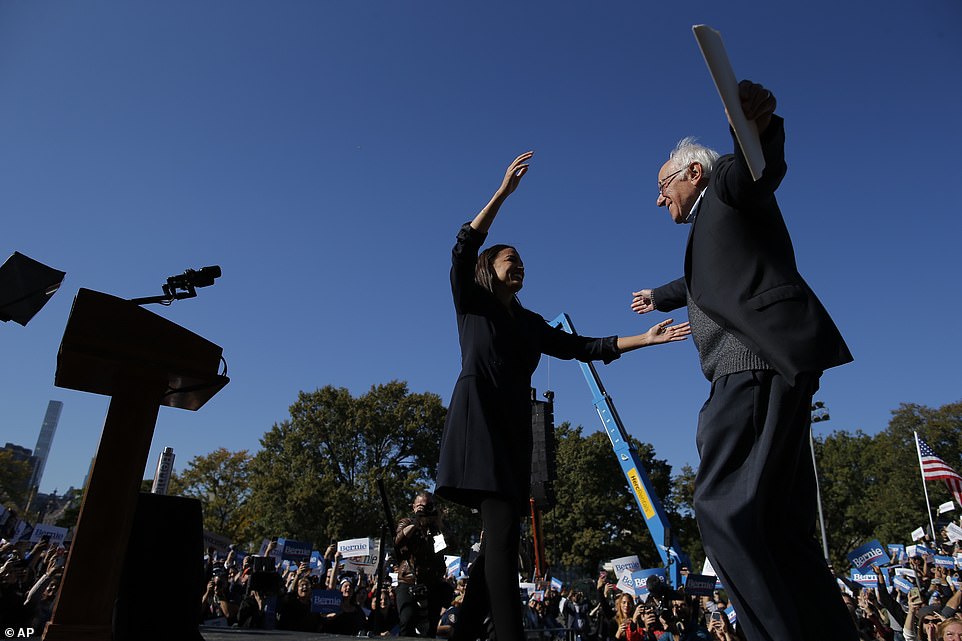 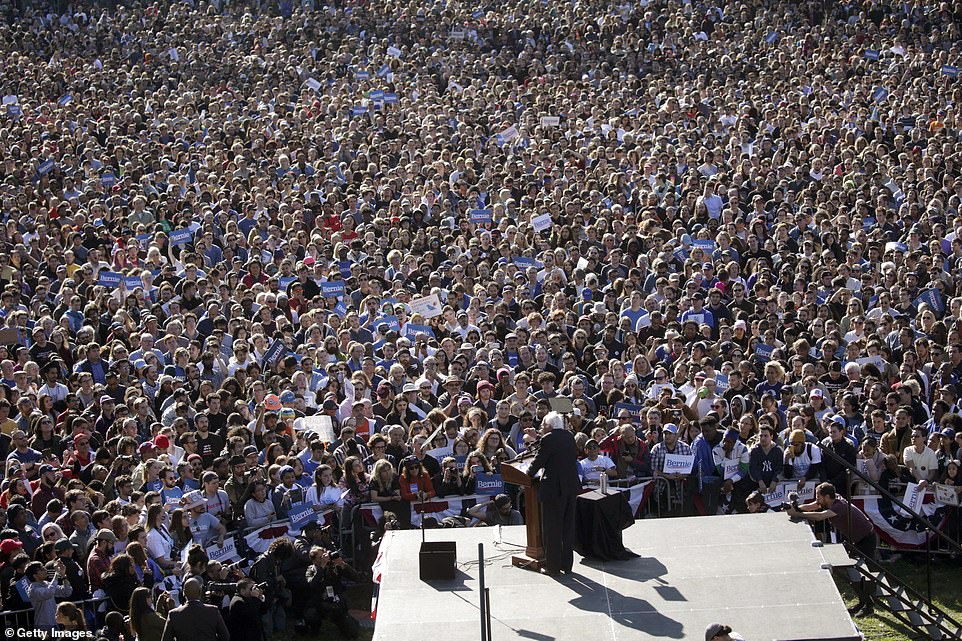 Sanders returned to the campaign trail to roars from the crowd, which his spokesman estimated at 25,872

Energized by thousands of backers gathered for a Queens rally, the 78-year-old Vermont senator said, ‘When I look at this huge crowd, brothers and sisters, I have no doubt that the political revolution is going to sweep this country, sweep Donald Trump out of office and bring the change that this country has long needed.’

He said he was ‘more ready than ever to carry on with you the epic struggle that we face today. I am more than ready to assume the office of president of the United States.’

To raucous applause, he declared: ‘I am back.’

It was the start of what he is calling a ‘vigorous’ return to campaigning as he tries to give his stagnant bid an instant shot of energy. 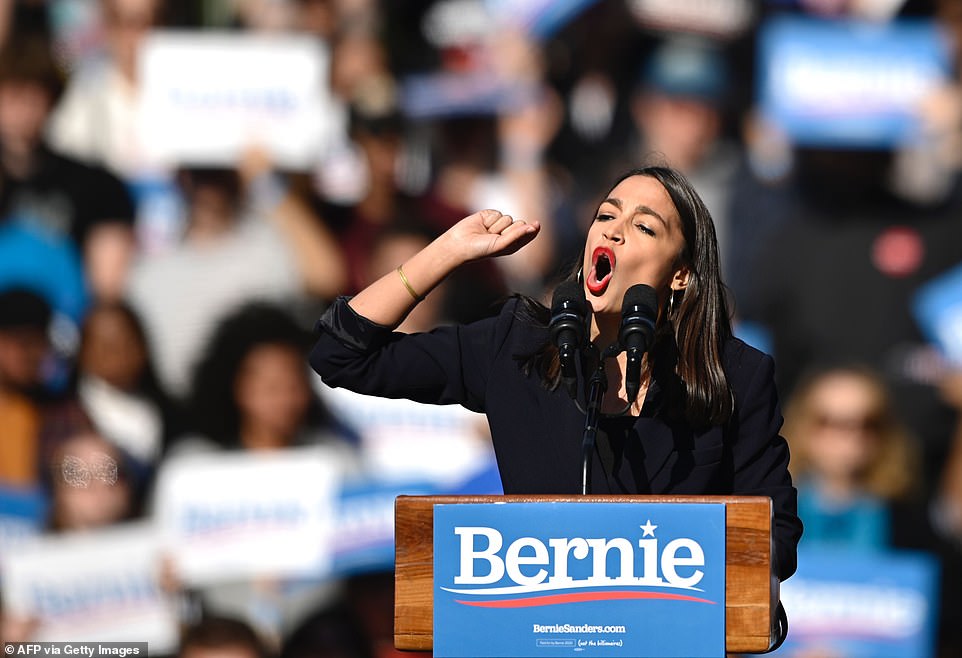 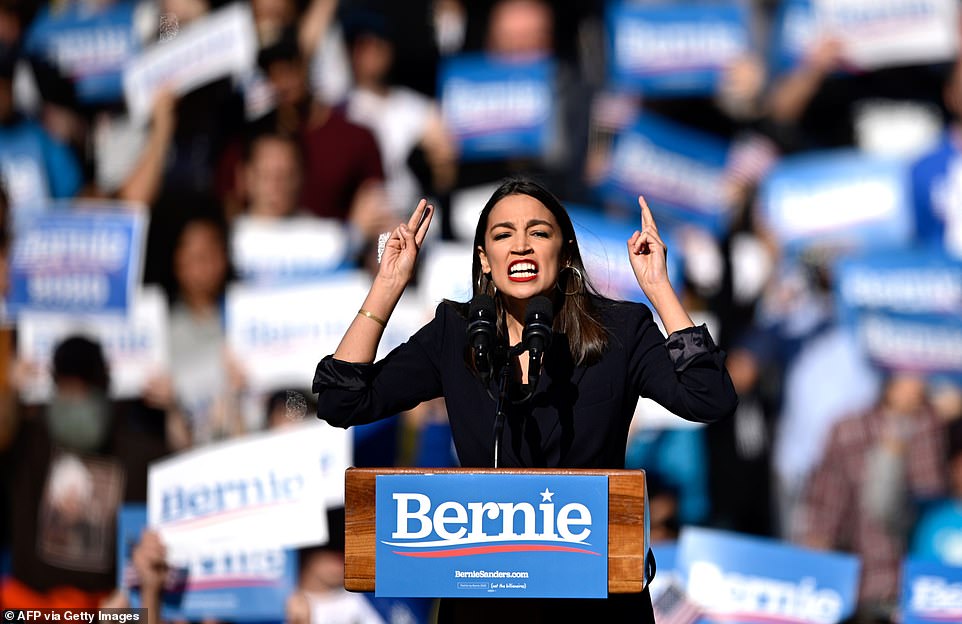 ‘It wasn’t until I heard of a man by the name of Bernie Sanders that I began to question and assert and recognize my inherent value as a human being,’ Ocasio-Cortez said of her fellow Democratic Socialist 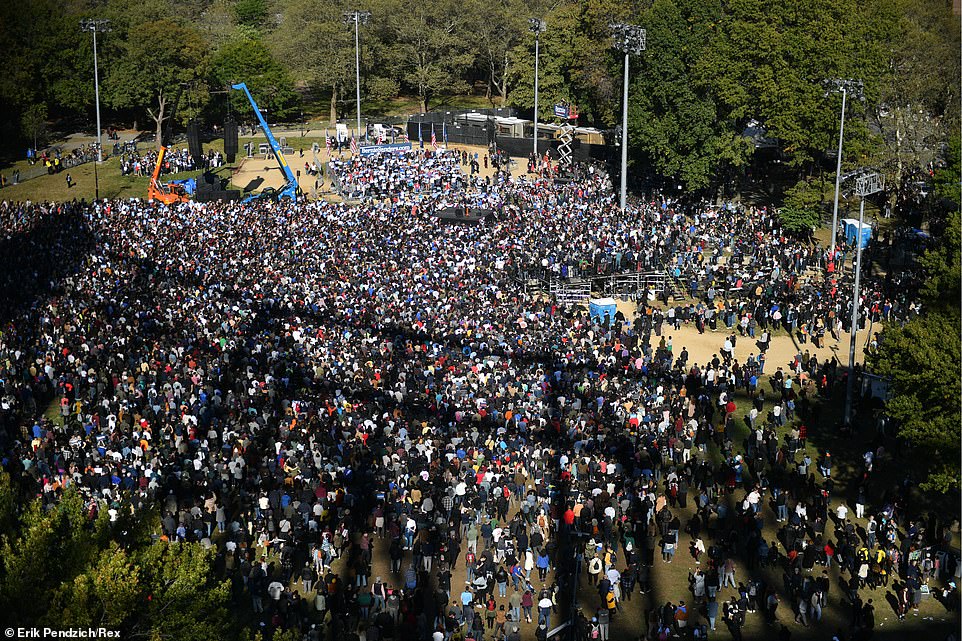 The massive crowd gathers in Queensbridge Park on Saturday for the rally, as seen from the Queensboro Bridge

Sanders had emergency heart surgery this month but insists that he’s more committed than ever to the 2020 race. With the first voting contests less than four months away, he has some work to do.

Beyond health concerns, Sanders suddenly finds himself looking up at progressive rival Elizabeth Warren and establishment favorite Joe Biden in the polls.

Now he must reassure voters that he has the physical stamina to go forward while addressing broader concerns that his policies may be too far left to defeat Trump in a general election. 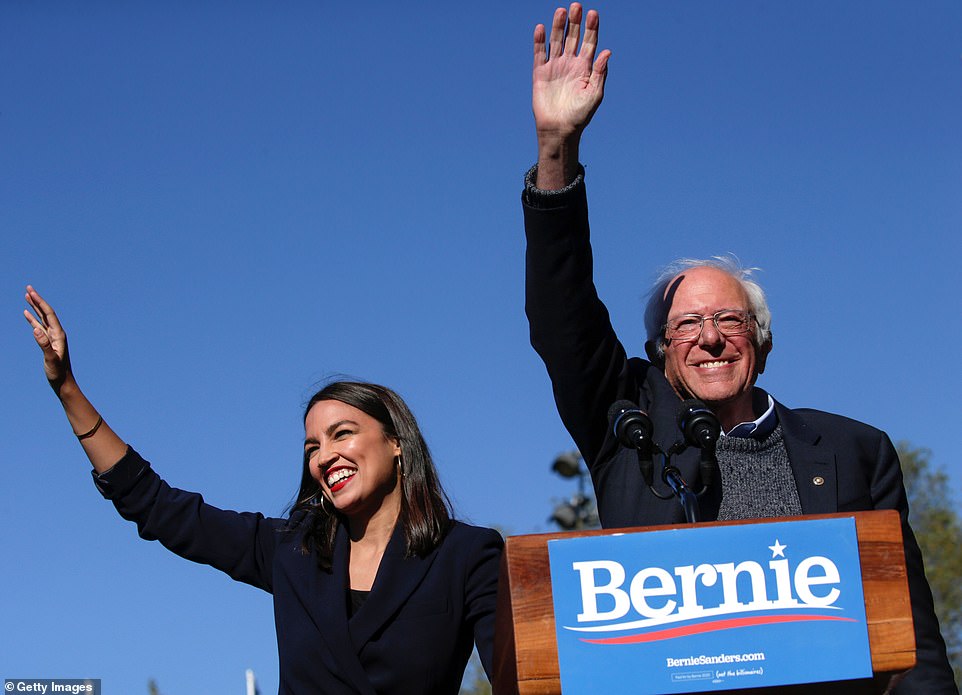 Democratic presidential candidate, Sen. Bernie Sanders waves with Rep. Alexandria Ocasio-Cortez as she endorses him during his speech at a campaign rally in Queensbridge Park 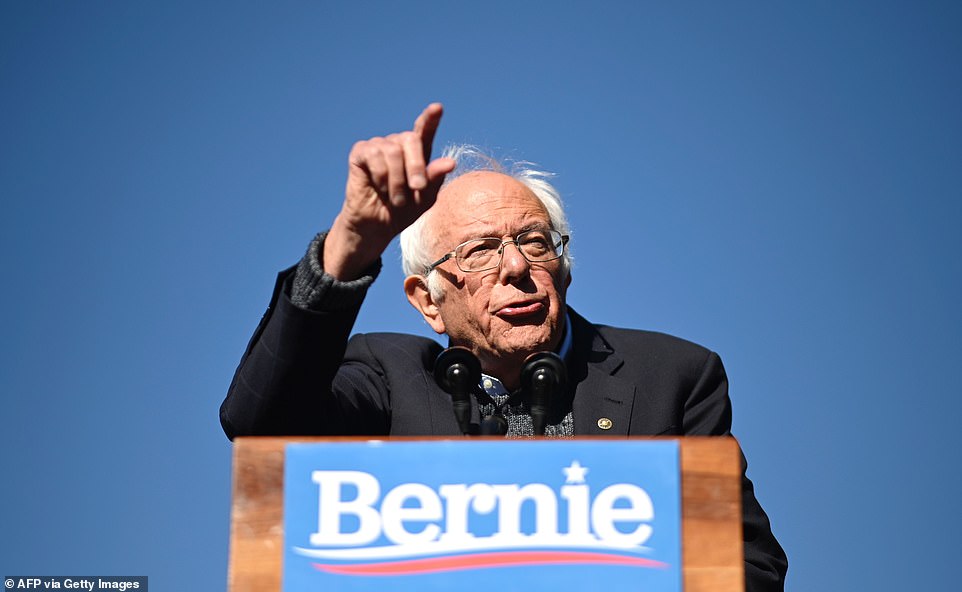 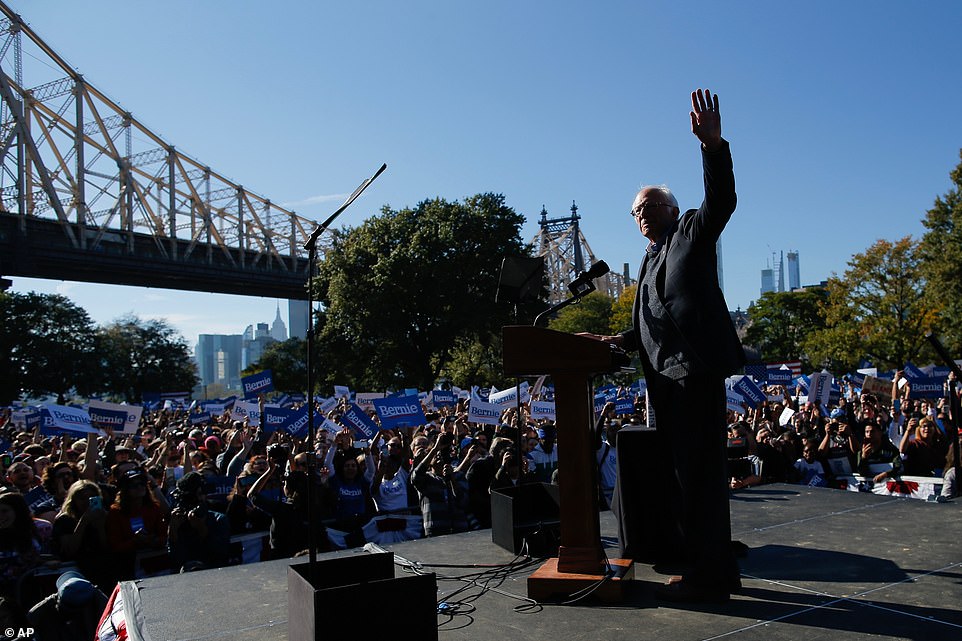 While Sanders pledged during this week’s presidential debate to move forward with a ‘vigorous’ campaign, he’s moving cautiously in the short term.

The rally in Queens was his only scheduled appearance before he returns to Iowa late next week. 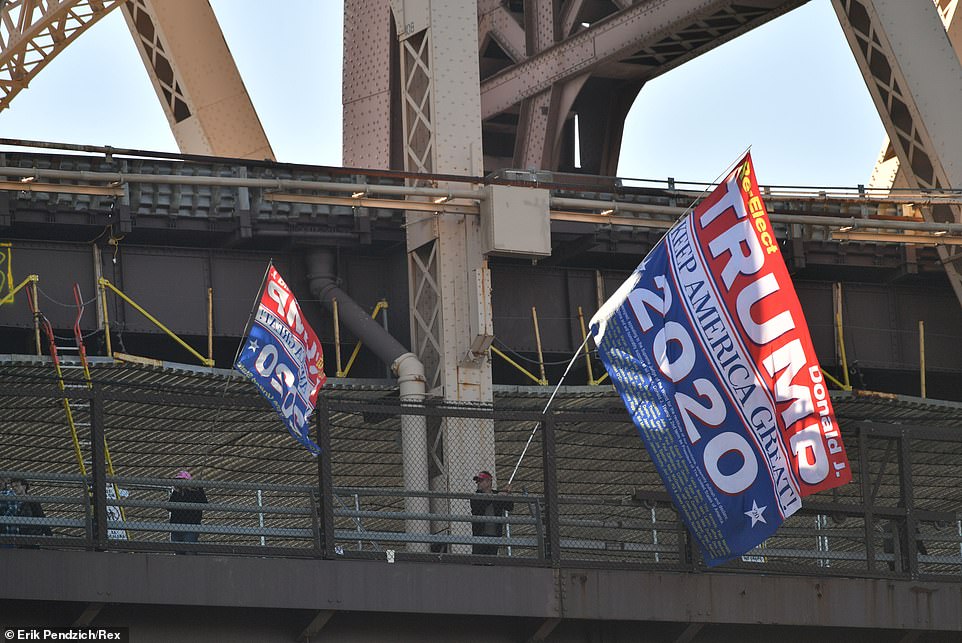 Yazidi ISIS intercourse slave is ready to marry the person who aided her restoration
Cohen is discussing potential 'GUILTY' plea following report of alleged fraud probe
Horrified 911 name of golfer who watched an alligator drag a instructor to her dying
Girl shot seven times at her middle school takes the field with the Indianapolis Colts cheerleaders
Melania dresses in military-style black for State of the Union
One in 12 patients are harmed by medical mistakes, study finds
Joel Schumacher boasts he's had sex with up to 20,000 partners but has 'never kissed and told'
Haul of drugs worth more than $1BILLION is found on a remote island after a yacht ran aground