Retired Navy Admiral and Navy Seal William McRaven, who oversaw the raid on Al-Quaeda leader Osama bin Ladin, delivered a stinging rebuke of President , saying that military leadership and service members are worried over the nation’s governance and decisions on the world stage.

McRaven, in the second time he has penned an opinion piece to express his disapproval of the president, recalled two recent events honoring military leaders and soldiers, where he sensed his fellow commanders and soldiers had their concerns too.

‘Beneath the outward sense of hope and duty that I witnessed at these two events, there was an underlying current of frustration, humiliation, anger and fear that echoed across the sidelines,’ wrote McRaven. 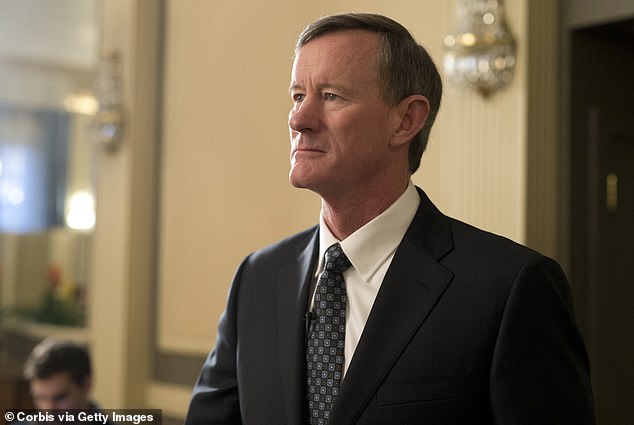 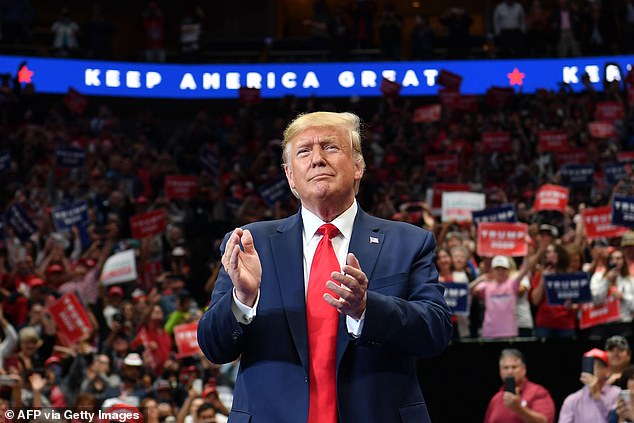 It was the second time McRaven penned an opinion piece to express disapproval of President Donald Trump (pictured above). This time, McRaven writes about recent events honoring military leaders and soldiers, where he said commanders and soldiers had their concerns too

McRaven penned the piece in the Thursday after attending a command ceremony for a ‘storied Army unit in which one general officer passed authority to another.’

‘The second event,’ he said, ‘was an annual gala for the Office of Strategic Services (OSS) Society that recognizes past and present members of the intelligence and Special Operations community for their heroism and sacrifice to the nation.

In the transition of power on the parade field at Fort Bragg, North Carolina, where ‘tens of thousands of soldiers have marched either preparing to go to war or returning from it, the two generals, highly decorated, impeccably dressed, cleareyed and strong of character, were humbled by the moment,’ wrote McRaven.

‘They believed in the American values for which they had been fighting for the past three decades. They had faith that these values were worth sacrificing everything for — including, if necessary, their lives.’

In that same week, while attending the OSS Society dinner, he recalled films and testimonials ‘to the valor of the men and women who had fought in Europe and the Pacific during World War II.

‘We also celebrated the 75th anniversary of D-Day, recognizing those brave Americans and allies who sacrificed so much to fight Nazism and fascism,’ McRaven added.

In summarizing the events, he said about those who were honored, that ‘the America that they believed in was under attack, not from without, but from within’. 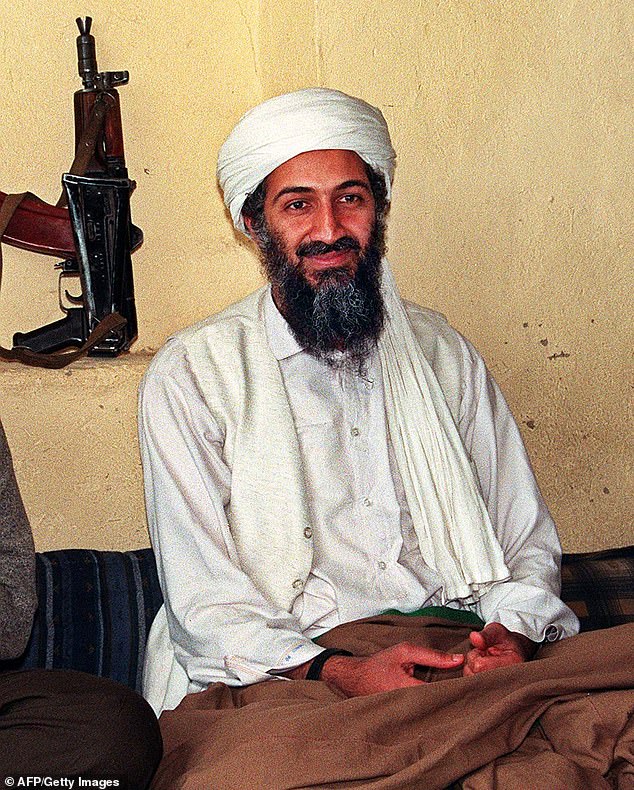 ‘These men and women, of all political persuasions, have seen the assaults on our institutions: on the intelligence and law enforcement community, the State Department and the press’, charged McRaven. ‘They have seen our leaders stand beside despots and strongmen, preferring their government narrative to our own.’

McRaven even quoted one retired four-star general, who ‘grabbed my arm, shook me and shouted, ‘I don’t like the Democrats, but Trump is destroying the Republic!”

He warned that it was easy for harm to come from those with no appreciation for an organization, and seemed to reference some of the president’s fiery rhetoric.

‘We are the most powerful nation in the world because our ideals of universal freedom and equality have been backed up by our belief that we were champions of justice, the protectors of the less fortunate,’ he added.

He delivered more warnings that hinted at recent foreign policy decisions made by the Trump administration, and referenced American values, ‘duty and honor, in helping ‘the weak and stand up against oppression and injustice.’

‘What will happen to the Kurds, the Iraqis, the Afghans, the Syrians, the Rohingyas, the South Sudanese and the millions of people under the boot of tyranny or left abandoned by their failing states?’ he asked.

He finishes his comments by questioning how allies could still trust the US. He even suggested why men and women would even want to join the military.

‘And if they don’t join, who will protect us? If we are not the champions of the good and the right, then who will follow us? And if no one follows us — where will the world end up?’ he asked.

McRaven accused Trump of seeing the nation’s ‘qualities’ as unimportant, or showing weakness.

‘He is wrong,’ wrote McRaven. ‘These are the virtues that have sustained this nation for the past 243 years. If we hope to continue to lead the world and inspire a new generation of young men and women to our cause, then we must embrace these values now more than ever.

‘The fate of our Republic depends upon it.’ 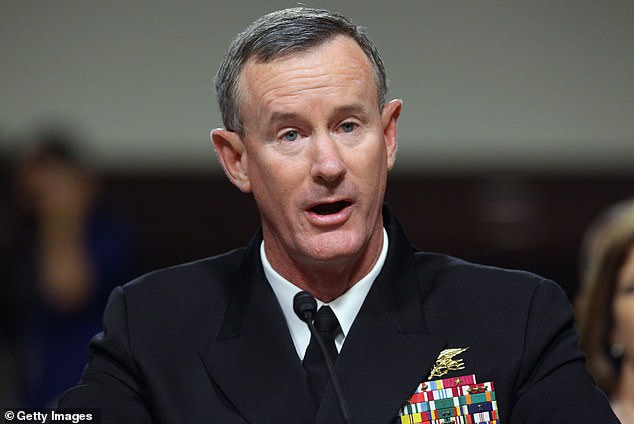 The criticism of Trump and his administration wasn’t McRaven’s first. In August 2018, McRaven (pictured above) disapproved of a decision revoking the security clearance of former CIA chief John Brennan in an open letter that ran in the Washington Post

In August 2018, he made his disapproval of a decision revoking the security clearance of former CIA chief John Brennan clear by demanding that  his be canceled as well.

McRaven, in an open letter published in The Washington Post, defended Brennan as ‘one of the finest public servants I have ever known’ and accused Trump of using ‘McCarthy-era tactics.’

‘Few Americans have done more to protect this country than John,’ McRaven wrote of Brennan. ‘He is a man of unparalleled integrity, whose honesty and character have never been in question, except by those who don’t know him.’

‘Therefore, I would consider it an honor if you would revoke my security clearance as well, so I can add my name to the list of men and women who have spoken up against your presidency.’

Not all military personnel shared his views, at least not to the degree McRaven suggests in his Times piece.

Robert O’Neill the Navy SEAL credited with firing three fatal bullets into bin Laden’s head during the 2011 raid on his hideout inside a Pakistani villa, tweeted after the Post published the letter that he wasn’t siding with McRaven.

‘I have nothing but respect and love for ADM McRaven. Yes I’ve seen this. We simply disagree,’ O’Niell wrote.

'Davos in the desert' website is hacked
Megyn Kelly's morning show will soon be canceled, NBC sources claim
Forgotten childhood memories are sabotaging your weight loss, says psychologist
Bournemouth account director, 30, admits she borrows from parents every month despite £40k salary
What does a 'perfect' day of eating look like? Nutritionist reveals
Uber lays off a THIRD of it's 1,200 global marketing department
Chrissy Teigen pleas with Dr. Pimple Popper to help her with one bump
Alabama woman faces life in prison for 'shooting dead her rapist while he tried to kill her brother'