Marlon Brando changed the way actors thought about their craft, but The Godfather star was never beloved because he was a rebel who thumbed his nose at Hollywood.

His real passion was for social justice, women and sex.

‘When I awake in the morning, the first thing I think about is, ‘Who am I going to f*ck today’? — even if there was a woman sleeping beside him’, writes author William J. Mann in , published by Harper.

Brando needed different girlfriends for different days of the week.

He slept with the wives of his friends, parked his car around the corner, scaled the fence and snuck in the back way – believing married women were even more exciting to pursue.

He’d say he’d be faithful but he never could stop his tom-catting. But Brando didn’t restrict himself to women.

And he wasn’t a guilt-ridden homosexual but utterly at ease with sleeping either sex. 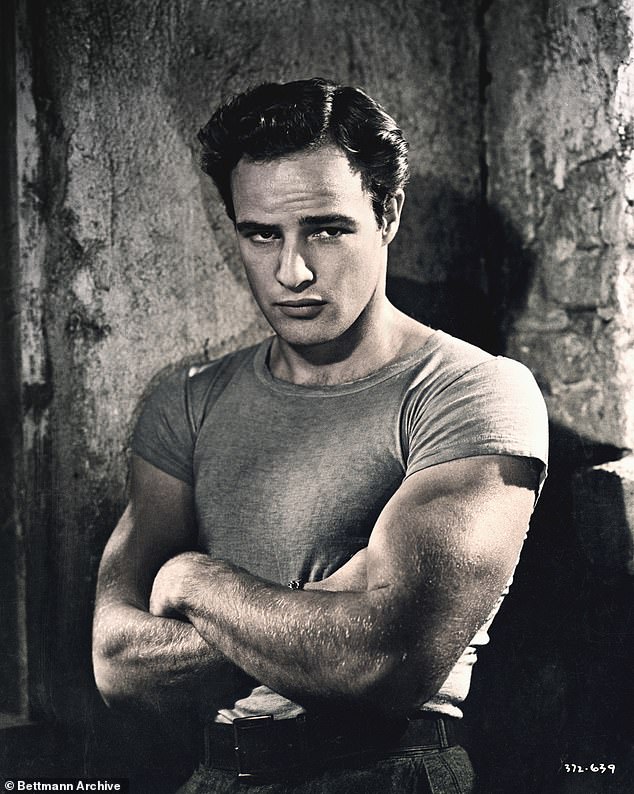 Girls and boys, straight and gay were besotted with Brando who exuded raw sexuality from an early age writes William J. Mann in The Contender, The Story of Marlon Brando 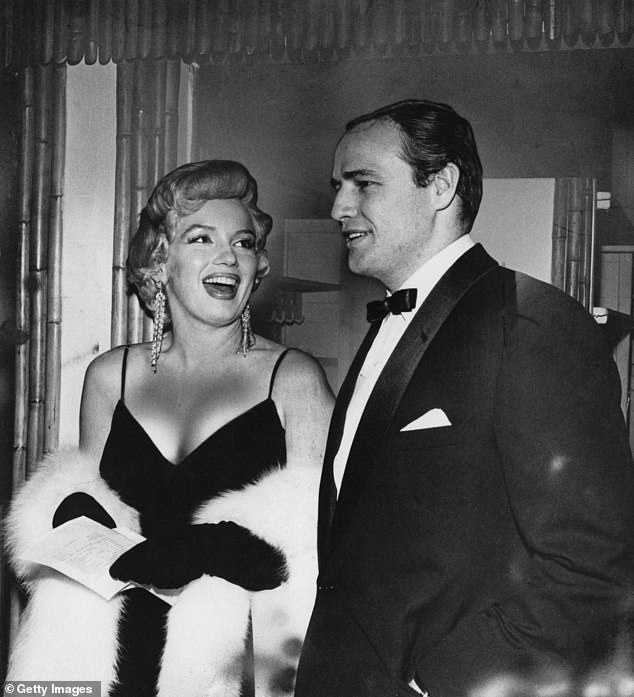 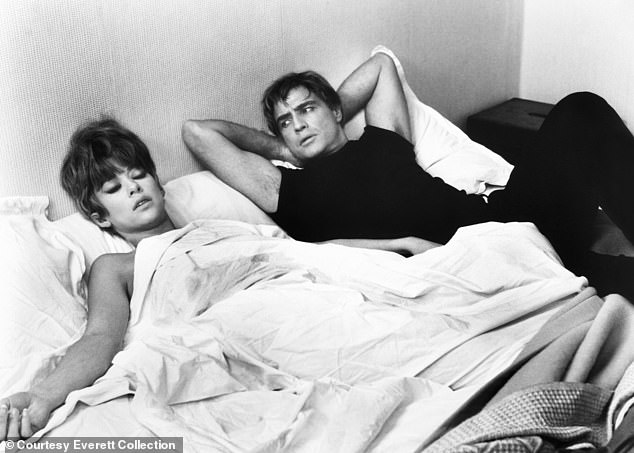 ‘To say that he was a great lover’, said actress Rita Moreno, ‘sensual, generous, delightfully inventive’ would be gravely understating what he did’ 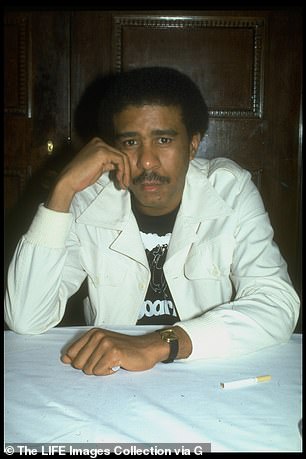 After his death, lovers came out of the woodwork: Richard Pryor’s widow claimed the comedian had an affair with the actor as did record producer Quincy Jones

Girls and boys, straight and gay were besotted with Bud who exuded raw sexuality from an early age.

While at Shattuck Military academy, Bud slept with another young man on campus.

‘The relationship was nothing extraordinary; sexual play between cadets at military schools was not uncommon’, writes Mann.

Living was sex with whom and when you wanted – girls, gay men and he preferred inconsequential sex and took advantage of it.

Occasionally escaping the city for Provincetown, an artist colony out on the tip of Cape Cod where ‘gender and sex were rather fluid’, Marlon slept with men.

Back in New York, he was juggling three girlfriends: the tall willowy Ellen Adler, Celia, a window dresser who seemed like a mother substitute, and Blossom Plumb, a gorgeous petite blonde in Brando’s acting class.

But even the merry-go-round got to him when he would walk through Grand Central Station and women would open their blouses and show him their breasts.

The petite, dark-eyed actress Rita Moreno met Brando on the 20th Century Fox lot when her star was on the rise and she was mesmerized by his perfume and found him ‘swaggeringly irresistible’.

She was his type – dark, vibrant, earthy, sensual and they quickly became lovers.

‘To say that he was a great lover’, Moreno revealed, ‘sensual, generous, delightfully inventive – would be gravely understating what he did not only to my body but for my soul’.

He awakened her political conscience but initially kept their relationship clandestine while he had a blistering affair with Josanne Mariani, a pretty 19- year old French girl and asked her to marry him which he had no intention of doing.

According to several sources Brando and Marilyn had a romance in 1955 following her divorce from Joe DiMaggio and before her marriage to Arthur Miller in December of that year,

‘Monroe was hardly Marlon’s type but she had an earthy sense of humor that he would have liked’, writes Mann.

Knowing that he could seduce any woman he wanted, he did.

‘I had a lot of affairs. Far too many to describe me as a perfectly normal, reasonable, intelligent person’, Brando is quoted.

Jill Banner, an actress who met Brando when she had a bit part in the film, Candy, began a relationship with the actor, but their love affair suffered from Brando’s multiple flings and her feeling that he was manipulative and selfish. There were rumors that she was also sleeping with his son, Christian. 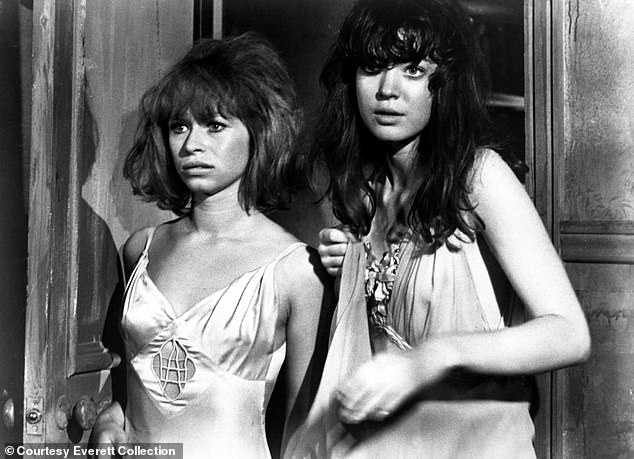 Jill Banner (right, in film Spider Baby) met Brando when she had a bit part in the film, Candy, began a relationship with the actor, but their love affair suffered from Brando’s multiple flings and her feeling that he was manipulative and selfish.

When he thought he would reconnect with her, she was killed in an auto accident.

He later acknowledged that she was the only woman he really ever loved.

After his death, lovers came out of the woodwork: Richard Pryor’s widow claimed the comedian had an affair with the actor as did record producer Quincy Jones who was quoted as saying ‘He’d f**k a mailbox.’ 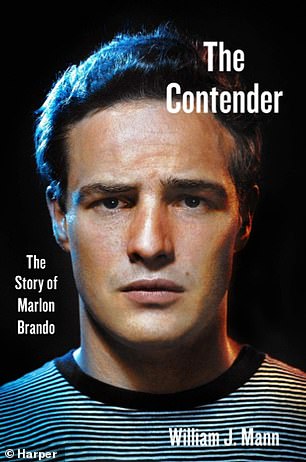 Marlon Brando changed the way actors thought about their craft, but The Godfather star was never beloved because he was a rebel who thumbed his nose at Hollywood

‘It was the 70s! Drugs were still good, especially quaaludes. If you did enough cocaine, you’d f*ck a radiator and send it flowers in the morning’, Pryor’s widow, Jennifer Lee told TMZ.

He could never tell a woman he loved her – all thanks to his father who gave him no love and was ‘a card-carrying pr*ck’, a silent, brooding, angry man,’ Mann writes.

Brando never really escaped that trauma created by his father who beat him and his mother.

He was never exorcised from the post-traumatic stress that followed – despite years of psychotherapy.

Marlon Brando Sr. ‘was the golem that stomped across the geography of my psyche’, Mann quotes Brando.

Bud, as Marlon was called, was born in Omaha in spring of 1924, but the family – along with his three older sisters –moved to Evanston, Illinois when he was six so that Marlon Sr., a traveling salesman, could be closer to company headquarters.

But it had been in the wheat fields and open landscape of Omaha that Bud grew close to his mother, Dodie Pennebaker Brando, who had the soul of an artist.

She sculpted, wrote poetry, acted and was ‘just someone who saw the beauty in life’.

She taught him to love nature, the frogs and tadpoles in the creek, the sunsets, ‘the magic of the universe’.

Dodie’s disintegration was the sole reason Bud Brando would later turn to women for solace.

But with his father’s miserliness, boozing and anger, that rage came to define their lives and they lived in fear.

Bud called his father a ‘whore f**ker’ because he paid $5 to a bellboy for a pint of whiskey and hooker while on the road.

Brando Sr.’s tirades screamed ‘blame, shame and punishment that had no relationship to the crime’, writes Mann.

Dodie tried to defend her son from these tirades but it was futile and affection was nonexistent from Marlon Sr.

Dodie took to the bottle and swallowed some pills in a suicide attempt but she recovered and soon left the tortured home.

Bud never forgave his father for the torment.

The intolerable home life made Bud ‘an exploding firecracker. 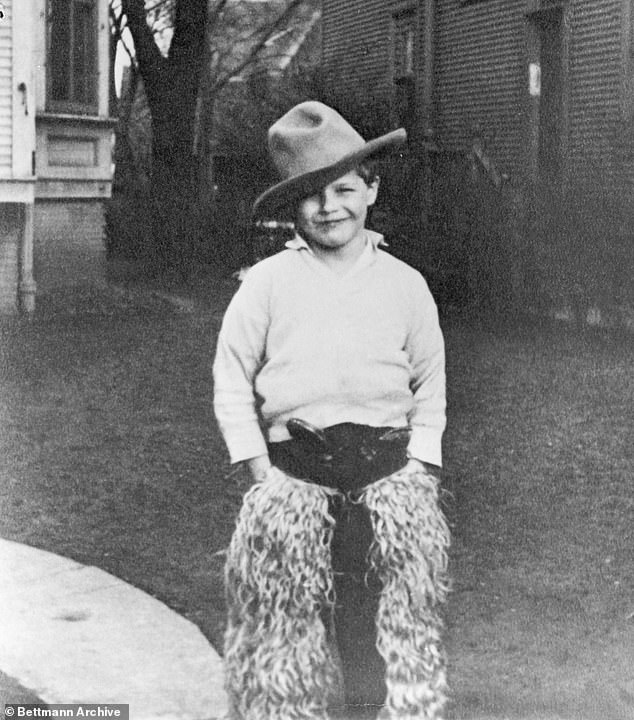 Bud, as Marlon was called, was born in Omaha in spring of 1924, but the family – along with his three older sisters –moved to Evanston, Illinois when he was six so that Marlon Sr., a traveling salesman, could be closer to company headquarters 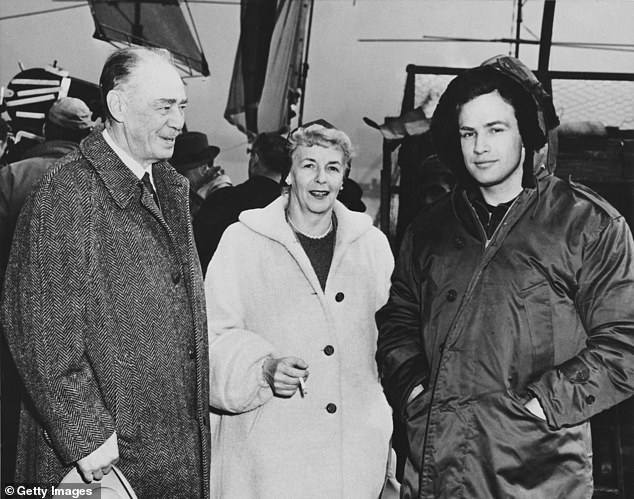 Brando with his father, Marlon Brando, Sr. and mother Dorothy. Brando never really escaped that trauma created by his father who beat him and his mother

‘He carried a knife and slashed tires. He shot his BB gun through the screens of his house hitting a man in the neck’, writes Mann.

Dodie came back to the fold but she hadn’t quit her drinking.

Marlon Sr. brought her home one night drunk, carried her upstairs and began beating her.

Bud heard the punches, raced upstairs and promised to kill his father if he hit her again.

So he was sent off to Shattuck Military Academy in Minnesota – ‘to straighten out’.

There he was introduced to drama classes and encouragement from the head of the English Department, Duke Wagner, who championed cadet Bud Brando.

Something mysterious happened in their relationship that has never been revealed and they never spoke again.

Duke would later be expelled for having relationships with cadets.

Bud had his own sexual flings with men on campus, cadets and made no judgments about anyone else’s sexuality.

‘He was a man utterly at ease with his fluid sexuality, someone who blithely disregarded the binaries of love and gender’, writes Mann.

Bud was expelled but the best was yet to come.

He finally escaped the Midwest and headed for New York City and drama classes at the New School – at the suggestion of a sister.

With luck, he was in Stella Adler’s class in her dramatic Workshop.

One of the founding members of the Group Theatre in New York, Stella created the Group and was committed to a modern, naturalistic American theatre that saw a connection to their goals and the traditions of the Yiddish theatre.

She believed ‘Your life is one-millionth of what you know. Your talent is your imagination’.

Bud identified with this.

Recognizing Bud’s talent, Stella became the nurturing and supportive mother that Dodie couldn’t be and the Adlers made him an honorary Jew.

He leaned Yiddish, read the classics — ‘he found his tribe’.

‘I was never educated until I was exposed to Jews. I was introduced to a sense of culture’, Brando is quoted.

He also developed a relationship with Stella’s daughter, Ellen, who became one of his great loves.

But Ellen understood that no woman would be first in Brando’s heart. There would be no proposal.

‘There was a lot of f**king going on and I was in the thick of it’, Brando remembered about that time.

Now calling himself Marlon, he acted to survive but sex made him happy and that’s all that mattered to him as he compulsively pursued sex.

‘He’d make his women indulge him in ways that his mother never did and then punish them for doing so by rejecting them’, writes the author.

It was a pattern that almost destroyed him and damaged the women.

He chased girls, slept with gay men. He spent weekends with Ellen but during the week, led a wild life.

He began an affair with a window dresser, Celia, who became pregnant but agreed to an abortion. 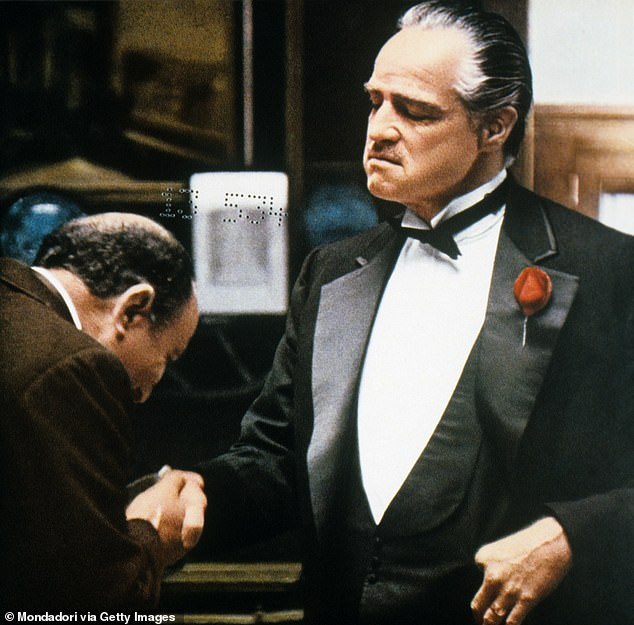 Italian actor Salvatore Corsitto kissing the hand of Brando in The Godfather, regarded as  one of the greatest and most influential films ever made and perhaps the actor’s best performance

‘I was killing myself and nearly killing everybody around me’, Brando said.

He ran into Wally Cox, his childhood friend, in the Village who confessed that he was turned on by sadomasochism but never tried it.

Marlon encouraged him to set up a trapeze in front of a mirror and have girls whip him so he could watch himself.

Being sexually happy was all that matter to Brando.

Years of psychotherapy helped him focus on ‘the dark paralyzing memories of childhood and he was diagnosed as ‘psychoneurotic’ with ‘a chronic anxiety that stopped short of delusions or hallucinations’.

The condition created panic attacks, depression and paranoia – despite the merry-go-round of sex he was on.

The post-traumatic stress of his youth left him in hell and consumed by a fear that he was being destroyed by his fame.

He just wished to be a ‘normal person’ so he fled from the press and hid from the public.

He only made movies because of a promise to his dying mother that he would. It was her dream to be an actress.

While he had women he truly loved, he considered marriage to be ‘bourgeois’.

‘It was only in the arms of strong, passionate women that Marlon ever found refuge from his childhood trauma’, writes Mann.

In his later years, he realized he had to forgive his father if he was going to get on with his life.

But he believed there was a curse on him, the baby of the family.

The ‘sins of the father’ had come back to haunt him and his many children who didn’t live with him.

He just had to learn how to love them.