They will soon have a wedding anniversary to celebrate, should all go to plan.

But for now Sarah Hyland and Wells Adams are busy celebrating their two year anniversary.

The Modern Family star wrote in a gushing Instagram post: ‘If two years feels like a lifetime then I can’t wait to spend my eternity with you.’ 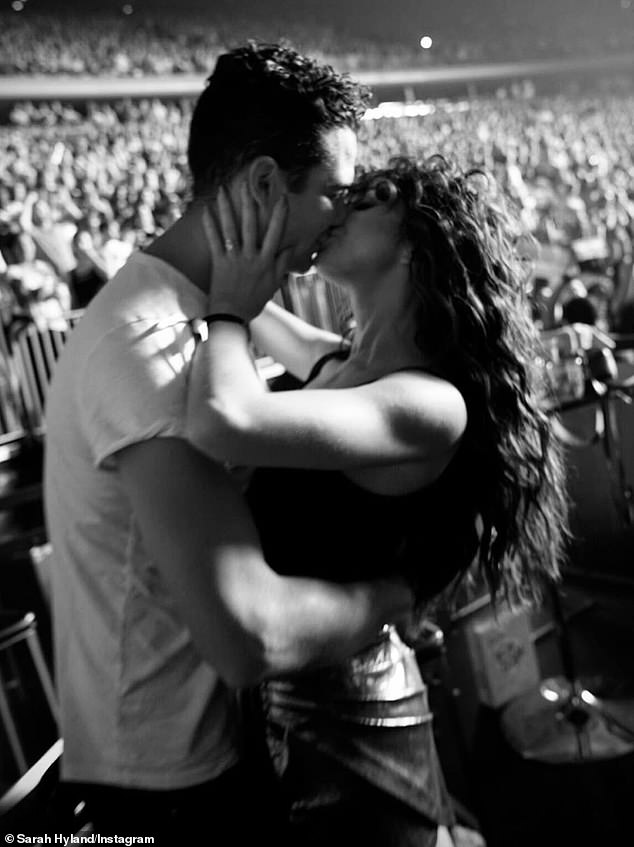 Accompanying two photos of the couple kissing at a concert, she shared with fans that she asked Wells to define the relationship.

‘Two years ago I asked when you were going to ask me to be your girlfriend,’ she wrote. ‘This summer you asked me to be your wife.’

Sarah, 28, went on to compliment her love, saying ‘You’re the calm to my storm. The sun to my moon. The Chandler to my Monica. 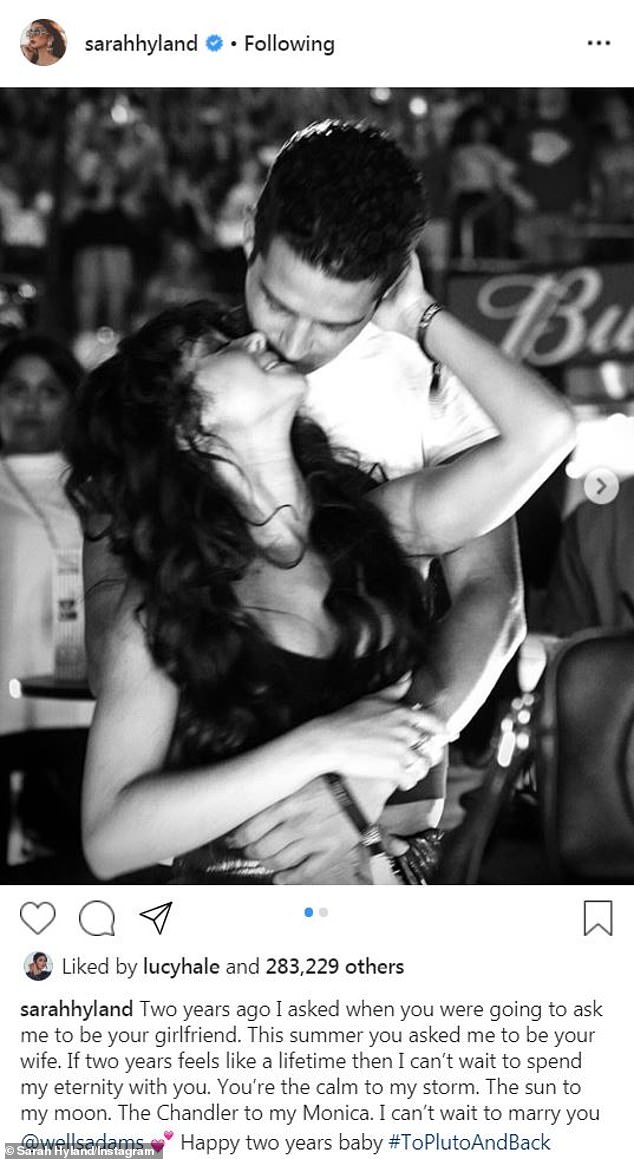 I asked: Accompanying two photos of the couple kissing at a concert, she shared with fans that she asked Wells to define the relationship. ‘Two years ago I asked when you were going to ask me to be your girlfriend,’ she wrote. ‘This summer you asked me to be your wife’

In the first photo the 35-year-old stands behind the actress with his arms wrapped around her, as she leans back to kiss him.

The second shows them both embracing in a kiss with a large crowd behind them.

And the former reality TV show contestant didn’t hold back either as he wrote about when he knew she was the one. 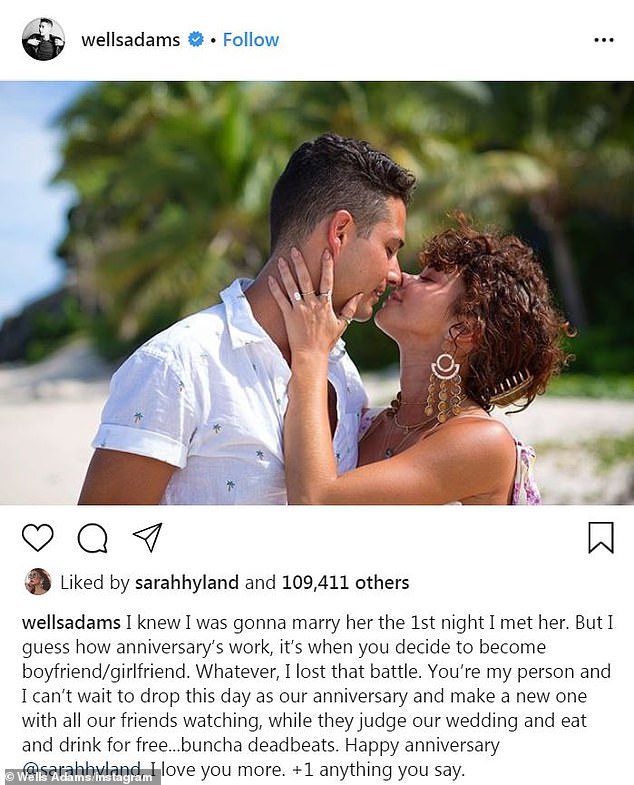 Love at first sight: While Wells said he always knew He explained: ‘I knew I was gonna marry her the 1st night I met her’

He explained: ‘I knew I was gonna marry her the 1st night I met her.

‘But I guess how anniversary’s work, it’s when you decide to become boyfriend/girlfriend. Whatever, I lost that battle.’

Wells continued: ‘You’re my person and I can’t wait to drop this day as our anniversary and make a new one with all our friends watching, while they judge our wedding and eat and drink for free… buncha deadbeats.’ 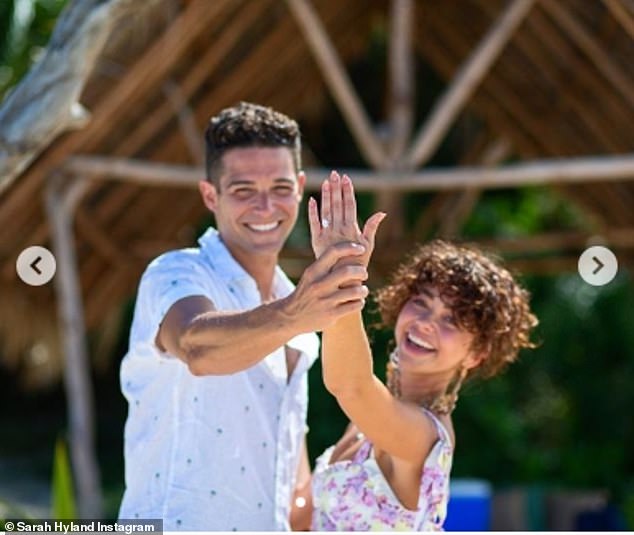 Waiting to wed: The couple got engaged back in May of this year and Sarah revealed she picked out the ring ahead of the proposal

‘Happy anniversary @sarahhyland, I love you more. +1 anything you say.’

The caption was alongside a photo of their lips almost touching, from their island engagement earlier this year.

Last month the Wedding Year actress admitted she wasn’t exactly surprised when fiance popped the question, since she had already picked out the ring.

While on the Ellen show during guest host Dax Shepard’s stint, when complimented about her ring she said ‘Thanks, I told him what to get,’ as the crowd started cheering for the Modern Family star.

Shepard then asked how their love story ‘took root,’ with Hyland explaining that, ‘I saw him on The Bachelorette.’

TOWIE's Gemma Collins reveals Brian McFadden was 'the one who got away'
Rocketman FIRST LOOK: Teaser trailer sees Taron Egerton transform into Elton John in biopic
Christine Lampard looks stylish as she steps out with baby Patricia
MAFS bride Cyrell Paule unleashes on Martha Kalifatidis amid their feud
Arizona Muse frolics on the waters of Capri in frilled bikini while she enjoys time in the sun
Eat your heart out, Casanova! Julio Iglesias hits headlines we look at other legendary ladies' men
Priyanka Chopra holds hands with husband Nick Jonas as she shows her support for his band
Louise Redknapp cuts a chic figure in black trouser suit as she leaves It Takes Two