A house built on land where notorious serial killer John Wayne Gacy murdered 33 young men in Illinois is on the market for $459,000.

The three-bed property, located east of O’Hare Airport, was built after Gacy’s brick ranch was torn down in 1979 as investigators searched for bodies.

Before it was bulldozed, the ‘killer clown’ murdered 33 young men between 1972 and 1978 and buried 29 of their corpses underneath his house. 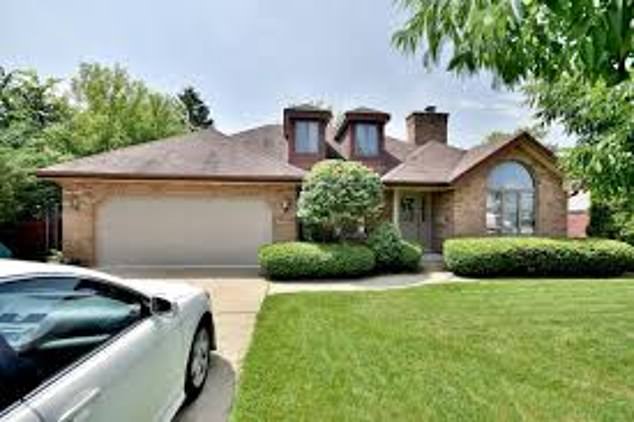 A house built on land where John Wayne Gacy murdered 33 young men in Illinois is on the market for $459,000. He is pictured following his arrest in December, 1978 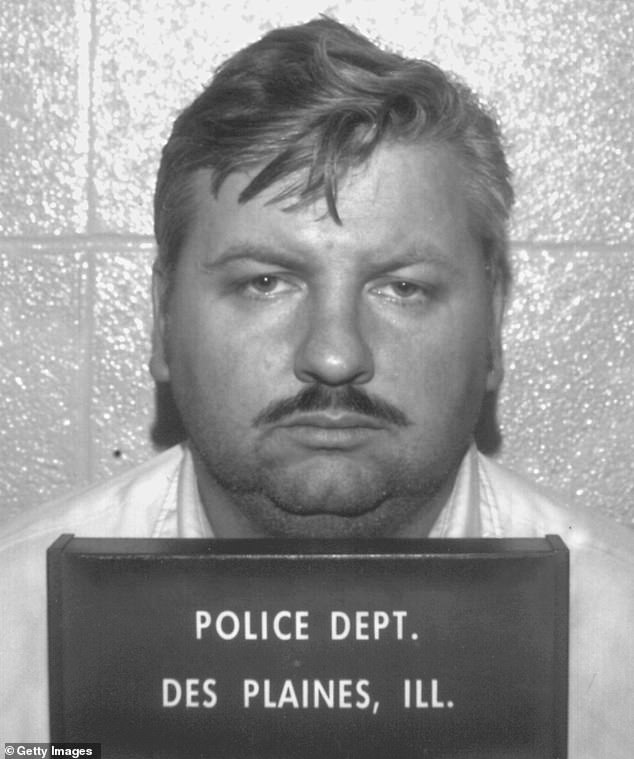 In 1979, John Wayne Gacy, (pictured), was arrested in Cook County, Illinois for a series of murders in the area of Des Moines, Illinois. He was convicted of murdering 33 young men ranging in age from 14 to 21

A Chicago woman later bought the land in 1986 for $30,544 and built a home on it for her retired parents, who did know about the site’s violent history.

It is described as a ‘beautiful brick home’ with three bedrooms, two bathrooms and it has an updated kitchen overlooking a large backyard.

Investigators began to find bodies buried in his crawlspace hours after Gacy’s arrest in December of 1978. He dumped four others from bridges once his property could hold no more bodies.

Working as a remodeling contractor in suburban Norwood, Gacy began building a reputation as an organizer of parties and parades as ‘Pogo the clown.’

He would lure young men to his home by impersonating a police officer or promising them construction work. 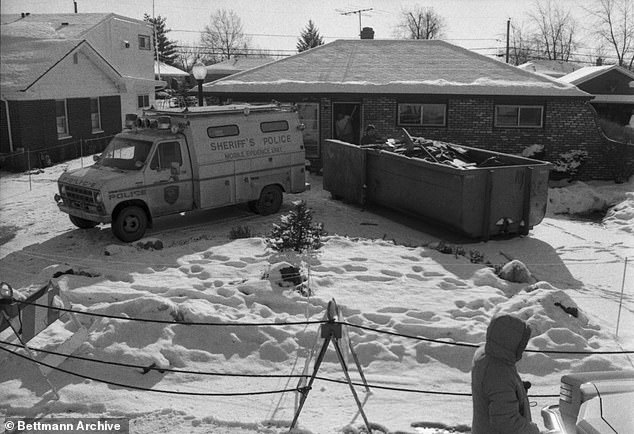 Before the original house, (pictured), was bulldozed, the ‘killer clown’ murdered 33 young men between 1972 and 1978 and buried 29 of their corpses there 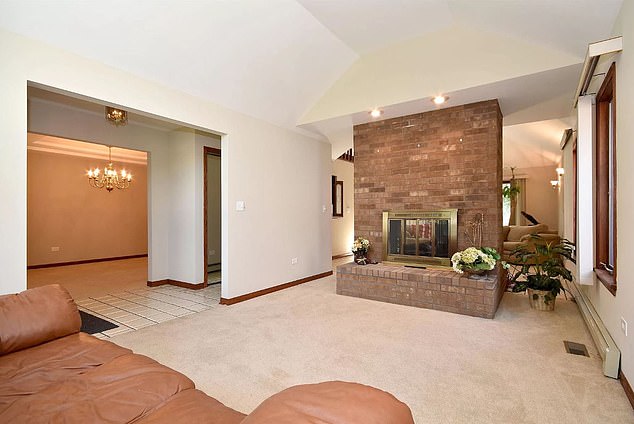 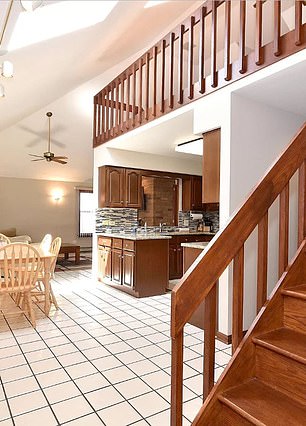 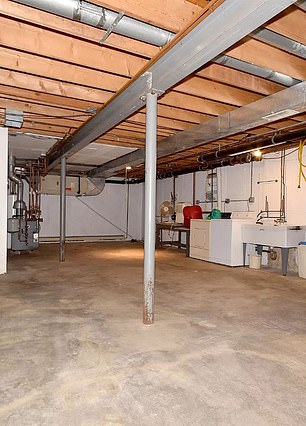 It is described as a ‘beautiful brick home’ with three bedrooms, two bathrooms and it has an updated kitchen overlooking a large backyard

He often found some of the young men hitchhiking or at bus stops.

Many had troubled families or substance abuse problems. Others had worked construction for Gacy, a building contractor who sometimes lured victims by hiring them or pretending to be a police officer.

Once his victims were were safely restrained, usually in a pair of handcuffs as he demonstrated a ‘trick’ he learned as a clown, Gacy’s smile disappeared and he became a cold, growling predator who sexually assaulted his victims before strangling many of them with a knotted rope. 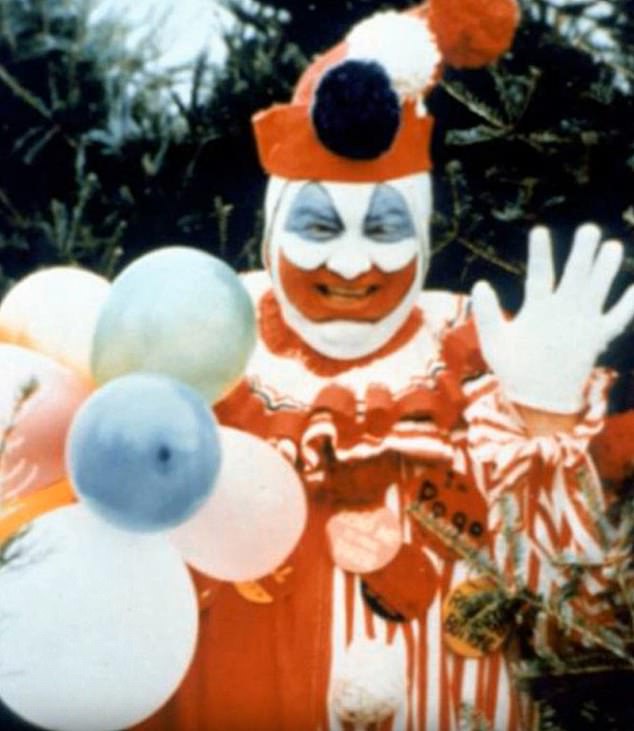 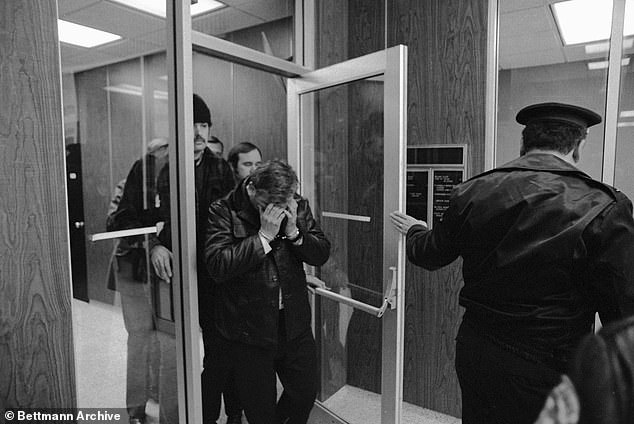 Gacy acknowledged during his trial that he had sex with his victims, but claimed frequent blackouts and said he remembered killing only five.

He stabbed at least one of them and strangled the others. Authorities said Gacy was forced to start stacking the bodies in the crawl space under his home because he was killing so many people.

While only two of Gacy’s eight remaining victims have been identified since the launch of the DNA-based investigation, authorities said it had solved cold cases that were not related to the serial killer, including five missing persons who were located alive and two who had died elsewhere in the country. 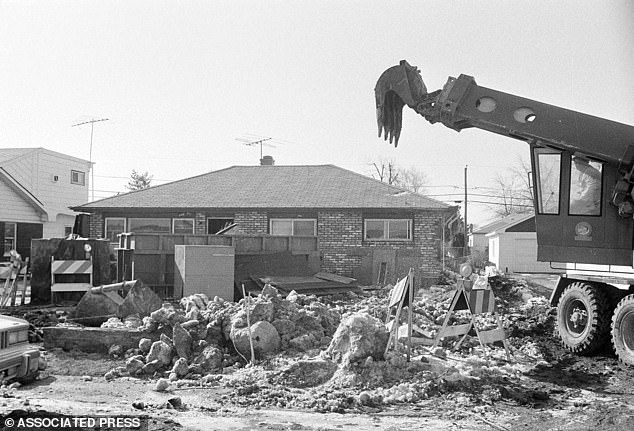 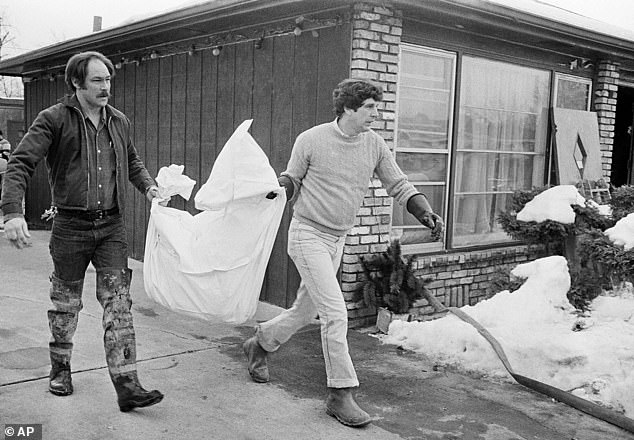 He stabbed at least one of his victims and strangled the others. Most of the victims were buried under his home but others were dumped in a river (Cook County Sheriff’s Police evidence technicians remove remains of a body from the Chicago suburban Des Plaines home in 1978.=)

For the six who remain unidentified, their remains were placed into a paupers grave.

Investigators were alerted to Gacy after a boy went missing who he had been talking with him about construction work.

On searching his home, they found a series of odd items – such as clothes too small for Gacy – and the smell of decay.

Gacy was executed by lethal injection in 1994. His last words were ‘Kiss my a*s.’

In 1968, Gacy pleaded guilty to a charge of sodomy involving a minor. He moved to the Chicago area after he was paroled in June 1970, having served 16 months of his 10-year sentence.