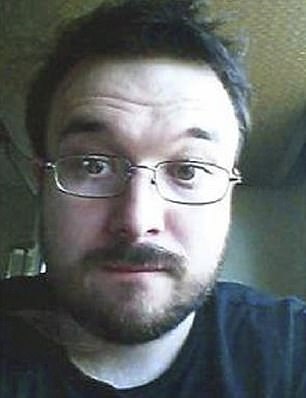 Billy Reilly, a Michigan native, died in Ukraine in 2015 but his death is only now becoming public. He had worked for the FBI on a freelance basis for five years when he traveled to Russia. The FBI says he went rogue; his parents, however, blame the bureau for his death

The family of an FBI operative who was killed in after ‘going rogue’ and traveling there to fight for a Russian-backed militia have shared his story to criticize the bureau for not doing anything to find him since he disappeared.

Billy Reilly vanished in June 2015 after traveling to Moscow and then Rostov-on-Don where he went to a camp used by Donetsk People’s Republic, a -backed proto-state that is at war with Ukraine and has been for years.

He had hinted to relatives that he was going ‘double agent’ after working for the FBI on a freelance basis for years.

The FBI denies ever sending Reilly despite ordering him to look into the group after a Airlines commercial plane was shot down near the city of Donetsk in July 2014.

They say he acted on his own and that it is not responsible for his death.

The man’s family is however blaming the bureau for his death. They say Reilly spent years not only conversing online with people involved in the Ukraine conflict, but also with Islamist groups, and that it fed his curiosity in the area.

He was paid a freelancer rate by the FBI and was never full staff.

After he vanished, his parents say agents came to their home to retrieve his phone and laptop.  Since then, however, the bureau has been silent in the face of their questions.

In an interview with that was published on Wednesday, they said the bureau is to blame and that it tried to persuade them not to make his story known.

They do not explicitly state whether or not they think he was sent to Russia on official FBI business.

However they say that since their son vanished in June 2015, they were left to fend for themselves – despite the bureau’s considerable resources – and find out what happened to him.

In 2018, after three years of relentless questions and involving the Wall Street Journal, they learned through Russian officials that their son was killed in Ukraine.

In April this year, the man’s family traveled to Russia, and then took a bus into Ukraine, to retrieve his body. He had been dead since July 2015 and died days after last speaking to them.

Reilly had become interested in Islam and told friends he was converting to the religion as a younger man.

His parents say 9/11 piqued his interest. 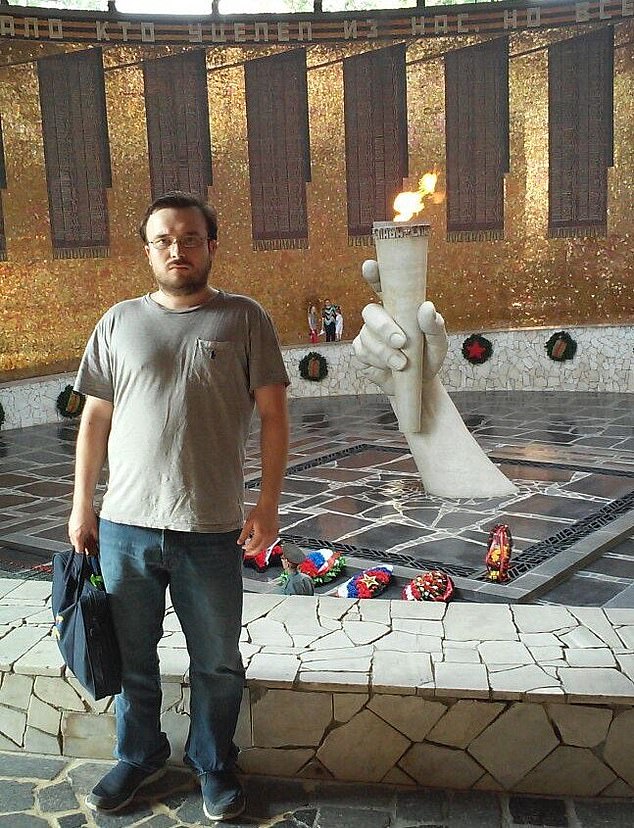 Reilly is pictured in an undated photo. His sister said he had joked about becoming a double agent in Russia. Russian and DPR sources confirmed he was killed fighting for them

He began working for the FBI in 2010 after an agent showed up at their home. Reilly, who loved computers, had been conversing with members of al-Qaeda.

During a raid on an al-Qaeda address, the agents found a hard drive which contained their communications.

The FBI offered him a job and paid him occasionally to get into chat rooms and learn about rising radical groups.

His parents were proud that he had been able to put his skills to use and work for the country.

2010: Reilly is recruited by the FBI as an informant/operative after they find his name on a hard drive recovered during an al Qaeda raid

2014: He mentions wanting to go to southeast Asia, goes to the airport and is dropped off but cancels at the last minute. He told his parents the FBI nixed the trip. He told the FBI he decided not to go by himself

July 2014: Malaysian Airlines flight is gunned down in Ukraine at the height of the annexation of Crime and Russia/Ukraine conflict. Reilly is tasked with looking into the DPR

May 2015: Reilly goes to Russia then to a DPR training camp

June 2015: After touring Russia, he returns to the training camp and goes silent.

Later, DPR operatives told his parents he’d crossed over into Ukraine in a van with other fighters and that he’d been told to leave his phone at the base

July 10: His body was recovered in Dibrivka, near the Russian border, in Ukraine

July 11, 2015: Medical examiner’s certificate of death. It listed his cause of death as multiple stab wounds

Fall 2018: The Reilly’s find out about his death through the Wall Street Journal

April 2019: Family goes to Ukraine to retrieve his body. They had to stay until June then brought his body home.

In 2014, he was asked to look into the Donetsk People’s Republic after the Malaysian Airlines plane was shot down.

The plane and all its passengers had become collateral damage in Russia’s war with Ukraine.

He also started speaking to women based in Asia, including a woman in the Philippines. His family say they reviewed his communications with his FBI supervisor – a man called Tim Reintjes – and that Reintjes told him to end the relationship.

In 2014, he planned a trip to southeast Asia and his parents dropped him off at the airport only to be phoned by him minutes later, asking to be collected.

He told them that the FBI put a stop to his trip. He told the FBI that he canceled because it ‘was too much trouble to go along.’

He told his parents vaguely about humanitarian work and also told the FBI agent he’d been speaking with about the trip.

He was dropped off at the airport by his family and was never seen again.

After arriving in Moscow, he met with a member of the DPR at a train station. The recruiter said he was not fit to fight, but Reilly stayed in Russia anyway.

He took a train to Rostov-on-Don, where the camp was, and then visited Saratov, telling his parents he was going to do a tour of the country.

Next, he went to Ulyanovsk and then to Volgograd before returning to Rostov-on-Don.

From there, he sent photos of himself with a shaved head and made references to how impatient he was about getting over the border to go to Ukraine.

Then he stopped communicating with his parents.

When the FBI agent showed up at the family’s Michigan home a few days later, he claimed not to know that he had been in Russia.

He returned several times over the next six months and retrieved his phone and computer.

However Reilly’s parents say they found a different phone which their son had used to communicate with him.

In texts they uncovered there, Reilly told the agent about his trip and he asked for an itinerary.

For years their questions went unanswered until 2018 when they were able to get news from the Center for Assistance to the State in Countering Extremist Activities.

It had been contacted by the Journal.

By then, Reilly’s parents say they had exhausted efforts to speak with the FBI and President Trump.

The Center told the Journal that Reilly had been killed in combat. It was later verified when they exhumed his body from a grave in Ukraine and his DNA matched.

When they got the news, Reilly’s mother Theresa called an FBI agent who the family says tried to silence them from speaking to the media and said: ‘You murdered our son. Don’t ever talk to us again.’

The FBI gave a statement to the Wall Street Journal denying sending him to Russia or Ukraine.

‘The FBI never directed William Reilly to travel overseas to perform any work for the FBI,’ it said.

Couple married for 45 years stay together after husband transitions to being a woman
Sir Billy Connolly leads the Tartan Day Parade with wife Pamela Stephenson in NYC
DHS officials were 'forced out when they challenged plan to arrest thousands of migrants'
Why men want a Lady Macbeth to rule them: ALEXANDRA SHULMAN says it's a current notion
Trump is met by hundreds of protesters in Dayton mocking speech and calling for tighter gun control
Truck driver arrested after 39 found dead in refrigerated lorry
Rory McIlroy vows to never play round of golf with 'terrible' United States president Donald Trump
Trump brags he aced cognitive test that left Walter Reed doctors 'very surprised' as he mocks Biden