Reading carefully from her script, the Queen told the assembled Lords and MPs yesterday: ‘My Government’s new economic plan will be underpinned by irresponsible fiscal strategy.’

Of course, she didn’t really — Her Majesty described ‘a responsible fiscal strategy’ — not that any viewers watching with subtitles realised.

Most of the on-screen captions are produced by a human ‘subtitler’ listening to live TV, and then repeating the words as clearly as possible into a microphone for a computer to turn it into text.

The system appears to leave plenty of room for error, and subtitle gaffes are legion. From murderous fans to disrupted fairies and indistinct dinosaurs, here Etan Smallman looks at some of the finest . . . 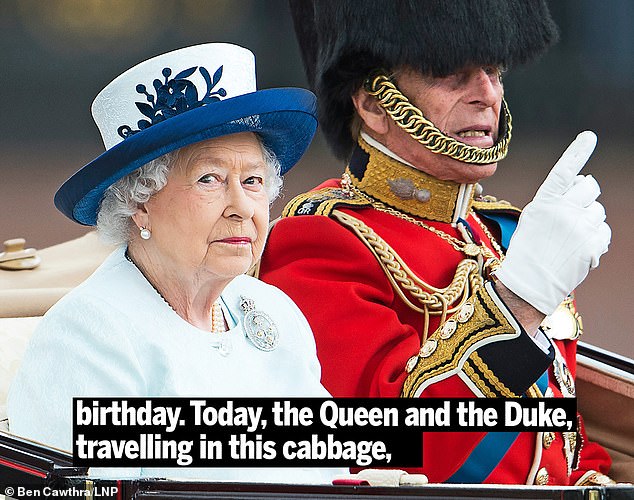 WE BRITISH ‘ARE GOOD AT KILLING’

BBC Breakfast presenter Dan Walker stressed to viewers that he was not crediting Britons’ talent for murder at Wimbledon in 2017. He quickly took to Twitter to clarify that although the caption said: ‘We are so good at killing’ — he actually said ‘queuing’. 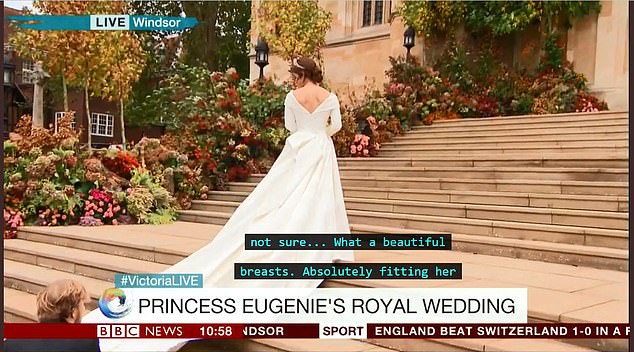 Blushing bride: A unfortunate boob at Princess Eugenie’s wedding where the subtitle said: ‘What beautiful breasts’

RUSSIAN HARDMAN IS ‘SO GAY LOVER OF’

Channel 4 News’s Matt Frei was discussing the Russian diplomat Sergei Lavrov. Unfortunately, Vladimir Putin’s confidant — who has strongly supported his country’s ban on homosexual rights to ‘protect Russian morals’ — was put on the screen as ‘so gay lover of’.

AND NOW IT IS TIME FOR ‘CAR SAUSAGE’

CAR SOS presenter Tim Shaw introducing his show would have been surprised to learn from the caption that he was working for a show about old bangers.

‘THERE WILL BE SEVERE DISRUPTION TO FAIRIES’

THE sense of BBC Breakfast’s weather presenter Carol Kirkwood’s gale warning was rather lost in translation. She was predicting disruption to . . . ferries. 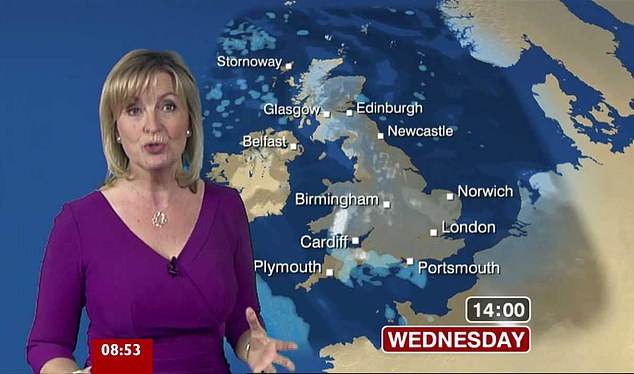 Sky News might have been in trouble with the regulator over impartiality when one reporter’s reference to Donald Trump was misinterpreted by the computer.

YES, I AM FROM ‘HOODEZFIELD’

Regional accents can often be tricky. So pity the poor American subtitler working on The Late Show during an interview with Doctor Who actress Jodie Whittaker. She explained that she was ‘from Huddersfield in West Yorkshire’. Must be her accent. 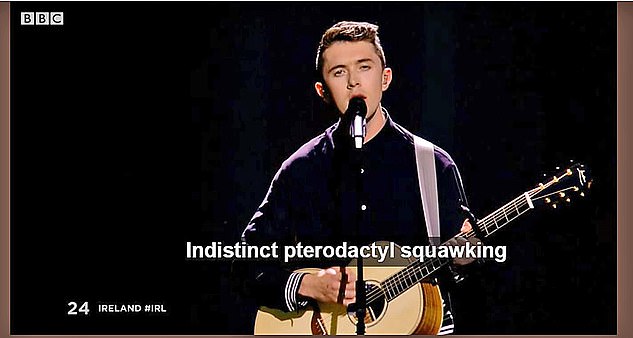 LOSING BUT WE WENT ON ‘TO EAT OUR OPPONENTS’

‘Some people think football is a matter of life and death. I can assure them it is much more serious than that,’ said football legend Bill Shankly. But the great manager could never have imagined cannibalism. Apparently they simply ‘beat’ their opponents.

THEN Prime Minister Theresa May had what looked like a rather frightening interview during the 2017 pre-election grillings. We know Jeremy Paxman has a fierce reputation, but really . . . 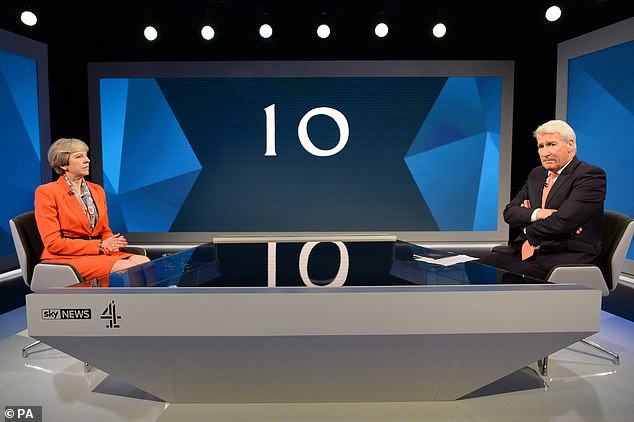 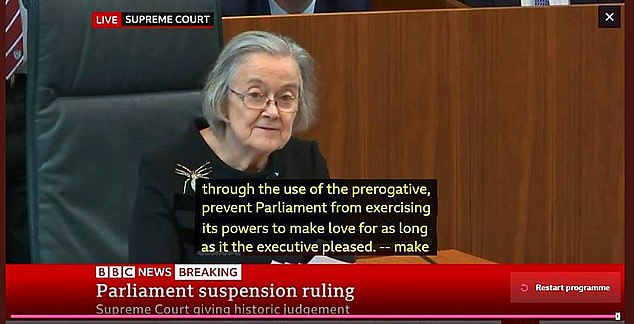 CHINESE ‘YEAR OF THE WHORES’

USHERING in the Chinese Year of the Horse in 2014, the BBC’s Tina Daheley had people around the globe celebrating something completely different.

When they are forecasting thunderstorms on the way we are not surprised to be told that ‘heat and humidity’ are expected. But the BBC made it much more exciting.

Theresa May’s warnings about Russia were rather undermined by how they were reported on screen. Her declaration that the country ‘respects no borders and it is a threat to our values’ somehow became a comment on winter sports.

In 2017, Jeremy Corbyn sent his congratulations to newly engaged Prince Harry and Meghan Markle. Somehow, ‘Harry and his brother’ became mangled and gave the royal seal of approval to the Lebanese terror group the Labour leader once called his ‘friends’. 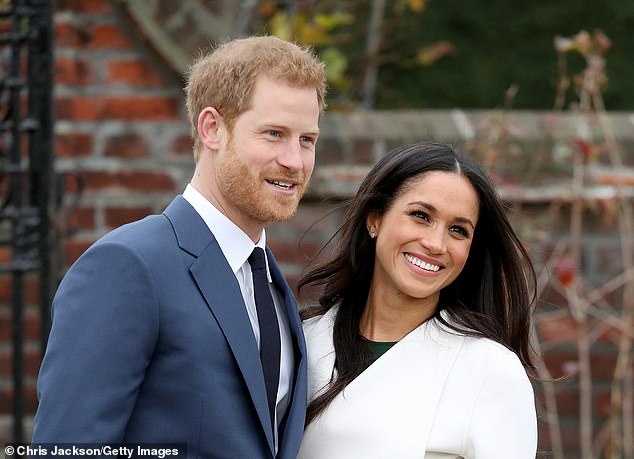 Enough to put you off your dinner. ‘A portion of fruit’ became rather less appetising as the BBC reported we should be eating seven portions a day. 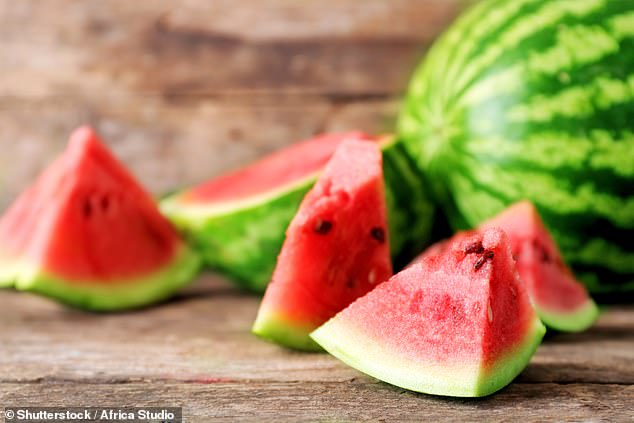 Carrie Gracie quit as BBC China editor in a dispute over salaries. Railing against what she called ‘unlawful pay discrimination’ it came out wrong on screen.

In a rare moment of no commentary during a tennis rally, the computer filled in the gap.

Parents found out three-year-old daughter had cancer after father took photo of her falling asleep
Emirates' 'diamond encrusted' aircraft sends the internet into meltdown
Two men and woman released over 'murder' of woman, 19, in West Yorkshire village
Theresa May to warn Boris Johnson about the perils of a No Deal Brexit
Boris Johnson and Nigel Farage can do 'tremendous things' together says Donald Trump
David Tennant is pictured as the serial killer and necrophile Dennis Nilsen
Cold case team re-examines the vanishing of Claudia Lawrence ten years on
Pete Buttigieg IS ahead in Iowa caucus results as Democrats FINALLY unveil two-thirds of votes