A TV news reporter who broadcast from the middle of ‘s destructive Typhoon Hagibis that has killed at least 35 people has been branded an idiot.

Mike McRoberts, from ‘s Newshub, was in Japan broadcasting on the typhoon that has battered Japan with 225km/h winds.

McRoberts was filmed as he stepped outside with a cameraman to show just how strong the gusts were. 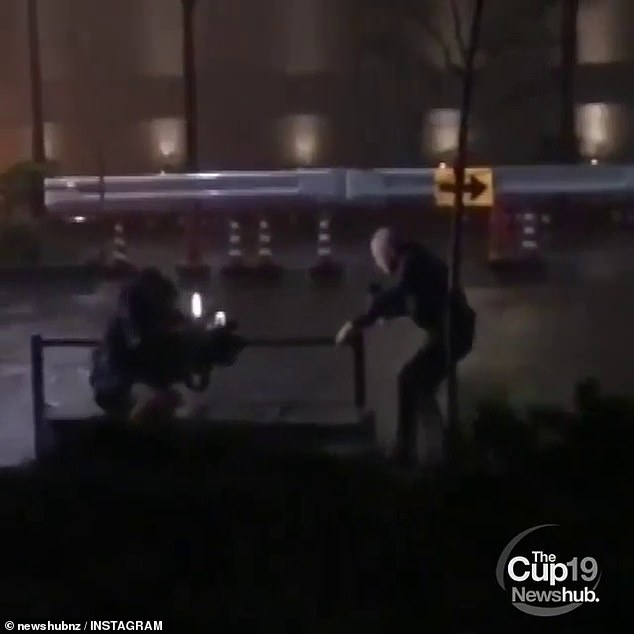 ‘We could’ve filmed the trees, and the road the water and that kind of thing,’he told .

‘But to actually stand in it, I thought, gave people a bit more of a perspective, basically holding on to a railing and cameraman Blair Martin was holding on the other end of the railing.’

Terrifying footage showed McRoberts grabbing onto a railing tightly as he was battered by the strong wind.

He could be seen struggling to maintain his balance as he was lashed by rain and fierce gales. 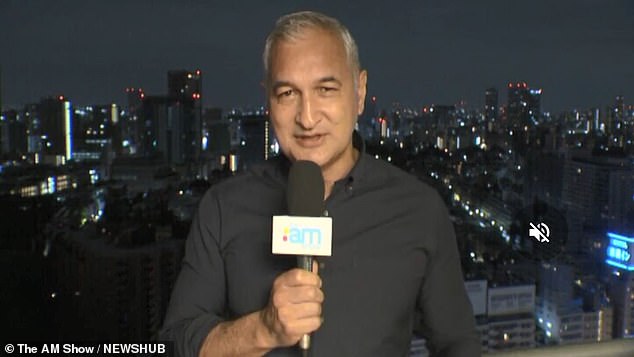 Newshub’s Instagram shared the footage and commended McRoberts (pictured) for his commitment, however, some social media users have branded him an ‘idiot’

Newshub’s Instagram shared the footage and commended McRoberts for his commitment, however, some social media users have branded him an ‘idiot’ for the reckless behaviour.

‘I don’t usually get too precious or PC about stuff.. but this is stupidity!’ another commented.

‘Not commitment but rather reckless and dangerous,’ someone else wrote.

A Newshub New Zealand spokeswoman confirmed to Daily Mail Australia that it was McRoberts’ decision to go and report outside during the typhoon.

‘Confirming that it was Mike’s decision to report in the eye of the storm, but he did it with our blessing,’ she said.

‘Safety is always put first for our reporters and camera staff when travelling abroad.’ 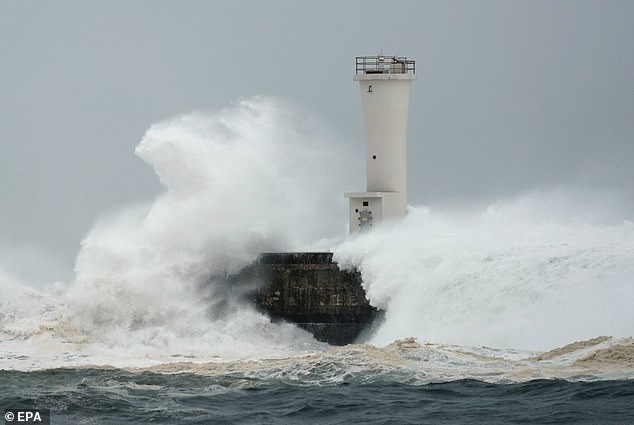 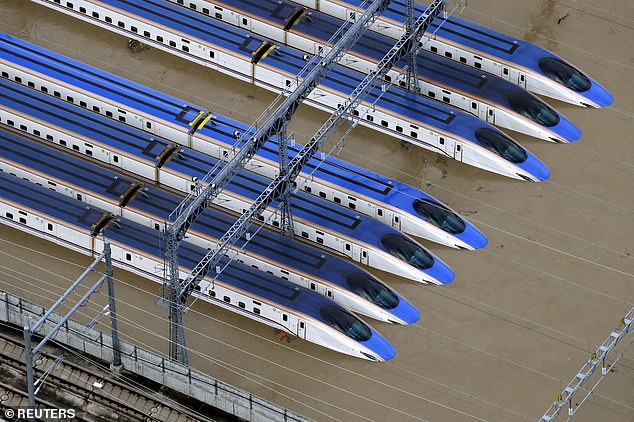 At least 35 people are dead and 16 missing after the powerful typhoon ripped through Japan triggering deadly landslides and flooding rivers, with hundreds of homes evacuated.

Some seven million people were told to evacuate homes in Japan as Typhoon Hagibis, made landfall on Honshu island.

Around 7.3 million people were placed under non-compulsory evacuation orders and more than 30 were injured after Typhoon Hagibis hit the south coast on Saturday. 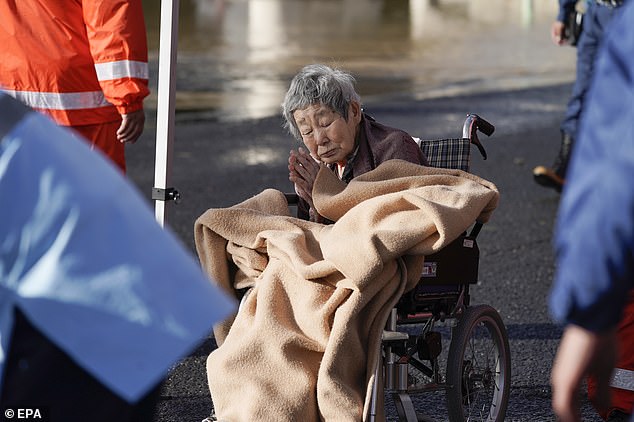 An elderly woman gestures as she was evacuated along with others from a nursing home flooded by Typhoon Hagibis, before being moved to another facility in Nagano on Sunday 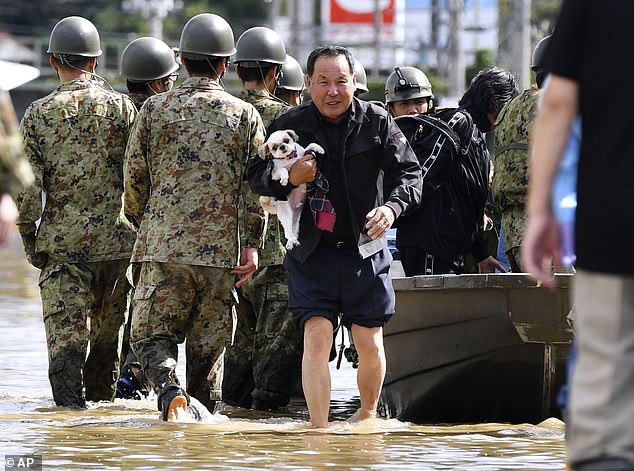 An evacuee with a dog is rescued after the city is hit by Typhoon Hagibis, in Motomiya, Fukushima prefecture, northern Japan

By Sunday morning, the significantly weakened storm had moved back off land, but serious flooding was reported in central Japan’s Nagano.

The government has deployed 27,000 troops and other rescue workers to take part in operations after some 376,000 homes were left without electricity, and 14,000 without running water.

Even before making landfall, Hagibis caused enormous disruption, forcing the cancellation of two Rugby World Cup matches, and grounding all flights in the Tokyo region, but the Japanese Grand Prix went ahead. 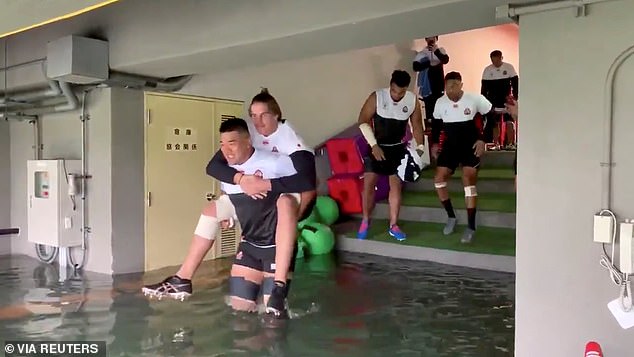 World Rugby has urged supporters not to travel unless it is ‘absolutely necessary’. Japan’s World Cup players were yesterday pictured wading through a flooded Tokyo stadium

Prime Minister Shinzo Abe convened an emergency meeting and sent the minister in charge of disaster management to the affected areas.

‘I extend my condolences for all those who lost their lives and offer my sympathy to all those impacted by Typhoon No.19 (Hagibis),’ Abe said.

‘With respect to blackouts, water outage and suspension of transportation services, we intend to exert all-out efforts for the earliest recovery … we ask the public to remain vigilant of landslides and other hazards,’ he said.