Harry Redknapp’s eldest son today told a court that the ‘droopy eyes’ he inherited from his father were responsible for his arrest for drug-driving.

Mark Redknapp, 49, said police suspected he was on drugs because of the hereditary condition inherited from his football manager father.

He denied having taken drugs when he was pulled over in Poole on April 2 last year but was found to have 749 micrograms of the cocaine derivative benzoylecgonine in his blood – 15 times over the legal limit for driving of 50. 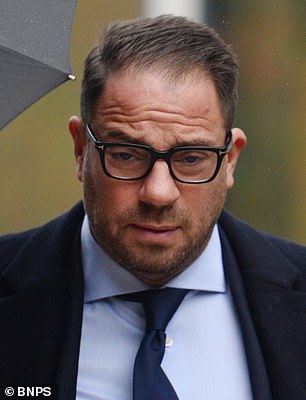 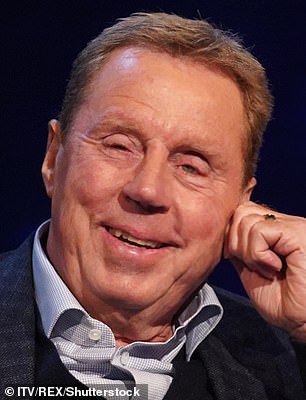 Mark Redknapp, 49, (left) said he was tested for drugs after being pulled over in Poole on April 2 last year because of his ‘droopy eyes’ which he inherited from his father (right)

Redknapp told Poole magistrates’ court: ‘The gentleman, that police officer, got out of the car and asked my name and asked if I knew why I had been pulled over and I agreed I had been on the telephone.

‘The lady officer for some reason took a disliking to me, I do not know why. The gentleman was very pleasant, he was talking to me about football. She went to the back of the car and got out what I now know to be a swab.’

Responding to allegations that he had had ‘droopy eyes’ when pulled over by police, Redknapp claimed this was due to a hereditary condition which his father also shared.

‘I have a hereditary problem with my eyes,’ he said. ‘I have had to have an operation on my eyes. I have heavy eyes, my father does. It is an everyday thing for me.’

Redknapp’s wife, Lucy, backed up her husband’s assertion in court that his ‘droopy eyes’ were a hereditary condition, which she said ‘got worse’ when he was tired.

The defendant was also asked whether he had been licking his lips and poking his tongue out between his teeth, something Redknapp put down to nervousness.

Redknapp said: ‘Same as anyone sat in the back of a police car, you’re nervous. When your mouth is dry, that happens to most people. I’m in a position where I shouldn’t be and I was anxious.

‘Why am I in this situation now, why I am getting questioned for something I have not done?’

Redknapp told how he was handcuffed and taken to Bournemouth police station, where he said around 20 police officers watched him being brought in.

‘They knew my name was Redknapp. Unfortunately it doesn’t carry any weight in a situation like this.’ 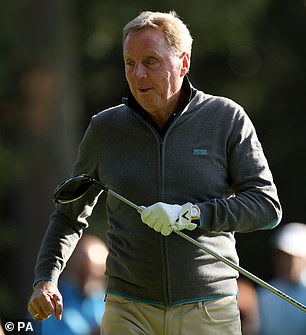 The defendant went on to allege that his blood was taken without consent, even though he was terrified of needles and had fainted on a previous occasion where blood was taken.

Redknapp also said he was subjected to a strip-search, saying ‘which I found very humiliating.’

The brother of ex-Liverpool football star Jamie was accused of being 15 times over the drug-drive limit for cocaine when he was stopped in his Mercedes C63 car at traffic lights.

Prosecutors claimed Redknapp, of Poole, Dorset, had 749 micrograms of the cocaine derivative benzoylecgonine in his blood – the legal limit being 50.

He had been leaving his parents’ home in Sandbanks, before he was stopped, the court was told.

An ex-England rugby player spoke at the trail to say Redknapp had not been exhibiting any signs of drug taking on the Saturday before his arrest.

Paul Henry Sackey, an ambassador for the Wasps rugby club and a former England player, told the district judge: ‘I met Mark through his brother Jamie. Jamie and I had the same agent. I used to be a professional rugby player and am the godfather to Mark’s sons.

‘We played football and rugby in the garden for a bit and we had a Chinese takeaway at Mark’s house. We watched Match of the Day and the boxing.

‘It was a normal Saturday evening in the Redknapp household. To my knowledge, no-one was taking drugs.

‘I had no suspicion Mark did take any drugs, there were no signs such as going to the toilet multiple times. I would be shocked if Mark did take drugs. He didn’t seem to be taking drugs, he was just his normal, bubbly self.

‘Neither Mark, nor his friends, have ever taken drugs in my company,’ he said in a statement.’

The court heard that Ali McGivney, who worked as a consultant for Redknapp’s property development company, Pier Front Developments, had also attended the Redknapp household, where Redknapp lived with his wife Lucy.

Mr McGivney said: ‘I am absolutely certain that there were no drugs being consumed at Mr Redknapp’s house. Our social-circle is very much anti-drugs.

‘His family have been the subject of gossip and rumour.’

The trial, which began in February, had been adjourned after Redknapp’s legal team argued the case should be thrown out.