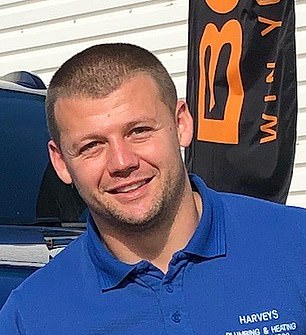 Plumber Tom Harvey consoled himself that selling his prize Porsche would raise the deposit for a new house… only to win another two days later.

But the biggest cause for celebration was that he had just sold his first win for about £90,000 last Sunday to use as a deposit on a new house with his partner – two days before learning he had won his second dream car.

Commenting on his good fortune, Tom, from Dartford, Kent, admitted that he was ‘gobsmacked’ by the win. 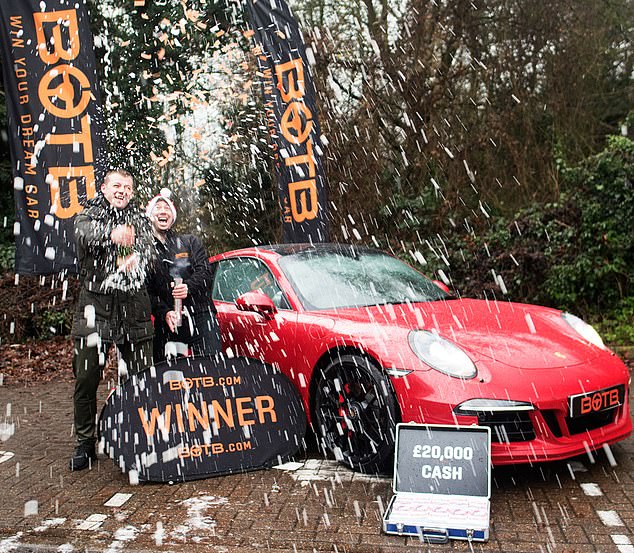 ‘I must be one of the luckiest men on the planet at the moment,’ he said.

Tom, who was attending a plumbing course in Essex with his father Bill when he received news of the latest win, added: ‘I just ditched the course and went straight to Porsche in East London. 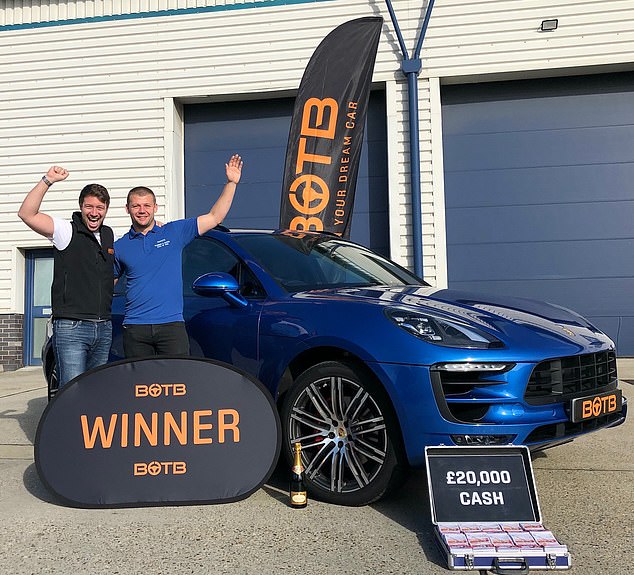 Mr Harvey (pictured in blue top) has been left ‘gobsmacked’ after having just sold his first prize, a Porsche 911 Carrera 4 GTS worth £110k, from the competition in 2017 (pictured with the Porsche two years ago). He sold his first win for around £90k as he wanted to get a deposit down on a new house 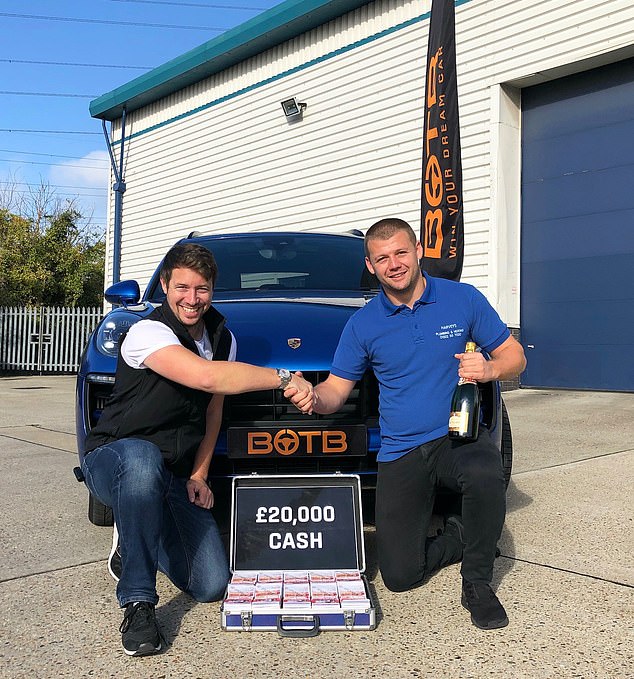 He has described himself as one of ‘the luckiest men in the world’ for getting the Macan S car just after selling the other model (pictured). He was attending a plumbing course in Essex when he received the amazing news and is still in shock about his second time win

California Ford dealership is slammed over ad promoting 'smoking hot deals' during deadly wildfires
NASA reveals four options for its future flagship telescope
Judge ordered teenage mother, 16, to give up her baby for adoption after just one court hearing
Death trap lorry container crossed the Channel twice before deaths of 39 migrants
African tribe reveals what they REALLY think about Scarlett Moffatt after she moved in next door
Nigel Farage reveals he will spoil his ballot paper
Families hit out after discovering Christmas dinner is ruined by 'rotten' and 'stinking' turkeys
Oscar-winning World War One movie 1917 is recreated in LEGO in poignant stop-motion video