was proudly displaying the results of her 11th breast enlargement on Saturday, as she soaked up the sun on a relaxing break to Turkey.

The former glamour model, 41, shared a glimpse of her surgical scars in a pink leopard print bikini as she threw her hair around during a dip in the ocean.

It comes following reports that despite rekindling her romance with ex Kris Boyson, Katie has still been texting her recent toyboy Charles Drury, 22. 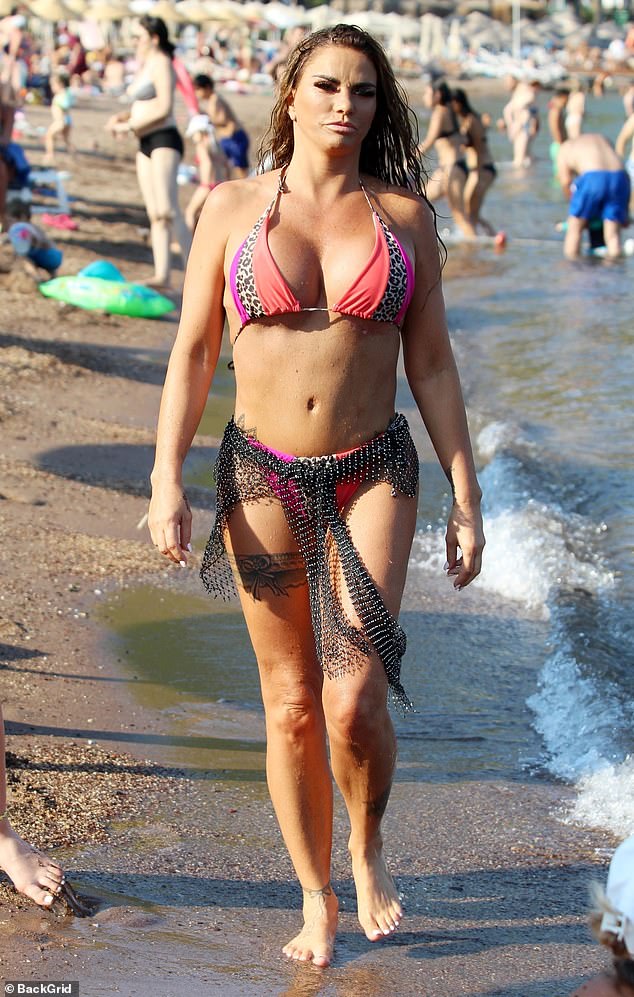 That looks painful! Katie Price, 41, was proudly displaying the results of her 11th breast enlargement on Saturday, as she soaked up the sun on a relaxing break to Turkey

Katie proudly displayed her jaw-dropping figure in the barely-there bikini as she strolled along the beach in the sunshine.

The mother-of-five shared a glimpse of the scars from her recent cosmetic procedures in the fuchsia pink bikini with a leopard print trim.

Katie threw around her hair as she took a dip in the ocean, and ensured that both her washboard stomach and ample cleavage were on full display. 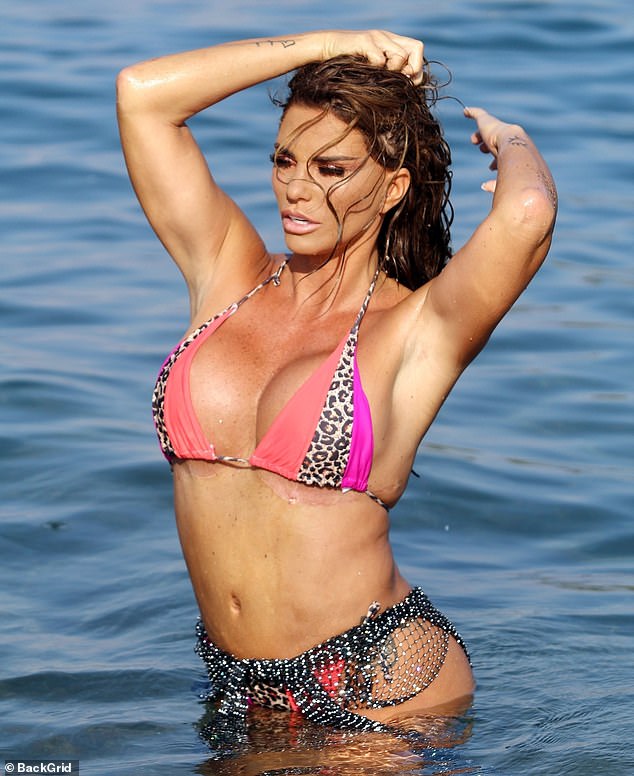 Sensational: The former glamour model, 41, shared a glimpse of her surgical scars in a pink leopard print bikini as she put on a raunchy display during a dip in the ocean

Make waves like Katie in a JYY London bikini 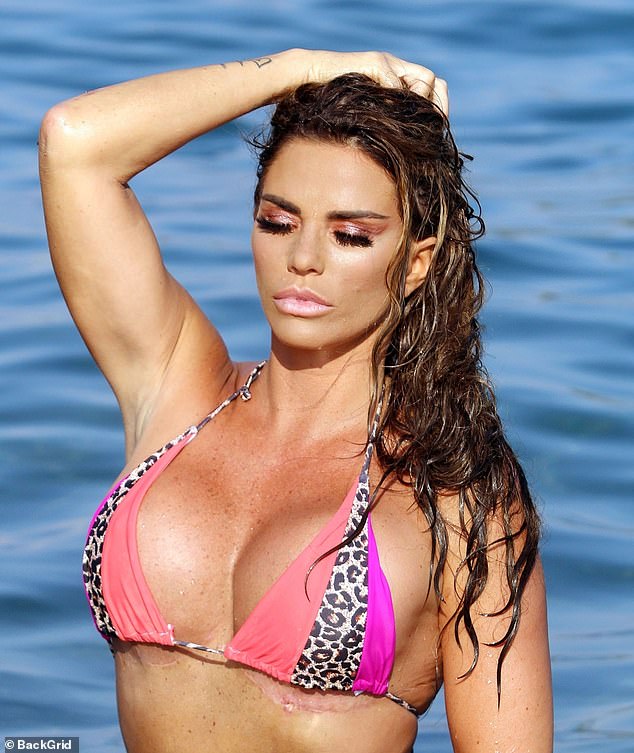 Nasty: The star’s scars could be seen just under her breasts as she opted for the revealing bikini during the getaway 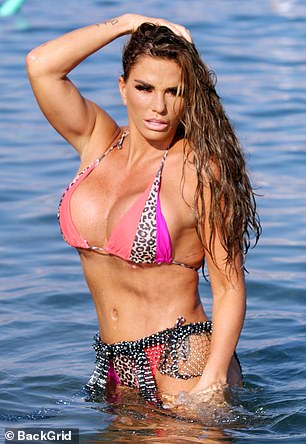 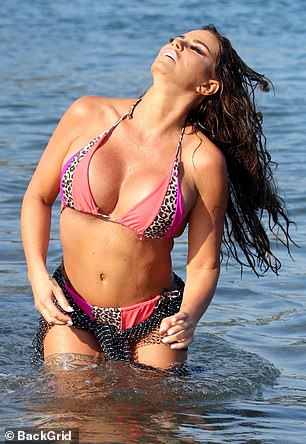 Sizzling: Katie flashed a glimpse of the scarring from her recent cosmetic procedure as she enjoyed some fun in the sun

Earlier this year Katie went under the knife for another series of cosmetic surgery, including what is thought to be her 11th breast enlargement.

The star jetted to Turkey to go under the knife for the procedures which also included a facelift, eyelid lift and a reversal of her bum lift.

Katie’s break comes following reports that she is terrified that her toyboy ex Charles Drury could leak intimate snaps of them following their split. 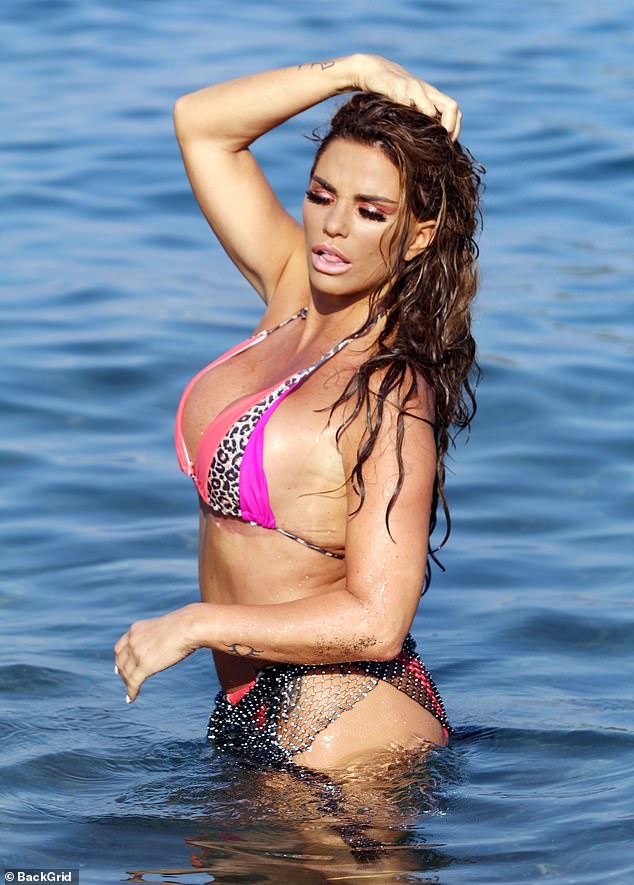 Sexy: The star was once again showing off her figure in a skimpy hot pink bikini with a leopard print trim 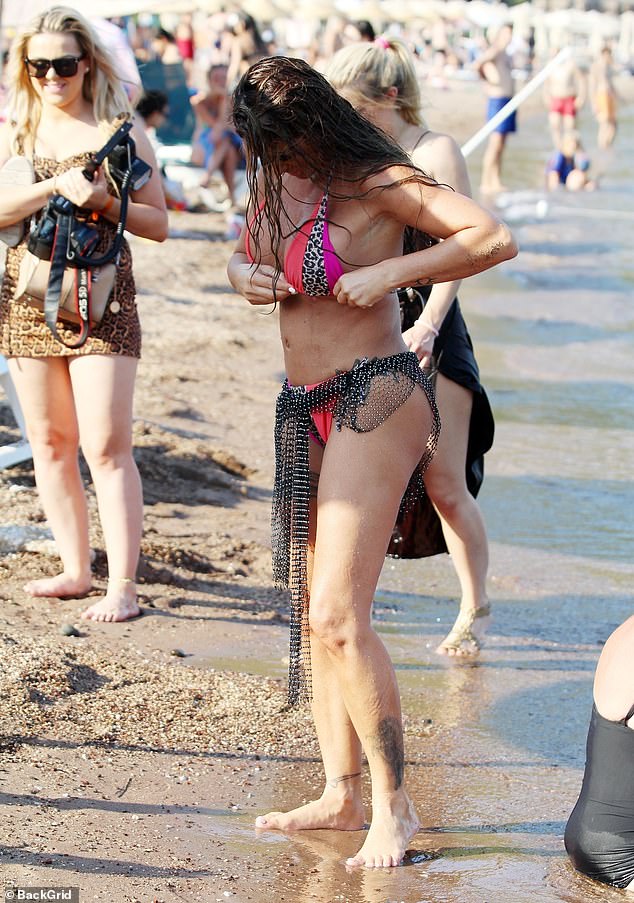 Daring: Katie has reportedly been left in agony with the scarring after going under the knife for what was thought to be her 11th boob job 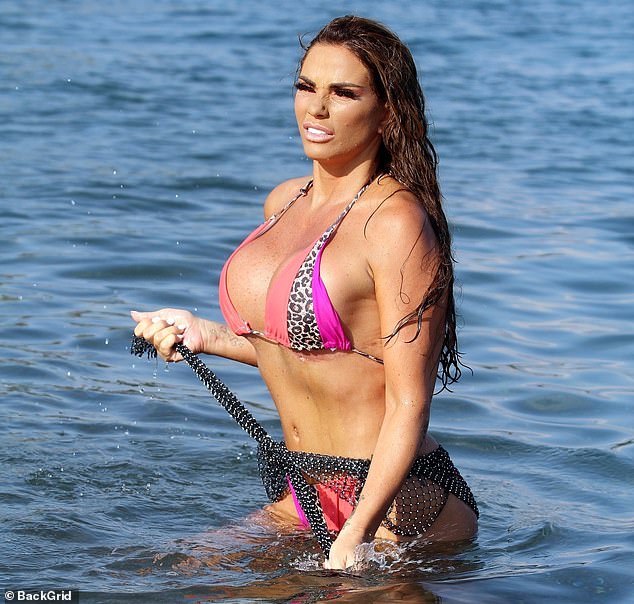 Reunited: Katie was out solo during the holiday following reports that she is still in touch with her ex Charles Drury, despite rekindling her romance with Kris Boyson

According to The Sun Online, the TV personality admitted that she was frequently ‘out of control’ during her ‘wild’ romance with the toyboy builder.

And now she fears the hunk could spill the beans about intimate parts of their short-lived flings.

A source said: ‘They shared a really wild and passionate relationship which only lasted a few weeks but it was when Katie was out of control. She’d had a lot of surgery and wasn’t looking after herself.

‘Charles has got a phone full of pictures and videos and Katie knows that people want to know everything about their relationship.

‘Charles was obviously really devastated by the split, but ultimately he’s a decent guy and wouldn’t betray Katie’s trust. But that doesn’t stop her worrying about it.’ 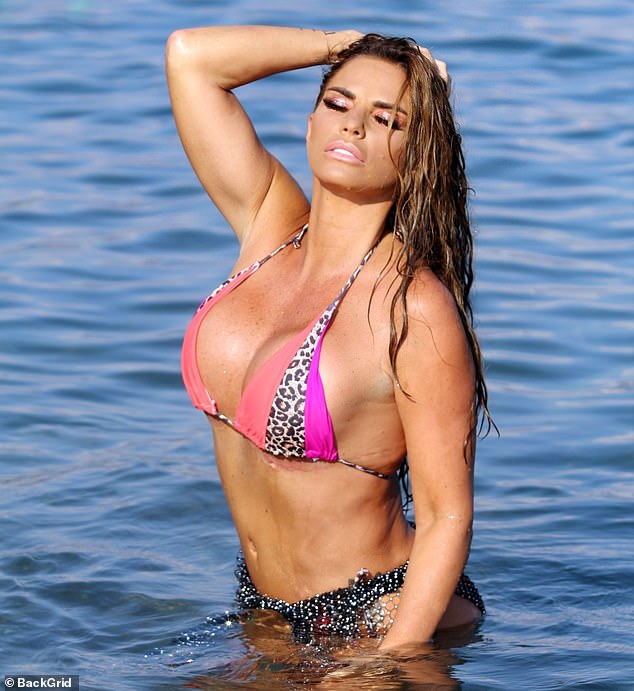 Transformed: She reportedly jetted to Turkey earlier this year go under the knife for the procedures which also included a facelift, eyelid lift and a reversal of her bum lift 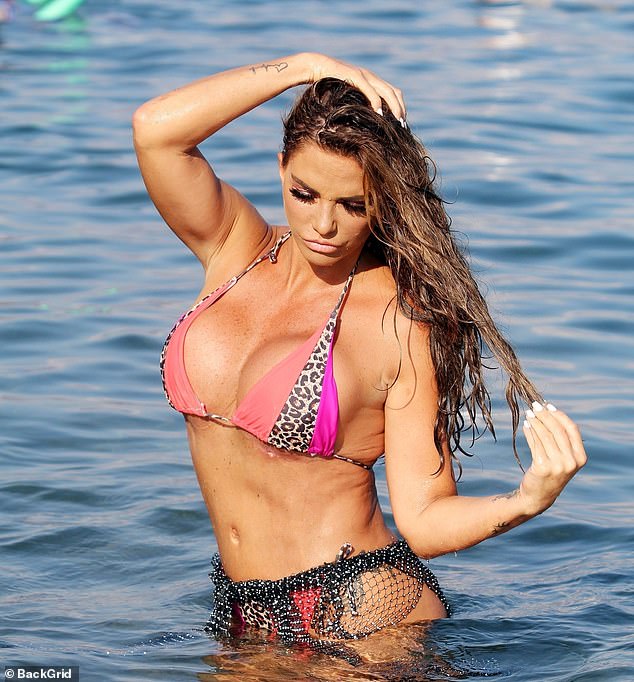 Reunited: Katie is reportedly back to together with her personal trainer ex. who has now also moved back into her mansion

It’s been reported that Katie has rekindled her romance with ex Kris, but is still in touch with former flame Charles.

A source told : ‘Katie and Charles are still texting even though he knows she’s back on with Kris.

‘He still thinks that there could be hope for them down the line and she’ll dump Kris again – but who knows?’

Kris has reportedly moved back into Katie’s mansion and she is now planning on whisking him away on a romantic mini-break. 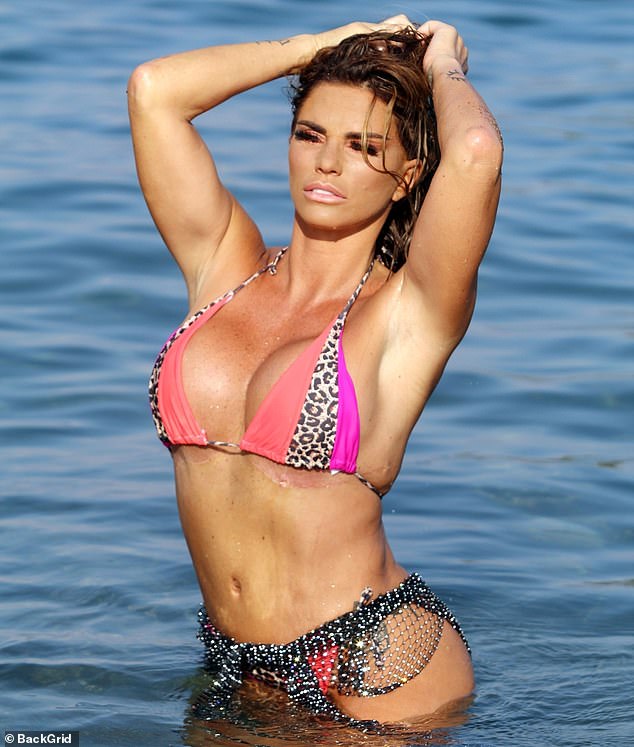 Eye-popping: Despite struggling with the recover from her recent surgery, the star still oozed confidence in her daring pink two-piece