Parts of Britain face up to a fortnight’s worth of rain today ahead of what could be a washout weekend.

Areas of Wales, North West England and Western Scotland will be worst hit by the downpours throughout today which could see up to 2.8in (70mm) of rain fall amid concern over flooding and spray on the roads.

The has issued rain warnings covering these areas until 3pm in Scotland and 6pm in Wales and England – although much of the country will see heavy rain at some point, especially in southern England. 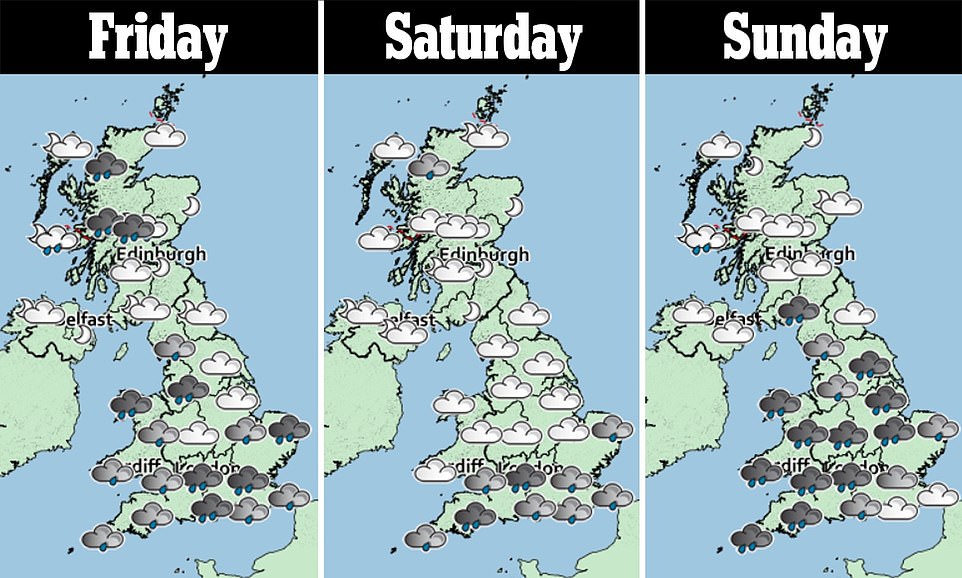 Tomorrow will be cloudy with rain for southern England and Wales, some of it heavy on the south coast. Northern parts of England and Wales will be mostly dry and bright, and it will be sunny in Scotland and Northern Ireland.

The Environment Agency has nine flood alerts in place for England today – mostly in the South West of England – including one more serious flood warning for the Winford Brook at Chew Magna in Somerset. 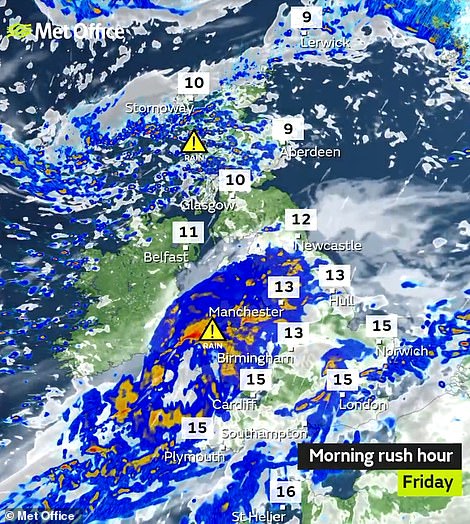 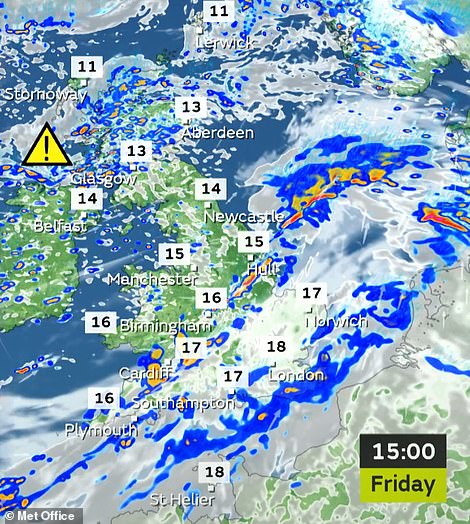 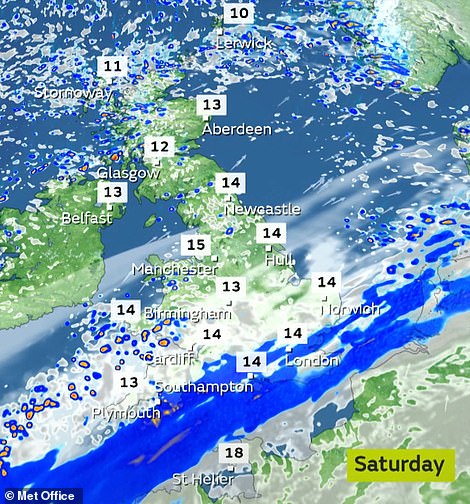 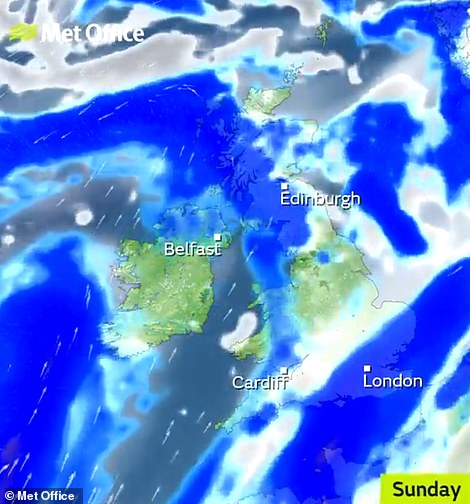 Further rain is expected over much of Britain over the weekend, with temperatures only make it up to 15C (59F) tomorrow

The Met Office warning for Wales and North West England states that ‘flooding of a few homes and businesses is likely’, ‘bus and train services probably affected’ and ‘spray and flooding on roads’ increasing journey times. 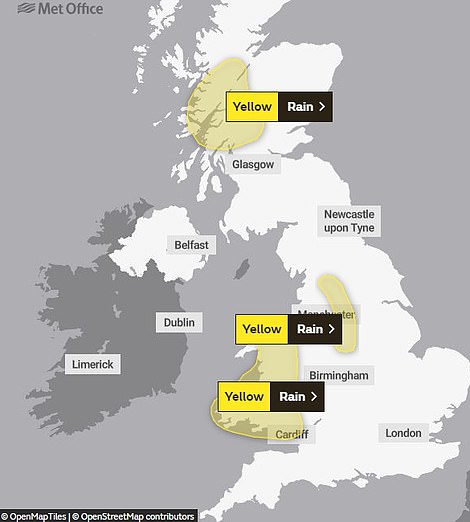 The Met Office rain warnings in place for the UK today

It adds: ‘A band of rain will arrive across parts of Wales, central and northern England during the early hours of Friday and then remain slow moving through much of the day.

‘Within this area 15mm to 30mm of rainfall is expected widely. 50mm to 70mm may occur across high ground of western Wales and potentially the Pennines. The band of rain will clear to the South East by Friday evening.’

The alert for Scotland says outbreaks of rain yesterday would be ‘followed by frequent heavy showers which will become mainly focused across Lochaber, Easter Ross, Western Tayside and Northern Argyll’.

It adds: ‘Accumulations will be widely 20mm to 30mm with isolated 50mm across higher ground, this falling onto already saturated ground. Rain will clear southeastwards through Friday evening.’

The average monthly rainfall for the UK in October is 5in (127mm). The highest rainfall yesterday was at Tyndrum in Scotland, which saw 1.36in (34.6mm) fall.

Speedboat killer Jack Shepherd 'wanted to marry victim Charlotte Brown and start a family with her'
Everything about Karl Lagerfeld was extraordinary, from his 300 ipods to writes RICHARD KAY
More than HALF of food aimed at children too high in sugar and salt as campaigners call for a ban
Window cleaner, 40, leaps into a paddling pool to win a £50 bet
MPs are calling on the Government to take urgent action to end sky-high pension fund charges
Jamie Oliver blames Brexit for the collapse of his restaurant chain
Trump plans to designate Mexican drug cartels as terrorists over their role in drug trafficking
How a Budget review of inflation measures could affect your finances