The duo of recently-arrested businessmen who assisted Rudy Giuliani’s investigations into ‘s Ukrainian dealings at the behest of President splashed out hundreds of thousands of dollars in international spending spree, according to a new report.

Lev Parnas and Igor Fruman spent at least $203,000 between July 2018 and April of this year in a flurry of travel between Washington DC, New York City, Las Vegas, Kyiv, London and Miami, according to bank records obtained by .

The lavish spree included bills running to hundreds of dollars at exclusive restaurants such as Novikov in London and BLT Prime in DC, and a $657 charge at Tootsie, the popular strip club in the heart of Kyiv.

Parnas and Fruman were arrested late on Wednesday trying to board an international flight with one-way tickets at Dulles International Airport in Virginia, on charges related to a $325,000 donation to a group supporting Trump’s reelection. 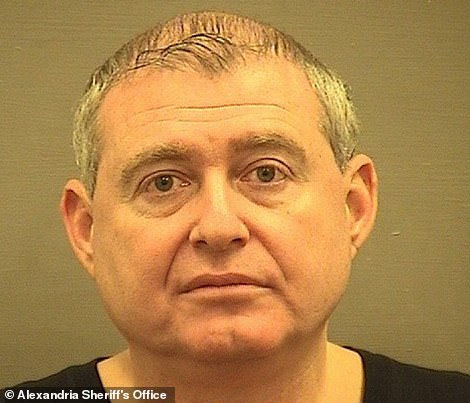 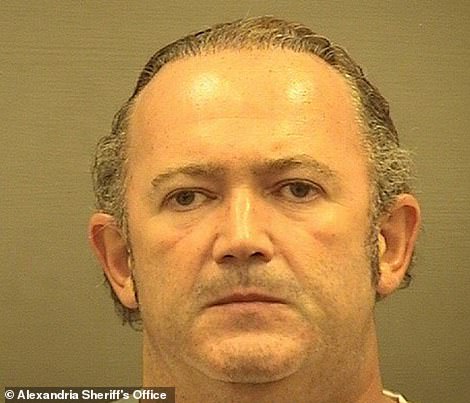 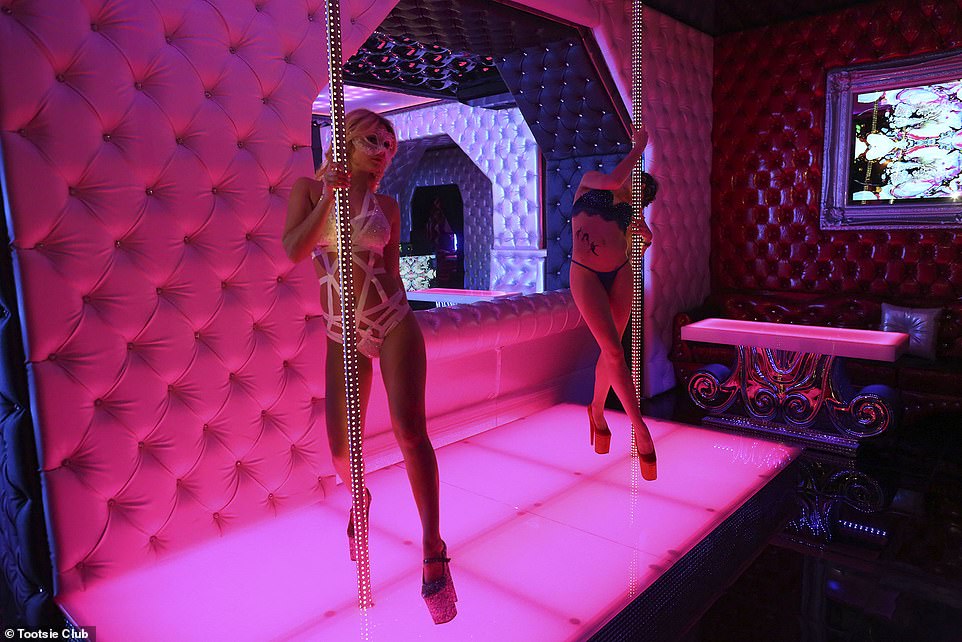 Parnas and Fruman’s international spending spree included a $657 charge at Tootsie (above), the popular strip club in the heart of Kyiv, in December 2018 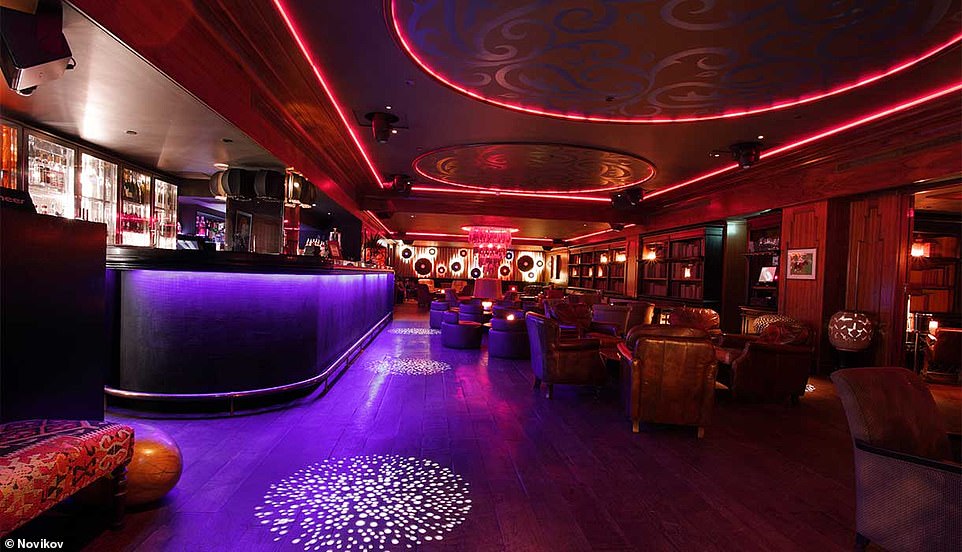 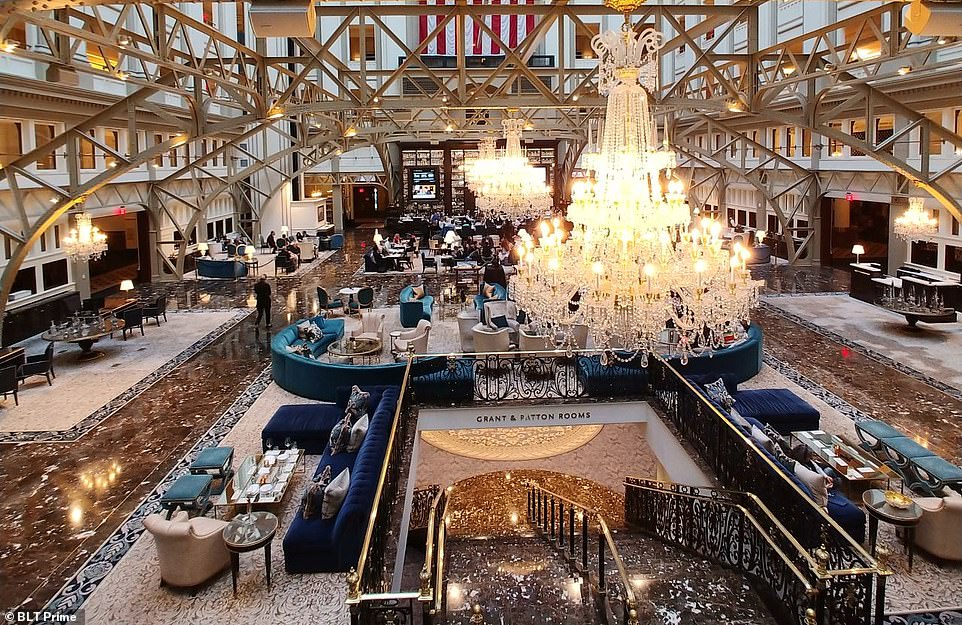 The duo appear to have been deeply involved in Giuliani’s freelance investigations in Ukraine, where the president’s personal lawyer has tried to prove that Biden and his family sold influence and squashed corruption investigations.

Giuliani’s allegations spurred Trump to request the Ukrainian president to investigate Biden, on a phone call that is at the heart of House Democrats’ impeachment probe into Trump.

In the midst of helping Giuliani connect with Ukrainian officials to pursue his quest, Parnas and Fruman’s jet-setting appears to have been primarily funded by a $1.26 million mortgage the Fruman took out against an oceanfront condo in south Florida.

In May of 2018, Parnas tapped into the mortgage money almost immediately, making four transfers, totaling $845,000, to various companies controlled by both partners.

The money also went into a flurry of campaign contributions and travel for the duo.

In July 2018, Parnas racked up charges in Warsaw, Los Angeles, Washington, and New York, spending thousands at each stop.

In just one day, Parnas dropped $3,182 at a glitzy nightclub in West Hollywood and more than $1,000 at two Japanese restaurants. His bill at the Peninsula hotel in Beverly Hills ran to $13,000.

About a week later, he ran up a $6,300 tab at the Trump International Hotel in Washington. 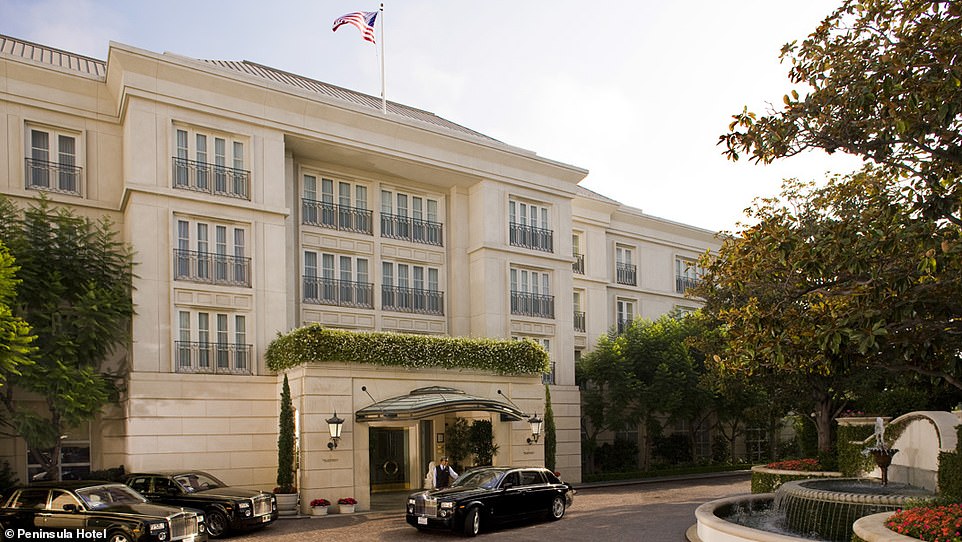 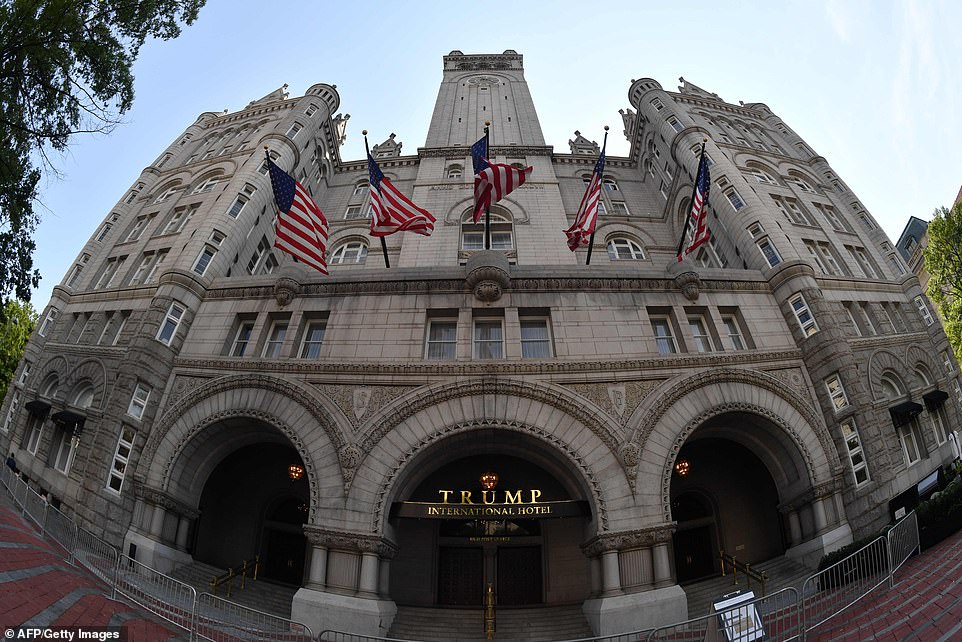 About a week later, he ran up a $6,300 tab at the Trump International Hotel in Washington

Meanwhile, Fruman was also jet-setting, spending $4,250 at the Hilton International Hotel in Kyiv in July before flying on to the Loews Hotel in New York City.

It’s not clear which travel expenses were related to the effort to help Trump and which to Fruman and Parnas’ business Global Energy Producers, which sells natural gas to Ukraine.

But by the fall of 2018, however, they were deeply involved in Giuliani’s efforts.

One video from early September 2018 shows a particularly relaxed Giuliani with the duo at Trump International in DC, waving to the camera with his tie undone.

In November of 2018, Parnas spent $524 at Shelly’s Back Room, a cigar lounge not far from the White House.

Soon after, he spent $1,200 at a Las Vegas nightclub called Drai’s. 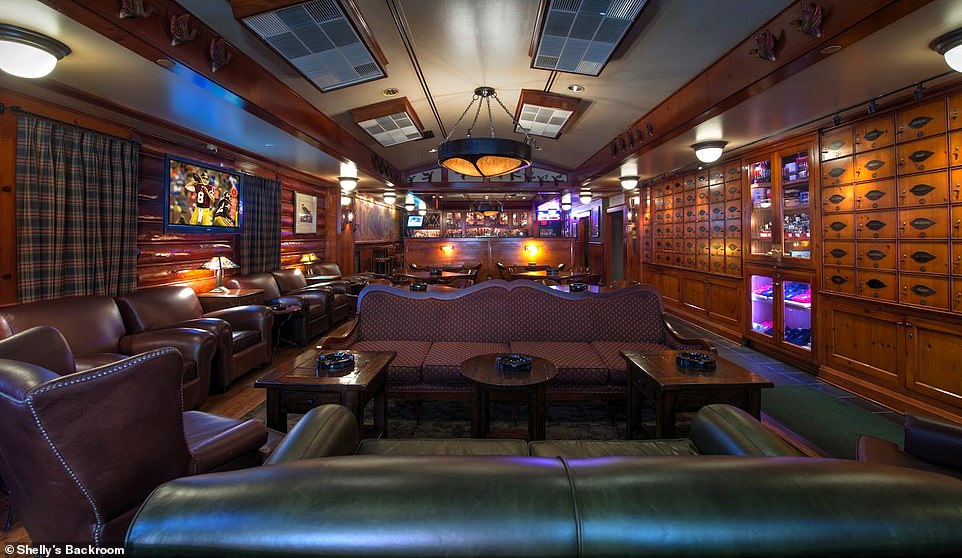 In November of 2018, Parnas spent $524 at Shelly’s Back Room, a cigar lounge not far from the White House 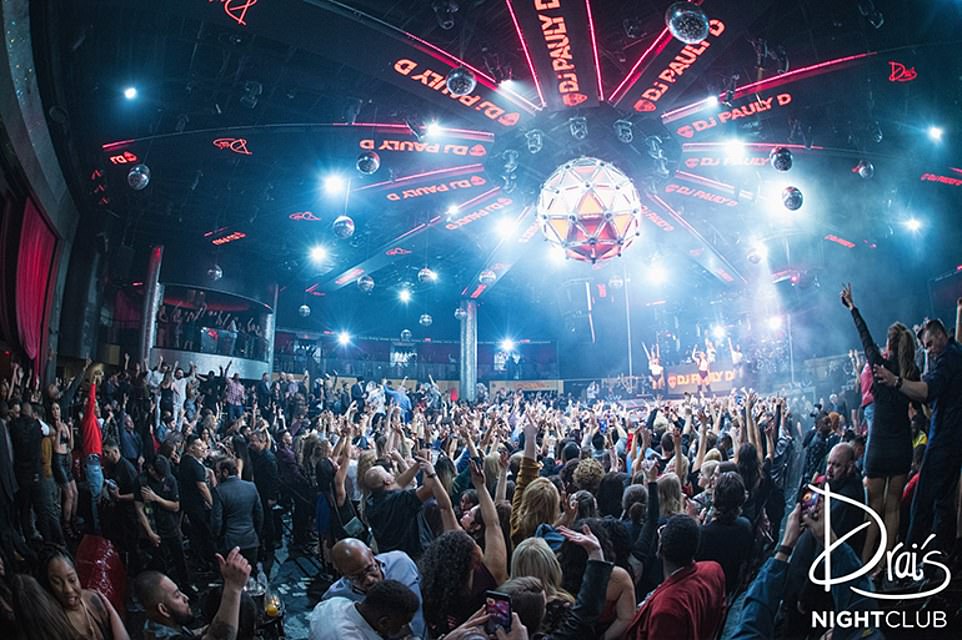 Soon after, he spent $1,200 at a Las Vegas nightclub called Drai’s, which regularly features acts like DJ Pauly D and Trey Songz

In December, Parnas and Fruman were back in Kyiv, where they spent $2,500 at the Hilton International Hotel and racked up the charges at Tootsie.

There were also dozens of cash withdrawals on Parnas’s card — nearly $42,000 last year alone — at banks and ATMs in cities like Kyiv, New York, and Miami.

Parnas and Fruman were arrested on Wednesday on a four-count indictment that includes charges of conspiracy, making false statements to the Federal Election Commission and falsification of records.

The men had key roles in Giuliani’s efforts to launch a Ukrainian corruption investigation against Democratic presidential contender Biden and his son Hunter.

The indictments mark the first criminal charges related to the Ukraine controversy. While they do not suggest wrongdoing by the president, they raise additional questions about how those close to Trump and Giuliani sought to use their influence. 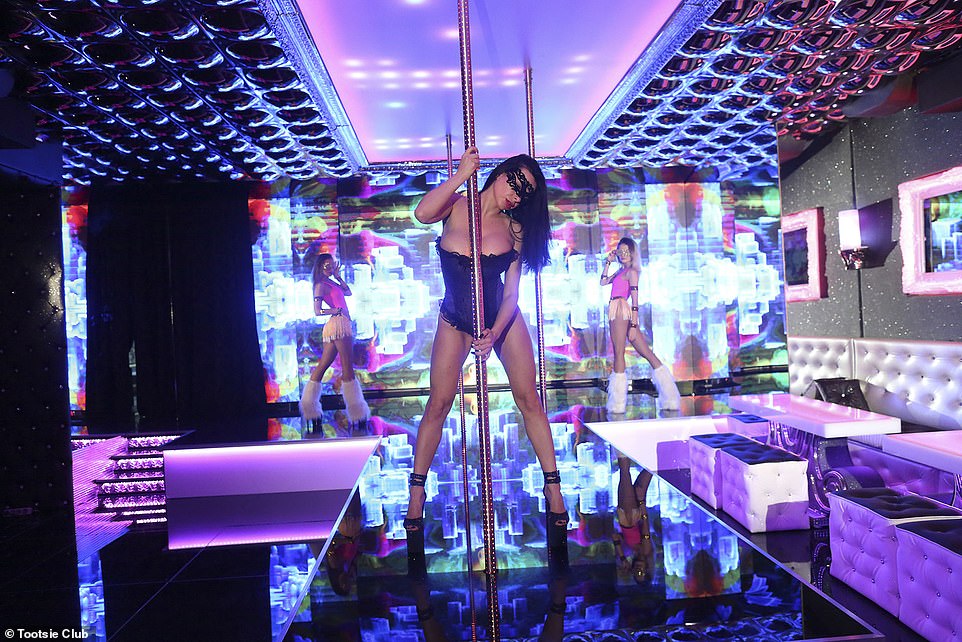 In December 2018, the duo dropped cash at Tootsie (above) the well known Kyiv strip club 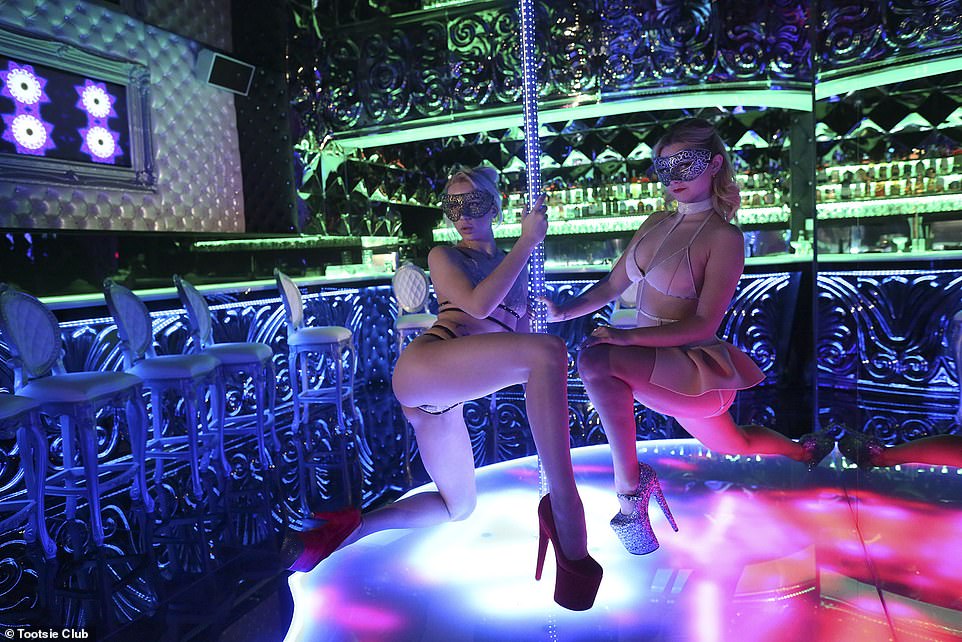 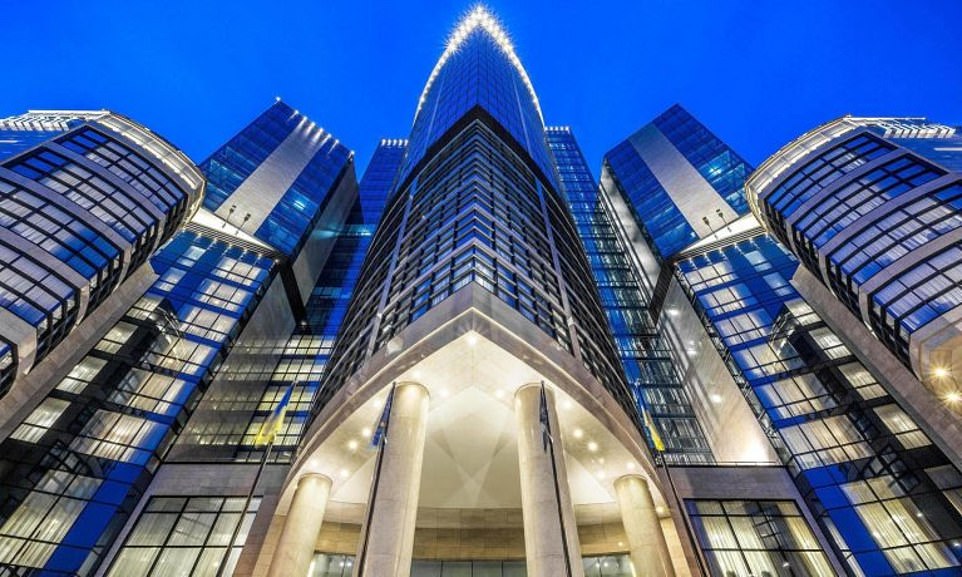 Trump has dismissed the impeachment inquiry as baseless and politically motivated. As he was leaving the White House for a political rally in Minneapolis, Trump said he didn’t know Parnas or Fruman and hadn’t spoken with Giuliani about them.

‘We have nothing to do with it,’ Trump said.

Giuliani said he couldn’t comment and that he didn’t represent the men in campaign finance matters.

The big donation to the Trump-allied PAC was part of a flurry of political spending tied to Parnas and Fruman, with at least $478,000 in donations flowing to GOP campaigns and PACs in little more than two months.

The money enabled the relatively unknown entrepreneurs to quickly gain access to the highest levels of the Republican Party, including meetings with Trump at the White House and Mar-a-Lago in Florida. 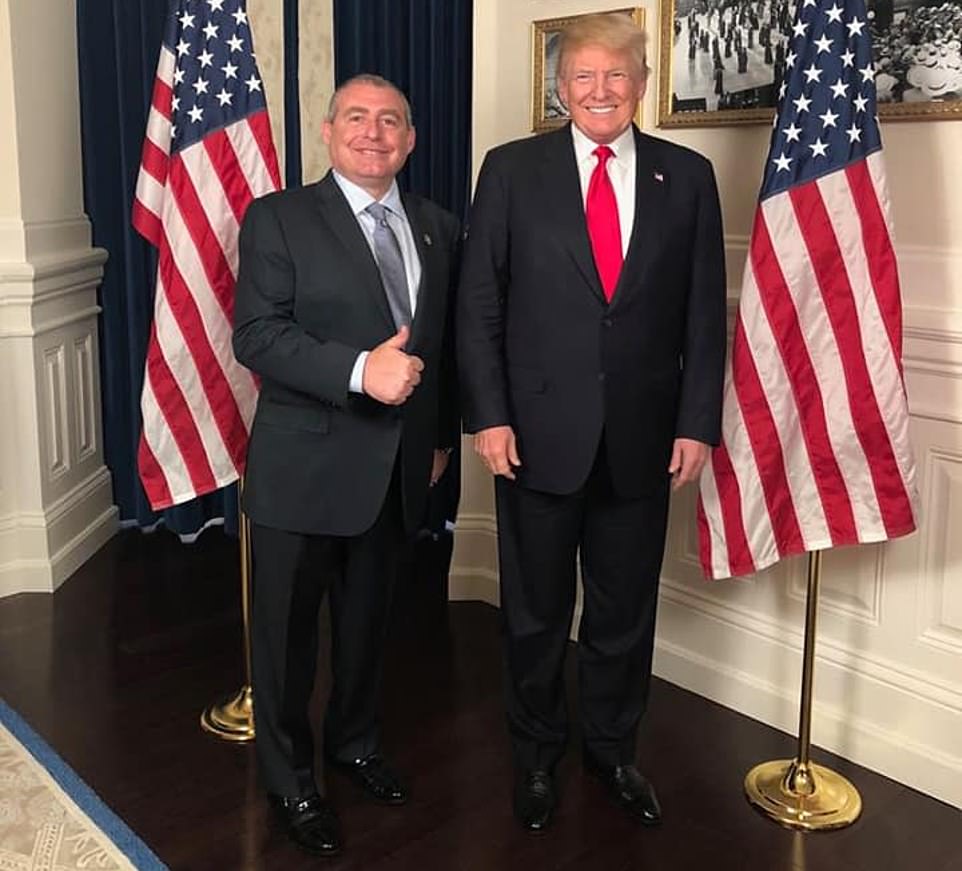 The big donation to the Trump-allied PAC enabled the relatively unknown entrepreneurs to quickly gain meetings with Trump at the White House and Mar-a-Lago in Florida. Parnas is seen meeting with Trump in July 2018 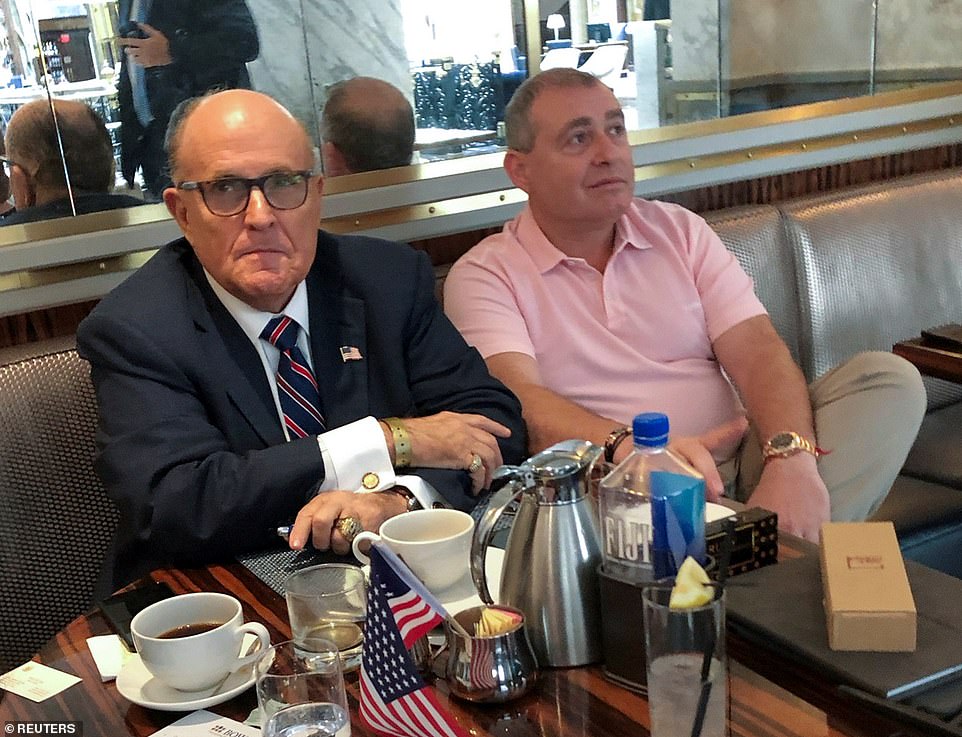 Rudy Giuliani has coffee with Lev Parnas at the Trump International Hotel in Washington on September 20, 2019

Prosecutors allege that Parnas urged a congressman to seek the ouster of the U.S. ambassador to Ukraine, at the behest of Ukrainian government officials. That happened about the same time that Parnas and Fruman committed to raising more than $20,000 for the politician.

The congressman wasn’t identified in court papers, but the donations match campaign finance reports for former Rep. Pete Sessions, a Texas Republican who lost his re-election bid in November.

In May 2018, Parnas posted a photo of himself and his business partner David Correia with Sessions in his Capitol Hill office, with the caption ‘Hard at work!!’

Parnas and Fruman appeared in court Thursday and were ordered to remain jailed as a bail package was worked out.

They are due in court in New York next week. Kevin Downing, the lawyer who represented former Trump campaign chairman Paul Manafort on charges that he hid millions of dollars that he earned in Ukraine advising politicians there, was representing the men for their initial appearance and declined to comment.

Correia and Andrey Kukushkin, a Ukrainian-born U.S. citizen, were also charged in the case. A federal judge in San Francisco ordered Kukushkin held on Thursday pending a bail hearing to determine whether he is considered a flight risk.

Parnas and Fruman were arrested as they attempted to get on a flight to Frankfurt, Germany, according to a person familiar with the investigation. U.S. authorities are looking at whether that was a first stop en route to Ukraine, said the person, who wasn’t authorized to discuss the probe and spoke on condition of anonymity.

Attorney General William Barr had been briefed on the investigation soon after he was confirmed in February, was updated in recent weeks and was made aware Wednesday night that the men were being arrested, a person familiar with the matter told The Associated Press. The person spoke on condition of anonymity to discuss an ongoing investigation. 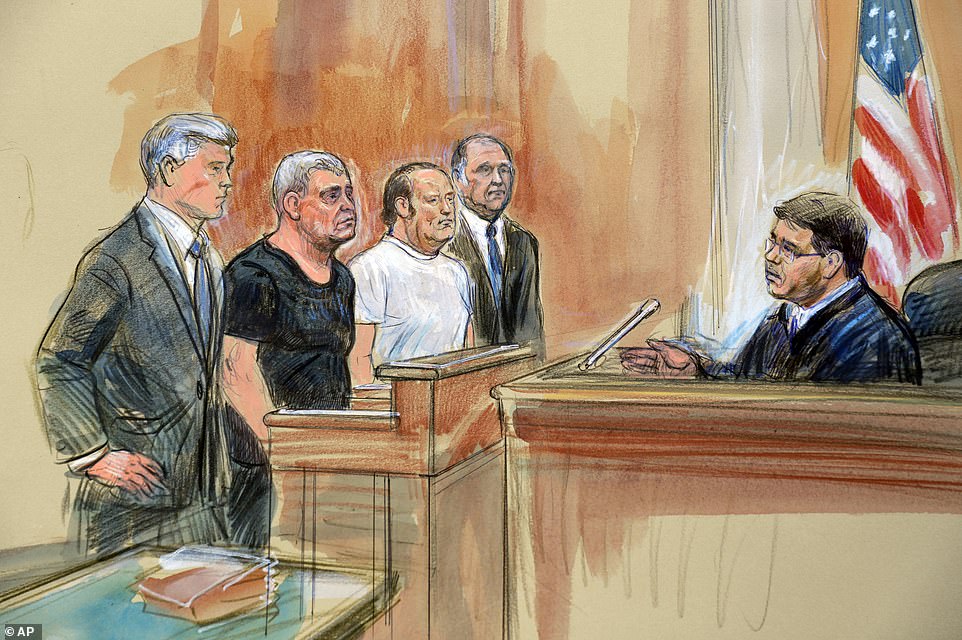 Flight risk: U.S. Judge Michael Nachmanoff ordered Lev Parnas and Igor Fruman to post $1 million each in bail, surrender their passports and be subject to home detention, among other conditions, before they can be released from jail

The indictment says Parnas and Fruman ‘sought to advance their personal financial interests and the political interests of at least one Ukrainian government official with whom they were working’ and took steps to conceal it from third parties, including creditors. They created a limited liability corporation, Global Energy Producers, and ‘intentionally caused certain large contributions to be reported in the name of GEP instead of in their own names.’

Prosecutors charge that the two men falsely claimed the contributions came from GEP, which was described as a liquefied natural gas business. At that point, the company had no income or significant assets, the indictment said.

Prosecutors allege that Parnas and Fruman conspired to make illegal contributions to try to skirt the limit on federal campaign contributions. The men are also accused of making contributions to candidates for state and federal office, joint fundraising committees and independent expenditure committees in the names of other people.

The commitment to raise more than $20,000 for the congressman was made in May and June 2018. The lawmaker had also received about $3 million in independent expenditures from a super political action committee that Parnas and Fruman had been funding.

As a result of the donations, Parnas and Fruman had meetings with the congressman and Parnas lobbied him to advocate for removing the ambassador to Ukraine, Berman said.

Trump referred to Ambassador Marie Yovanovitch, who was indeed recalled to the U.S., as ‘bad news’ in his July phone call with Ukrainian President Volodymyr Zelenskiy.

Sessions said in a statement tweeted by a spokesman that he ‘could not have had any knowledge of the scheme described in the indictment.’ Sessions wasn’t asked to take any action during the meetings with Parnas and Fruman and wrote a letter to the secretary of state about Yovanovitch after colleagues in Congress said she was ‘disparaging’ the president, he said.

The indictment also charges that Kukushkin conspired with the three other defendants to make political contributions, funded by a foreign national, to politicians seeking state and federal office ‘to gain influence with candidates as to policies that would benefit a future business venture.’

An unnamed foreigner wired $500,000 from a bank account overseas through New York to the defendants for contributions to two candidates for state office in Nevada, the indictment alleges. Foreigners are not permitted to contribute to U.S. elections.

The indictment accuses the four men of also participating in a scheme to acquire retail marijuana licenses through donations to local and federal politicians in New York, Nevada and other states.

America First Action said the $325,000 contribution will remain in a separate account while the court cases play out. A spokeswoman, Kelly Sadler, said the committee will ‘scrupulously comply with the law.’

The AP reported last week that Parnas and Fruman helped arrange a January meeting in New York between Ukraine’s former top prosecutor, Yuri Lutsenko, and Giuliani, as well as other meetings with top government officials.

Giuliani’s efforts to launch a Ukrainian corruption investigation were echoed by Trump in the July 25 call with Zelenskiy. That conversation is now at the heart of the impeachment inquiry .

House Democrats subpoenaed Parnas and Fruman on Thursday for documents they have refused to produce to three House committees. The panels have also subpoenaed Giuliani.

A whistleblower complaint by an unnamed intelligence official makes reference to ‘associates’ of Giuliani in Ukraine who were attempting to make contact with Zelenskiy’s team, though it’s not clear that refers to Parnas and Fruman.

Maryland shooting: Female shooter kills three at Rite Aid warehouse
Republicans to keep a Senate MAJORITY as red state Democrats Joe Donnelly and Heidi Heitkamp fall
Trump and Putin MISS exact moment bells sound to commemorate Armistice Day
Could we end HIV by 2030? Trump is set to announce ambitious plan during SOTU
US government looking to develop AI that can track people across surveillance network
Ohio sheriff's deputy speaks out after an IRS office security guard pulled a gun on him
Florida man accidentally shot dead son-in-law who jumped out of bush to surprise him
New York man, 49, loses his mother and brother to coronavirus in 24 hours