When President announced the U.S. southern border wall would be ‘impenetrable’, he didn’t expect for eight-year-old girl from South Carolina to prove him wrong.

Last month in San Diego, Trump announced his for the border wall could result in a barrier spanning over 400 miles and reaching up to 30 feet high.

On an 18-foot tall replica in Kentucky, Lucy Hancock proved the President wrong – in under one minute. 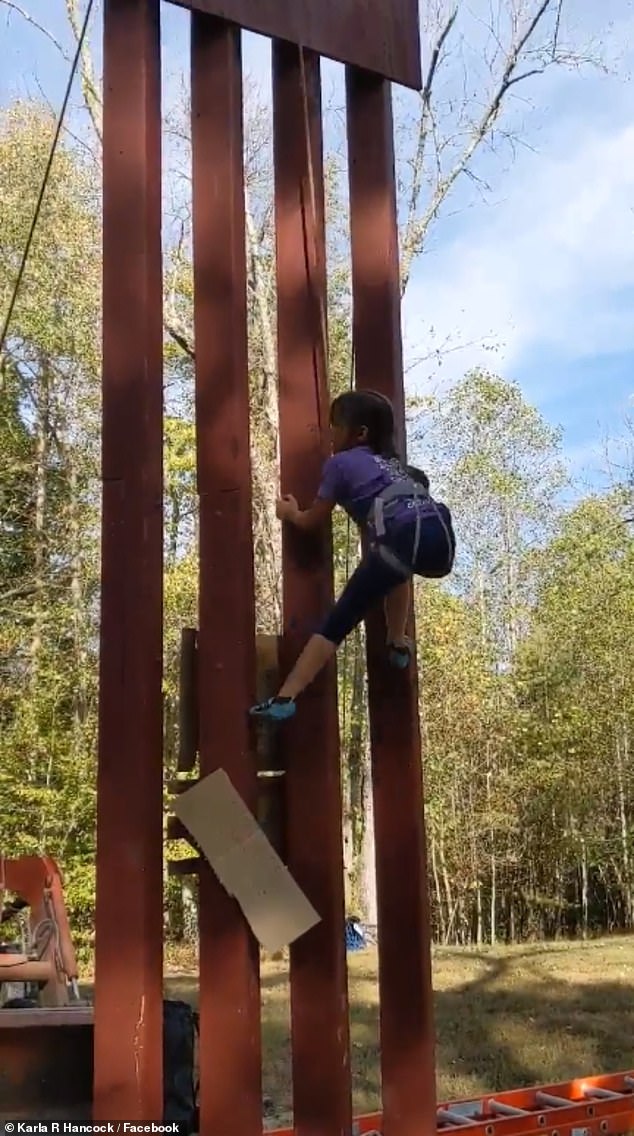 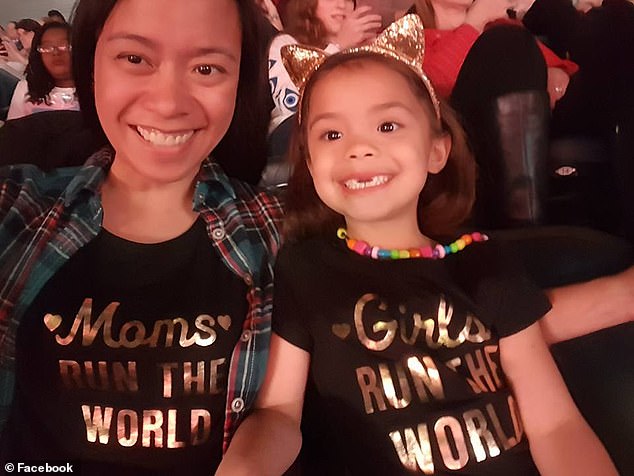 In the video posted by Lucy’s mother, Karla, the young girl is seen climbing from the base of the 18-foot high replica and swiftly climbing towards the top. She is pictured above with her mom

In the video posted by Lucy’s mother, Karla, the young girl is seen climbing from the base of the 18-foot high replica and swiftly climbing towards the top.

Wearing only a belay, a safety tool used to catch a falling climber, Hancock scales the massive structure all on her own.

She uses her hands to tug herself upwards while her feet remain steady against the beams. 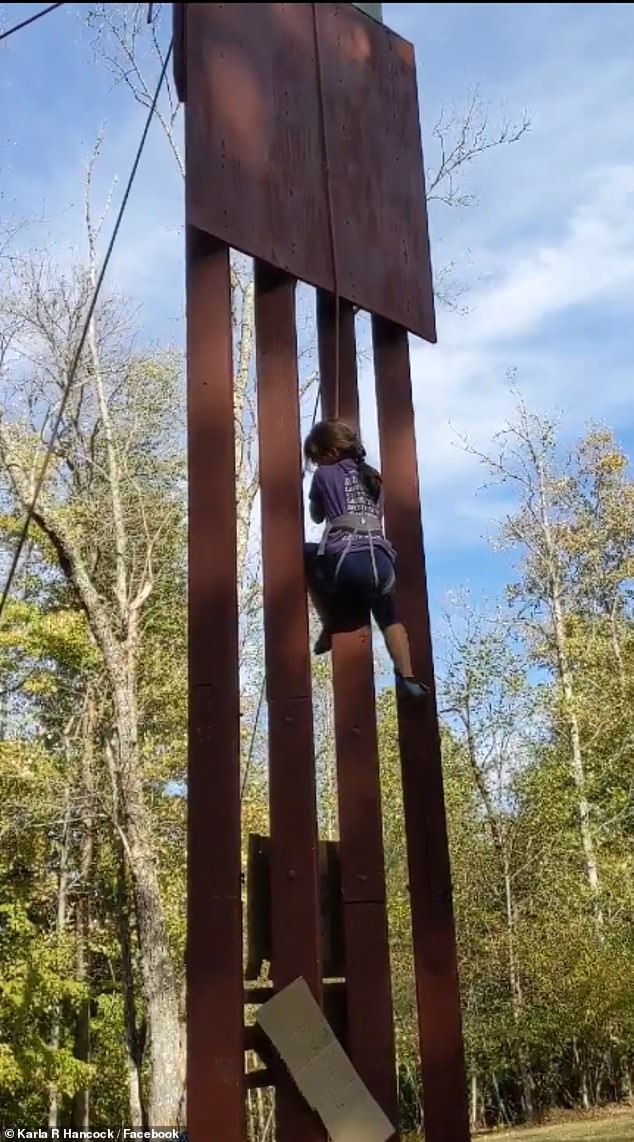 Karla said: ‘Remember that border wall replica built by for a competition next weekend in the Red River Gorge?’

‘We were able to help perform preliminary testing of the belay system this weekend. Lucy declared it an easy 5.7 with a tough dyno finish.’ 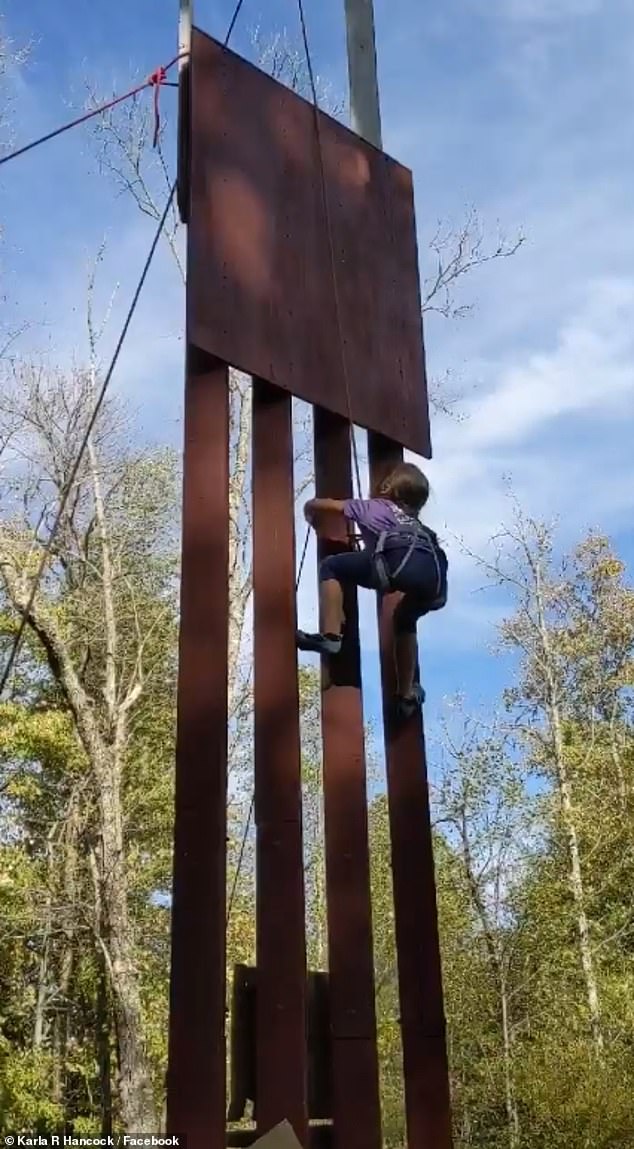 Karla Hancock, Lucy’s mother, said her daughter was climbing the replica in Kentucky for a preliminary testing session before a competition 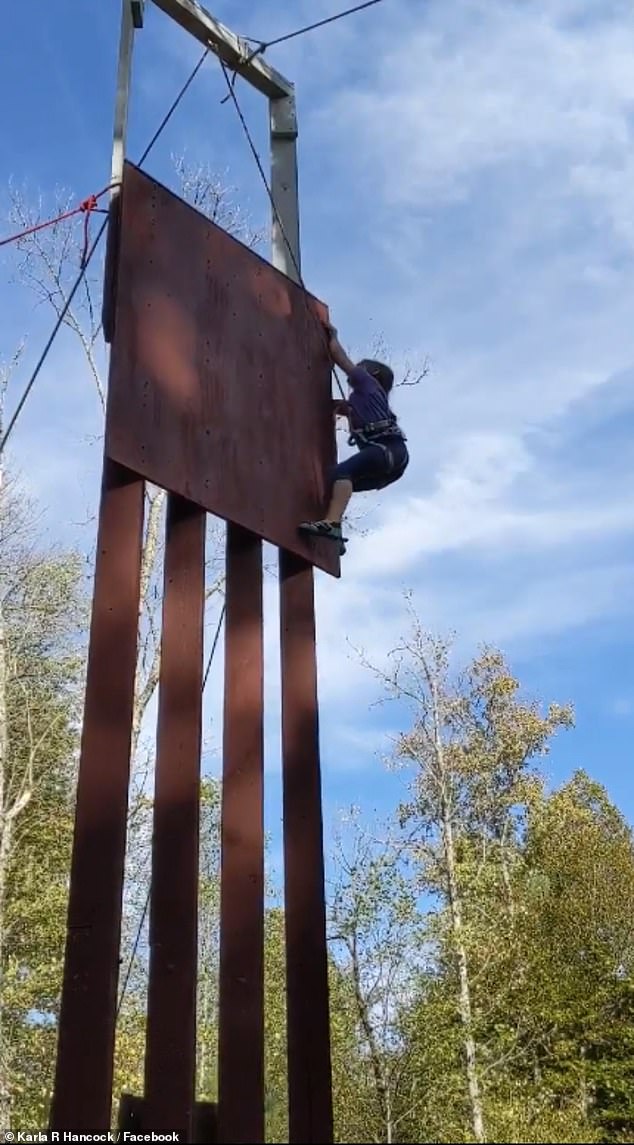 Lucy (pictured) reportedly called the wall ‘an easy 5.7’ and finished the climb with a ‘tough dyno finish’ 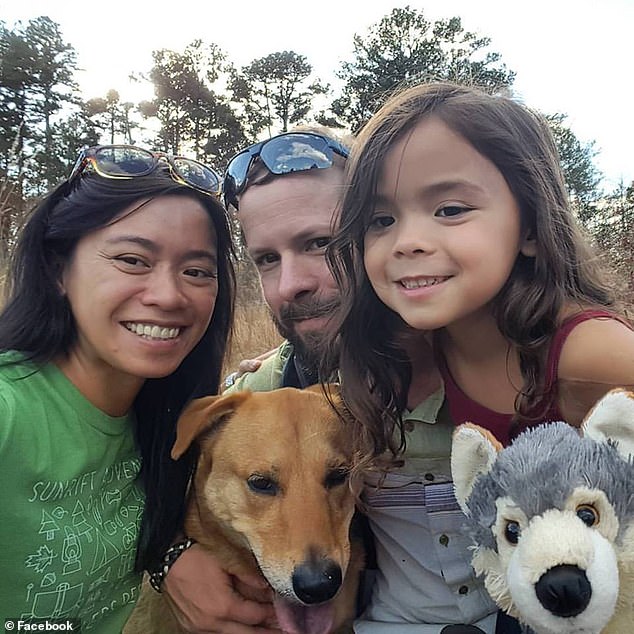 One woman said: ‘I think Lucy could climb anything she put her mind do.’

Rick Weber, co-founder of Muir Valley rock climbing park in Rogers, built the replica after hearing Trump’ s statement and took it as a challenge. 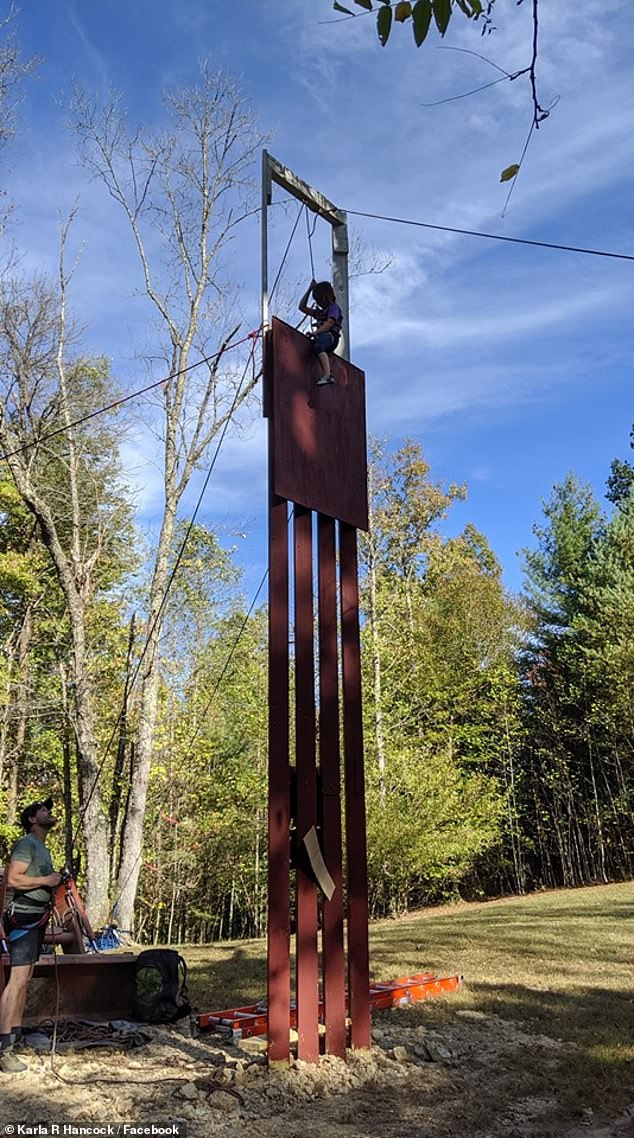 The wall was built by Rick Weber, co-founder of Muir Valley, after he heard Trump say the dimensions of the border wall were ‘impenetrable’

He built a replica of the wall using the wall’s official dimensions and recent photos of the structure to create his own version for ‘Rocktoberfest’, a rock climbing festival in Kentucky.

According to Weber, one man scaled the replica wall in 40 seconds and the group of climbers are confused by Trump’s claims that 20 mountain climbers said the wall was difficult.

‘We were all very puzzled because none of us in the climbing community had heard of these 20 people that had supposedly tried this wall,’ Weber said.