Megan Barton Hanson certainly turned heads as she arrived at the Boisdale 2019 Music Awards in Canary Wharf on Thursday night.

The star, 25, put on a daring display as she slipped into a red leopard print suit, which exposed her racy black bra underneath.

Hours earlier, Megan had taken to Instagram to show off her new hairdo after ditching her blunt bob in favour of longer locks. 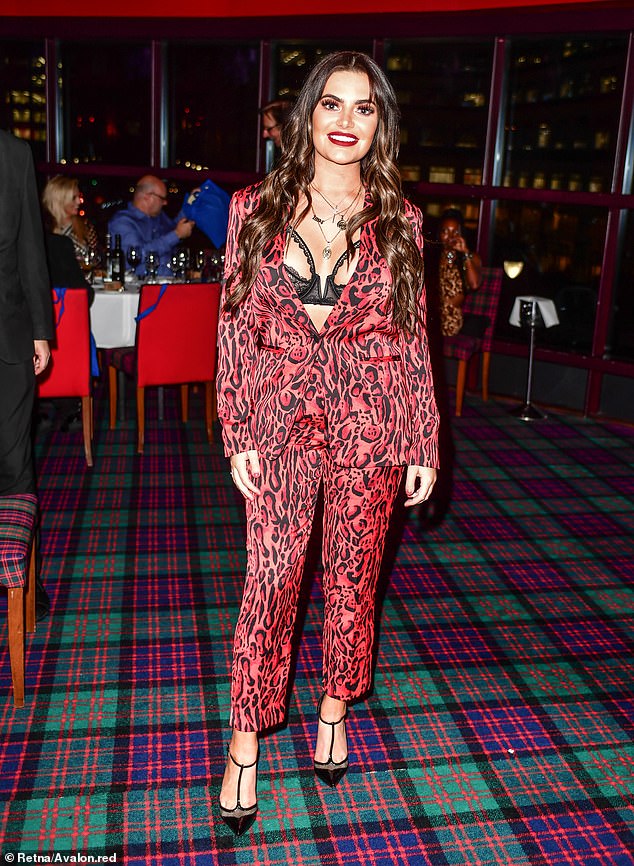 Walk on the wild side: Megan Barton Hanson certainly caught the eye as she arrived at the Boisdale 2019 Music Awards in Canary Wharf on Thursday night

Opting to use her underwear as outerwear, Megan flaunted her surgically-enhanced cleavage in the cut out bra, while the single breasted blazer nipped her in at the waist.

The reality star teamed the bold suit with pointed black heels and amped up the drama with a bold red lipstick.

Earlier in the day, Megan unveiled her glamorous new hairdo in a racy Instagram snap. 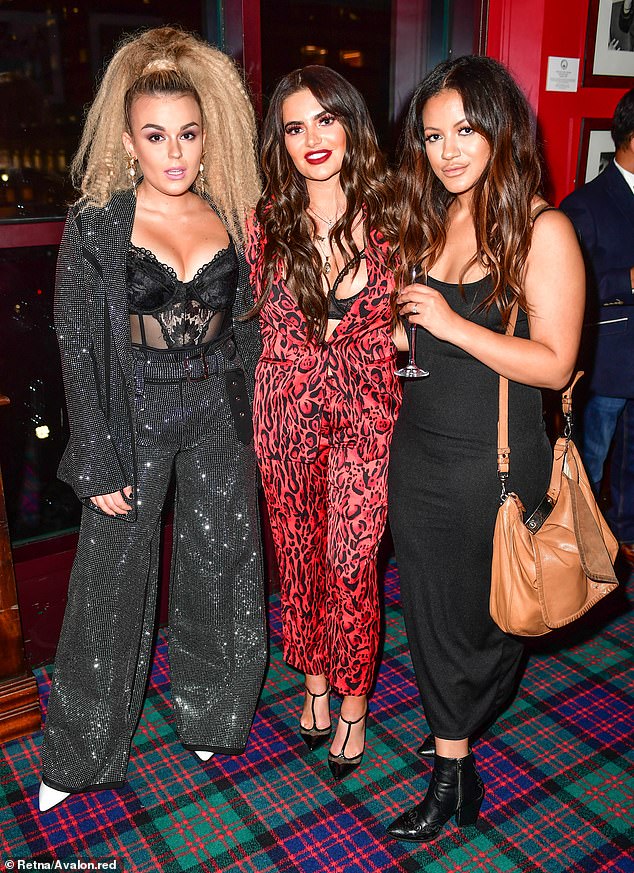 Girls night out: Posing with Tallia Storm (L) and a pal, the Love Island star, 25, put on a daring display as she slipped into a red leopard print suit, which exposed her black bra underneath 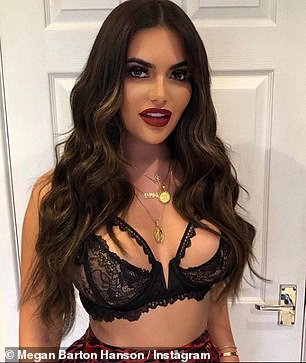 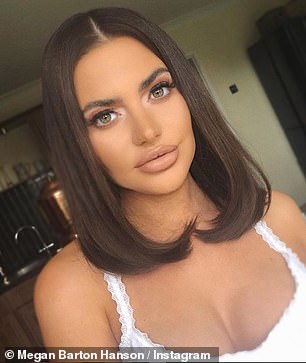 New look: Hours earlier, Megan had taken to Instagram to show off her new hairdo after ditching her blunt bob (right)  in favour of longer locks (left)

The Love Island star ditched her blunt bob in favour of longer extensions, which were perfectly curled down to her naval.

Megan’s new glossy brunette hair, which had subtle caramel highlights,cascaded over her shoulders in loose waves.

The brunette bombshell’s night on the town comes after she spilled all about her new relationship with singer Chelcee Grimes. 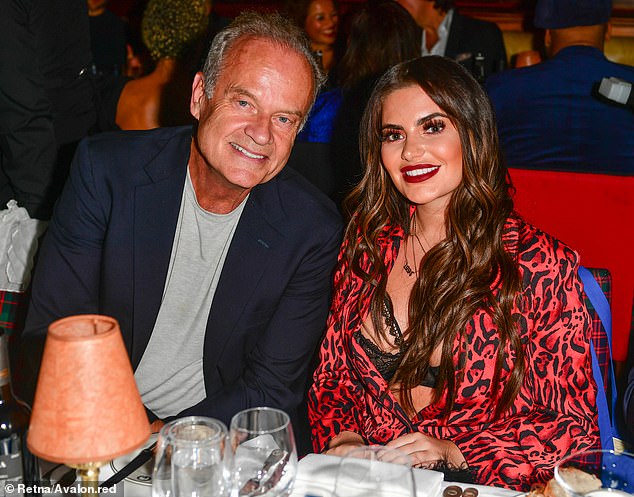 Star-struck: Megan sat next to Kelsey Grammar during the award ceremony 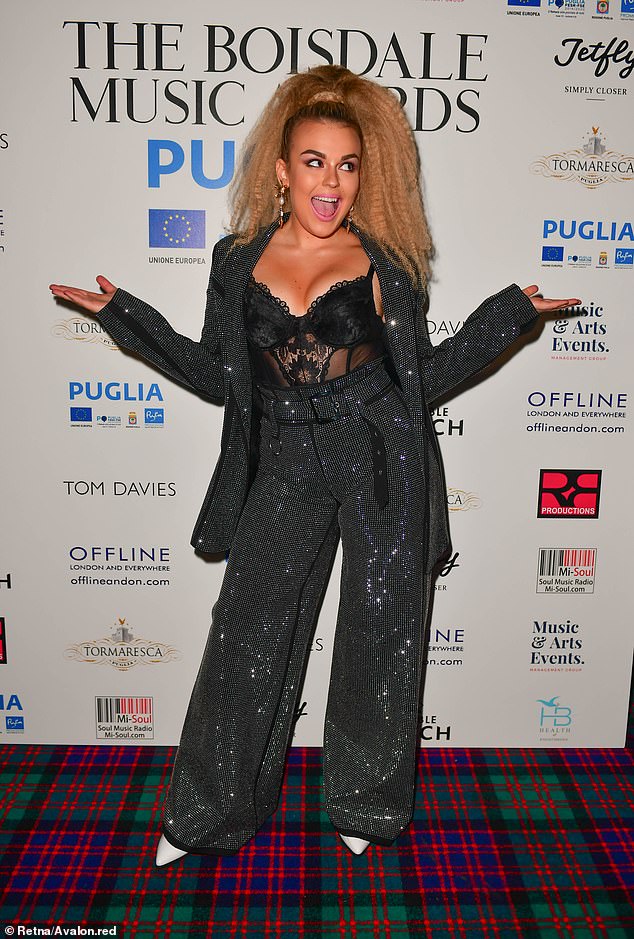 All eyes on her: Tallia Storm put on a dazzling display in a glittering black sequin suit and black bustier 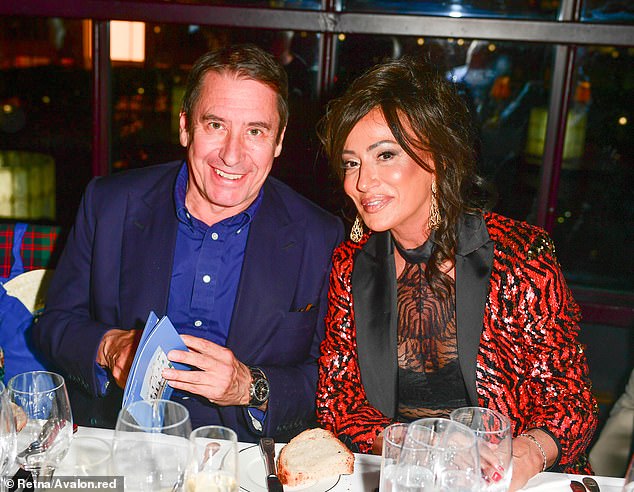 Megan admitted their relationship got off to an inauspicious start after ex Demi Sims discovered they had exchanged messages on social media while they were still dating.

Speaking to , the reality star claimed Demi – who she briefly romanced while filming Celebs Go Dating – confronted her after realizing she was in contact with Chelcee.

‘After the Celebs Go Dating finale party, Chelcee slid into my DMs,’ she explained. ‘She said I seemed really nice and wanted to take me out, but I told her I was seeing someone. I’m such a loyal person and didn’t ever want to put Demi in that situation.

‘Demi clocked that I was following Chelcee on Instagram and went mad. I showed her the messages and she just kicked off about them, so we drew a line under it. About a week later, I started seeing Chelcee.’

The new relationship appears to be a fresh start for Megan, who admits she had ‘no sexual chemistry’ with The Only Way Is Essex star during their time together. 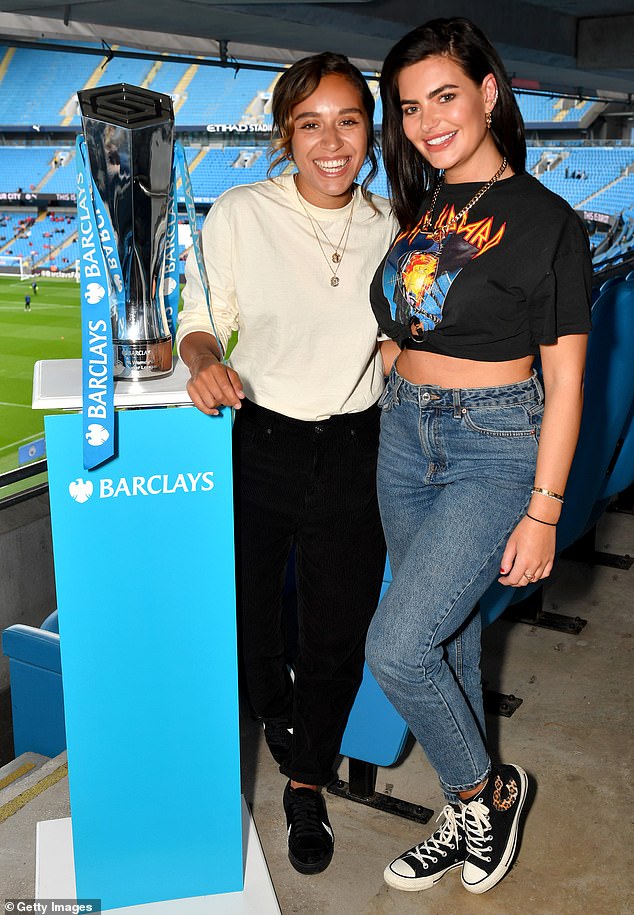 Moving on: Megan is currently in the early stages of a new romance with singer Chelcee (pictured last month)

Freida Pinto reps her Indian roots in traditional sari to receive award at Asian World Film Festival
Robin Thicke looks like a charmer ahead of performance at The Cosmopolitan in Las Vegas
Lauren Goodger parades her jaw-dropping curves in a risqué black sheer catsuit
The Bachelor's Helena Sauzier flaunts her svelte figure and trim pins in a snakeskin outfit
Meet Anna Kournikova and Enrique Iglesias' baby! Dad shares shot of newborn daughter on Instagram
Kim Zolciak claps back at claims her 'photoshopping is out of control' after posting swimsuit snap
Love Island's Francesca Allen shows off her flawless figure
Strictly's female pros 'battling to be part of the first same-sex pairing with boxer Nicola Adams'