A photograph taken from the top of Uluru shows hundreds of people queuing to summit the famous rock before a ban comes in later this month.

The picture, taken by a Japanese tour guide, shows a crowd of adults and kids pulling themselves up from the base using a metal chain.

Thousands of people are rushing to climb Uluru before the practice it is banned on October 26.

In August, 20,000 more tourists flocked to the site than during the same month last year. 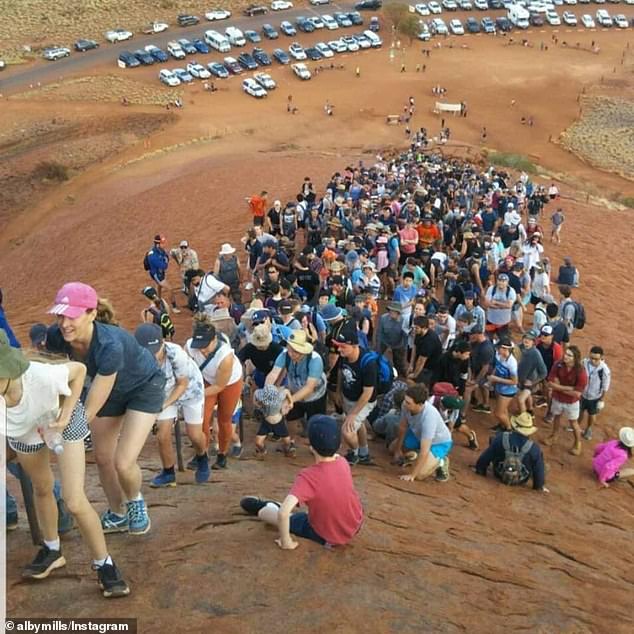 It was decided in November 2017 that climbing Uluru, considered a sacred site by the local Anangu people, would be banned from October 26, 2019.

Uluru-Kata Tjuta National Park’s board of management, made up of a majority of Aboriginal traditional owners, unanimously decided to close the climb.

Traditional owner and board chairman Sammy Wilson said on behalf of the Anangu people it was time to do so. 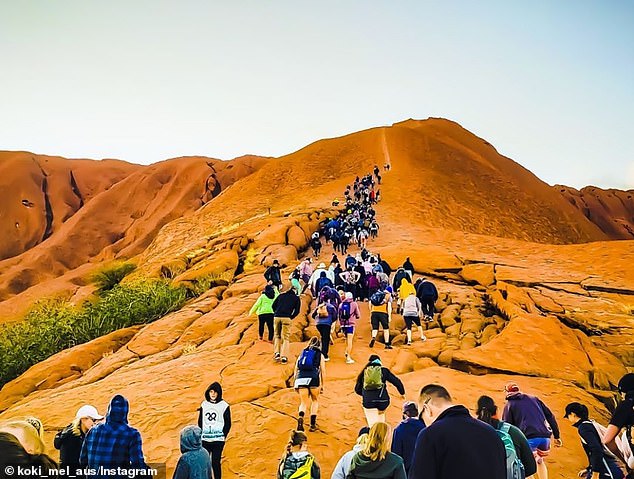 ‘We’ve talked about it for so long and now we’re able to close the climb,’ Mr Wilson said. ‘It’s about protection through combining two systems, the government and Anangu.

‘This decision is for both Anangu and non-Anangu together to feel proud about; to realise, of course it’s the right thing to close it.

‘The land has law and culture. We welcome tourists here. Closing the climb is not something to feel upset about but a cause for celebration. Let’s come together, let’s close it together.

‘If I travel to another country and there is a sacred site, an area of restricted access, I don’t enter or climb it, I respect it. It is the same here for Anangu. We welcome tourists here. We are not stopping tourism, just this activity.’

Since July thousands of tourists have been making the pilgrimage to central Australia. 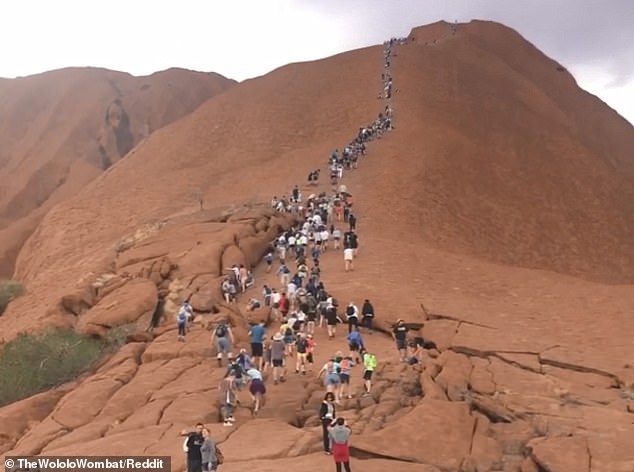 In August, 20,000 more tourists flocked to the site than during the same month last year