The ex- player and wife Coleen, who are currently locked in a row with neighbours over their luxury Cheshire manor, had been putting the finishing touches to their dream home when disaster struck.

Torrential downpours brought by Storm Lorenzo flooded their basement, causing a ‘massively stressful’ setback in the completion of the sprawling three-storey mansion. 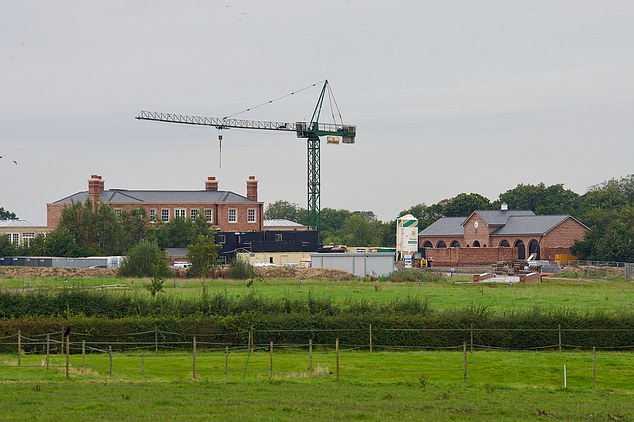 The ex-Premier League player and wife Coleen, who are currently locked in a row with neighbours over their luxury Cheshire home, had been putting the finishing touches to their dream home when disaster struck

A source told : ‘The house is Wayne and Coleen’s dream, so to see it being damaged has been horrible for them.

‘She was called in to find the cellar had been flooded. It was really upsetting.

‘Coleen knows it’s a problem that can be fixed but it’s still been massively stressful.’

MailOnline has contacted Wayne and Coleen Rooney’s representatives for comment.

Meanwhile, the Rooney family are in a dispute over the new home, with residents in the village near Knutsford comparing it to a large supermarket, dubbing it the ‘Morrison’s Mansion’.

The sportsman is set to move into the six-bed mansion later this month alongside his four children, but locals have also said the manor is was bigger than expected when it was first revealed. 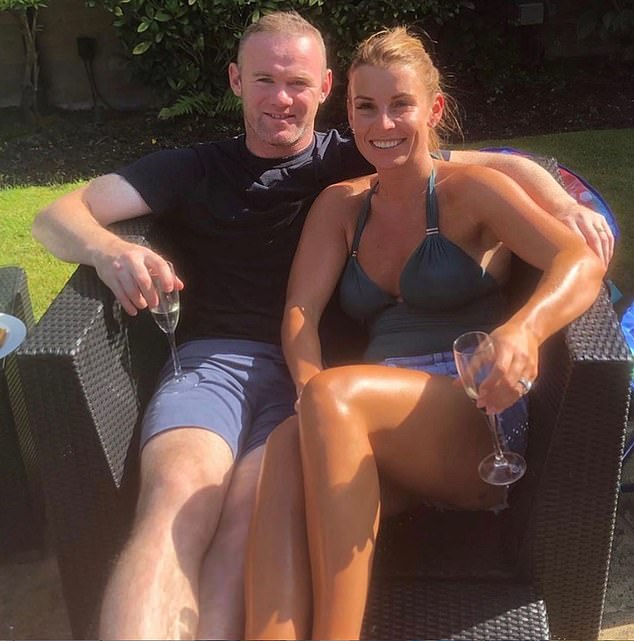 Locals are also opposed to supplementary plans to build a large shed to store a tractor and hay bales.

The property will boast an orangery, bar, TV room, snooker room, cinema and wine cellar, as well as a huge indoor swimming pool surrounded by a glass pavilion, a hot tub, steam room and ‘his’ and ‘hers’ changing rooms.

It also has a ‘guest toilet’ and separate lifts – one for the family, the other for visitors to avoid the social faux pas of using the couple’s own downstairs loo.

The couple are due to live in the sprawling home after moving back to the UK following his short stint playing for DC United in Washington, with the striker set to return to British football with Derby County in January.

The footballer was caught up in several controversies while in the States, including being charged with intoxication and profanity in public in December. 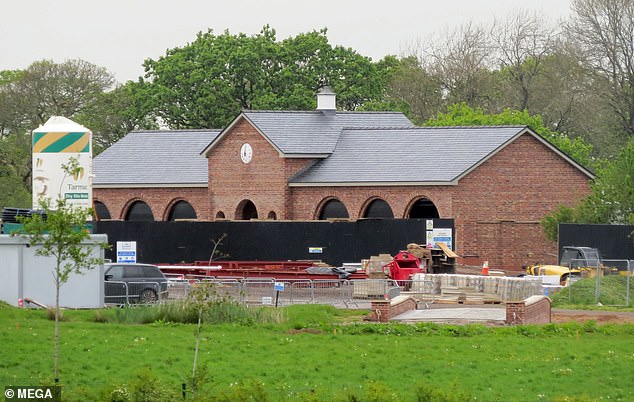 People who live in the small village near Knutsford have now said the home, which had previously been described as looking like a Morrisons supermarket (shown is the stables building), was bigger than expected when it was first revealed

In August, he was spotted in a hotel lobby with a mystery woman after seven hours of partying in Vancouver, Canada, with a source telling The Sun that Coleen had ‘read him the riot act’. He claimed the woman was simply a fan asking for an autograph and photo.

It emerged three months ago the hunk paid more than £4million to a Cheshire property developer to build his mansion.

Speaking about his new home, one neighbour said: ‘The development is very nearly complete but it’s a sore thumb on the landscape.

‘It’s been a surprise to the local village that Rooney was moving here in the first place and many didn’t know what to think, especially as the land deal was kept quiet.’ 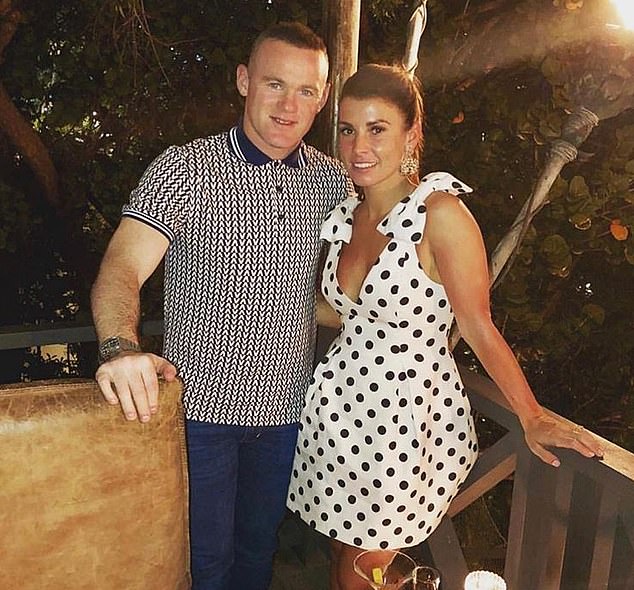 The nearby resident added: ‘The house which is taking shape wasn’t what many people expected and is not in keeping with the local built environment.

‘Some of us are concerned when the Rooney’s move into the property they may completely change the atmosphere of this tranquil village.’

The media personality is also currently locked in a battle over plans to build the agricultural outbuilding, which led to suggestions he was set to become a farmer when he hangs up his boots.

Wayne’s planning agents said in the application: ‘The proposed building is to provide shelter and security to machinery and equipment related to the upkeep of the agricultural land.

‘It will also provide dry storage for hay. The proposed building will be used for storage of farm maintenance such as a tractor and also as a hay store when required.’