Getting a pay raise may protect you against heart disease and strokes, a new study suggests.

Researchers found that those whose salary increased were almost 15 percent less likely to suffer heart failure over the next 25 years.

But the risk of strokes and heart attacks rose by nearly 20 percent for men and women whose household income dropped.

The team, from Brigham and Women’s Hospital and Harvard Medical School, says its findings could lead to doctors paying more attention to patients’ financial circumstances during cardiology check-ups. 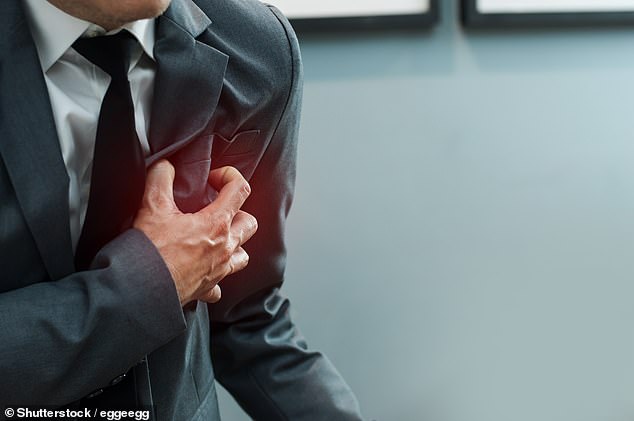 Previous research has found that having a higher income is linked with a lower risk of suffering from cardiovascular disease.

However, few studies have examined the association between changes in salary and heart disease.

‘We like to think that people with an increased income will go to the gym or eat more healthy, but they could spend it on cigarettes or alcohol,’ first author Stephen Wang, a student at the Geisel School of Medicine at Dartmouth, told DailyMail.com

For the study, published in JAMA Cardiology, the team recruited nearly 9,000 participants from four areas of the US and tracked them for an average of 17 years.

The adults, who ranged between 45 and 64 years old, were divided into three groups based on whether their income went up or fell by at least 50 percent, or remained steady, over six years.

Researchers found that those whose salary rose lowered their risk of cardiovascular disease by 14 percent.

This is mainly because of a lower risk of heart failure, according to Dr Solomon.

But participants whose income dropped had a 17 percent higher risk of cardiovascular disease.

That’s because these adults were at a greater risk of suffering a heart attack or a stroke.

An income drop may also trigger bad diets, such as eating more cheap, processed foods laden with fat and sugar.

It could also lead to stress and anxiety, which, in turn, are linked to smoking and drinking.

‘Lastly, lower incomes may be associated with depression, which increases the risk of coronary artery disease,’ Dr Solomon said.

‘Conversely, a boost in income could increase the psychological motivation to invest for the future, including the adoption of health maintenance behaviors.’

The team says one of the limitations of its study is that participants who developed health issues may have been more likely to experience a salary cut.