Simone Biles is on her way to becoming the most decorated woman in gymnastics as she has now won 21 world medals.

Led by Biles’ score of 172.330 –  5.801 points more than second-placed – the United States women’s team cruised to their fifth title on Tuesday at the gymnastics world championships in and seventh consecutive at an Olympics or world championships.

‘I guess it’s kind of crazy,’ said Biles, who collected a record-extending 15th gold medal at the worlds. ‘I feel like I haven’t gotten the chance to process it yet.

‘But I think we’ll do some celebrating tonight, for all of it. For the team, for the medal count, for the fifth year in a row.’ 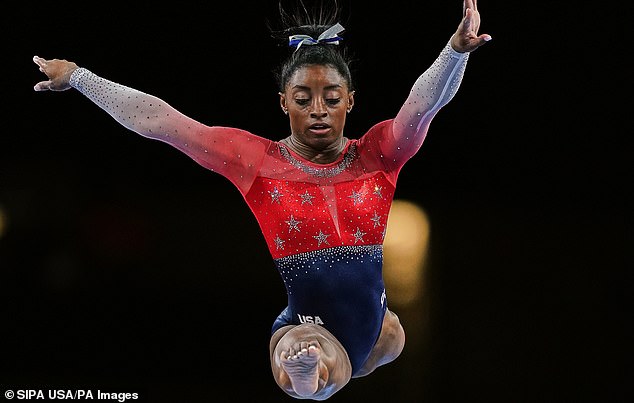 Simone Biles led the team with a score of 172.330 Tuesday and is on her way to becoming the most decorated woman in gymnastics as she has now won 21 medals 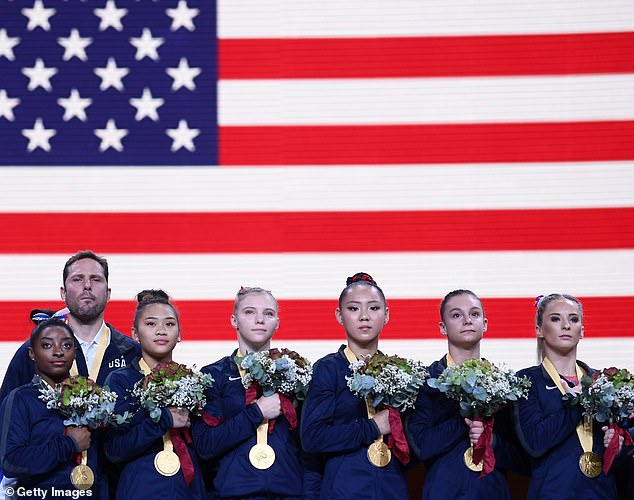 Italy took the third spot for its first world team medal since 1950 with a score of 164.796, while China slipped off the podium for the first time since 2003.

Only Vitaly Scherbo of Belarus has won more world medals with 23, which Biles is expected surpass by the end of the individual events this week.

Biles is likely to break records almost every time she is in action this week but the 22-year-old conceded she still feels the pressure of delivering results on the world stage.

‘Sometimes, I wish I would quit because the other day we walked out there, and I was like, ”I literally hate this feeling. I don’t know why I keep forcing myself to do it,” she told the Olympic Channel.

‘But you know, we love the thrill of it. It reminds me to never give up because, one day, I won’t have the opportunity to get that feeling.’

On Saturday, Biles first landed the triple-double on the floor exercise, which involves a triple-twisting double backflip. Going forward, that move will be called the ‘Biles II.’

Then, while on the balance beam, she performed the double-double tuck – two flips and two twists – while dismounting. That move will be called the ‘Biles.’ 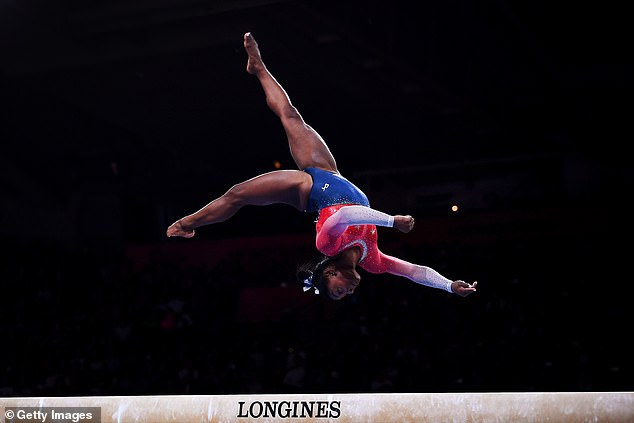 Simone Biles performs on the Balance Beam during the Women’s Team Final on Day 4 of the FIG Artistic Gymnastics World Championships on October 08, 2019 in Stuttgart, Germany 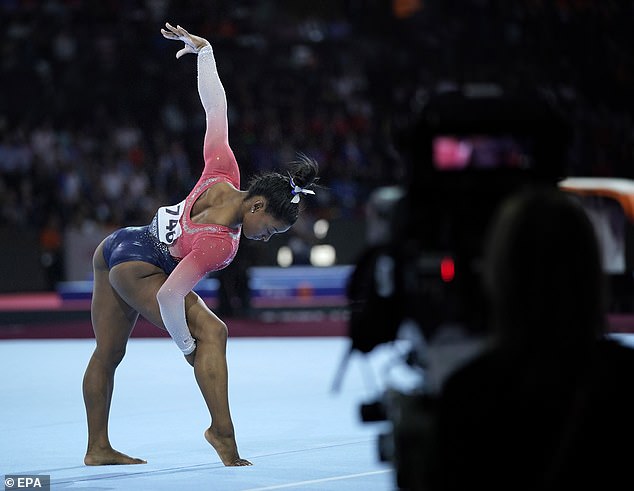 Biles competes in the Floor women’s team Final on Tuesday 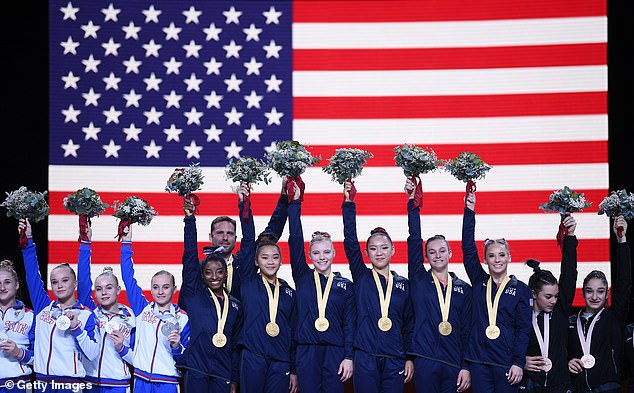 The Americans wasted no time on their path to glory, with Grace McCallum, Jade Carey and Biles landing three solid vaults in a row to give them an early lead.

Sunisa Lee faltered on the beam, just as she did in Saturday’s qualifying round, but Biles continued to showcase clinical execution to post the highest scores on three out of four apparatus.

By the time Biles approached the floor exercises, she needed only a 9.533 to clinch gold.

She wrapped up the contest in style with a triple-twisting double back flip — now known as the Biles II — to finish with 15.333.

It was a much cleaner effort from Biles, who stepped out of bounds to earn a 0.2 penalty in qualifying.

‘It was a little bit nerve wracking, but it was kinda fun,’ Biles added. ‘I stayed in bounds. So I think that was the highlight of the night.’

Italy huffed and puffed into the finals by grabbing the eighth and final qualifying spot but going into the final rotation they were in second place, trailing the U.S. by 2.434.