Police have revealed the 80 tons worth of equipment used by Extinction Rebellion protesters to set up camps in which they have seized.

Scotland Yard officers are clearing any sites outside the pedestrian area of Trafalgar Square after restrictions were put in place to stop disruption in the capital.

Detectives have seized so much equipment – including tents, portable toilets and generators – from the climate activists that it would fill eight ten-ton lorries. 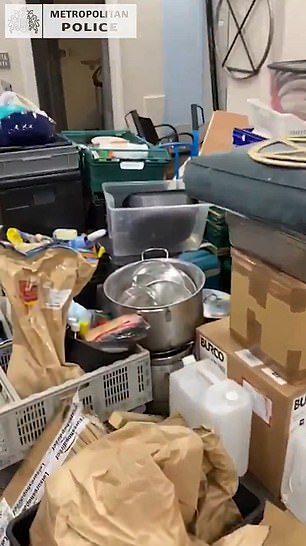 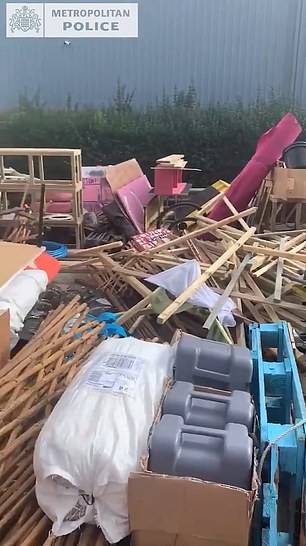 A video released by the force today showed gas cylinders, toilets, a kitchen sink, pieces of wood, boxes, drums, support bars and even an angle grinder.

‘We have cleared 80 tons worth of equipment to date. That’s all in storage, because it’s all evidence of offences, so that’s all being stored at our property stores.’

Two weeks of protest action at perceived inaction on climate change by Extinction Rebellion began on Monday, occupying 12 sites in and around Westminster. 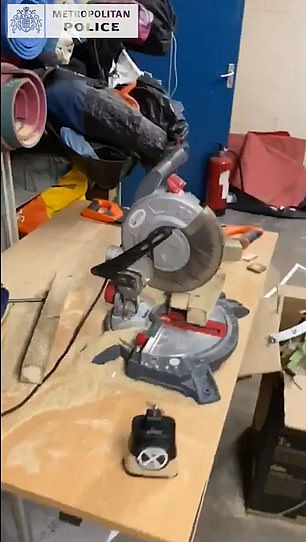 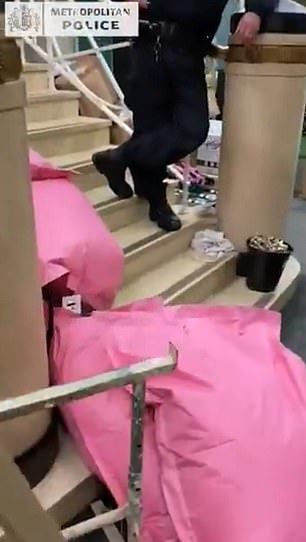 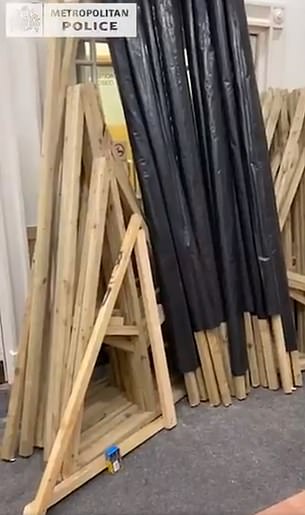 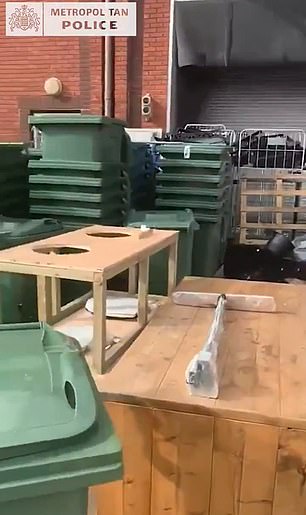 Mr Taylor said six had already been cleared and more than 600 people arrested – more than half the number detained during a similar two-week protest in April.

A police spokesman said: ‘Officers have seized many tons of equipment and structures that protestors had intended to use to cause huge disruption.

‘We carried out proactive operations before the protest began and continue to remove equipment to ensure disruption to London is kept to a minimum.’

Frontline officers across London have been put on a 12-hour shift pattern to allow colleagues to be moved to cover the protests. 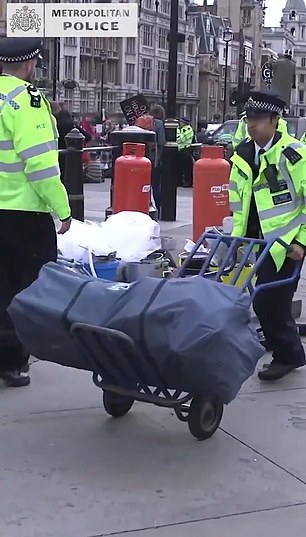 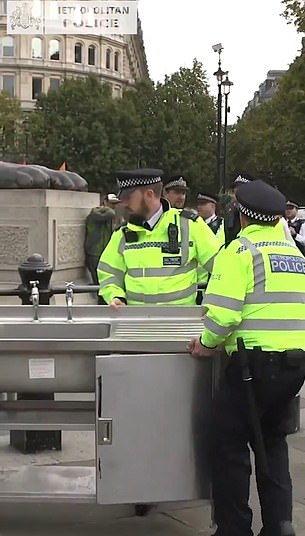 Police seize equipment from the activists in Trafalgar Square, including a kitchen sink (right) 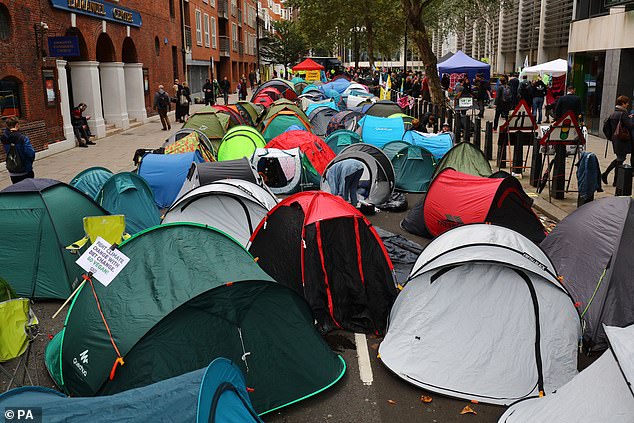 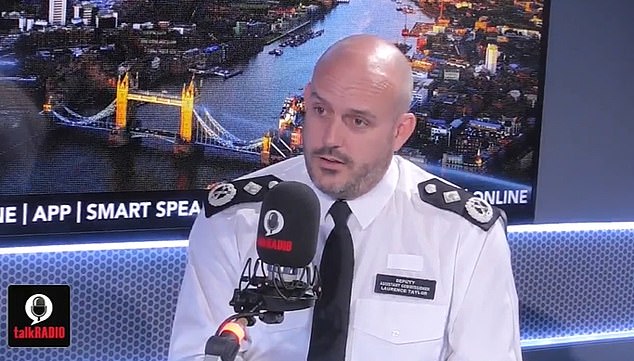 Another 500 officers have been brought in from forces across England and Wales as part of the established mutual aid system for major events.

Mr Taylor added: ‘The Met is a very large organisation. We will cope. But there is no doubt it is having an impact on our policing operation more widely.

‘We’ve recovered eight 10-tonne lorries’ worth of equipment from the protest groups. That is an enormous amount of property that we’ve seized.’

A Scotland Yard spokesman has been asked by MailOnline what will happen to the equipment after it is potential used in evidence.