Ben Stokes’s wife has laughed off claims that the cricketer angrily grabbed her face at a cricket awards night  last week – saying it is how the couple show affection and they were simply ‘joking’.

star was seen with his hand in wife Clare Stokes’s face at the Professional Cricketers’ Association Awards Anniversary party in last Wednesday.

It was reported earlier today that the cricket ‘grabbed’ his wife shortly before the couple left the event at Camden’s Roundhouse venue.

But Mrs Stokes made light of the report this afternoon, tweeting a photo of her pushing her husband’s face in apparent mockery of the picture. 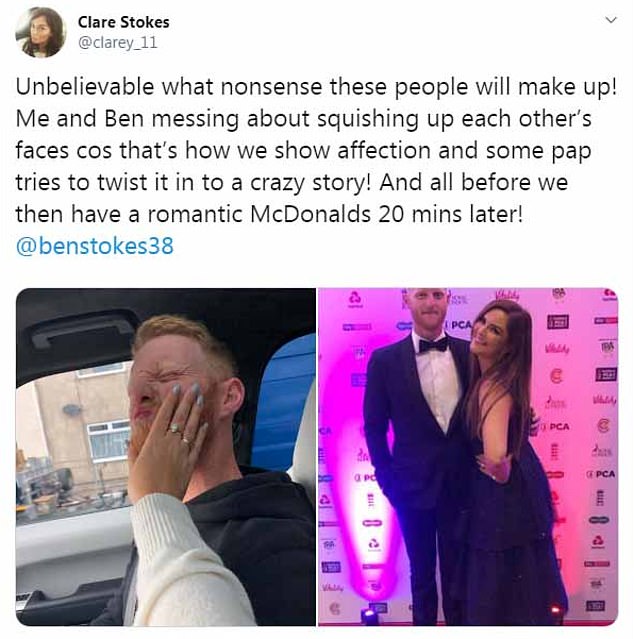 Clare Stokes tweeted this message today after a photo emerged of her husband with his hand in her face at a cricket awards night last week. She made light of the picture, and even posted her own jokey version, with her hand in her husband’s face 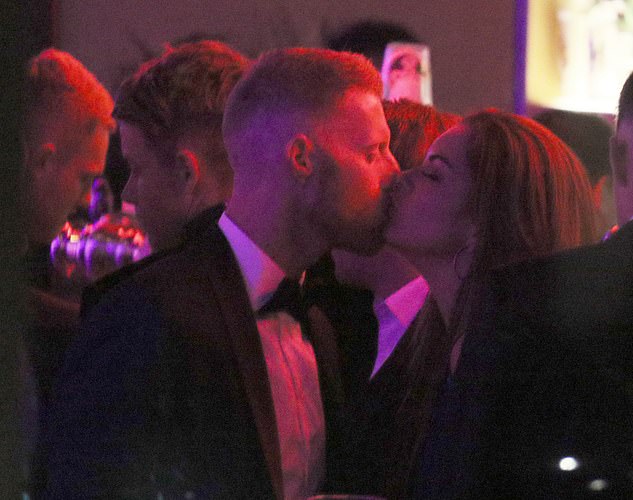 In separate pictures, the couple were pictured kissing at the bar of the Camden venue

She tweeted: ‘Unbelievable what nonsense these people will make up! Me and Ben messing about squishing up each other’s faces cos that’s how we show affection and some pap tries to twist it in to a crazy story!

‘And all before we then have a romantic McDonalds 20 mins later!’

Mrs Stokes also tweeted a photo of her and her husband posing on the red carpet.

Ben Stokes later retweeted his wife’s message, alongside with a kissing emoji, to his 600,000 followers.

Stokes is favourite to be BBC Sports Personality of the Year and tipped for a knighthood because of his heroics in the Cricket World Cup and Ashes series this summer. 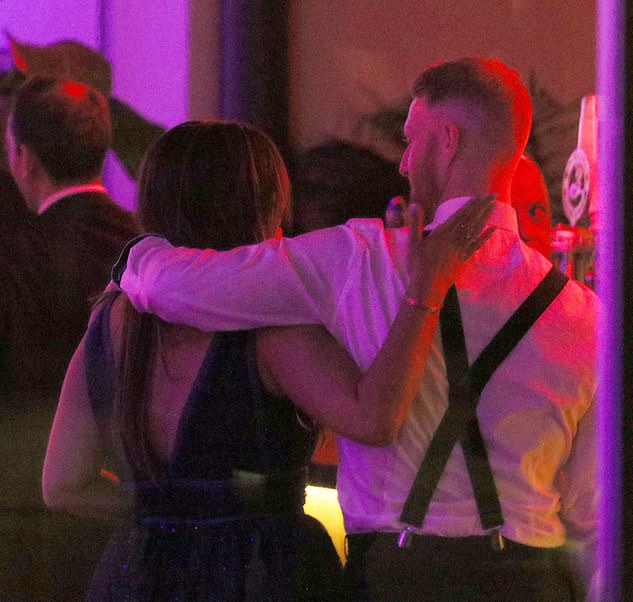 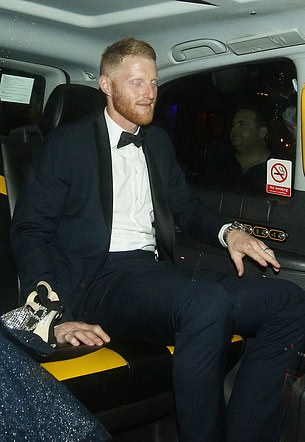 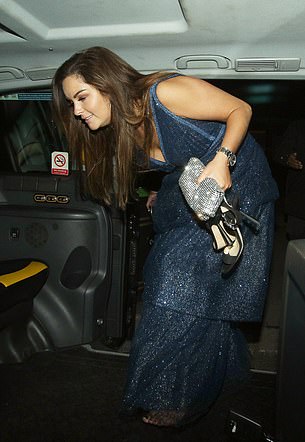 Mrs Stokes said they went for a ‘romantic McDonald’s’ after the event. They were later pictured returning to their hotel

Hardware store was forced to change its sangas after Trevor, 65, slipped on a caramelised onion
Black Friday: 'Nine in ten deals are NOT cheaper' with one TV being sold for '£150 less' in December
Facebook is DOWN! Users the social network has logged them out and they can’t get back in
Ill father found hanged by his own daughter just days before Christmas
Muslim teenager, 18, says she is knocking out boxing stereotypes by wearing her hijab to compete
Wrongly sacked philosopher Sir Roger Scruton is honoured in Poland for promoting free speech
Ysenda Maxtone Graham looks into the biography of political cartoonist Gerald Scarfe
Child stabbed to death in incident where woman and second child were also hurt, in Northern Ireland