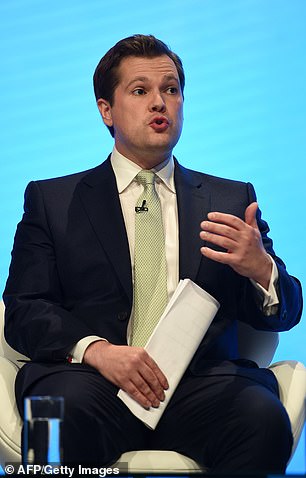 A cabinet minister dropped another strong hint about cutting inheritance tax last night as he attacked its ‘fundamental unfairness’.

Housing Secretary Robert Jenrick said it was ‘particularly unpopular’ because it involved ‘paying tax twice’ when property is passed to children and grandchildren.

The remarks are the second in a week from a senior minister floating the idea of reforming inheritance tax. At the Conservative Party conference last week, Chancellor Sajid Javid floated the idea of abolishing death duties.

Senior Tories want him to address it in his Budget, which could take place by October 31.

Mr Jenrick told Sky News: ‘People are having to leave property that they have saved up their whole lives to leave to their children and grandchildren, to then see them pay additional tax. It’s always been a tax that has been perceived to be unfair, and of course many of those on higher incomes will find financial arrangements to ensure they don’t pay. So I can see why the Chancellor is interested.’

Originally, it only applied to the rich. But property inflation since the Eighties has made more families eligible. It is charged at 40 per cent on the value of an estate above the tax-free threshold of £325,000 (£650,000 for couples). 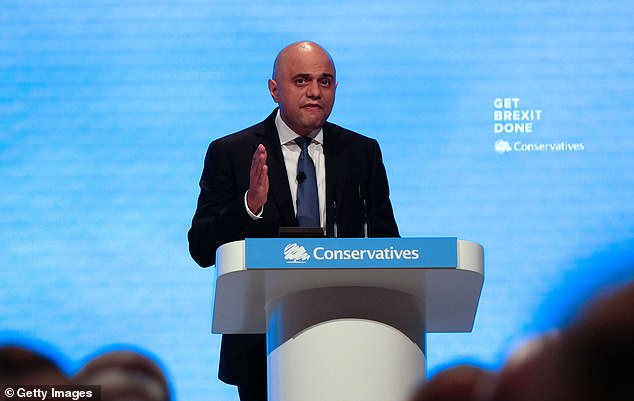 The rise means parents will be able to pass on an estate, including their main home, worth £1million to their children tax-free.

Labour has suggested a lifetime gift tax allowance of £125,000, above which income tax rates would apply. This means a typical couple leaving everything to their two children could let them inherit just £250,000 tax free.

An official review recommended overhauling the rules. Currently, gifts of money, property or possessions made during the seven years before death may be liable to inheritance tax.

The Office of Tax Simplification, an independent adviser to the Treasury, suggested cutting the threshold to five years.

Will Smith sheds tears as he discusses marital woes with Jada Pinkett: 'I was failing miserably'
Golden Globes 2019: The WORST dressed stars on the red carpet
Russian tycoon's son urinates on $3,000 and one puts a Rolex in a bowl of milk in displays of wealth
PAUL THOMAS on... UK doctors' pensions scandal
Britain offers to RELEASE Iranian tanker if Tehran can prove its cargo is not bound for Syria
YouTuber, 41, is one of two people arrested after mass brawl kicked off on P&O cruise liner
Undergraduate's tweet boasting she'll vote twice exposes our lax voting system
Furious Donald Trump says 'no-one knows what Roger Stone did' and demands prosecutors 'APOLOGIZE'